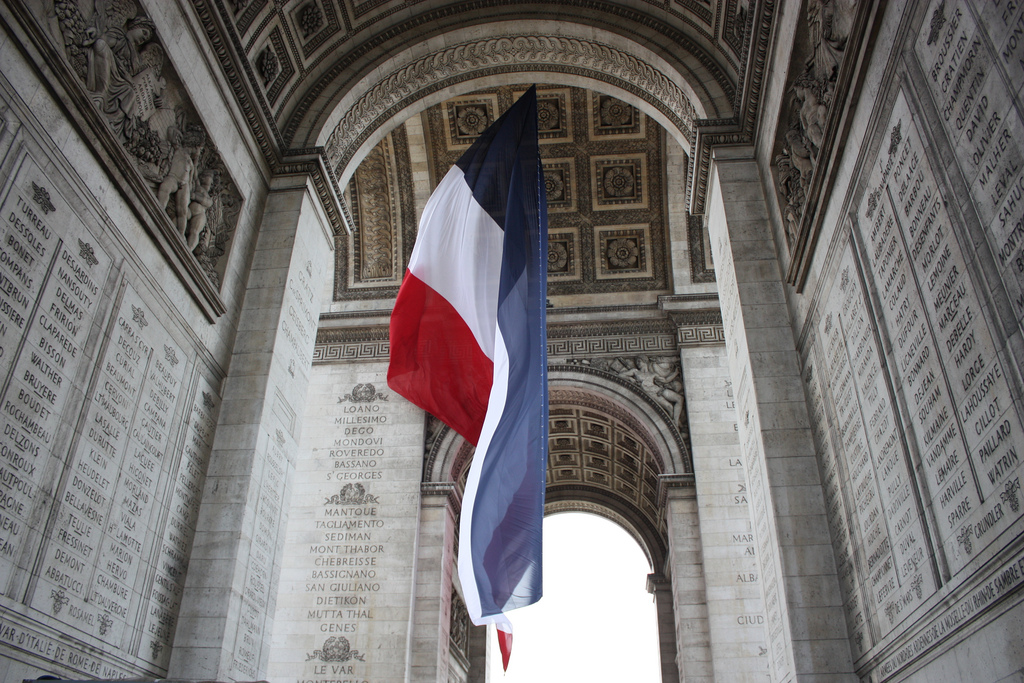 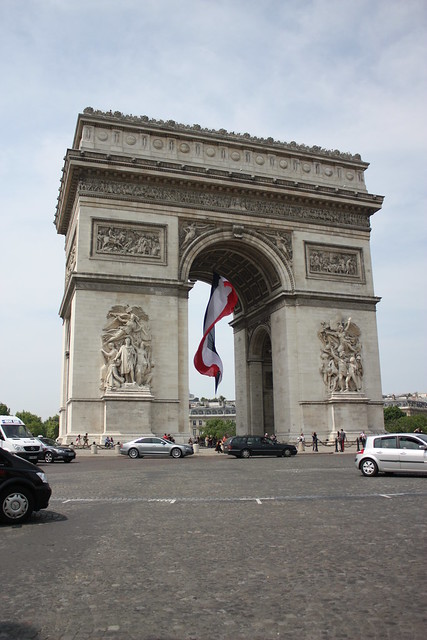 I have something else to confess about Paris.

You’re probably going to get mad at me.

It’s this: I didn’t go to the top of the Arc de Triomphe, either.

Oh, stop lecturing me, imaginary blog critic! I bet you didn’t even know you could go to the top of it (and since you are a product of my imagination, I’m going to say that you definitely didn’t know).

Plus, we were in Paris for, like, a minute. Seriously. It went by in a blink, and I started to question why I spent all that money and time on private French lessons if I was going to be in the city for four days.

I know, I know – travel isn’t the sole reason for learning a language. After all, I speak   Pig Latin and I’ve never been to Ancient Pig Rome.

Plus, my pitiful French did score me a free macaron.

Let’s not forget, I was also traveling with Rand. He was content to see the Arc de Triomphe from a distance, glancing at it over his shoulder while he headed towards a coffee shop. 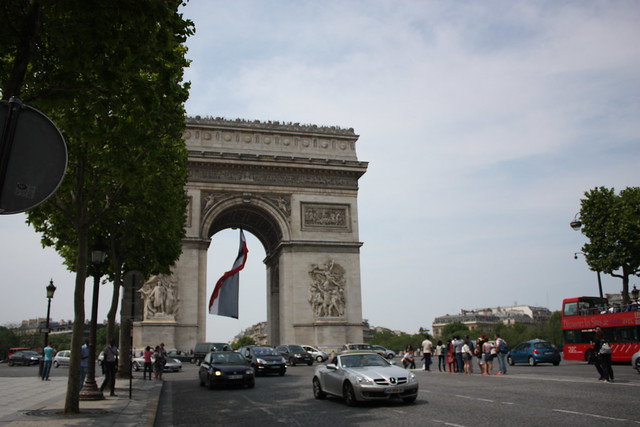 “I’ve seen enough. Let’s get an espresso.” You guys, I AM MARRIED TO A MONSTER.

Some days, I think it’s a miracle that we’ve managed to make this relationship work. I mean, I don’t even like coffee.

And so I considered it a coup that I was able to see the Arc at all, even if it was just to roam around the base of it and stare, somewhat scandalized at the massive line to get to the top, much as I did at the Eiffel Tower.

The Arc de Triomphe sits at the center of a massive traffic circle, so the only way to get to it is to take underground walkways that run underneath the city streets. 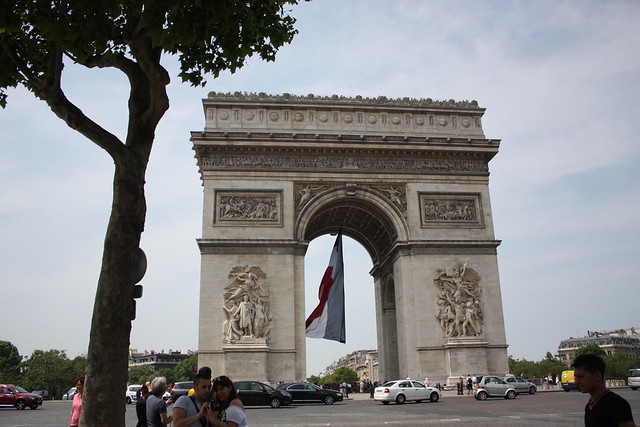 That is where the line begins, in the stifling heat of an underground walkway. Because Paris is so hot, that even being underground isn’t a reprieve in summertime. 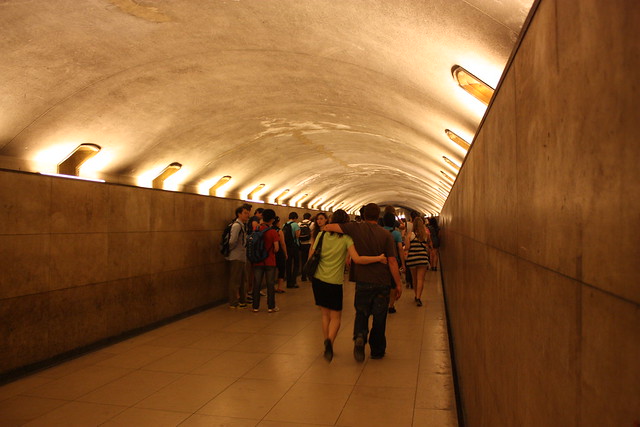 And then you emerge right underneath the Arc de Triomphe. And it’s pretty damn amazing. 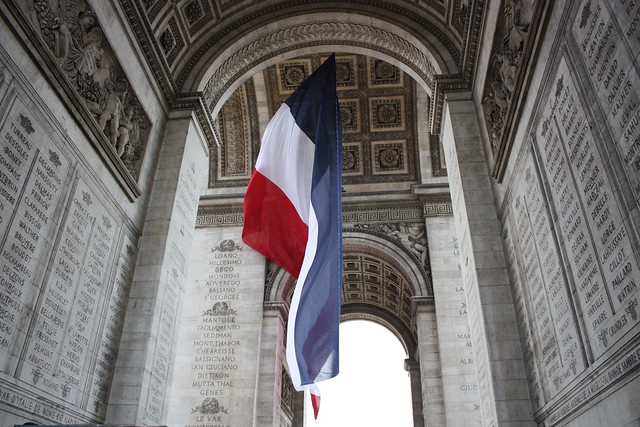 It was commissioned by Napoleon in the early 1800s to honor those who had died in the Napoleonic Wars. Construction was halted after Napoleon was defeated, and started up again in the 1830s, presumably because the King realized that this whole honoring the dead thing wasn’t that bad of an idea, even if it had been Napoleon’s to start with. The role of the arc was now slightly changed: it was regarded as being a memorial and tribute to all of France’s armed forces. 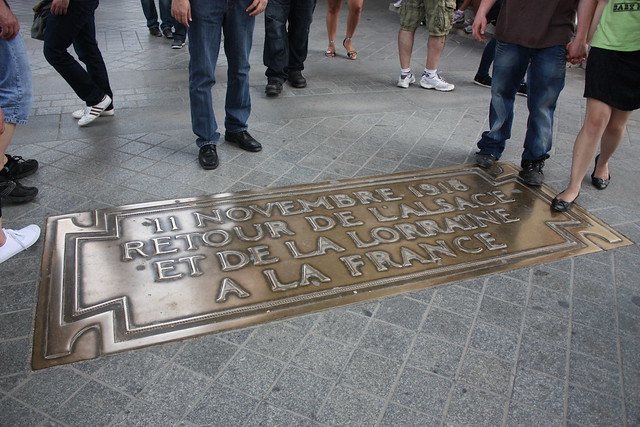 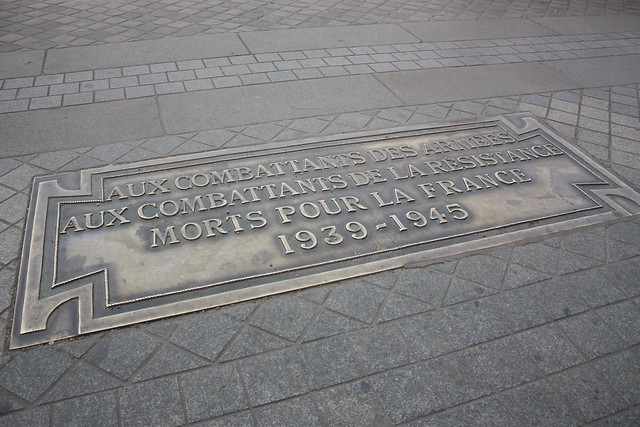 Just underneath the main arc lies the tomb of an unknown soldier from WWI, adorned with an eternal flame. In the 1960s, President Kennedy and First Lady Jacqueline Kennedy visited the tomb. Later, when Kennedy was assassinated, Jackie requested that his tomb have an eternal flame like the one they had seen in Paris. His is the only presidential grave with such a feature. 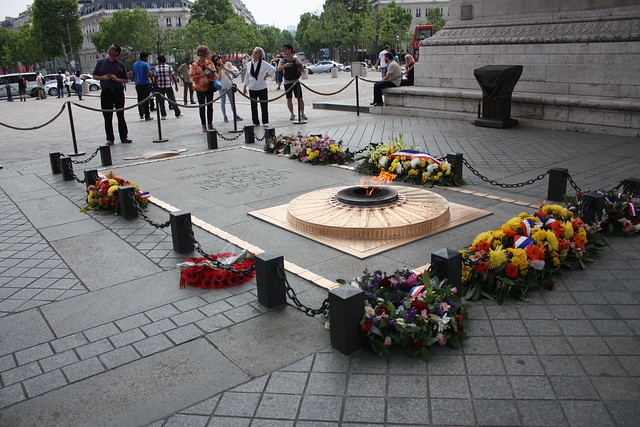 Walking around the arc, it hits you just how hard France has fought for its freedom.

During WWII, after the Nazis invaded, the people of France watched as their country’s landmarks were co-opted. They were obviously resistant to occupation, often in delightful ways – like cutting the elevator lines to the top of the Eiffel Tower, so that a German soldier was forced to climb the nearly 1800 steps to the summit in order to hang a Nazi flag.

But it still must have been devastating to see these monuments, so strongly tied to the French identity, be taken over by invading troops. 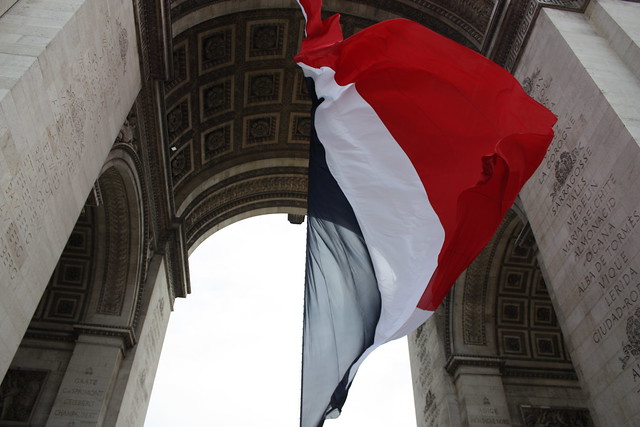 And that’s why you will love this last story I have to tell you, about the Arc de Triomphe.

In the summer of 1942, the war was not going well for the Allied forces. And so the British RAF planned a special mission, to be undertaken by Wing Commander Ken Gatward, in order to boost morale among the French and British.

Gatward was known for being an incredibly skilled pilot, and particularly adept at handling a plane in low altitudes. This mission sent him flying down the Champs Elysee at a ridiculously low height – often no more than 30 feet off the ground. As he crossed the Arc de Triomphe, he dropped an enormous French flag on top of it.

Naturally, the Parisians were pretty damn delighted. In the darkest hour of the war, Gatward had helped them reclaim a little bit of what was theirs. 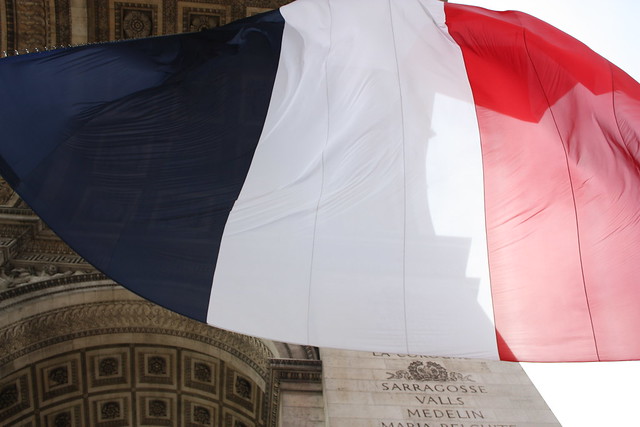 In a few years, the Germans would surrender, and France would be liberated. But the Arc de Triomphe? It kind of already had been.