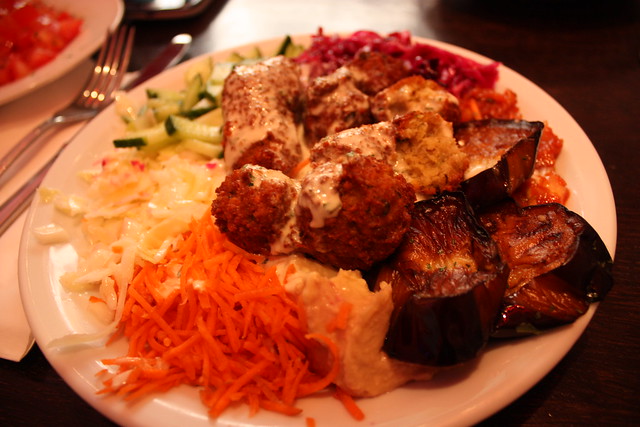 I never, ever thought I’d tire of eating French food, but at some point during our short jaunt I realized that I could not eat another duck confit.

To be fair, this was less about being sick of duck confit and more about wanting to fit into the trousers I had brought with me. Because I could stop myself from eating duck in France, but I could not stop eating eclairs or macarons.

And so, out of sympathy for the waistband of my pants, which had been stretched to the limits of the fabric from which it was composed, my dear husband looked up restaurants that were distinctly not French, and came across Chez H’anna. It is a Middle Eastern restaurant (the entire place being Kosher), in the Marais neighborhood, about a kilometer’s walk from Notre Dame. 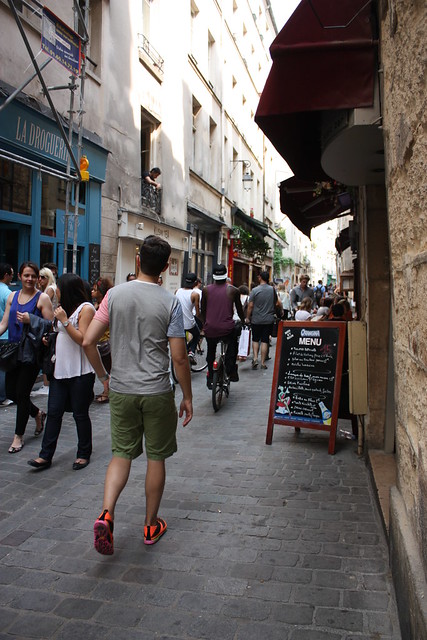 The day was hot and muggy, and the streets were crowded, as was the restaurant, but we arrived late for lunch and far too early for dinner, so we managed to find a small table that was empty. Rand and I sat next to each other so we could look out onto the street and people-watch together. 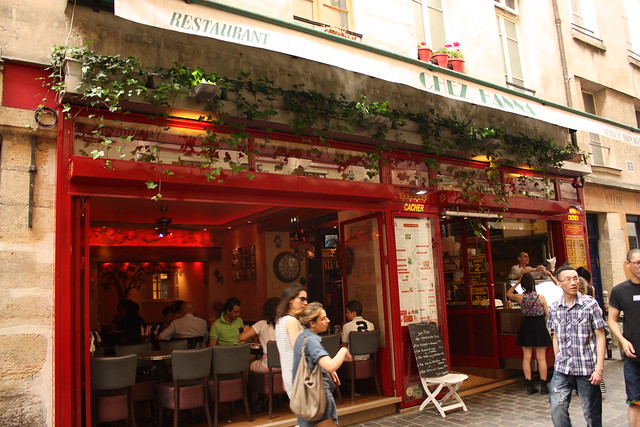 The service was quick and pleasant, and the menu had been translated into English, which proved rather delightful. 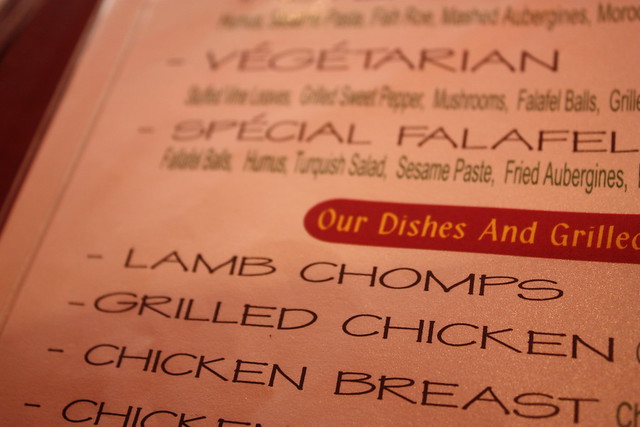 I was too tired to make any important decisions, so I just ordered as Rand did – the Special Falafel plate -which had come highly recommended. It arrived promptly, piled high with crisp golden orbs of falafel, hummus, and a variety of small salads that eventually all ran together. Normally that sort of thing bothers me (I’ve been known to abandon any food once it loses its structural integrity or becomes too messy), but this time, it worked. 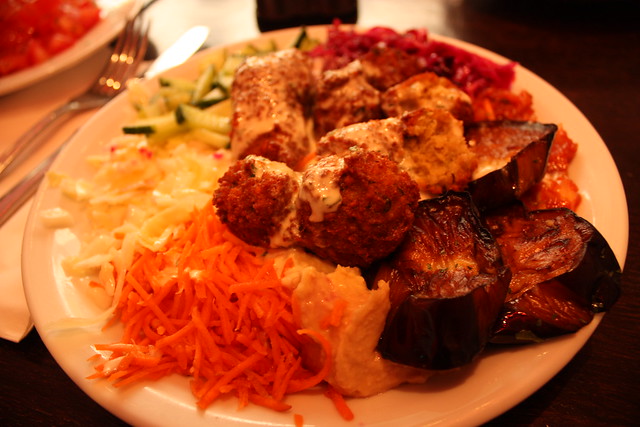 I couldn’t decide if I liked the pile of cold eggplant salad more than I did the cucumber or beet, but it didn’t matter because, in the end, I devoured them all. We sat, full and happy and drowsy with food, sipping water out of stemmed wine glasses. We listened to conversations around us – a mixture of languages, but mostly French – that, like our meal, all ran together in the end. And once again, the result was not unpleasant. It reminded me of the calls of birds.

We watched the people as they walked by, clinked our glasses together, stole a kiss or two and discussed what we’d see next.

And I realized that while there had been no duck confit, no soft cheese, no trace of crusty bread, we had managed to have a very French lunch after all. 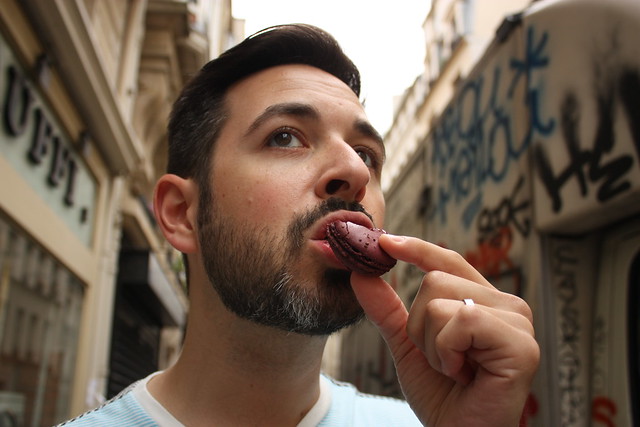