I’m almost done with Paris (at least, as far as blog goes. My personal love affair with the city is just starting). I have only one more post I really need to tackle, about the brunch we had on a grey morning, but I can’t for the life of me remember the name of the restaurant. I’ll have to enlist Rand’s help in looking up the name of the place, which wouldn’t be a bit deal save for the fact that he’s already looked it up for me, but I neglected to write down the name the first time around.

And he’s presently in Boston right now, anyway, speaking at a conference. My friend Kirsten sent me this picture of him on stage, and can I confess something? I totally squealed like a schoolgirl when I saw it, because he’s just so damn cute with his rolled up sleeves and his animated facial expressions.

Also, there are three of him. Mee-yow.

So that about brunch post will have to wait. But in the meantime, a few more photos of the magic of Paris, where even the telephone poles are lovable. 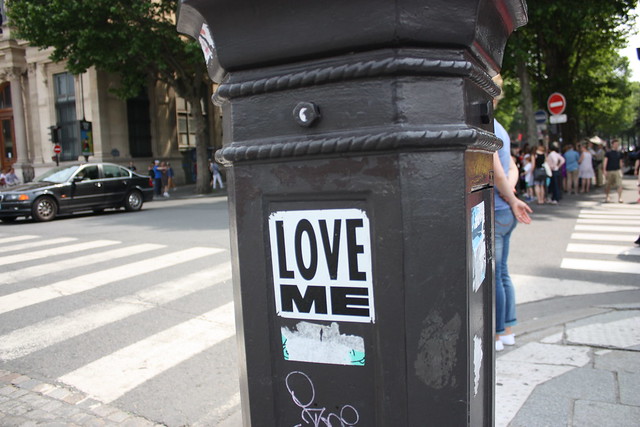 The city has its own soundtrack. 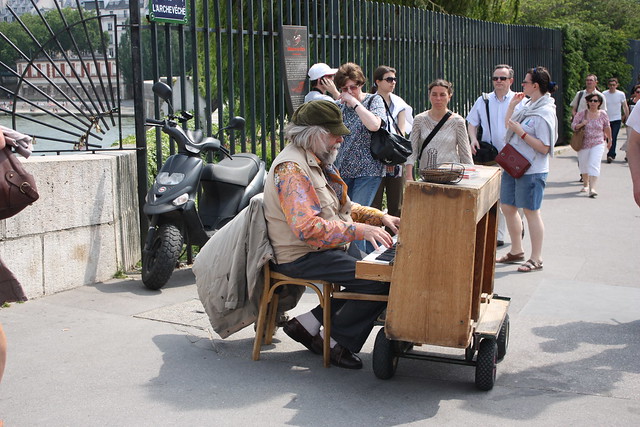 And beautiful people just lay around, waiting for tourists to fall madly in love with them. 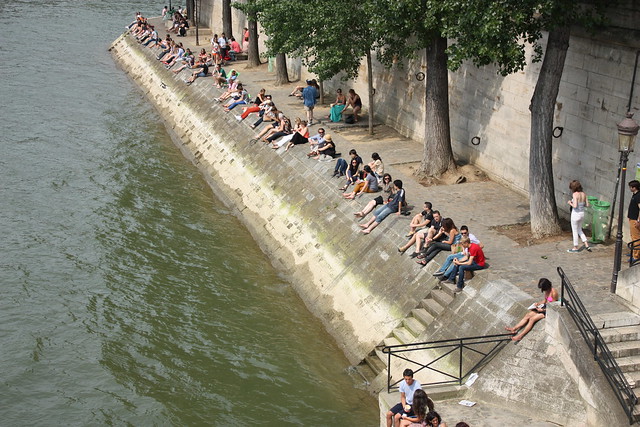 Does the guy in the white shirt come in a bearded version? Lovely. I’ll take two.

And, I SHIT YOU NOT, the police officers wear rollerblades. 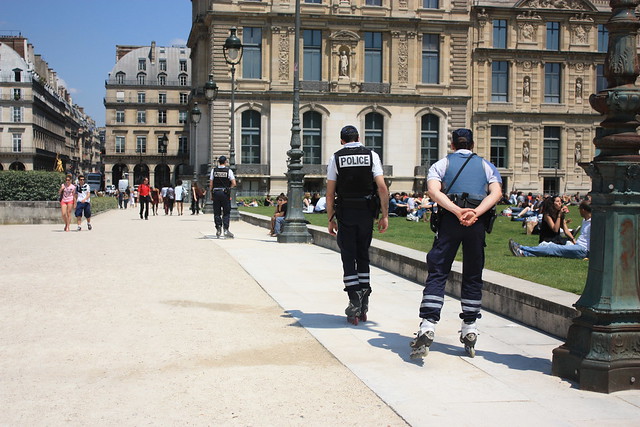