My father lives in a rural part of Bavaria, surrounded by farmland. The air is rich with the smell of cows and manure, and traffic jams are caused by tractors. Should you think I am being hyperbolic on that last point: 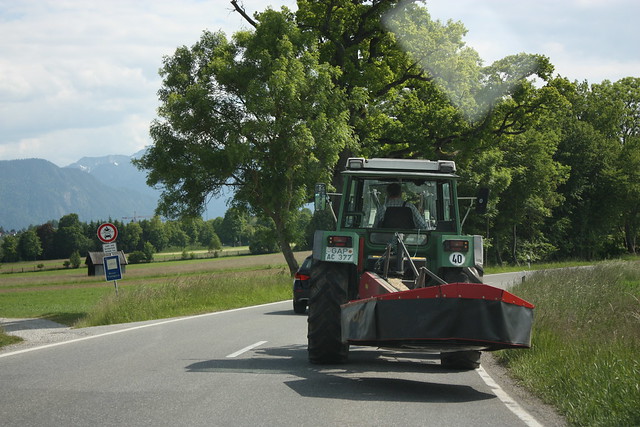 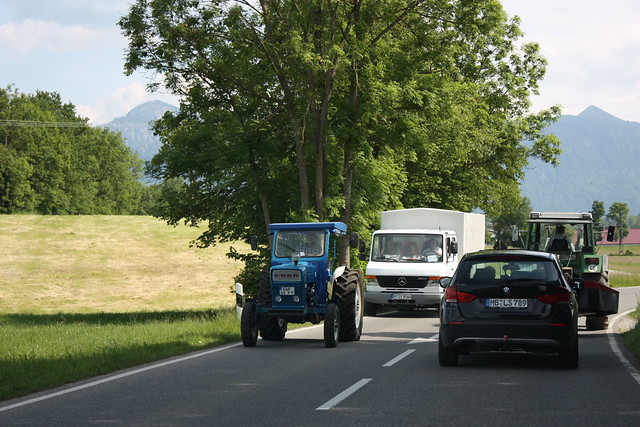 THERE IS FARM EQUIPMENT IN BOTH LANES. It’s basically Kansas, people.

After France, we went to visit him. My brother, sister-in-law, and wee nephew joined us. There’s nothing within walking distance of my dad’s place, except for a small Greek restaurant, so we went there and ate pizza and kabobs outside. 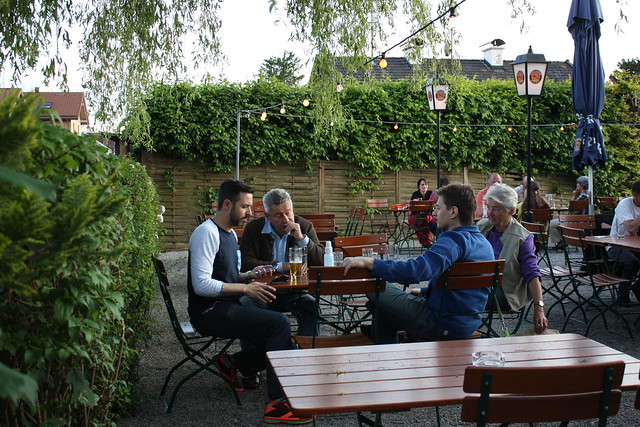 Summer in Bavaria = jeans and fleeces

The little one wanted to try everyone’s drinks. First, there was fizzy water. 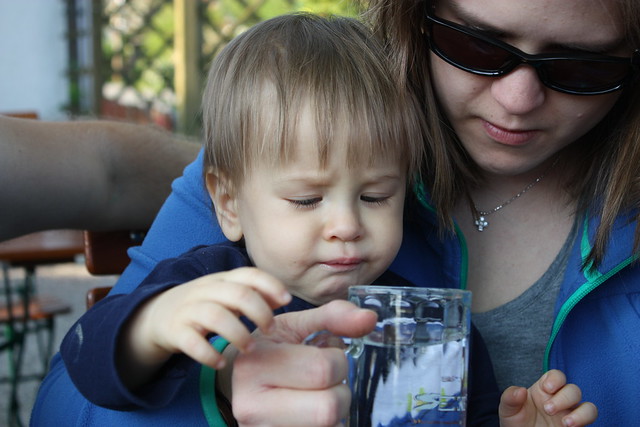 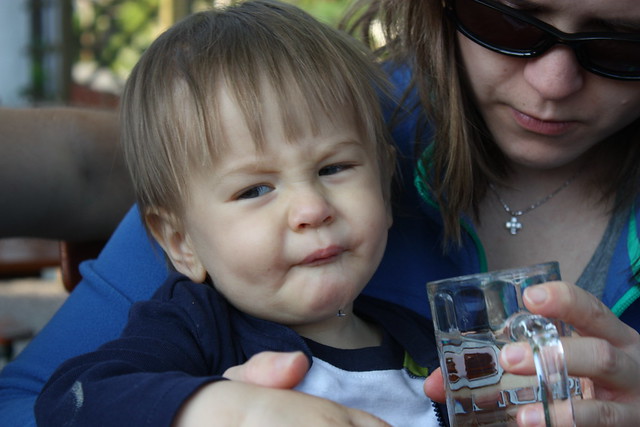 “DEAR GOD IN HEAVEN WHAT ARE YOU BASTARDS FEEDING ME?” said the baby.

Then there was beer. Before you start lecturing me over the negative effects of giving beer to children, let me state a few things:

Here’s the wee on taking a sip of what might be booze (#plausibledeniability): 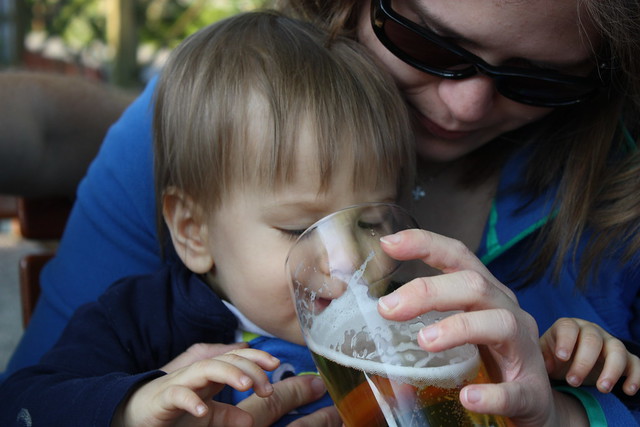 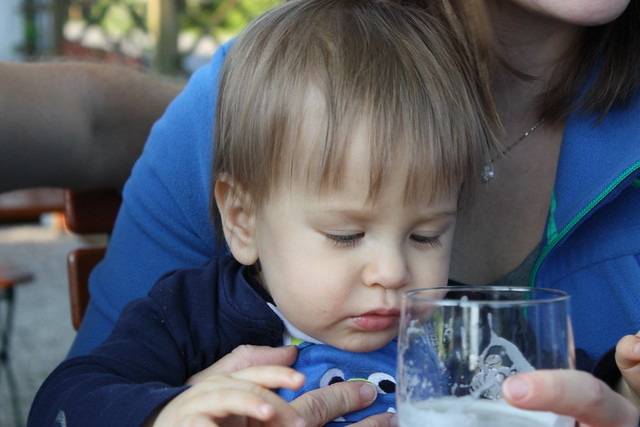 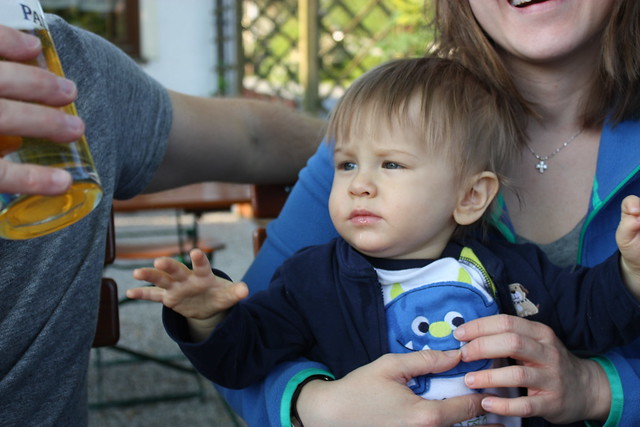 Later, he passed out on his mother. He’s a sloppy drunk.* 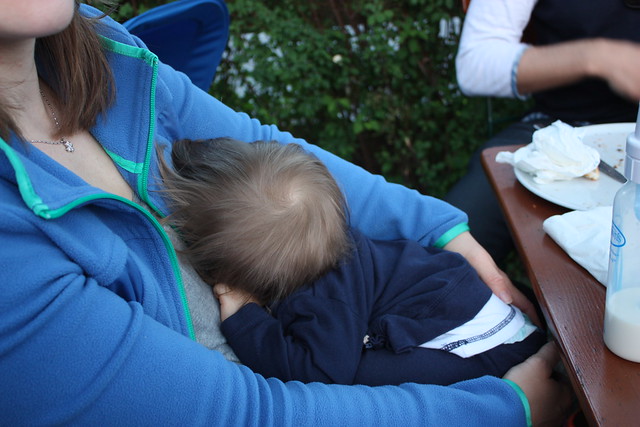 *He also, apparently, peed his pants.