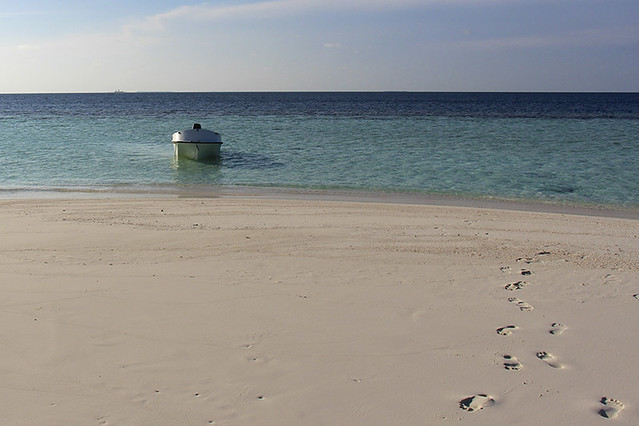 This photo, and all the others in this post, courtesy of Danny.

Last week, my friend Danny emailed me about writing a guest post for the blog. This delighted me, because it meant that I’d get to spend today eating cookie bars and watching daytime television. Also, I got to read something that Danny had written, which is pretty wonderful in and of itself.

He’s written his own bio which appears at the bottom of this post, but I’ve come up with one for him, too:

Danny Dover is funny, adventurous, and consistently kind. There is little more that you can ask of anyone. He blogs about his many escapades over at Life Listed, and one time, he sold me a pair of shoes from Nordstrom.

(I know that Danny’s bio is probably more comprehensive, but I like mine, damn it.)

I was completely stranded on a remote uninhabitable island. The only possessions I had were my camera and a small milk box that my fleeing guide had left as an ironic gift. (The last thing you want on a tropical island is warm milk.) Looking around at the horizon, I couldn’t see any way to escape. I was trapped in the tropical paradise of the Maldives and everything was going exactly to plan. 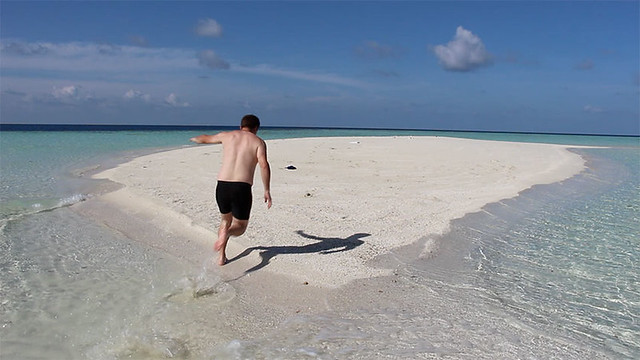 The Maldives are the single most interesting country I have ever visited. I had bought cheap airfare on a whim after watching a documentary on how global warming was flooding the island nation. The country’s president grimly predicted that his entire country would be underwater within 20 years. I had to go now; it didn’t look like I would have a second chance.

The Maldives are a nation of contrast. It is simultaneously the preferred vacation destination of flashy billionaires as well as an Islamic state that forbids the import of alcohol and pork. It is made up of 1,000+ picturesque islands but is currently plagued by political unrest as an up-and-coming liberal party is publicly rebelling against the dominant militaristic political party.

The best adventures start with a ridiculous problem. This one was no exception. I bought my budget airfare (less than $100.00 USD on Sri Lanka airlines) without factoring in the cost of lodging. When I went to go book my room, I couldn’t find a room that was less than $1,000 a night. I searched for hostels and couldn’t find a single one in the entire country.

I sat alone with my laptop contemplating my budget vacation that wasn’t.

Eventually, after scouring old forums posts I found a list of guest houses on the main island of Male. Bingo, $50 a night. The trip could now happen.

My first morning in the Maldives started with one of my favorite activities, foreign negotiations. I wanted to find my own private island (on a budget) and was told by my guest host that there was only one man I needed to talk to.

“Walk about 2 kilometers toward the water and look for a tall bald guy named Gossip”, my host said with a grin.

“Can you tell me anything else about him? I am worried there will be a lot of people by the water.”, I said sheepishly.

“Well he is tall but not that tall, like less tall than you and he is only sort of balding.”

“Umm, thanks”, I said with a visible grin.

The Maldives are very confusing.

We spent the next 45 minutes negotiating. One minute it was a national holiday so there was absolutely no way I could get a private island, the next moment he had a brother who might have exclusive access. Gossip-Allan spent half the negotiation checking with connections on his two cell phones. At one point he accidentally called one phone with the other. He hoped I didn’t notice but I definitely did.

In the end, I found exactly what I was looking for. No made up holidays or exclusive family connections needed.

My biggest misconception of the Maldives was the proximity of the neighboring atolls. The Maldives is a very small country in terms of landmass but it is incredibly spread out. In a speedboat it took me an hour to make it from the main island to a neighboring island.

I arrived at the remote inhabited island right at sunset. 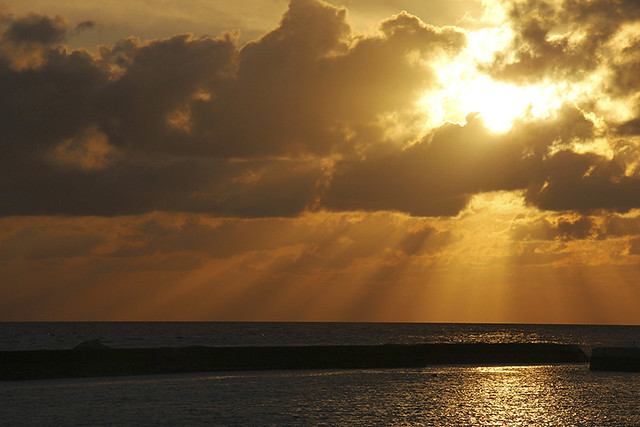 That night I met the only other tourist on the island. Her name was Alice and she was a travel writer from Milan. I could instantly tell something was wrong with the situation.

As soon as our guide joined us for dinner, I figured out what had been happening. Despite the men of the Maldives being religious, they were relentlessly hitting on Alice. She handled it with amicable grace but it was obvious she was tired of having to endure the behavior. After receiving an hour long lecture from our host about how great he was and how deserving he was of higher pay and more sex, I invited Alice to leave the commons area and come explore the rest of the island with me. Together we escaped.

We spent the night walking on remote beaches and swapping life stories. Alice made Han Solo look like a recluse. She had lived in more countries than I have visited. 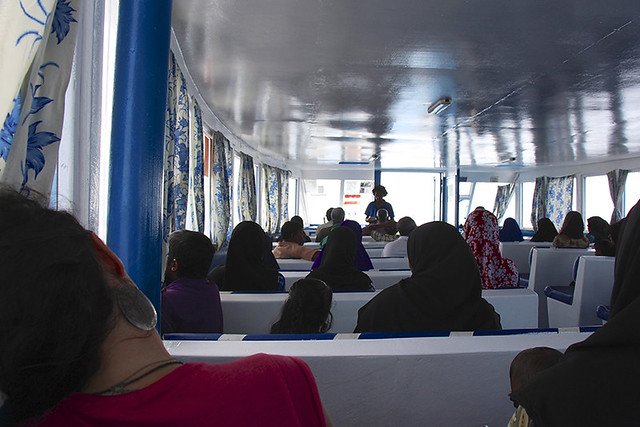 The next morning I work up at 5:00am to make my trek to my abandoned island. 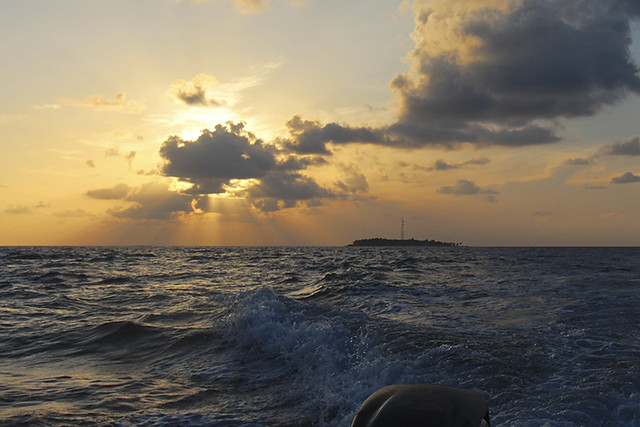 Bumping on the pale blue seas in the warm morning ocean air, I had to verbally remind myself that that moment was part of real life.

My first stop almost made me blush. It was better than the photos I had seen on postcards. Sorry New Zealand, you are dethroned as the most beautiful country in the world. The Maldives just took that title. 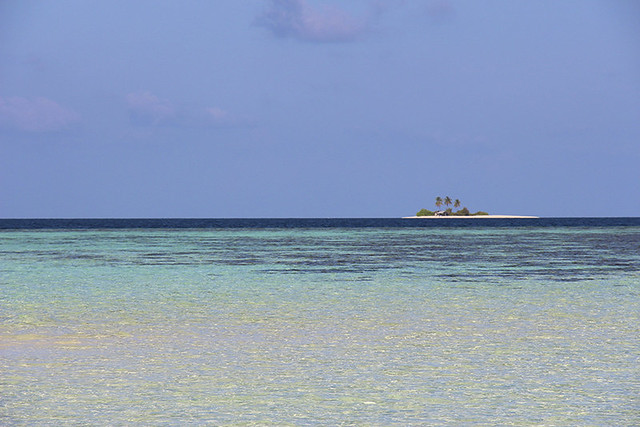 As I sailed away, my guide shouted out in excitement. He stopped the speedboat.

We were surrounded by a group of 40 wild dolphins. 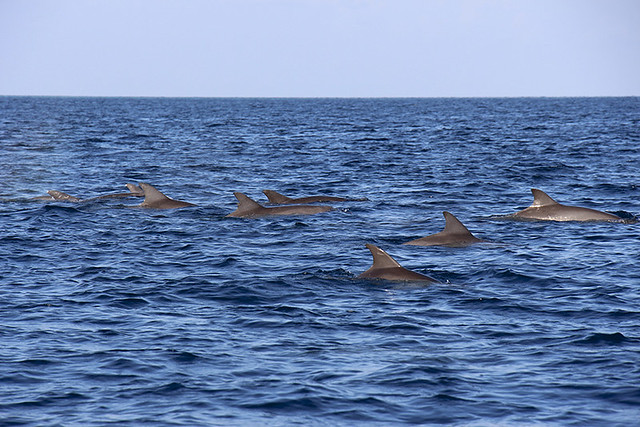 With that as our introduction, we headed in the direction of my private island. I slowly watched as a sandbar emerged on the horizon.

As we got close to the lonely island, I spoke to the guide.

“You are going to pick me up later today, right?”

He looked at me in with genuine confusion. I laughed as I appreciated his joke. Unfortunately, his look of confusion didn’t fade.

He dropped me off and sailed out of sight. If he were to get hit by a bus, my life would be ruined. I was utterly alone.

I stood on my private island unsure of what to do with myself.

I immediately got naked.

It was the ugliest thing to every happen to that beautiful landscape. I hear that the global warming induced flooding of the Maldives slowed that day out of sheer disgust.

I don’t know how long I was stranded on that island but I did enjoy the entirety of it. I was able to live out a boyhood dream of mine and felt more free than any other time in my life. I also did the first naked cartwheel of my life.

Late the next day, Alice and I walked the streets of the main island of Male. Police in riot gear had barricaded most of the main streets and crowds were starting to form. The two competing political parties were due to give big speeches that night and communal TVs had been set up on all of the inhabited islands for the public to watch. 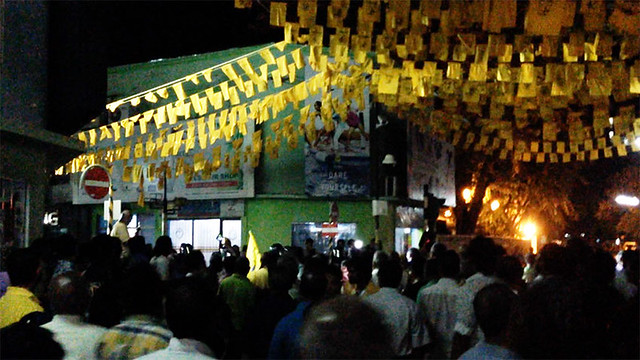 Many teenagers had already been thrown in jail by the conservative party for protesting and as a result more teenagers were out in the streets protesting. The events started out being exciting to watch. The mobs were chanting and throwing things at members of the armed military. After the second police van rammed through a chanting crowd of people who were packed between two barricades, Alice and I exchanged looks. This had gotten too real. It was time to leave.

My time in the contrasting paradise of the Maldives had come to an end. Alice and I were forced to part ways after a mob of people stopped our taxi. Apparently a fire had broken out and people were protesting the fire departments response. Alice and I said goodbye and we were pushed in different directions by the protestors. An hour later, I boarded a flight to Sri Lanka. I had another adventure to start.

Bio: In 2010, Danny Dover made the purpose of his life to complete his Bucket List before the self-imposed deadline of May 25th 2017(now tattooed on his body). In pursuit of his mission, Danny has been traveling full-time for the past three years. His Life List contains 150+ items and is now more than 80% checked off. He believes that waiting until the end of your life to start your bucket list is waiting too long. You can read more about Danny’s journey at Life Listed.