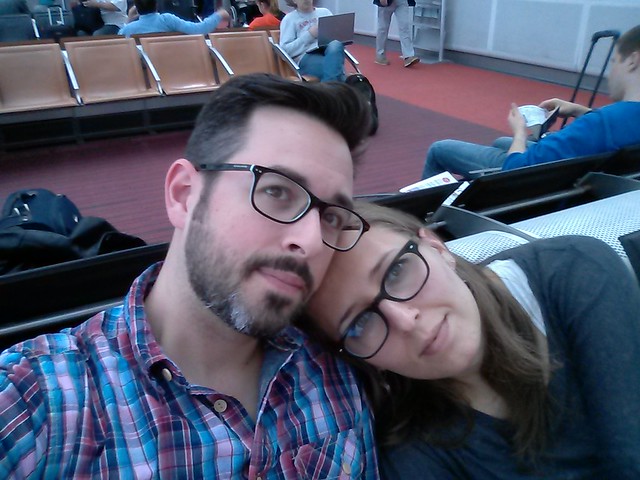 Technically, this is an airport selfie, so it didn’t make the cut.

I already recapped 2013 with a bunch of nauseating photos of me and my husband, making out in various locations around the world. And many of you clicked through it, and managed to contain the contents of your stomach, and for that, you should be commended.

Ideally, we would be through all that unpleasantness, and you’d be reading a reasonably well-crafted and well-researched post about some city that I’m planning to visit. Except that I realized that I had a bunch of unpublished photos from last year – all of them self-portraits that I’d taken just as our plane was about to take off.

And THEN I realized that I had all the ingredients to make cookie bars in my kitchen.

So instead of a well crafted post, you are getting more blurry selfies of me and Rand, occasionally looking exhausted, or making out, or both. Which isn’t terribly interesting, I’ll admit, but I got cookie bars, so … I’d say we’re even, right?

Anywhoodle, here are some more photos of me and Rand on planes. Apologies all around, and long live the cookie bar (until I eat it).

We started the year fuzzy, and tired, and maybe a little bit double-chinny and in need of make-up (I only speak for myself, here. Rand has gorgeous coloring). Here we are on our way to South Africa in January: 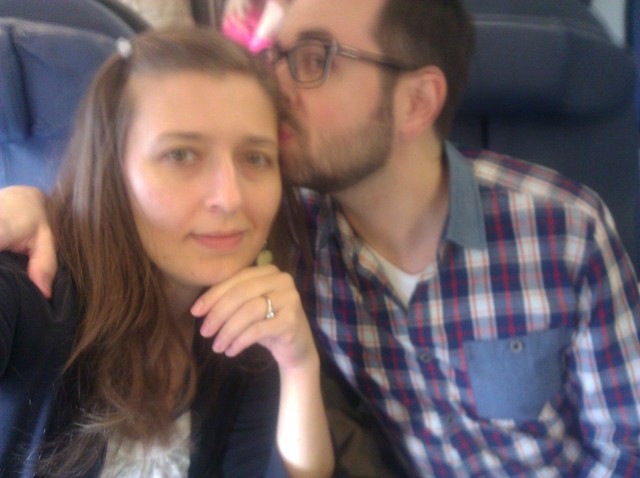 That remains one of the more remarkable experiences in my life.

And here we are, equally fuzzy and tired, on our way to Australia this past March. (Isn’t it weird that this is how exhausted we look at the start of a trip?): 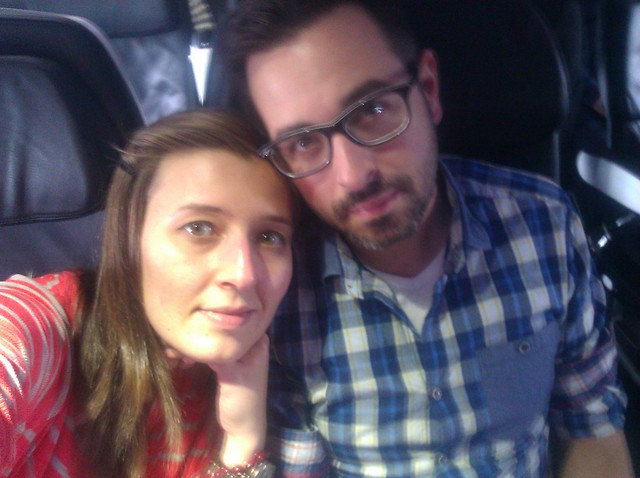 I have since burned that shirt and stomped on the ashes. Who knew that fluorescent coral would be unflattering?

This next photo is surprisingly clear. Not sure what happened there. Though I did cut most of our heads off. Taken in April. I have no idea where we were going. 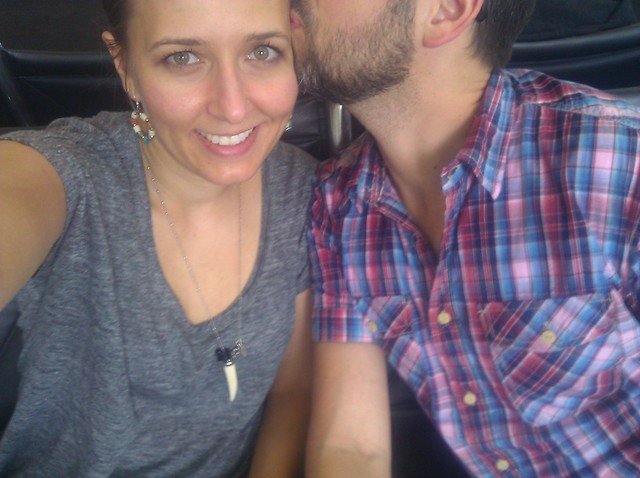 This photo, also taken in April, breaks my heart a little because Rand is missing. I went to California for the weekend without him. I considered making the person sitting beside me take a photo with me, but I chickened out. 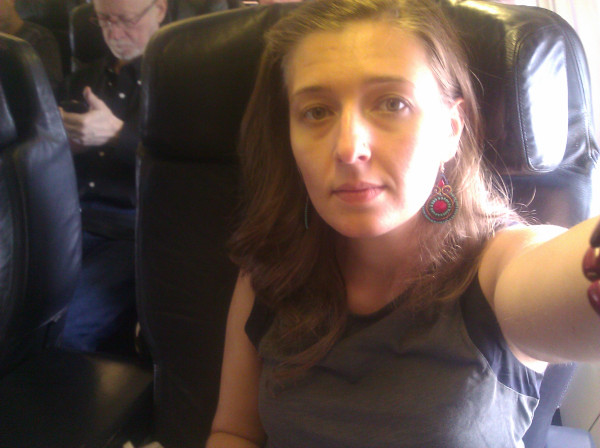 Here we are in May, on our way to Florida from Seattle: 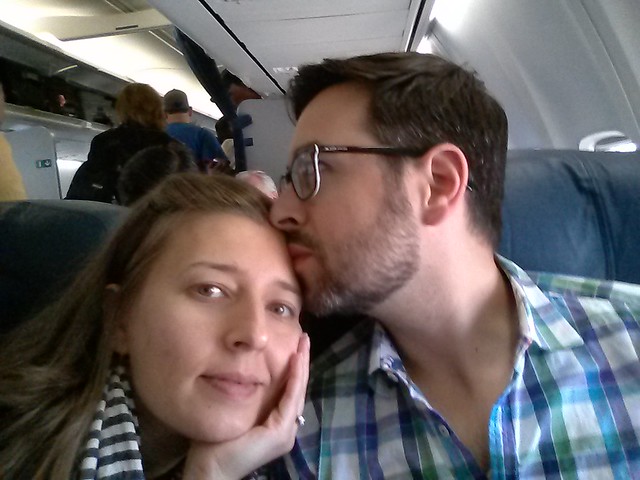 From there we went to Boston. The weather was radically different, so I arrived at Logan Airport in shorts and a straw fedora, and froze. 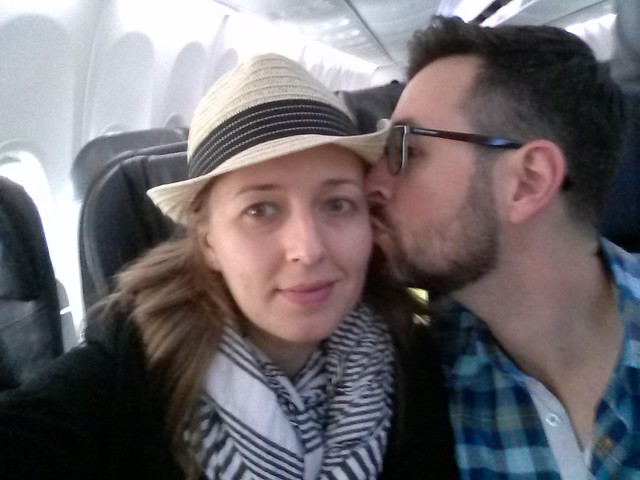 Okay, seriously, why can’t I take ONE non-blurry photo? 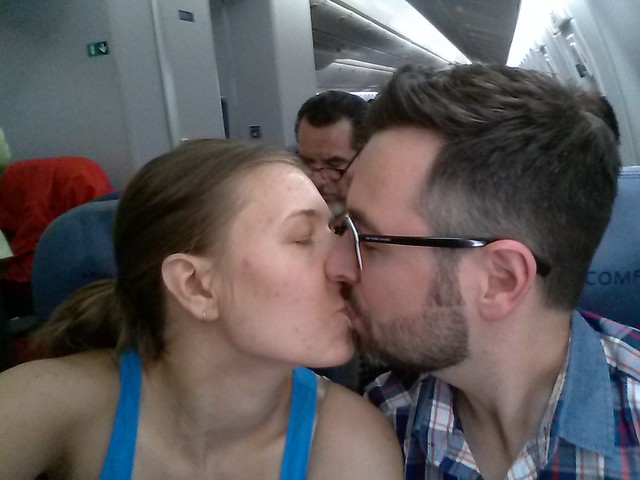 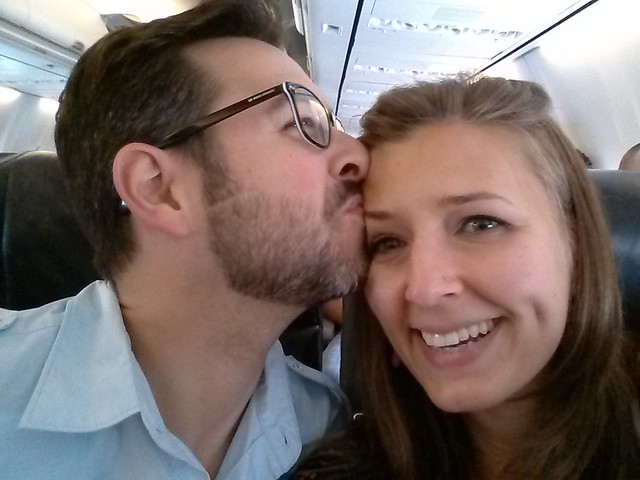 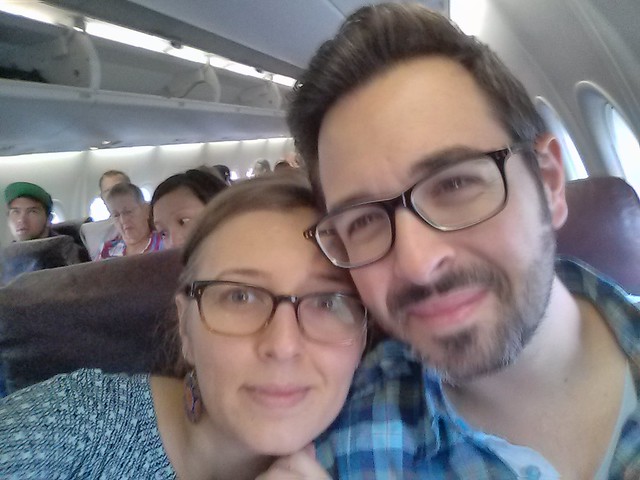 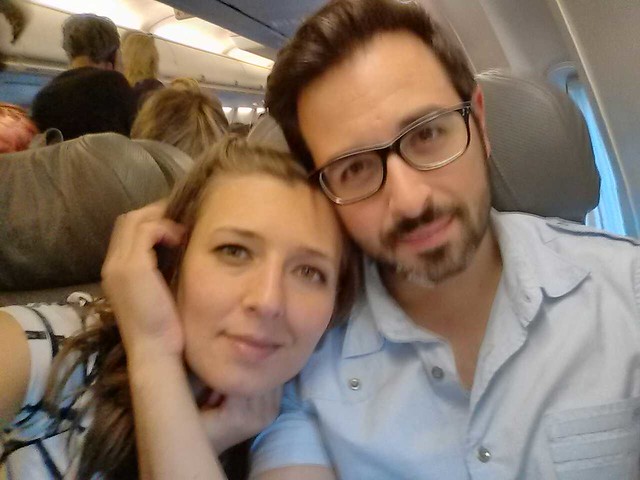 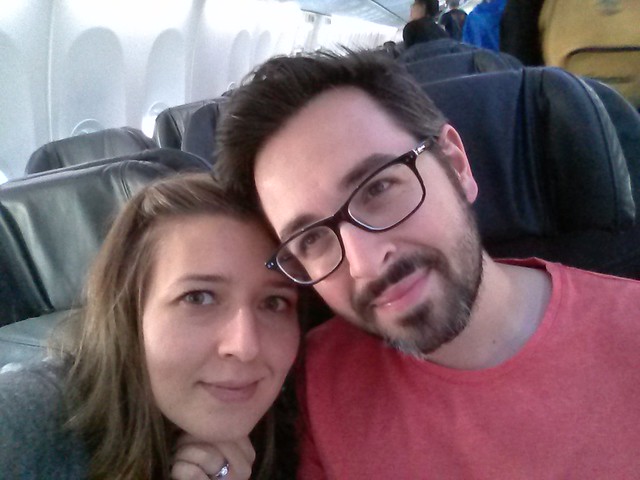 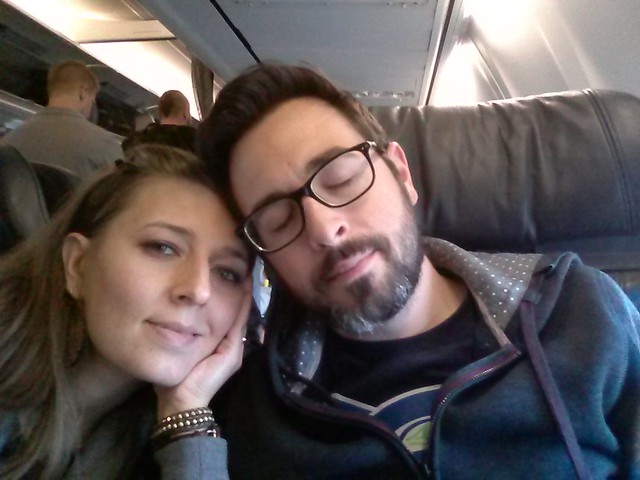 Still sleeping off the Tryptophan. 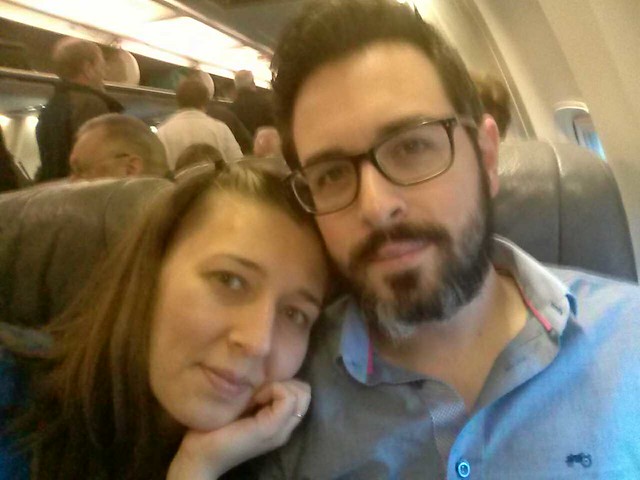 And that was our blurry and exhausting 2013.