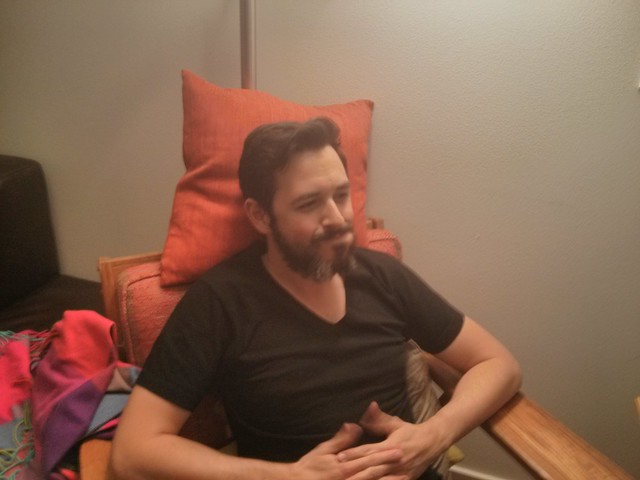 This is the face of a man who has been bested.

By now, you have probably noticed that the milk in the fridge has been dyed pink. You are probably wondering why I did this. My motivation for that act (and so many countless others) is simple: I wanted to mess with you, dearest.

Because you had it coming. Especially after what happened on Monday night. Let us take a moment to talk of that unpleasantness.

Last week was nice, wasn’t it? The weather in Palm Springs was lovely, and we got to eat lots of tacos. I love tacos, don’t you? Of course you do. I wouldn’t marry someone who didn’t like tacos.

But then, after we got home, it happened. I went grocery shopping after dinner, and, in a rare departure from the ordinary, you came with me. You helped me carry the shopping bags home, and placed them on the counter in the kitchen, while I wandered upstairs.

Among those groceries was a half gallon of that pricey organic milk that we always buy, because you’ve convinced me that a baby seal dies every time I buy the cheap stuff.

On Monday night, you placed those groceries on the counter. And there they stayed. All night.

Now, I know what you are going to say: didn’t I, too, neglect to put away the milk? To which I would reply THIS IS NOT ABOUT ME, RAND.

This is about you, leaving the milk out. While I was upstairs working on my computer, you were downstairs, DOING ALL SORTS OF THINGS THAT DID NOT INCLUDE PUTTING THE MILK AWAY.

I mean, what if we had a kid, Rand? And instead of putting the kid away after we got home, you left it on the counter all night? WHAT THEN?

We’d have to go buy a new baby, Rand. And that would be expensive. Babies don’t grow on trees. And as our friend Ruth pointed out, neither does milk -“it’s juice squeezed from a cow.” And babies are squeezed from people. And … um … the point is YOU CANNOT BE WASTEFUL WITH THE THINGS THAT OTHER LIVING BEINGS HAVE SQUEEZED OUT OF THEIR BODIES.

I’ve decided I need to break this habit of yours as soon as possible. So I spent yesterday afternoon trying to think of a suitable punishment.

At first, I considered forcing you to spend all night on the counter, so you’d know how it felt. But, god, you’d whine, and then you’d probably get stuck on that one sticky part of the counter that never comes clean, and in the end it would be more work for me than it would be punishment for you.

Then I briefly contemplated divorce, since I’d have totally reasonable grounds for it (I’d tell everyone how you left the milk out, and then I’d get custody of all our friends). But that sounds exhausting, and I’ve heard it’s not nearly as glamorous as Divorce Court has made it out to be.

Plus, maybe I would miss you. Maybe.

Then, I thought about making you drink the milk that you left out, but I think that you anticipated that, because you immediately threw it away.

After that, I considered not buying any more milk this week, because frankly, I’m not sure either of us deserves it. But then I changed my mind, because cereal.

So there is a nice, full gallon of milk in the fridge, Rand. The fancy kind, too. I just bought it. It’s perfectly drinkable.

It just happens to be pink. 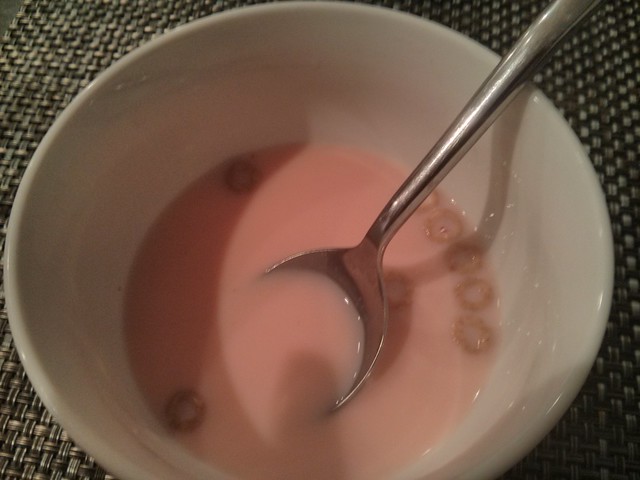 Which probably seems innocuous enough, right? But I know you, Rand. I know that pink milk is going to freak you out. You’ll start thinking it tastes weird. You won’t want to pour it on your cereal, and if you do manage to, you’ll find the pink color clashes horribly with your Cinnamon Toast Crunch.

And guess what, Rand? THE PINK MILK IS JUST THE BEGINNING OF YOUR NIGHTMARES.

Because things are about to get crazy. I’m going to start buying cheap milk. And I’m going to keep the fancy milk cartons, and just pour the cheap milk in there. And vice versa. Oh, and I’m blacking out the expiration dates on every carton I buy.

And let’s not forget all of my baking supplies. Food coloring. Extracts of all kinds. I’ll be adding those at random.

I’ll start making my own labels, too. They won’t offer useful information as to what kind of milk is in the carton. No. The labels will just add to your torment. I’ve already started working on a few. 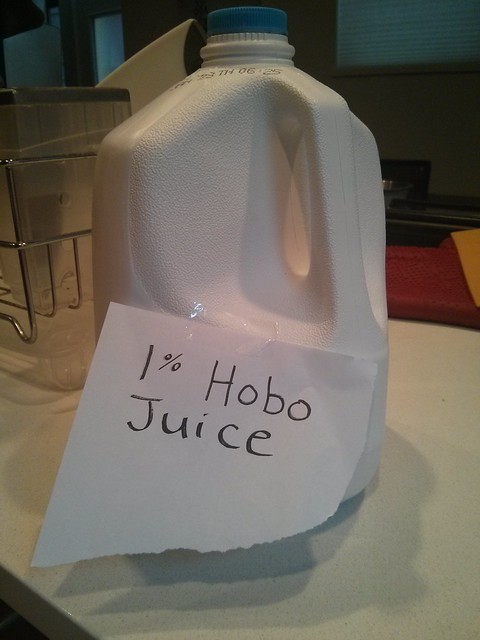 Sometimes, I’ll include details. You will not appreciate them. 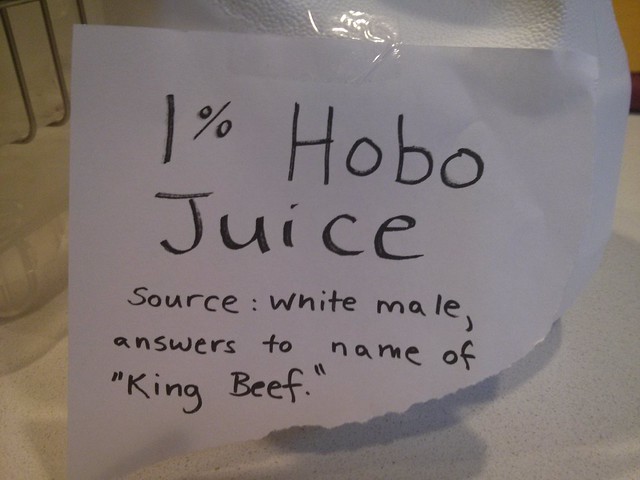 Forget life as you knew it, Rand. Every time you open the fridge and reach for the milk, it will be like spinning a roulette wheel. I’ll basically be like The Joker, except I’ll focus exclusively on dairy.

Welcome to hell. Population: you.

The Woman Who Totally Didn’t Leave the Milk Out

Life at Home, Nothing to Do With Travel, Rand