Rand was in Hamburg last week, while I stayed home and watched American Idol. We were both happy with this arrangement, because he HATES American Idol, and I wasn’t quite feeling up to going to Germany for only two days.

Also, I was able to learn that I kind of hate American Idol, too, and that sort of important introspection can only happen when you are home alone, wincing at the sounds coming out of your TV.

On the way back to Seattle, Rand flew through Charles de Gaulle airport in Paris, and he showed me this picture. 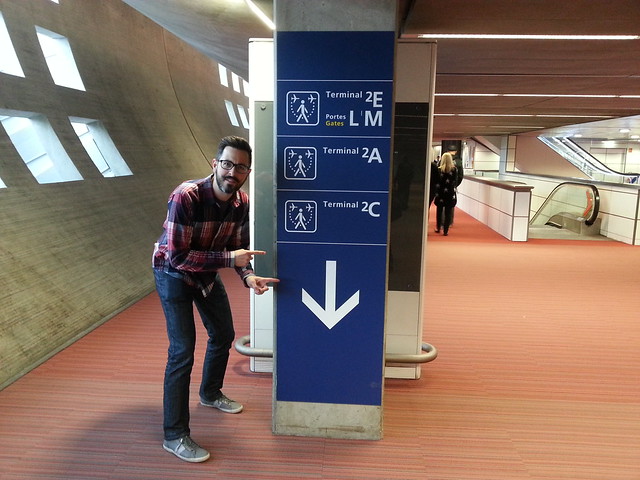 It’s hard to tell, but Rand is making a really awesome WTF face, which he happens to give me whenever I’m navigating us someplace.

“According to the sign, what direction do I need to go in to find those terminals?” he asked.

“I’d assume that you’d need to go downstairs – maybe by taking the escalator on the right?” I ventured.

But indeed, that was the case. In the U.S. (and, if I remember properly, throughout many parts of Europe) when something lies straight ahead of you, a sign will indicate that with an “up” arrow. But in Charles de Gaulle, a down arrow means that you should proceed straight ahead, because the French invented absurdity.

From my American perspective, may I say: WTF.

The good news: it was fine, and despite a delay on the ground, my dear husband made it home safely.

And even more good news – he brought me these: 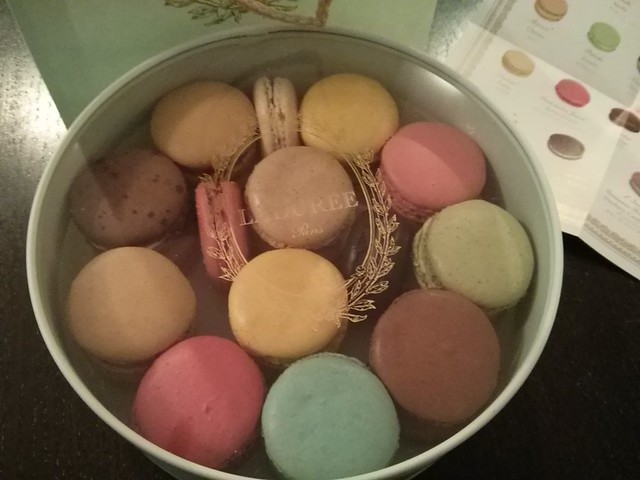 No directions were needed to get them into my mouth. 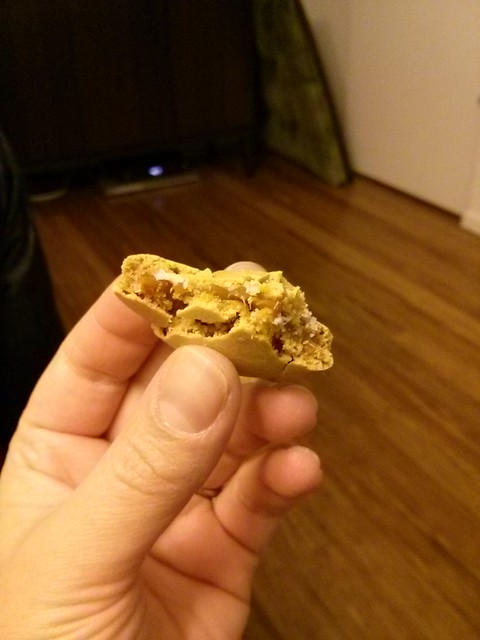 The salted caramel ones are actually filled with caramel. And then I sprinkled more salt on top.