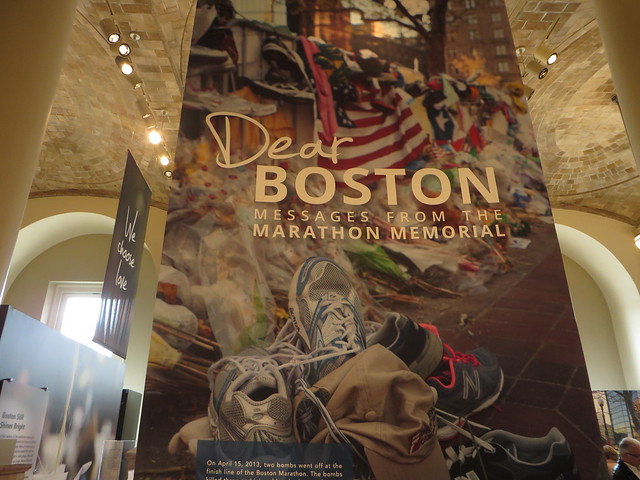 I was in Boston a little more than a week ago. It was a brief trip – two days and two nights in the city. It’s a place that I have few ties to (save for some dear friends and a couple of in-laws) but, holy cats, do I love that town.

When we were there, the city was already preparing for the marathon, which will take place this weekend. The year-anniversary of the bombings (which was this past Tuesday) was still looming large on the horizon.

I’ve been to Boston so many times before that I was stumped as to what I should see. A few locals recommend I stop by the Public Library. In the aftermath of the bombings, people left posters, cards, and tokens of appreciation in makeshift memorials at the site of the attacks. These many objects were later moved to the city archives, but a few items have been pulled out and are now on display through the end of the month at the Library.

The exhibit isn’t terribly big – it occupies only one room – but it’s moving nevertheless. Thousands of people left running shoes at the memorials – some of which were on display. 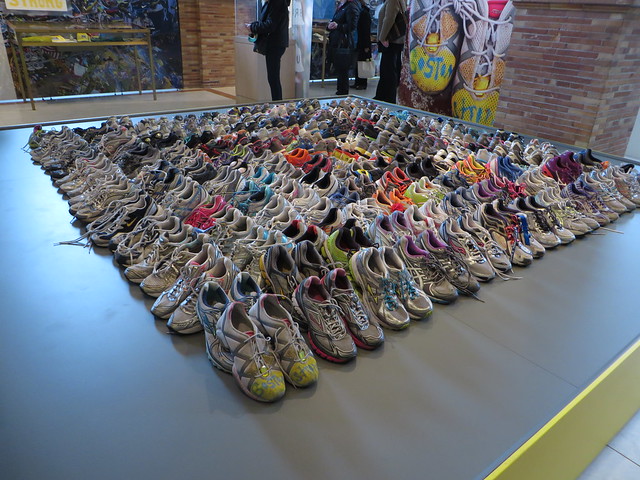 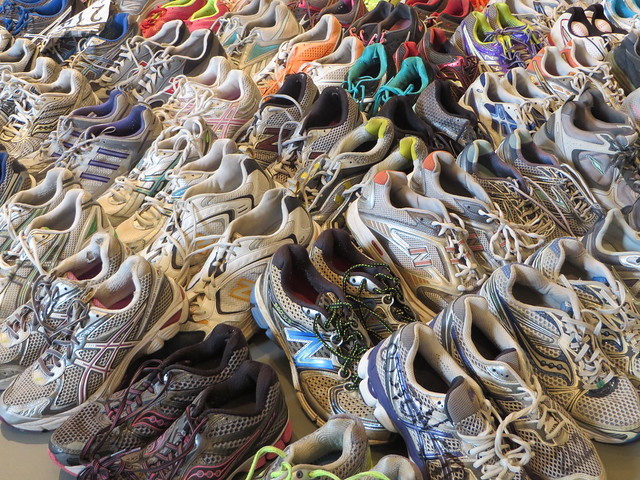 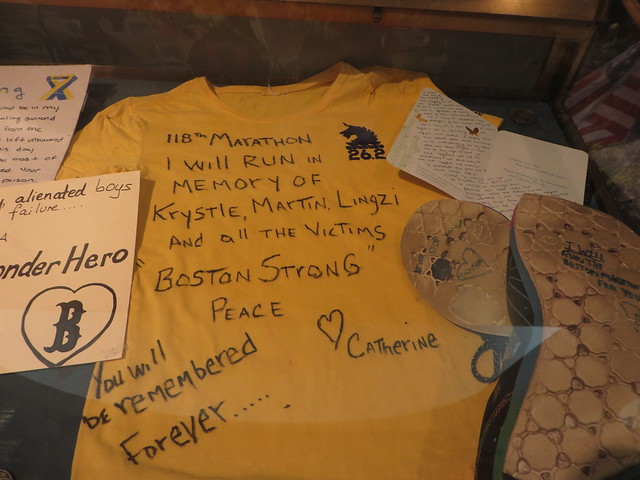 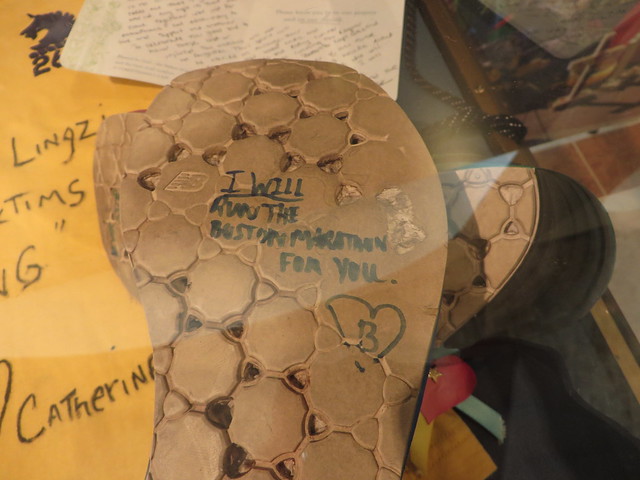 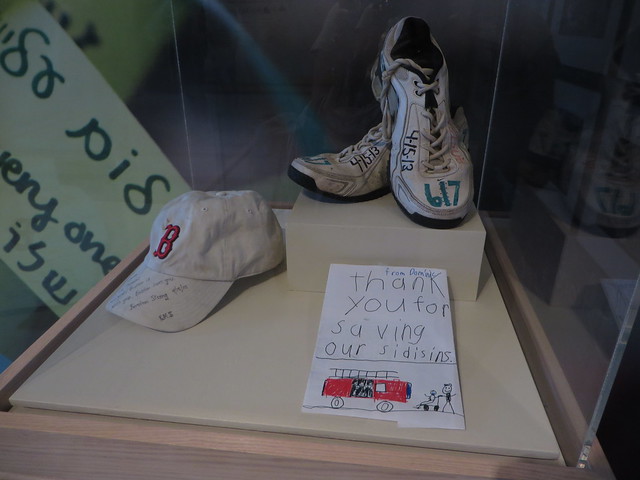 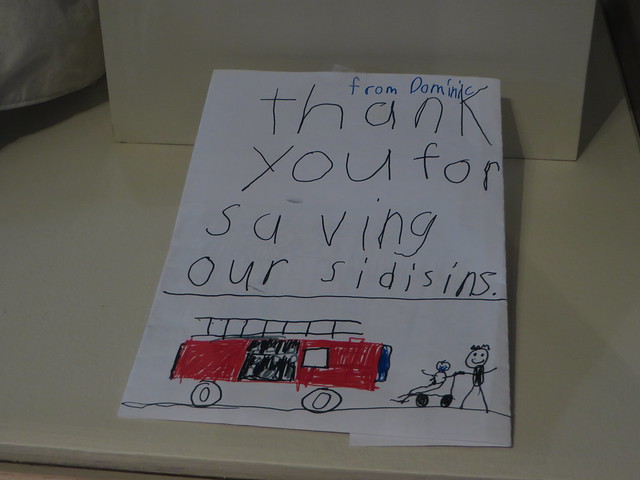 Three people died in the bombings, and one police officer was killed in the aftermath. 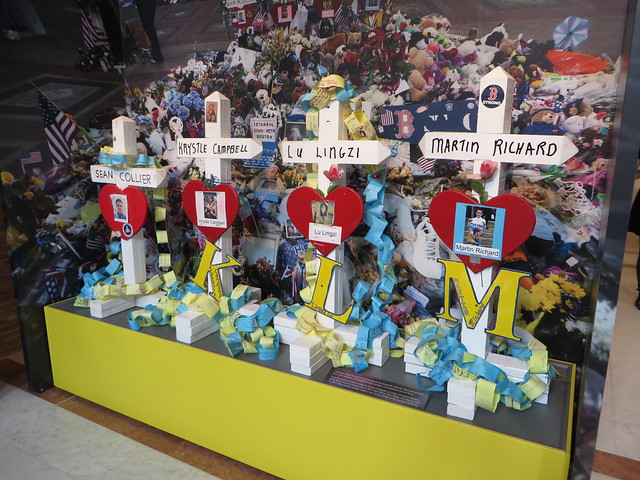 The youngest person to lose his life was an 8-year-old boy from Dorchester named Martin Richard. There’s an extensive story in the Boston Globe about him and his family (his younger sister and parents were among the nearly 300 people who were seriously injured by the bombs). I’ll be honest – it’s an anguishing read. I could only make it through about half of it before losing it altogether.

The year before he died, Martin was studying non-violence and social change in school. He made a poster for his class that read: “No more hurting people. Peace.”

In the aftermath of the attacks, it became a sort of mantra. Martin’s words appeared on many of the cards and posters left at the scene. 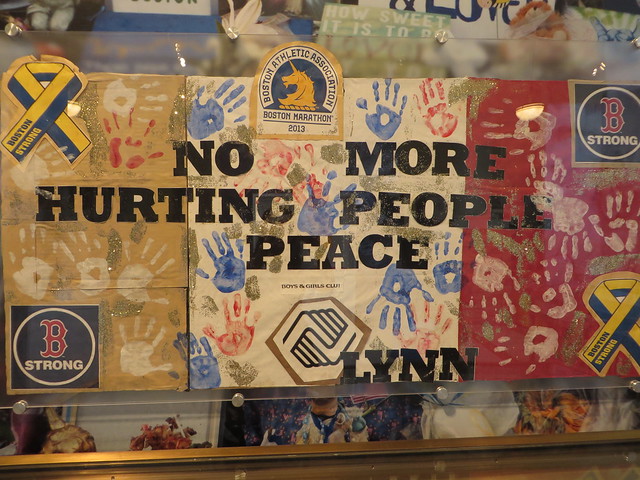 At the end of the exhibit, there were a few potted trees – I anticipate that in the future, they’ll be planted at some park as a memorial to those that lost their lives. Each was decorated with paper tags carrying messages of support. A small table was set up, encouraging visitors to leave their own thoughts. 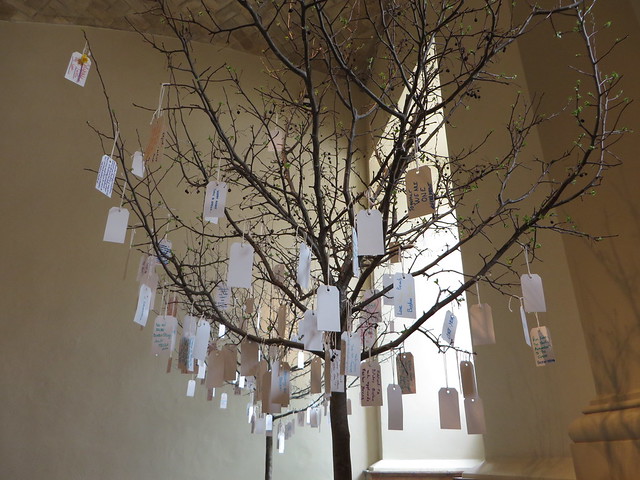 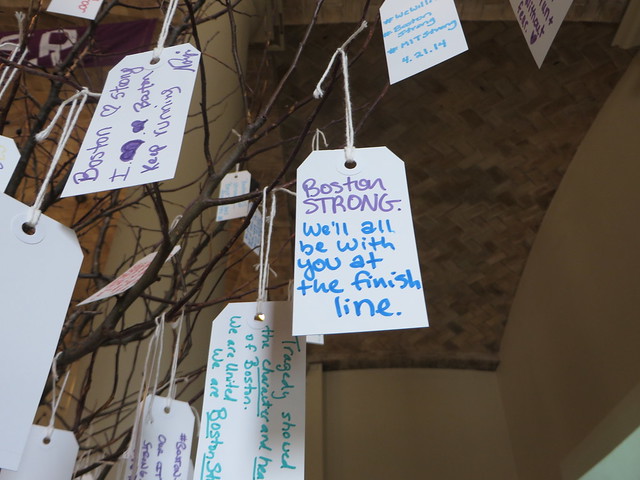 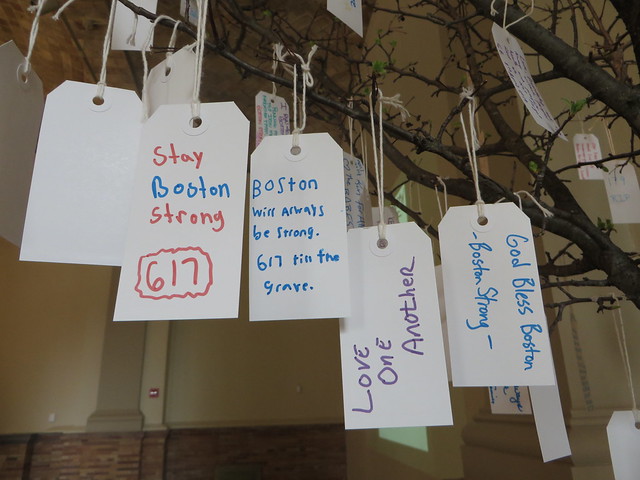 It’s an appropriate venue for such an exhibit: the marathon finish line marks the street just outside the Library’s doors, and across the way you can see Marathon Sports, the running store that served as a triage after last year’s bombings. 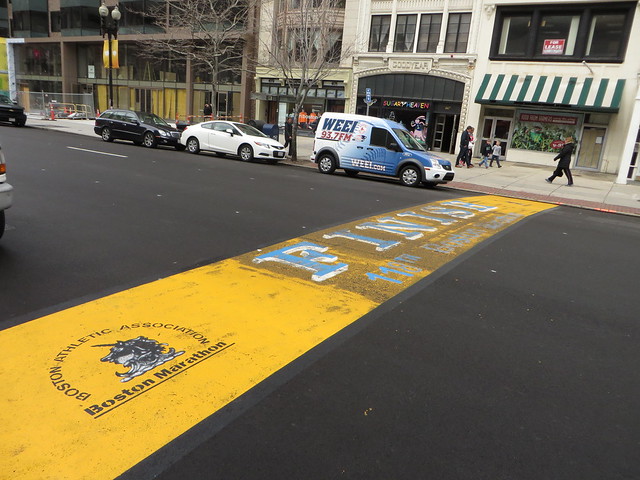 Note: It’s since been repainted, and looks just fantastic. 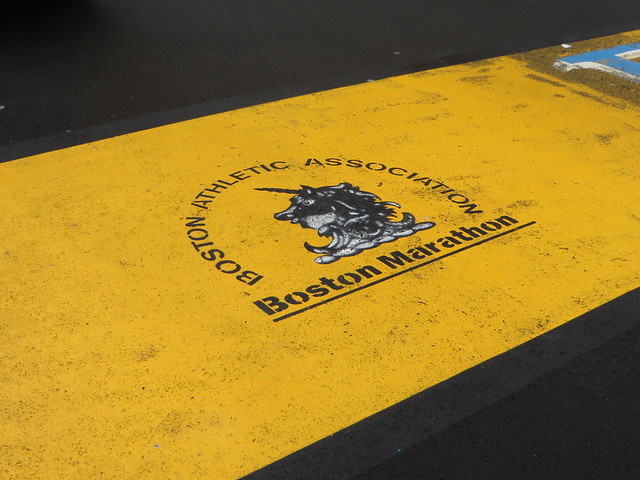 If you are in Boston between now and the end of the month, I highly recommend you take a moment to visit the memorial. It’s small, but definitely worth your time. And for those of you who can’t make it out there, Boston.com has 26.2 reasons for hope on the one-year anniversary.

Don’t be surprised if hits you straight in the heart, even if you don’t have ties to the town. That’s just what Boston does. 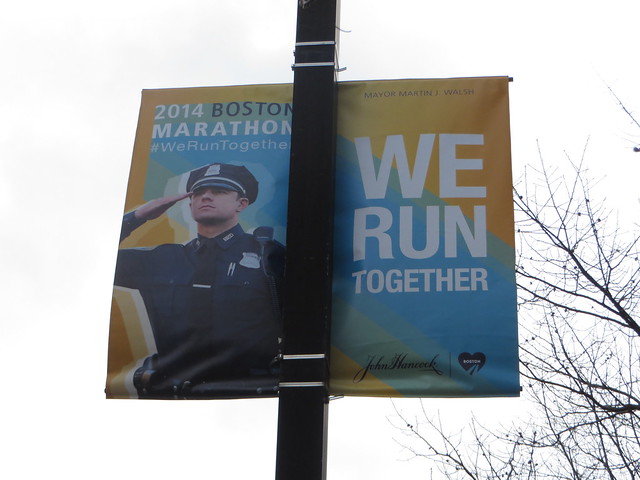