I’ve noticed a continual trend whenever I visit Europe, and it’s getting downright bizarre: t-shirts with non-sensical English words on them.

I know that this isn’t new – there are entire blogs dedicated to this stuff, but usually it occurs in Asian countries that use a non-Roman alphabet, so the discrepancy sort of makes sense, and it’s very much a two-way street: I knew plenty of girls in college who didn’t speak a lick of Japanese but that didn’t stop them from getting tattoos of what they claimed were the kanji symbols for “harmony” and “happiness.”

I have no idea how they verified that.

But the thing is, practically everyone in Europe speaks English. And they speak it very, very well. And yet there are still lots of shirts like this: 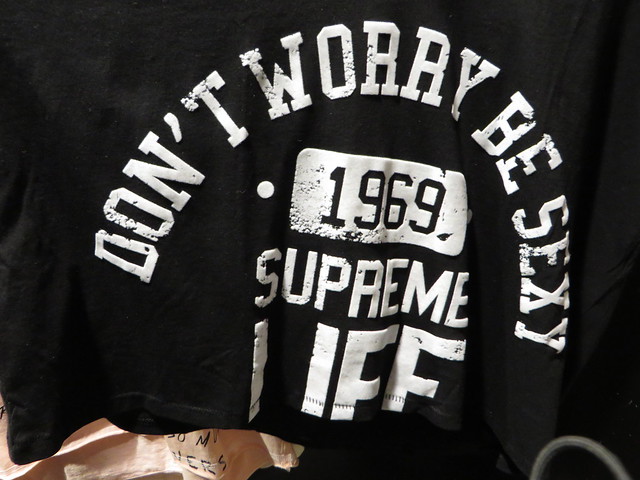 Yes. Of course. You guys, I can’t even begin to tell you how many times I’ve been stressed about something, and decide to amp up the sexiness to combat it. So instead of filing my taxes, I shave my legs and put on some red lipstick. Yup. Totes supreme life. 1969.

I found that shirt, along with the rest of these in a shop in downtown Munich. Each one was more baffling than the next.

Syntactically speaking, this is problematic, at best: 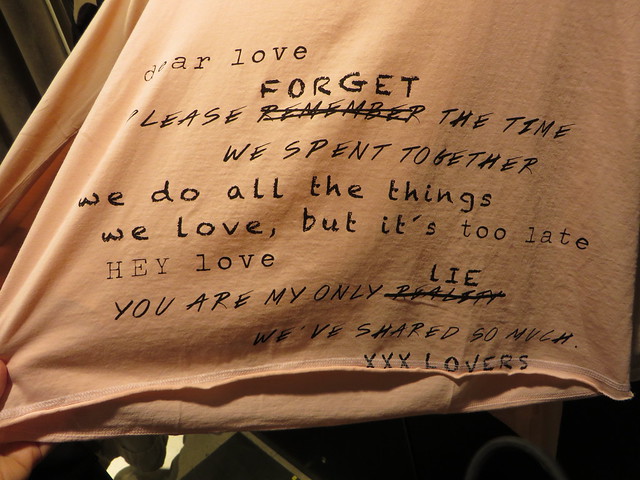 THIS DIDN’T EVEN MAKE SENSE BEFORE THINGS WERE SCRATCHED OUT ON IT.

I keep thinking that there’s more to it – like the sentences somehow got cut-off halfway through.

“We do all the things we love, but it’s too late … to do some of them right now. Like going to Dairy Queen (it closed 3 hours ago).”

For the record, I would totally wear a shirt that said that.

This one almost passes for normal: 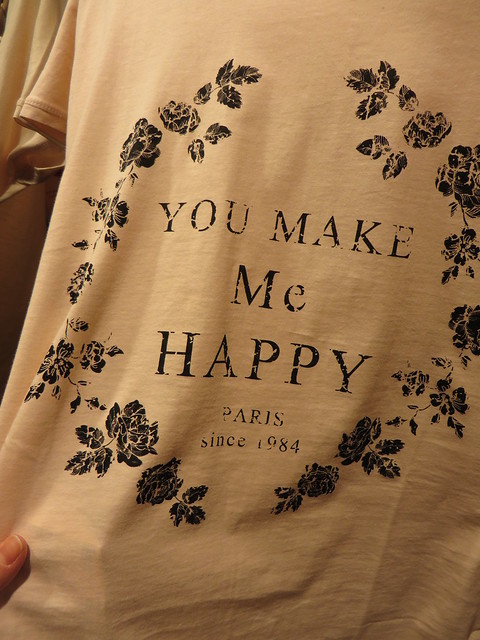 Until you actually start thinking about it, at which point you run the risk of your head exploding.

Let’s ignore the random capitalization of key words and phrases (GaH, WHAT why?) and just focus on the text of the shirt itself:

“You make me happy.”

Okay. Fine. A little weird, but whatever.  Then:

NONE OF THAT MEANS ANYTHING. The only thing I could find which links those two concepts is that the movie Paris, Texas came out in 1984. Which led me down an internet rabbit hole and twenty minutes later, I was looking up photos of a young Dean Stockwell. Which was delightful (Dean was a dish), but did not shed any light on the aforementioned shirt.

Moving on, this seems like the most innocuous one of the bunch: 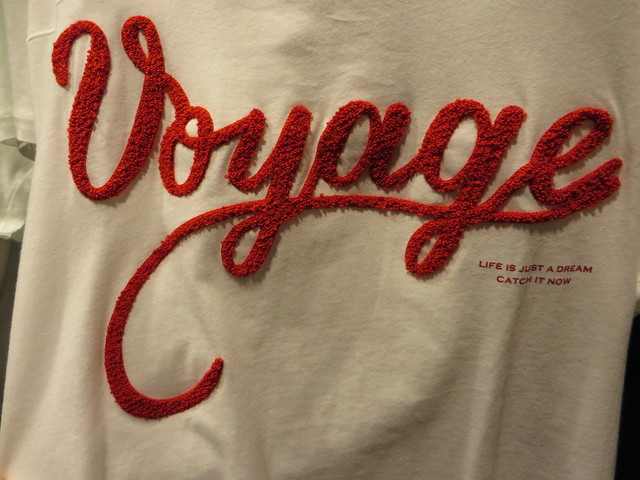 It says “Voyage” in huge red letters. Okay. Fine. I’m okay with weird brand names. It’s the tagline in the corner that’s got me totally bewildered.

“LIFE IS JUST A DREAM

I … I just don’t even … WHAT? It’s like poetry written by a drunk 11-year-old. You guys know how I feel about 11-year-olds and drinking and poetry.

11-year olds writing poetry while drunk is NOT OKAY AND MAKES FOR REALLY WEIRD T-SHIRTS.

And yet, the more I stare at them, the more I struggle to understand what, exactly, these shirts are trying to tell me, the more magical they become.

I wish I had bought one. Or two. Or all four.

Life is just a dream, you guys. Catch it now.