I’ve been to Munich so many times that I’ve started to take the city for granted. I’ve somehow convinced myself that I’ve seen all there is to see in the city. This is patently untrue. 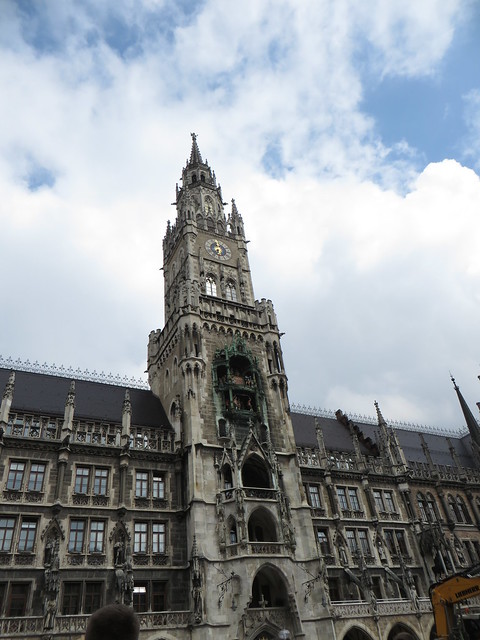 Entire districts of have completely escaped my notice. I’ve a list of museums I’ve yet to visit. Hell, there are still things to see in the parts of the city that I know well.

Case in point: I was downtown, in Marienplatz, watching the Glockenspiel, as I done many, many times before. And I realized that while I’d entered the courtyard behind it many times, I’d never actually explored further than that. 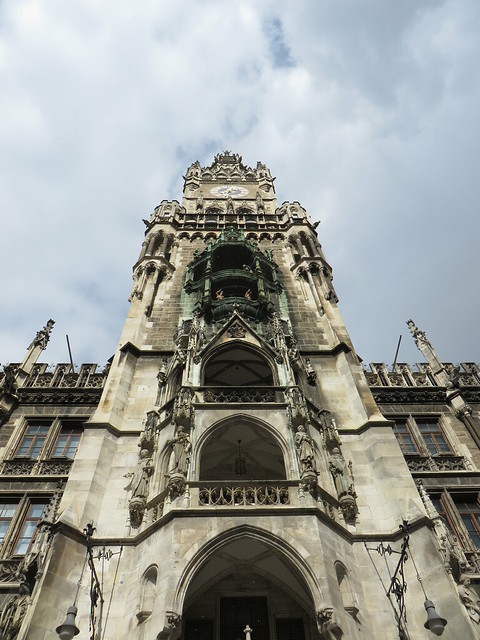 This time, though, I did.

I had noticed a few signs and banners mentioning a gallery, and I followed them. They led me into the building itself, which was virtually deserted. 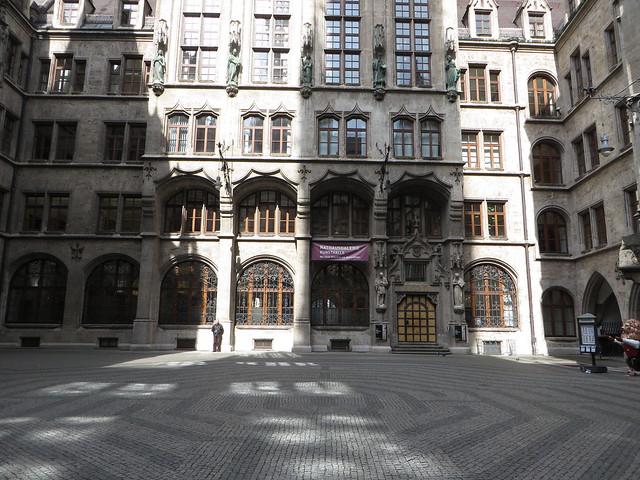 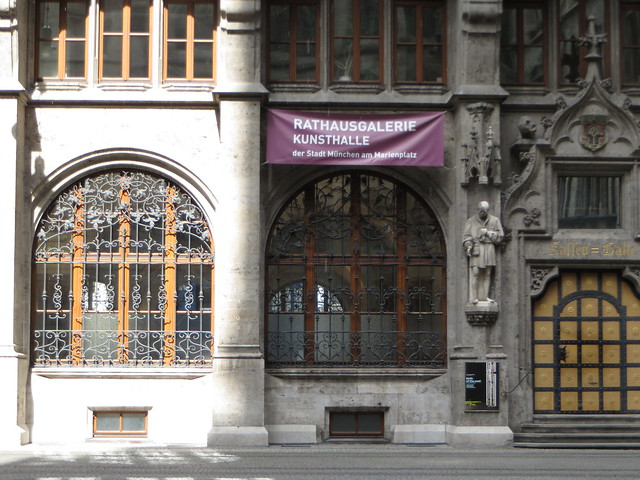 I wandered down a dark hall, and into a brightly lit one. 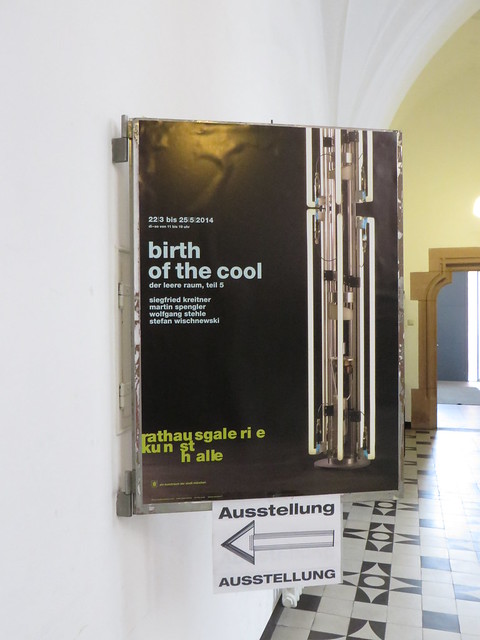 That’s when I saw the magic words on an open door: 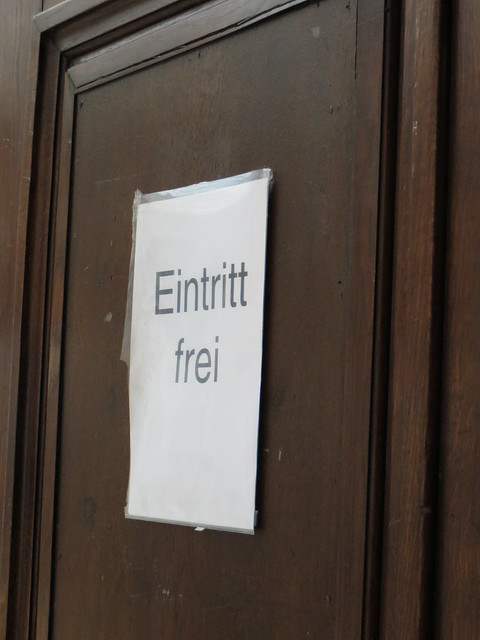 The Rathaus Galerie Kunsthalle is not terribly big. The show I saw (The Birth of Cool) was interesting enough: small and rather unmiraculous, though a few of the works were, well, cool. 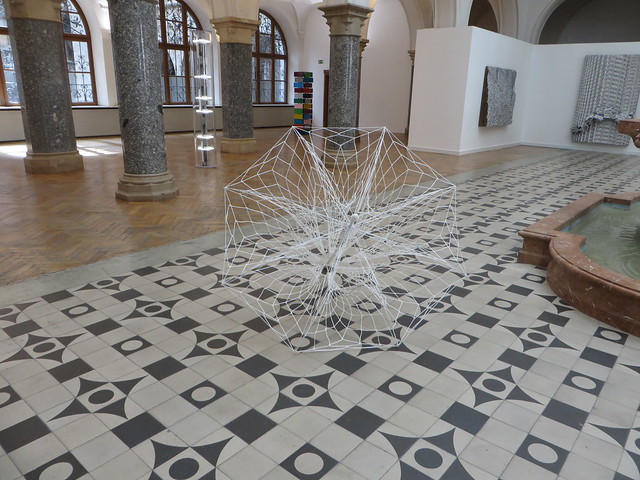 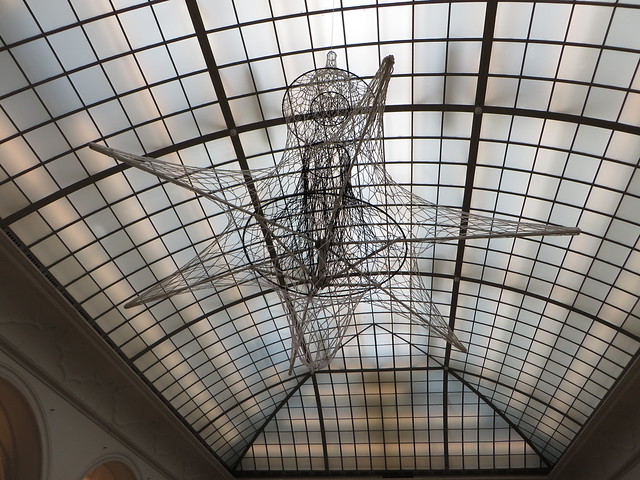 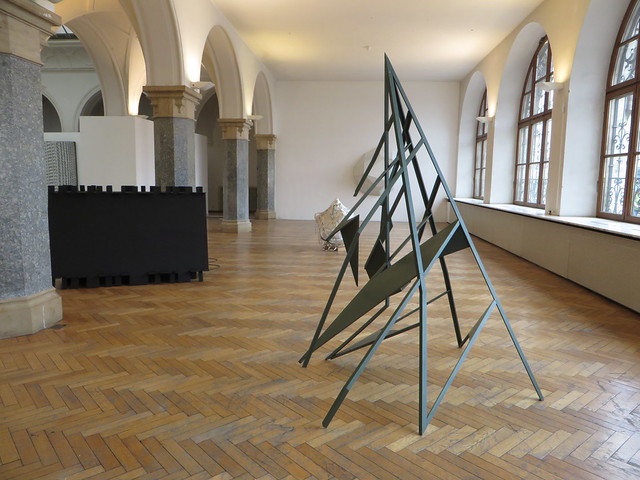 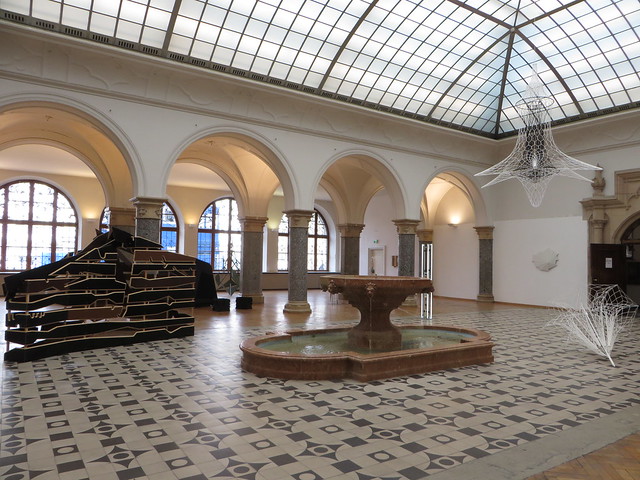 I particularly enjoyed these textured pieces, which were made from layers upon layers of cardboard. From a distance, they looked nearly flat, but as you get closer, you can see the relief. 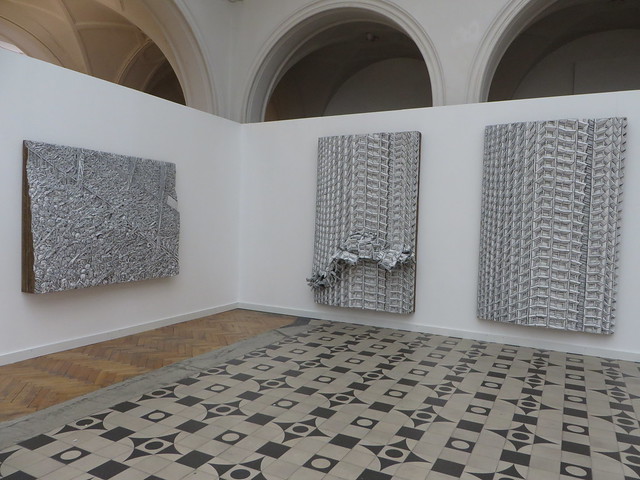 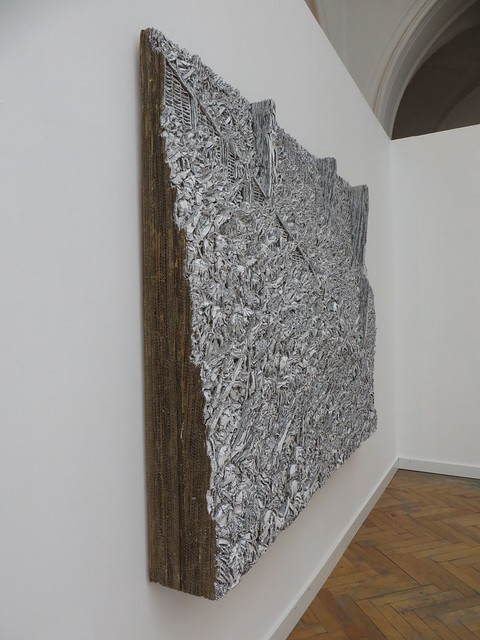 It was a good reminder that sometimes you need to look a littler more closely. 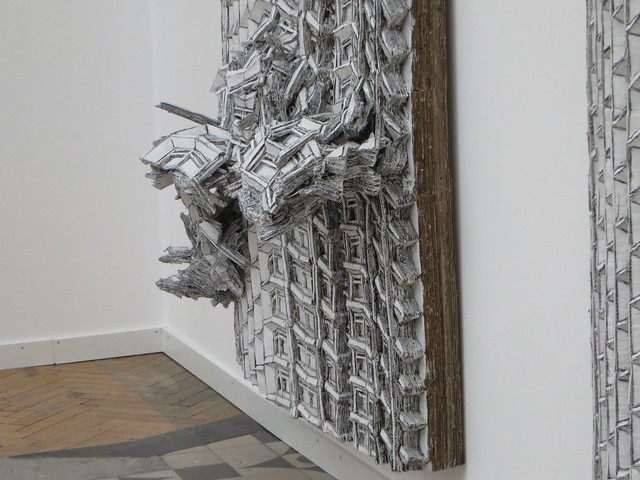 I didn’t spend too long in there – just enough time to snap a couple of photos, mill around, and enjoy one of the few places in downtown Munich that wasn’t filled with people. I think my favorite part of all of it was this gentleman – a permanent fixture over the door who bids you Auf Wiedersehen. 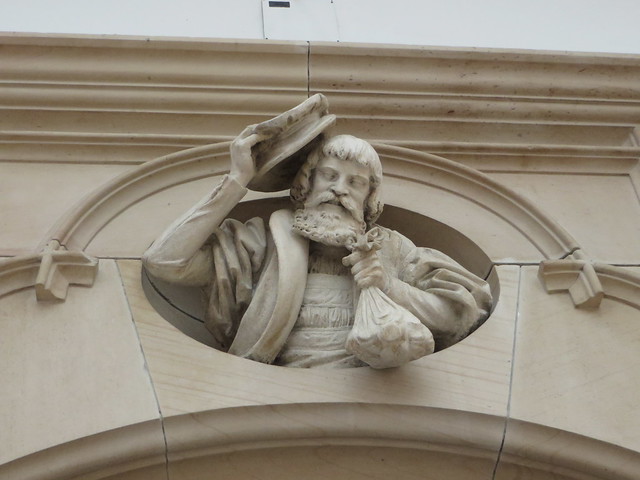 But what  amazed me more than any of the pieces themselves was this: I’d walked right past the gallery at least a dozen times, and never noticed it. Never even cast it a second glance.