On our last morning in Germany, we went to Seeshaupt. 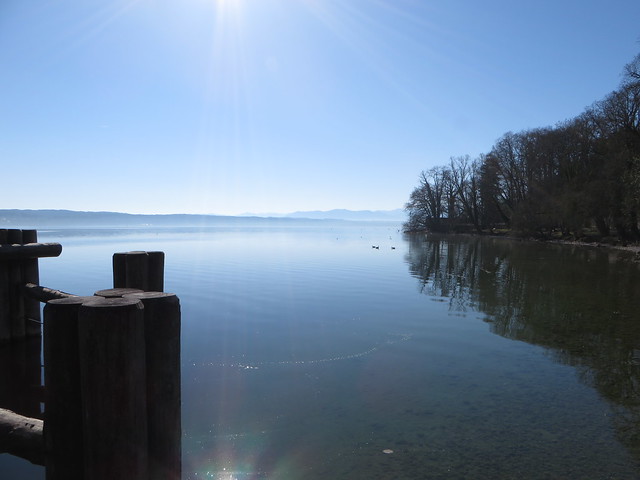 I was absolutely not drunk, but some of my photos seem to suggest otherwise. I can only assume that wandering around a picturesque lake on a quiet morning has an intoxicating effect on me, and that I shouldn’t drive after visiting one.

I also shouldn’t drive because I will spend far too much time searching for something called a chococult. Though to be fair, that’s true when Rand’s behind the wheel, too. (But more on that in a moment.)

Seeshaupt is rather lovely, and is located on the Starnberger See (which, despite the homophonic tendencies, is not actually a sea but a lake). If you go early on a Sunday morning in the springtime, you’ll find that the air still carries a chilly edge to it, and the water is remarkably still and clear. The only sounds are the calls of a few birds, the constant hum of buzzing insects, and the occasional chime of a church bell.

If you have the misfortune of being there when I am around, that soundtrack will also be punctuated with me making lots of terrible jokes. My apologies. (In my defense, I was provoked.)

Here are some photos of our visit. Bad jokes included.