Our plane landed in Naples just as the sun started to set. Vesuvius loomed over the city as we sped out of town, the volcano turning deeper and deeper shades of purple in the fading light. 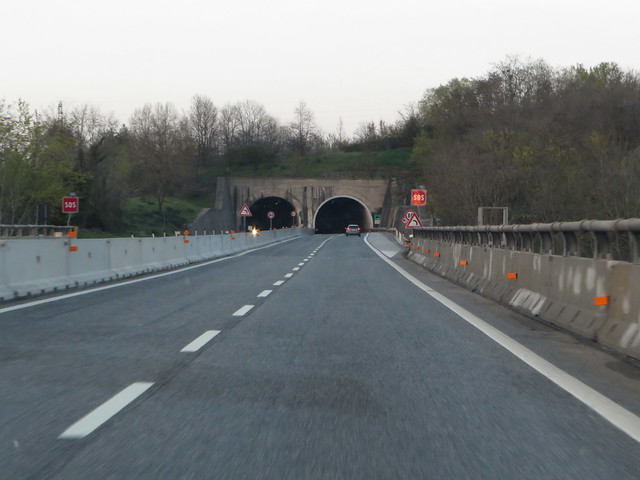 My grandmother had always been kinda iffy on the place. 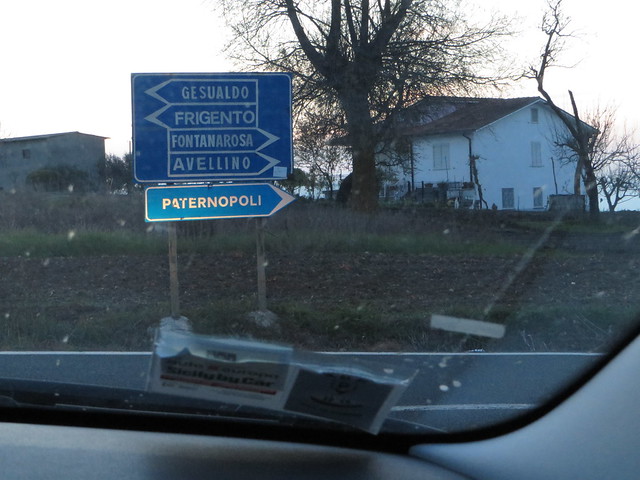 I’d been to Frigento twice before. The first time was only for a day, a few short weeks after he had died (and I had gotten unceremoniously dumped by my college boyfriend). I’d decided that I’d had it with Seattle, unjustly angry at the city for his not-at-all-untimely demise, which was just a few short months after my grandmother’s equally not-even-remotely-premature death.

So I skipped town and went to Italy for a month.

The results were middling, because taking expensive trips to Italy to cure a broken heart only works for heroines in Tolstoy novels. And even then, barely so.

During that trip, my aunt and uncle took me and my cousins to the village. The heat was oppressive as we wandered up and down the stone streets, and they pointed out the house that had once belonged to the family, and another one that was still ours (my grandfather had purchased it later in life in an attempt to get my grandmother to return to Italy. It was a failed endeavor. She never went back). 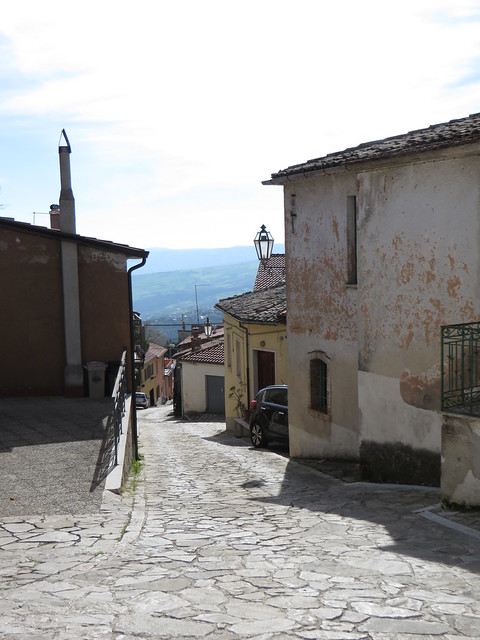 Every corner I rounded, every street I walked down, I realized I was looking for something. And then it became clear: I half-expected to bump into my grandparents.

I imagined scolding them.

“You guys are here? You know everyone’s been missing you like crazy, right? They’re still crying about it.”

And they’d throw up their hands and say that they had no idea, that they’d been there the whole time, that they told us where they were going. And I’d tell them that they hadn’t. There would be a lot of hand gestures by all parties involved. All of it would be in Italian, of course (even the hand gestures).

Obviously, that didn’t happen. The streets were empty. When people die, they don’t go to southern Italy. Even though it’s a nice thought. 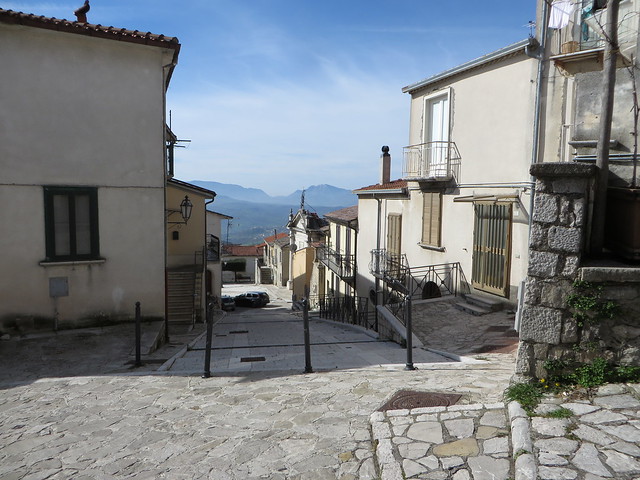 Three months after I returned home from that trip, Rand and I had our first date. I try not to think of the window of time in between, because it makes me sad. In the timeline of my life, they almost overlapped, but not quite.

Four years later, I went back to the village, this time with my mother. It was her first visit back to Italy in two decades. We slept in the house that my grandfather had bought my grandmother all those years before. We found my grandfather’s ties in the closet, my grandmother’s camisole in the dresser. 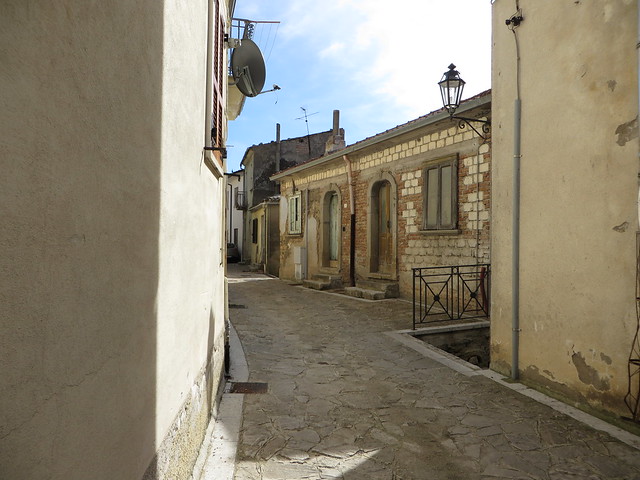 People who hadn’t seen my mother in decades recognized her.

“You haven’t changed at all,” they said, and she waved her hands and shouted her disagreement, which is what my mother does when she’s flattered.

We were only in Frigento for a day or two. We walked up and down the stone streets. My mother visited with her aunts and cousins. We froze at night because the house my grandfather had bought did not have heat.

And so the total number of times I’d been to the village before this trip was two. Two brief little stops, once for an afternoon, and again for a few days. But on the eve of my third visit, as Rand and I drove towards the village, and mistakenly passed it, I could tell something was wrong.

“This doesn’t look right,” I told him.

I nodded. It seemed ridiculously to think that satellites knew less than I did about a place I’d visited only twice before. That I would be able to distinguish one stone village from the hundreds of others that were nearly identical to it. And let us not even mention my awful sense of direction.

But it just felt amiss, and sure enough, when Rand and I stopped in a quiet town square, I barely needed to look around before declaring it to be the wrong place.

“This is Villamaina,” I said, pointing to the name carved in the side of a church.

We checked the map again, and it confirmed what I’d instinctively known: the road name might have been the same, but we were in the wrong village. We’d overshot it.

“This feels right,” I said to him, as I looked at the stone buildings surrounding us. And it was.

The next day, we walked through the little town. Jetlag had us up at an early hour, and the streets were mostly deserted. 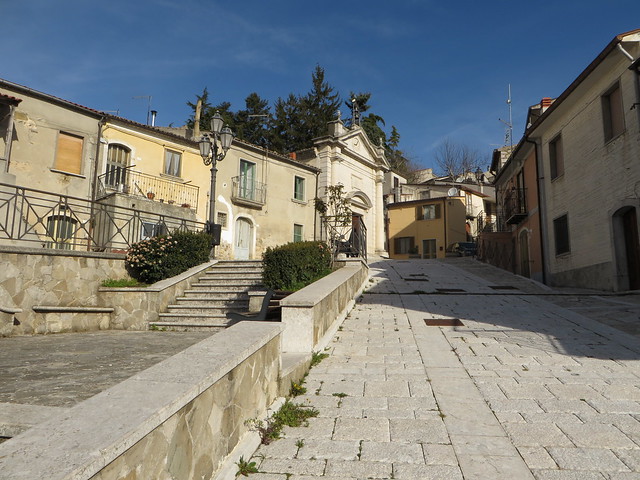 There were a few fruit vendors set up on the hill, waiting for the town to wake up. We got some satsumas and cherry tomatoes from one of them, but he refused to take payment for such a small purchase.

There were the little old ladies, dressed in black, marching up the hill for Sunday mass. My great-aunt was among them, though her walk to church did not take her past our door. If it had, I’d have spotted her. There would have been many hand gestures.

And we were there, of course. Walking up and down the stone roads, stopping in the courtyards. Pausing to take photos. Attempting to pay for fruit. 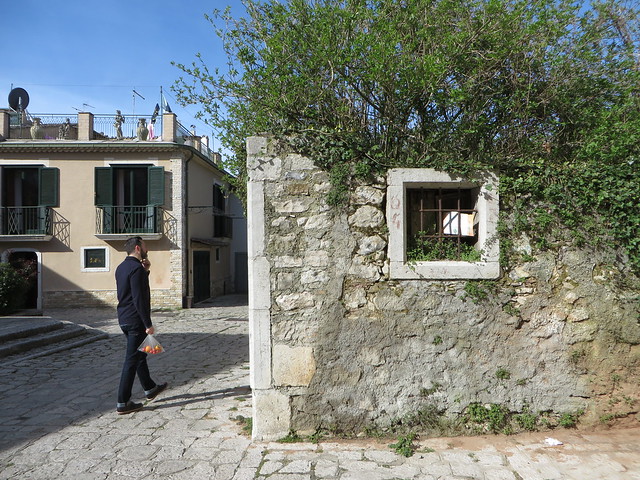 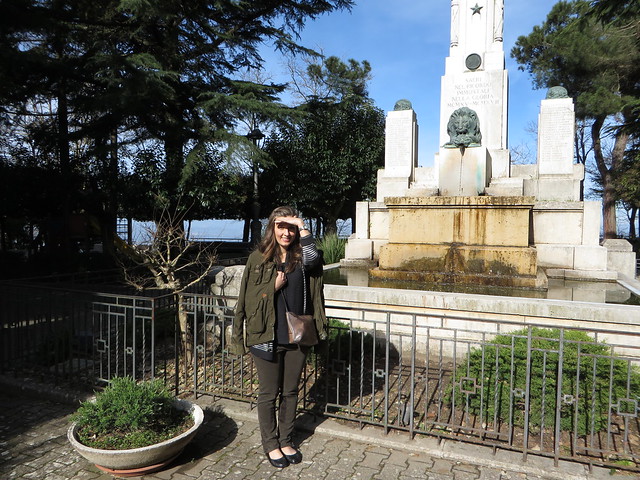 On this trip, that part of me that was still looking for my grandparents ceased its search. They weren’t there. They aren’t anywhere. But every now and then I’d find myself alone in the middle of a street. And I’d turn a corner, and I’d find him sitting there. 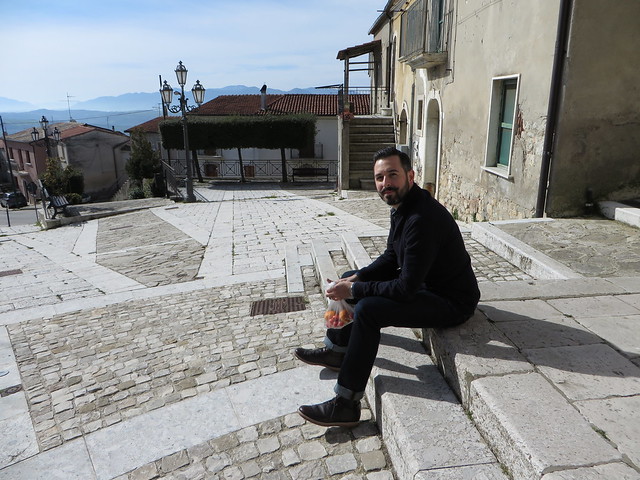 And while I’d realized that he’d never know them, I could at least take him here, to the place that my grandfather loved and my grandmother tolerated. To the place where they both lived, back when that was a thing they still did. 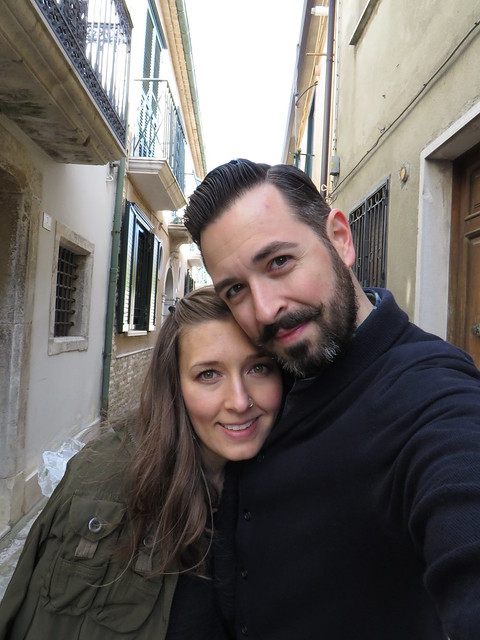 And that, I guess, will have to be enough.