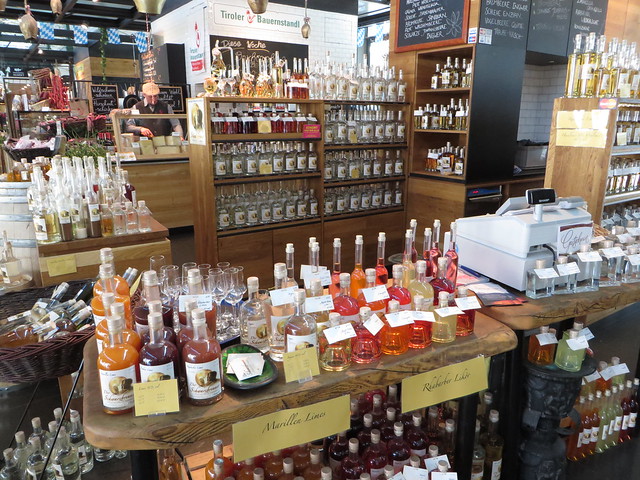 Inside the Schrannenhalle Marketplace in Munich’s Old Town.

As an American, it’s often weird going to Europe, because their consumer culture isn’t anywhere near what we have at home. There are shops, sure, but there isn’t the same onslaught of … stuff.

In the U.S., we understand that you haven’t really had a proper vacation until you’ve purchased at least three shot glasses, four shirts, one bottle opener, and a teddy bear all emblazoned with the name of the place you visited. If you don’t have those things, how will anyone know you went there three summers ago?

They won’t. And that’s just tragic.

Sadly, Bavaria doesn’t have quite that many tacky souvenir shops. Even the ones that seem to be selling ridiculous souvenir German hats are actually just selling ridiculous German hats. Bottom line: if you want to take back something from a trip to Munich, you’re just going to have to accept that it probably won’t be tacky, and probably won’t have an image of a drunk little character wearing lederhosen with the message, “‘Ich liebe dich?’ Ja, that’s what SHE said.”

I’ve written before about some of my favorite shops in Munich, and this time around, I found two more to add to the list. They are woefully untacky, but I hope you won’t hold that against them too much.

The stalls are open 10am – 8pm, Monday through Saturday (closed Sundays), but the rest of the store opens at 9 am if you want a jump-start on your shopping. 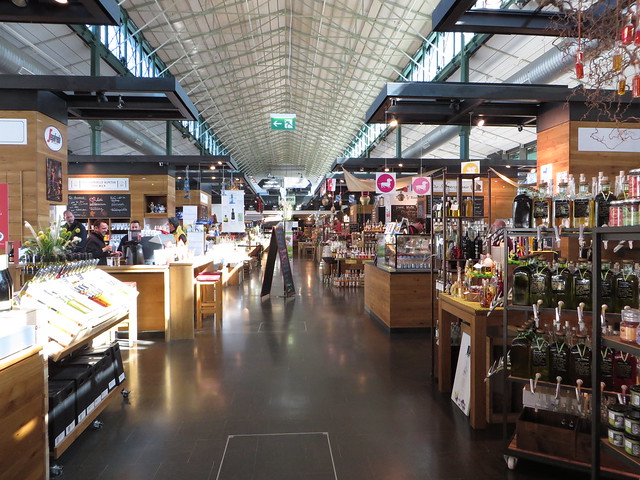 This sprawling market in Munich’s Old Town focuses primarily on food, which I have absolutely no problem with. You can pop in for lunch at any one of their stalls or grab some treats for the road. It’s a great place to pick up some chocolates for your friends back home, or some random kitchen gadget that you can’t really live without – (seriously, how have you gone this long without a gerkin peeler?). 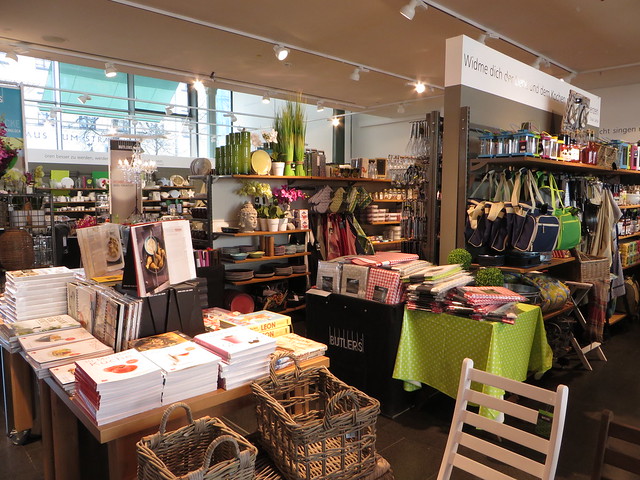 Rand and I had a ball just wandering through here, perusing all the products, and imagining what would happen if we accidentally knocked over one of the elaborate displays. Bonus: since the entire place is under one roof, like a big indoor mall, it’s the perfect place to spend some time when the weather is lousy. 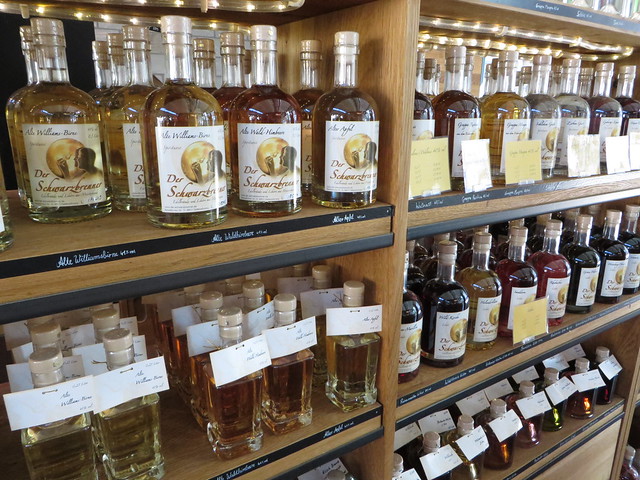 Various locations, but the one downtown is located at: 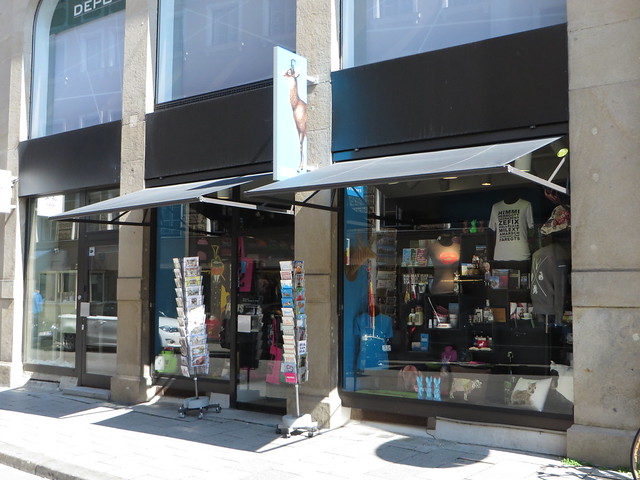 This place is like the lovechild of a trendy Portland boutique and … I don’t know, maybe a pair of lederhosen? They have all sorts of fun, kitchy souvenirs that people would actually want (instead of sitting in the back of a closet, or collecting dust on a shelf). I particularly enjoyed their collection of brightly colored t-shirts with different Bavarian icons on the front – from pretzels to beer steins, silhouettes of famous buildings in Munich, and portraits of King Ludwig II. 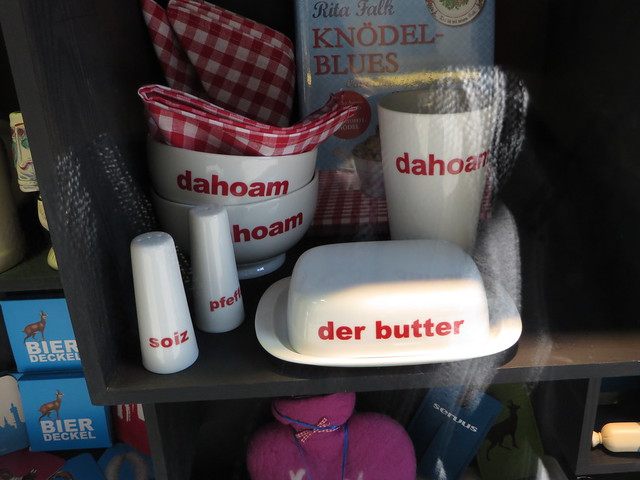 For some reason this butter dish just cracked me up. “Der butter.” Heh. 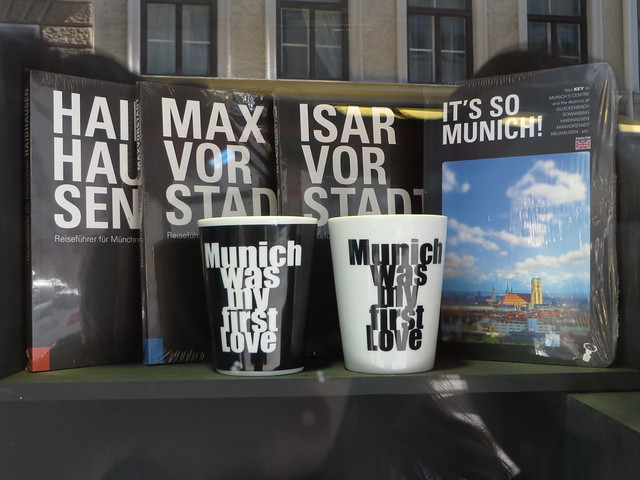 I wanted to get my little nephew a t-shirt from here, but they sadly didn’t have his size. Next time, though, I’m totally getting him a tee emblazoned with a giant orange pretzel.

If you’ve got more suggestions on where to shop in Munich, please leave them in the comments section!