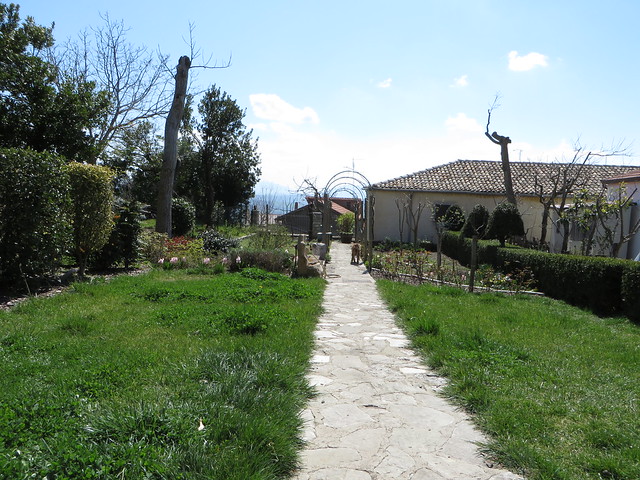 She was completely used to it, of course.

Her village, my grandfather’s own, is ancient. I knew this. The area is full of artifacts and relics. Some 30 years ago, there was a major earthquake in the area, and the damage led to the discovery of even more treasures: a massive catacomb and a winding cistern underneath the village.

I’d been in them once, years ago.

But I suppose I took for granted the sheer antiquity of the place until I saw the two men gently pulling rocks from the edge of her garden.

Salvatore and Gino were both retired; archaeology, for them, was not an occupation, but a labor of love. They’d even written a book about the area, and gave me an autographed copy. 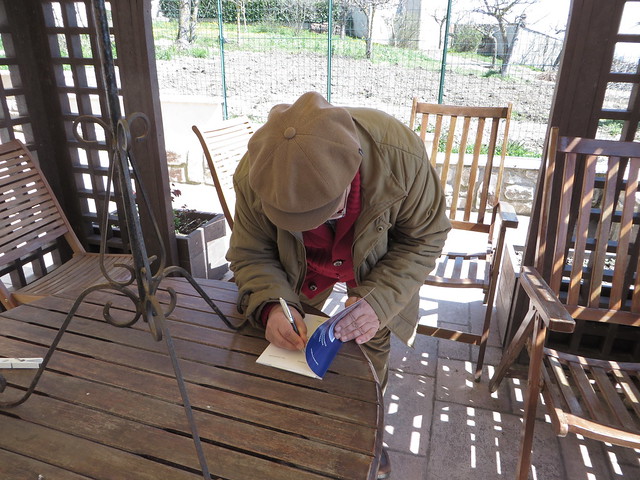 I have tried reading it, which is an absolutely useless venture, because I can barely read Italian, period. But I am still delighted by it.

They also gave me some rocks. 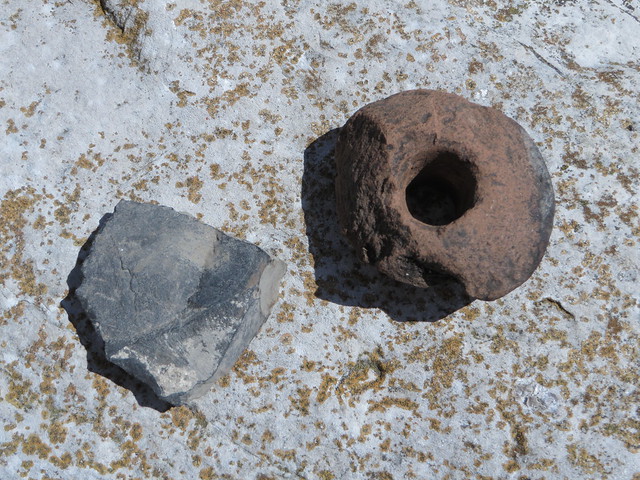 I nodded appreciatively, and pretended that these were numbers that I could comprehend. They are not. Hell, I think the seventies were a long time ago.

Now I have a pair of rocks on my bookshelf, which may or may not be problematic. I don’t know if you are allowed to remove relics from one country to another. But I did.

At least, I think I did. For all I know, I might have been punked by two lovely retirees, who later cracked up at how they got the American to take a bunch of stones home in her suitcase. 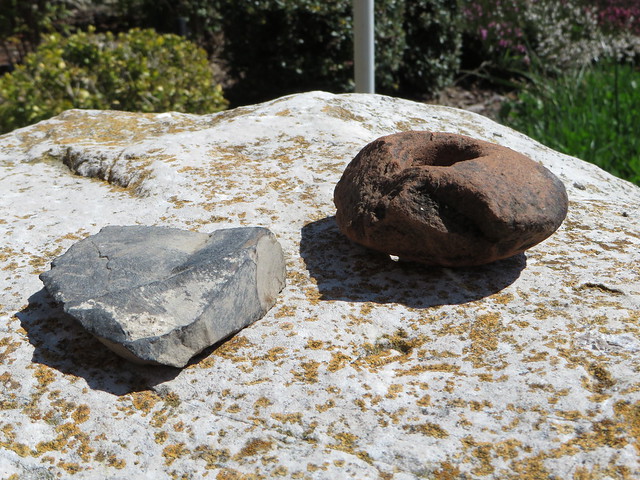 But even if they aren’t, I’m still happy to have them up there. Because these rocks are from my grandparents’ home. They were embedded in the dirt when my grandfather married my grandmother, bringing her over from a neighboring village, with all her little little sisters in tow.

They were there when my aunts were born, and my uncles. They were were then when my family left the village for Rome. And they were there, sitting in the dirt, when I came back here to see where it all started.

It doesn’t matter if they are actual artifacts – they are pieces of my own personal history. These are my relics, sitting up on the shelf. Gifts from the archaeologists in my aunt’s yard.