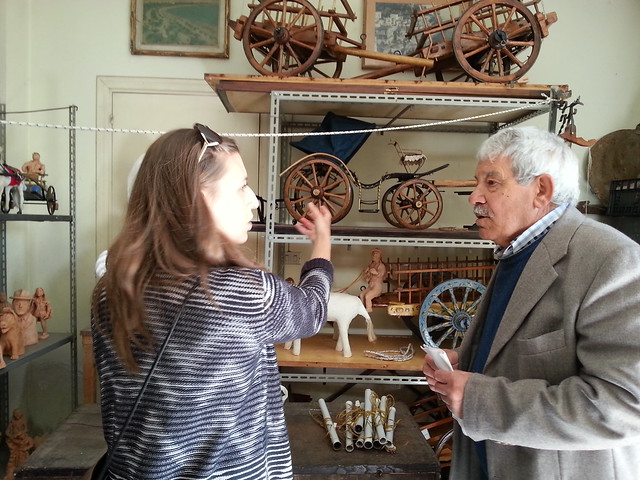 Me, talking to Marciano about his creations. Notice how much I use my hands when I speak Italian.

Yesterday, I may have exaggerated slightly when I said that I found my aunt’s home all by myself. I was caught up in the poetry of it, of the idea that I could wander the same ancient streets that my grandparents did, and find their loved ones’ homes without needing an ounce of help.

But that isn’t the entire story.

It was the morning after we’d arrived in Frigento. Marciano saw Rand and I walking outside our pensione and stopped us.

To whom do you belong?

In that question lies everything you need to know about life in this part of the world. That everyone here knows everyone else, and if a stranger wanders in, it is because they are connected. They belong to someone here.

I told him that it had been years since my grandparents had left here. I erroneously assumed that would be answer enough for him. It was not. He stood, expectantly, waiting for me to go on.

And so I began to tell him my grandfather’s name, and before the last vowel-heavy syllable left my mouth he was already nodding knowingly and waving a dismissive hand at me.

“I knew him. His sister used to live down the road,” he said.

“Come,” waving to us as he was already walking down the hill, “I’ll introduce you to your relatives.”

“Oh!” I said, taken somewhat off-guard. I jogged after him, and Rand after me.

“Where are we going?” he whispered as we followed the grey-haired gentleman in a dark blazer and even darker sunglasses. I had yet to learn his name, but later I would think to ask. Marciano.

“I think we’re going to meet some relatives?” I whispered back.

“I have no idea. It must be on my grandfather’s side,” I said.

A moment later Marciano was banging on a door and yelling.

“OPEN UP,” he shouted. “I’VE BROUGHT YOU YOUR RELATIVES.”

Which, in hindsight, sounds sort of menacing. A large gentleman opened the door and glared at Marciano, and then at us. Approximately 30 seconds later, he and his wife had invited us all in for coffee.

His name was Valerio. His grandmother and my grandfather were siblings. He was my second-cousin.

There, in a living room I’d been in once before, we all talked. Of our families.

No. Not families. Of our family. Because it was, miraculously, the same one.

More miraculous still was Marciano’s knowledge of it all. He wasn’t related to us in any way whatsoever. But her knew our family. He seemed to know everyone. 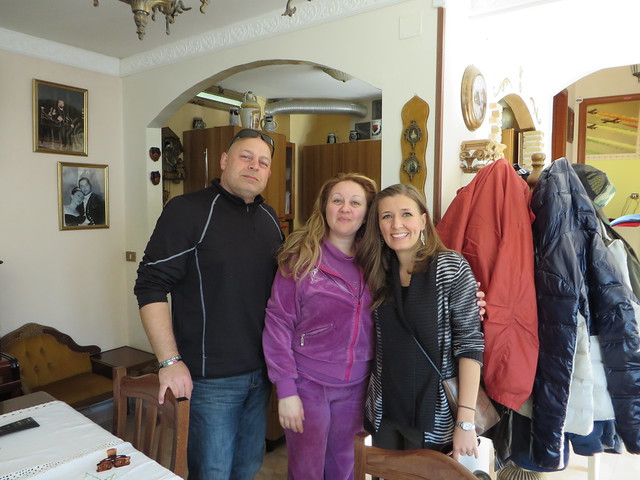 My second-cousin (looking absurdly tough), his lovely wife, and me.

We talked about my great-aunt Antonietta, Valerio’s grandmother. And of her brother, my grandfather. And in the middle of the conversation, Valerio’s wife broke in from the kitchen, where she was pulling the espresso off the stove.

“Wait,” she said, her eyes bright. She’d finally made the connection. “Was he the one with the hair?”

And I laughed. Loudly and for perhaps a little too long. Because of course, of course that would be my grandfather’s legacy. His hair. 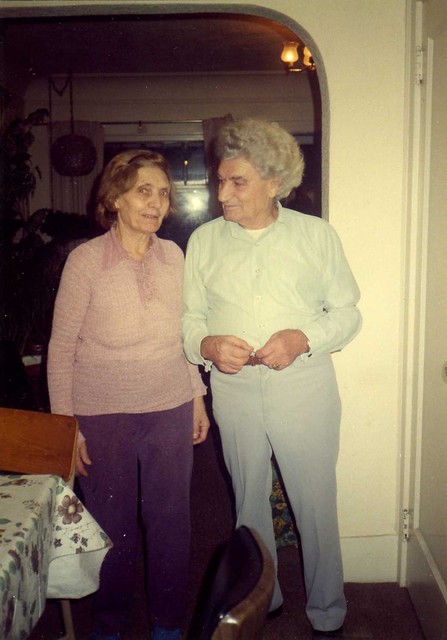 It was a rolling cumulus cloud atop his head. Yes. Yes, my grandfather was the one with the hair.

Later, we left my dear second-cousin, and his lovely wife. On the street outside, we were about to say goodbye to Marciano as well, but he insisted on showing us his workshop, just next door. 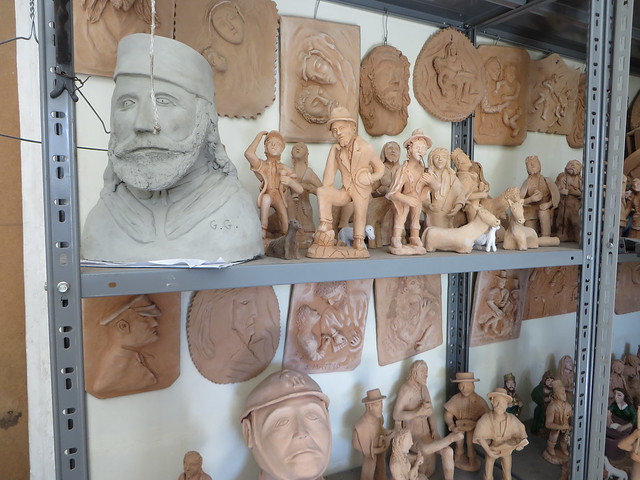 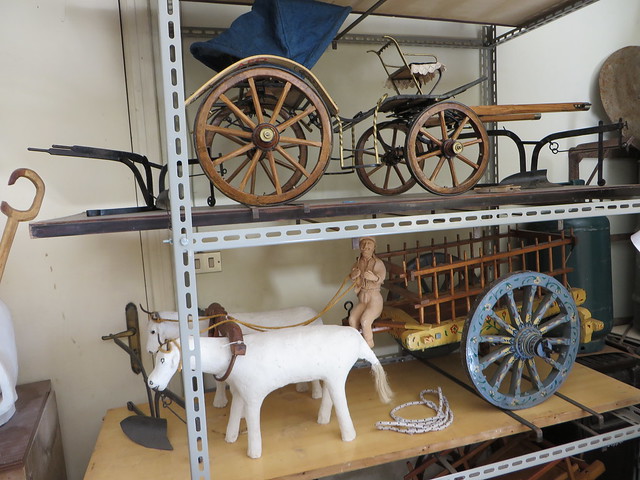 He built miniature wooden carriages. He sculpted figurines. He gave us a mustached pipe, because he thought it looked like Rand.

I thanked him, I kissed him on both cheeks, and I finally, finally asked him his name.

And before we parted ways, on the same street where he’d found us, I asked him if he knew where my Zia Rosamaria, my mother’s cousin, lived. She was a relation of my grandmother’s (not my grandfather’s family, with whom he was so familiar), but I still had a hunch that he’d know.

Of course he did.

“Su,” he said, pointing towards the summit of the village. “Sempre su.” 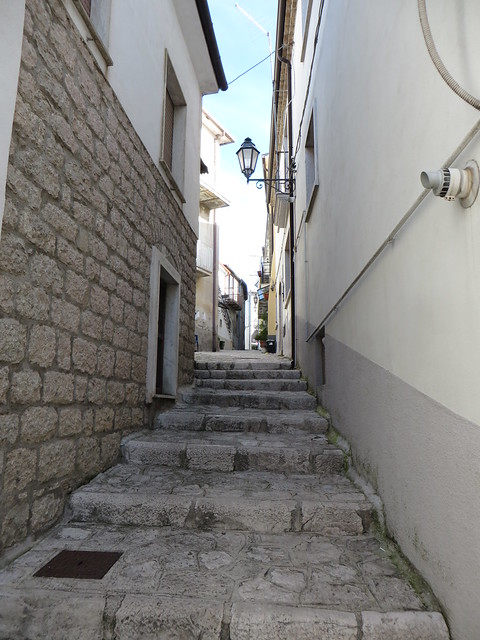 And so we went, up and up, until I found the green door. And behind it, more people to whom I belonged.