I have trouble describing my dad. He’s not incredibly cheerful, but he isn’t melancholy, either. I don’t think anyone would call him warm, nor would it be accurate to say that he’s unfriendly.

If I were forced to put his demeanor into words, I’d say he’s rather serious, and often rather annoyed. His annoyance usually stems from the fact that everyone else around him is failing to be serious.

Yes. That sounds about right.

This makes it rather difficult to take a photo with my dad, because for the most part, photo-taking is not serious business. And the command to stand and smile while someone snaps picture after picture of you can annoy just about anybody.

Consequently, I’ve stopped asking him to pose for pictures, and just nab a few candid snapshots when I can.

But on this trip, he was uncharacteristically chipper.

It was kind of weird.

So Rand and I decided to press our luck. We made my dad take a few photos with us. And, well, they turned out quite nice.

Here’s my dad with Rand: 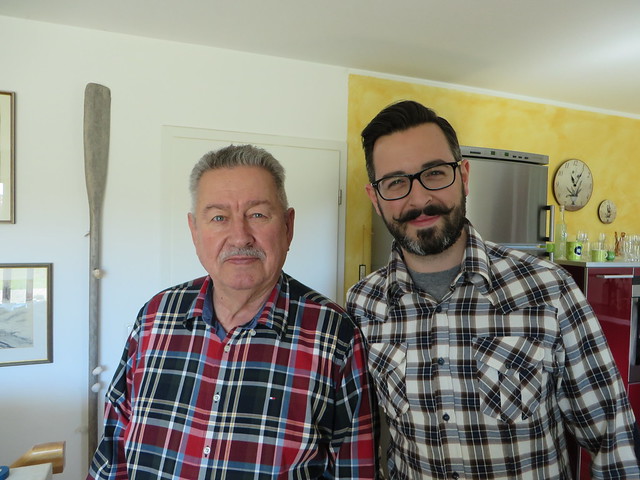 I know they say most women marry their fathers, but that is hardly the case with me (Rand is far from serious, and never annoyed. Trust me on this: I could annoy a potato bug).

I did, however, marry someone who dresses like my father.

And here’s the one Rand took of me and my dad, which I absolutely love: 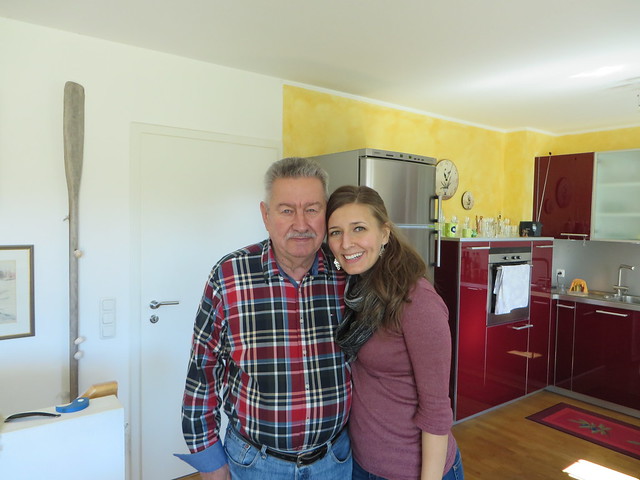 Can you see where I get my nose and ears and mustache?

I know it’s hard to tell, but he really is smiling there. And quite a bit, too. (And honestly, I smile just looking at it.)

Things were going so well, I decided to throw caution to the wind and tried to take a photo with him and my stepmother and Anton … 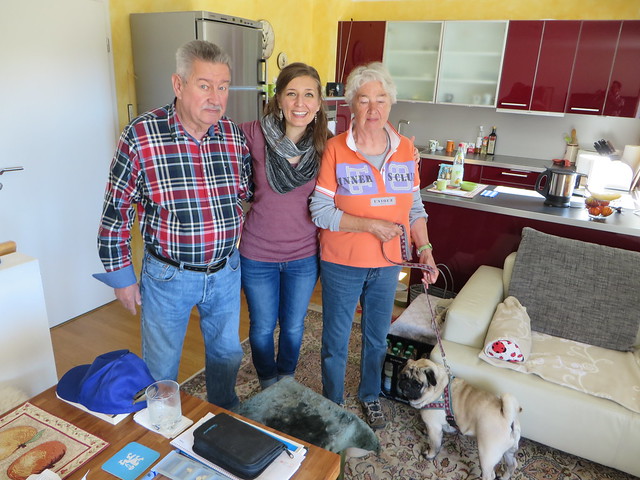 Sigh. You know what? Two out of three ain’t bad.