Rand and I stopped in Garmisch for a quick snack at a bakery (because if I say I need a snack, 90% of the time what I mean is “I need a pastry). Upon leaving, I noticed the sign on the restaurant across the way, and went in for a closer look. 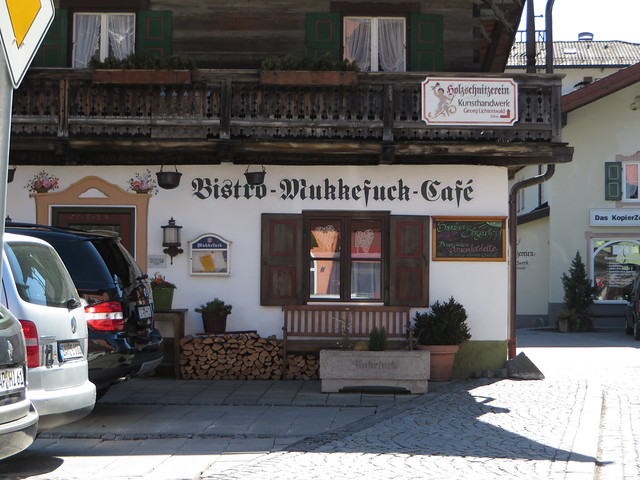 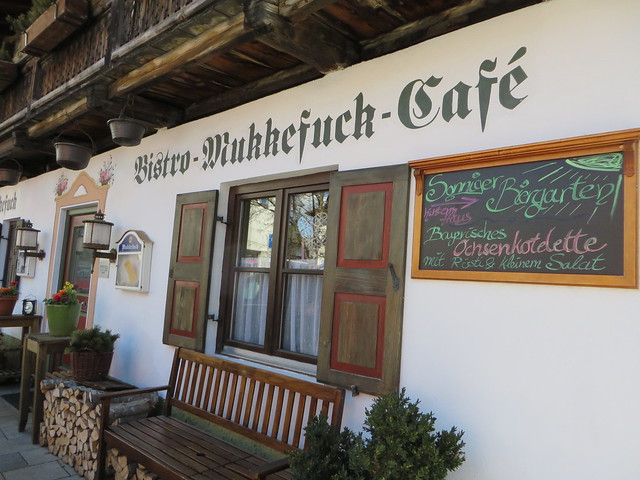 … Aaaaaand cue lots of giggling. You guys, the restaurant is called “Mukkefuck.”

I stared for a while, delighted and disbelieving, which is a reaction I often have while traveling. I did a little research, and discovered four things:

Oh, and apparently the folks who work there totally get what you’re giggling about. They even sell souvenir t-shirts: 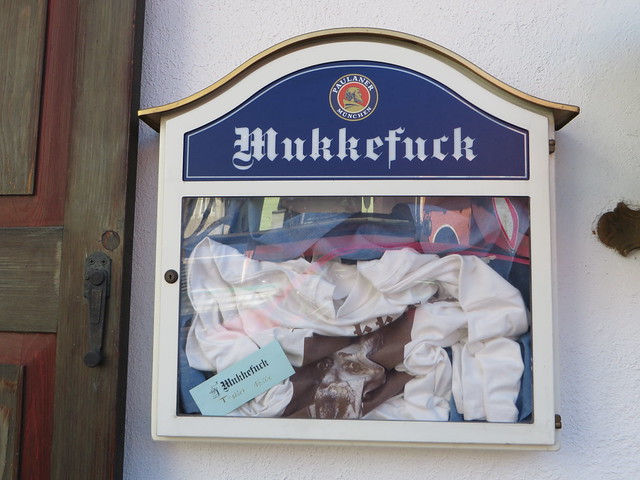 We’d just had a snack (and I realize that doesn’t normally stop me from eating again immediately after, but we also had dinner plans), so we took a few photos and left. But next time we’re in Bavaria, guess what the first thing on my to-do list will be? 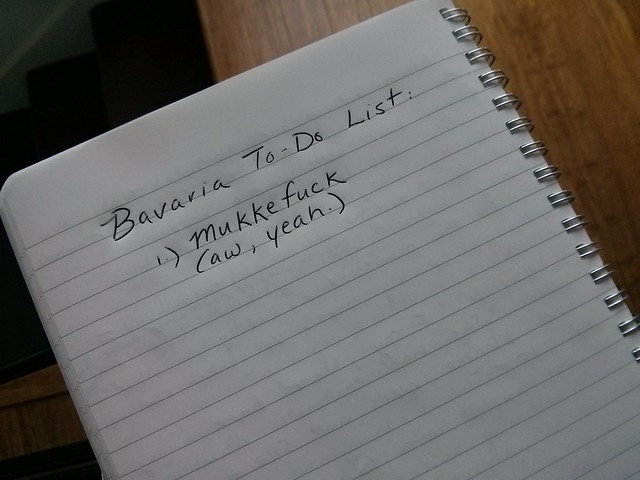