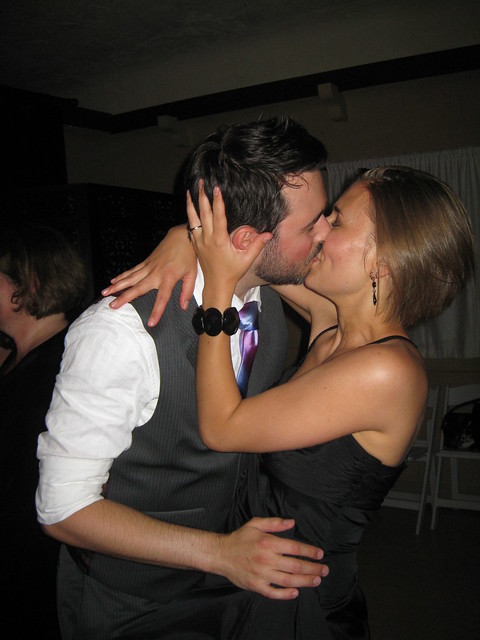 We are sitting in a cafe in Füssen, eating a way-too-sweet (but still delicious) merengata dessert when it happens. The screen on my new camera flashes “memory card full” and then goes to black. I can’t take any more photos.

“What the hell?” I yell, and then, for reasons that are still confusing to me now, I start to shake the camera. Unsurprisingly, this has no effect on the fullness of the memory card.

I haven’t taken that many photos – only about 200 or so thus far, and for me, that’s pretty conservative. Rand can’t quite understand why the card is full. It’s 2GB. By no means big, but it should hold at least 500 or so pictures.

“Where’d you get this card?” he asks.

I explain that I found it in a drawer in my office – I suspected it came from my old, broken point-and-shoot. The one that I refuse to throw out, even though the flash doesn’t work (“Because one day I’ll take a trip to Alaska in the summer and I won’t need flash, and I CAN USE THAT CAMERA.”)

“Is there anything else on it?” he asks.

I shrug, and then start clicking through to the start of the photos. I expect them to be from this trip. They are not. These photos are nearly four years old. But they are new to me, even though I obviously took many of them, even though I’m in the rest.

“Are you okay?” Rand asks when he sees the expression on my face. I nod.

“It’s just that …” I turn the screen towards him, so he can see what’s on the card.

In a small cafe in Füssen, over a too-sweet dessert, the past has come alive. The photos are from a variety of places from summer, 2010. In the grand scheme of things, not that long ago. But there are pictures of babies that are no longer babies. A friend’s boyfriend who is now a rarely-spoken-to ex. Black hair that has since turned grey.

There is this picture of me and Rand, taken at our friend’s wedding on a too-warm September evening. 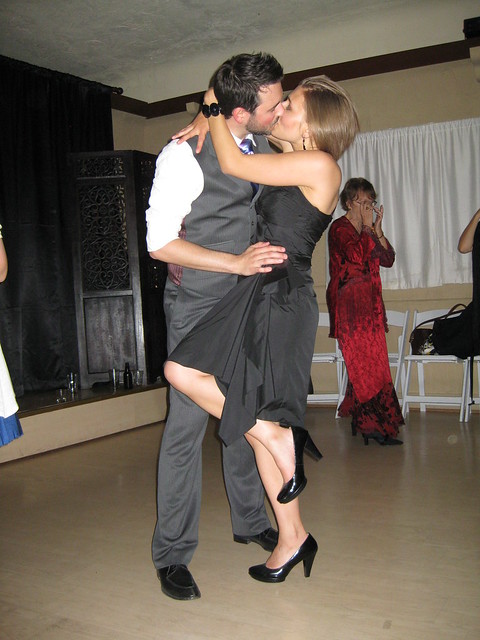 And there are photos of people who’d left us.

A friend’s dear grandmother standing next to Rand, an arm around his waist. And more than a half-dozen photos of my friend who died last year. I had, in the back of my mind, been lamenting that the only pictures I had of us together were from high school. But on my camera he and his new bride are smiling brightly next to me and Rand.

I don’t know whether I should laugh or cry, so I sort of do both.

Rand takes me to a small camera shop on the corner and buys me a new memory card. Later, he will take the old photos and upload them to his computer. I’ve lost them once, already, and he isn’t taking any chances. And then he smiles at me.

Because he knows how happy this discovery has made me. That in the middle of a small town in Bavaria, I’ve found an old friend. And as I try to take a photo of the picturesque little street we are on, he does this: 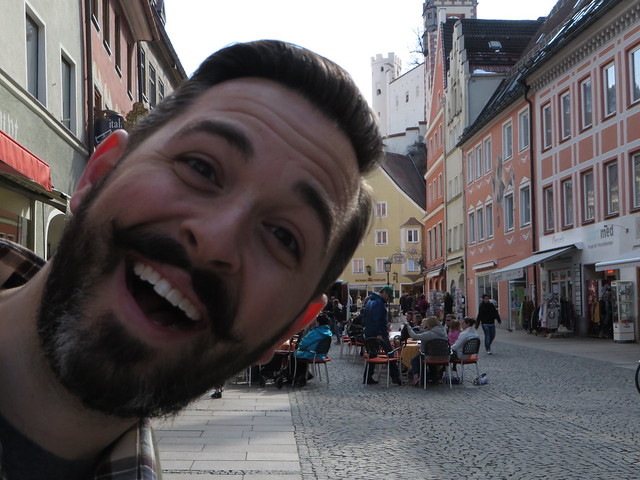 And I don’t dare delete it.