I have so much to tell you.

I don’t know where to begin. I’m finally home (for more than just a few hours!) for the first time in three weeks. In less than two, I’ll be in Cambodia.

My blog posts are still stuck in Italy, aren’t they? And yet, since then, we’ve been to:

I’ve spent the last two weeks down in California, rather unexpectedly. Everyone in my family got either sick or injured at more or less the same time (it’s the sort of thing that is so unlikely, I almost didn’t believe it when I heard what had happened). Here is the list of ailments, which is pretty bad, but really rotten when you consider that it was spread across three people:

So I flew down to help out, because there’s this weird rule in my family that if you have a penis, you aren’t expected to do very much when someone gets sick. I’ve drawn a little diagram to illustrate this: 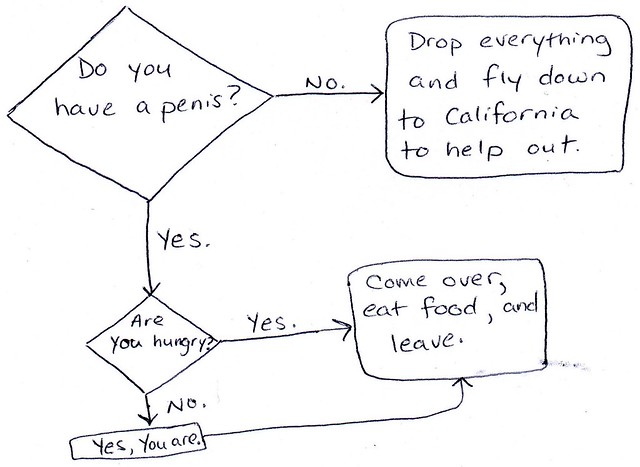 I was the first girl born in my family in 30 years.

The good news is that everyone is doing much, much better, for the most part, and that my relatives have lots of wonderful, supportive friends (also, my cousin’s wife is AMAZING.)

So I am finally home. And tired. And I have so much to tell you about. But right now, if you’ll excuse me, I need a cookie. Or three.