I’m afraid of many things. I blame my mother. 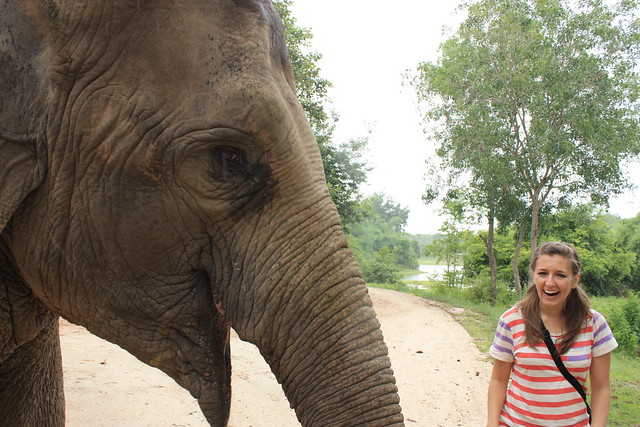 She was utterly convinced, from the time I was born, that the entire world was out to get me (it didn’t help that I was named after a relative who had died tragically young). She concluded that the best way to keep me alive would be to instill in me an irrational fear of EVERYTHING. I consequently grew up sheltered and loved and utterly terrified.

When I was in the fourth grade, I took to washing my hands compulsively, convinced I’d contract cholera. I smeared petroleum jelly on my eyelashes every night, because I’d heard that there were tiny insects that lived on your eyelids and ate your lashes (and only a healthy glob of Vaseline would keep them away).

I avoided salt and requested my steaks well-done. I always took a cardigan with me and kept my bedroom window shut tight, even though we lived in Florida and didn’t have air-conditioning. I was an 85-year-old woman trapped in the body of an 11-year-old.

And not a normal 85-year-old woman. But, like, a really paranoid one.

I’ve spent my adult years trying to undo a paranoia-plagued childhood. I learned that I didn’t have high-blood pressure (quite the opposite, actually. Cue consumption of ALL THE SALTY THINGS.) I learned that I could go to sleep with wet hair on a hot night, and not wake up with pneumonia. I learned to stop fearing many, many things.

Perhaps I’ve learned to do that a little too well. On our last full day in Phnom Penh, I learned something else about myself.

I am not even remotely afraid of elephants.

We met Lucky, the elephant, during our behind-the-scenes tour at Wildlife Alliance (full write-up to follow, as soon as I’m done with my slides for the Problogger conference, at which Rand and I are both speaking next week.) Lucky’s mother was killed by poachers. Lucky was only 6 months old at the time (elephants tend to stay with their mothers for years) and she was subsequently hand-reared by humans.

This means that Lucky imprinted as a human. To quote the always-applicable and timeless Simpsons, she thinks she’s people. She can never return to the wild. As such, she became one of the alliance’s ambassador animals.

When we arrived at the Phnom Tamao Wildlife Rescue Center, Emma, our guide, stopped the van abruptly and hopped out. We followed suit. 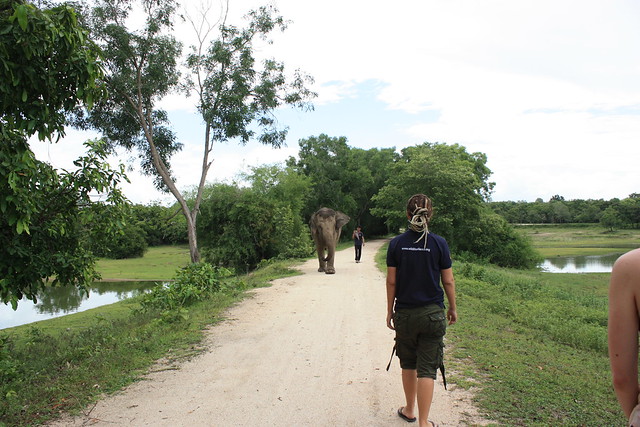 There she was, at the end of the road, sauntering towards us. An elephant. WALKING TOWARDS US.

Rather than take shelter, which would have been, evolutionarily speaking, the RIGHT THING TO DO, I giggled like a madwoman. We watched Emma walk up to her. 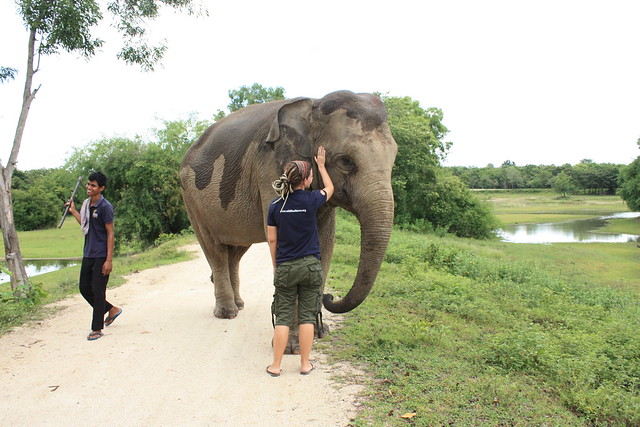 “Come say hello,” she said, encouraging us to come closer.

Nicci was more cautious than I. She stood back a little, which is what you are supposed to do when you encounter ginormous animals. That is a wise and sensible thing to do.

But I’d wasted a childhood being wise and sensible. Besides, as Emma kept reminding us, it was entirely safe to approach Lucky.

So with barely a hesitation, I did. I walked up to Lucky, ran my hand over her thick, rough skin, and laughed. Her entire body felt like a calloused heel. 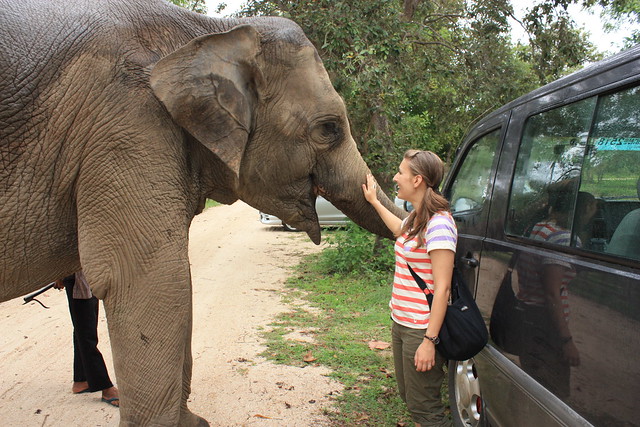 I mean, how can you be afraid of a giant callus? Especially one that keeps swiping her trunk all over the van you rode in on, looking for treats? You can’t. 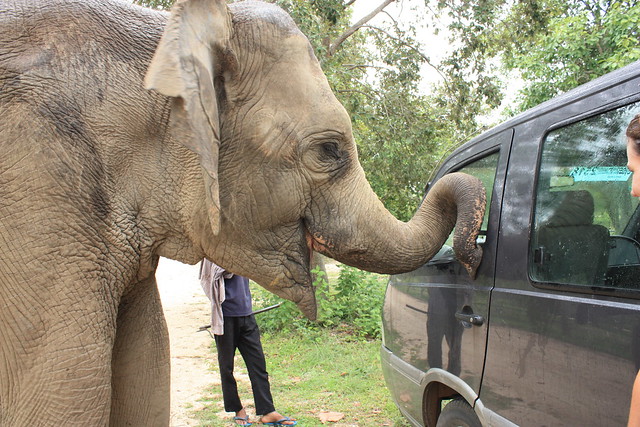 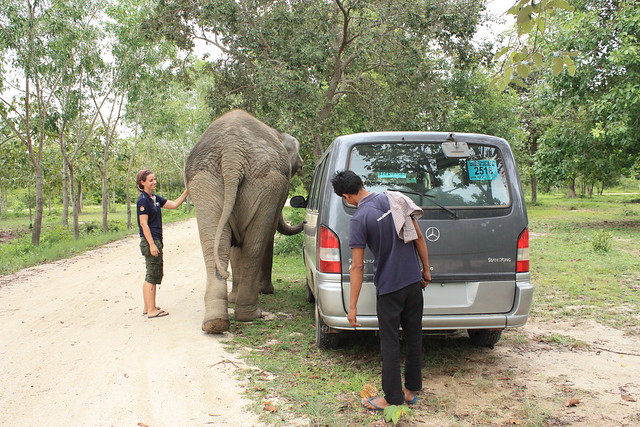 Every time she began to inch her trunk into the open window, Rim, her handler, would snap at her. “Lucky,” he said, and then uttered a few sharp commands in Khmer. Lucky instantly withdrew her trunk.

Emma explained that elephants have life spans that are comparable to humans. Lucky was 16-years-old, and very much a teenager. Every time she was admonished she’d pull her trunk back, innocently. I could almost hear her.

What? I wasn’t doing anything. I was just looking. 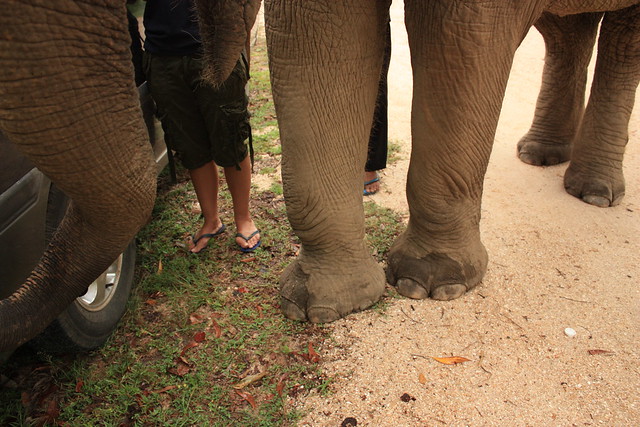 “Do you want to feed her?” Emma asked us.

Yes. Yes. Is there any other answer to that?

An elephant’s trunk is made entirely of muscle, thick and strong, but manages to be nimble and flexible. It is both entirely familiar and completely foreign. I’d say that it felt exactly like I would have imagined.

It’s just not something I’d ever imagined. 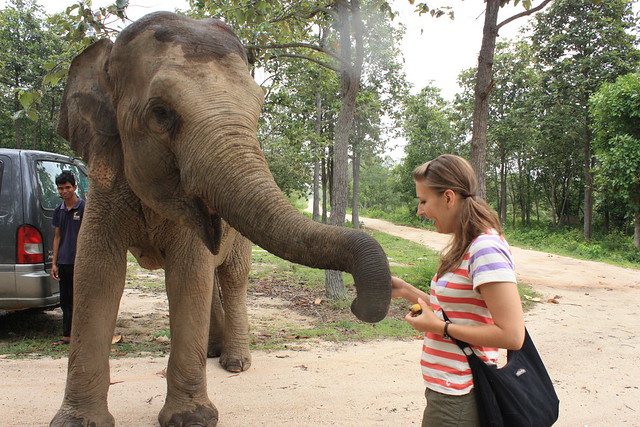 I like how Rim’s peeking out from behind Lucky like this is no big deal. Because he does this EVERY DAY.

Lucky plucked bananas out of our hands with her trunk, and swung them into her mouth in a flash, and then extended her trunk again. It was like a pendulum. A slobbery, banana-seeking pendulum. 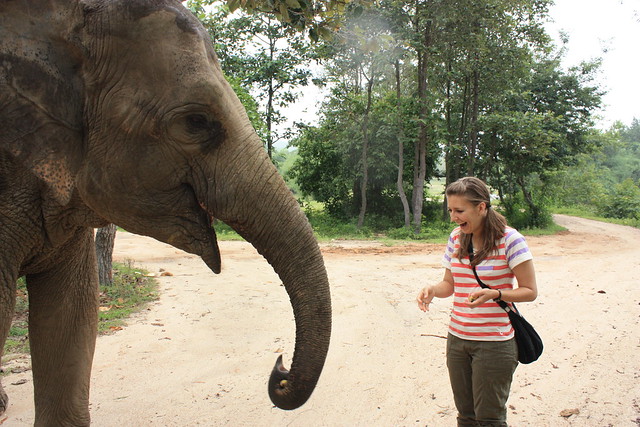 By then, Nicci had warmed up to her. The feeling was pretty mutual. 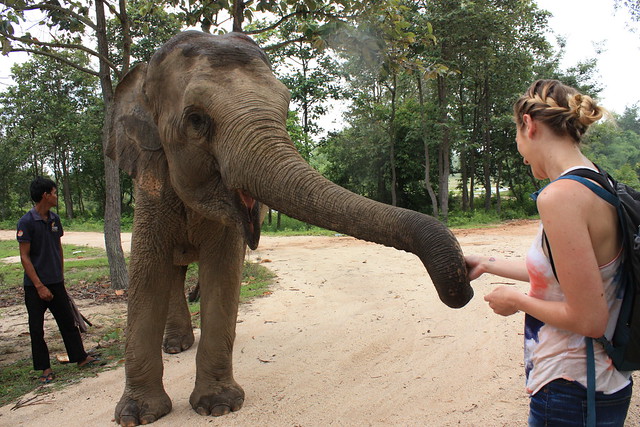 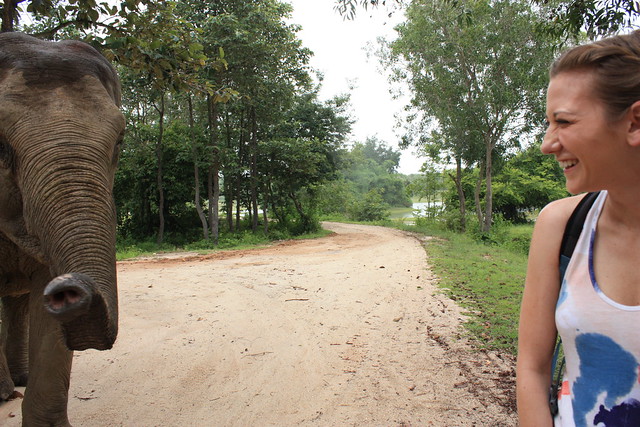 I feel like this pretty much captures their relationship.

Emma showed us how Lucky would, in a show of affection, hold her trunk up, and Emma would blow into it gently. A kind of elephant kiss. 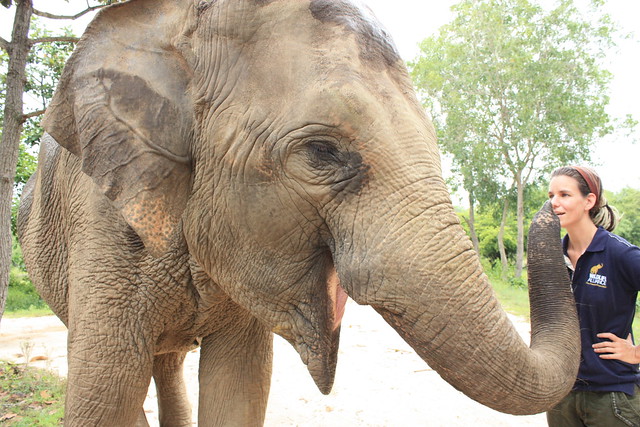 After I gave her a handful of bananas, Lucky held up her trunk up to my face. And I blew into it.

I’m still afraid of so many things. So frightened of something bad happening to Rand, I can barely mention that particular fear. I hate moths, and enclosed spaces, and you need only hum the theme song to “Jaws” to get me to shudder.

But on that day, I kissed an elephant. And I wasn’t scared at all. 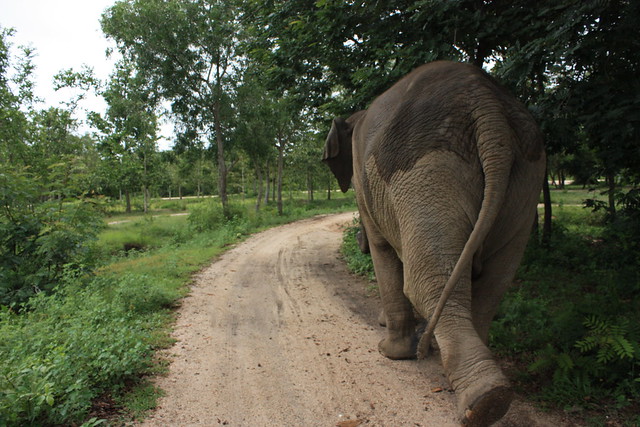