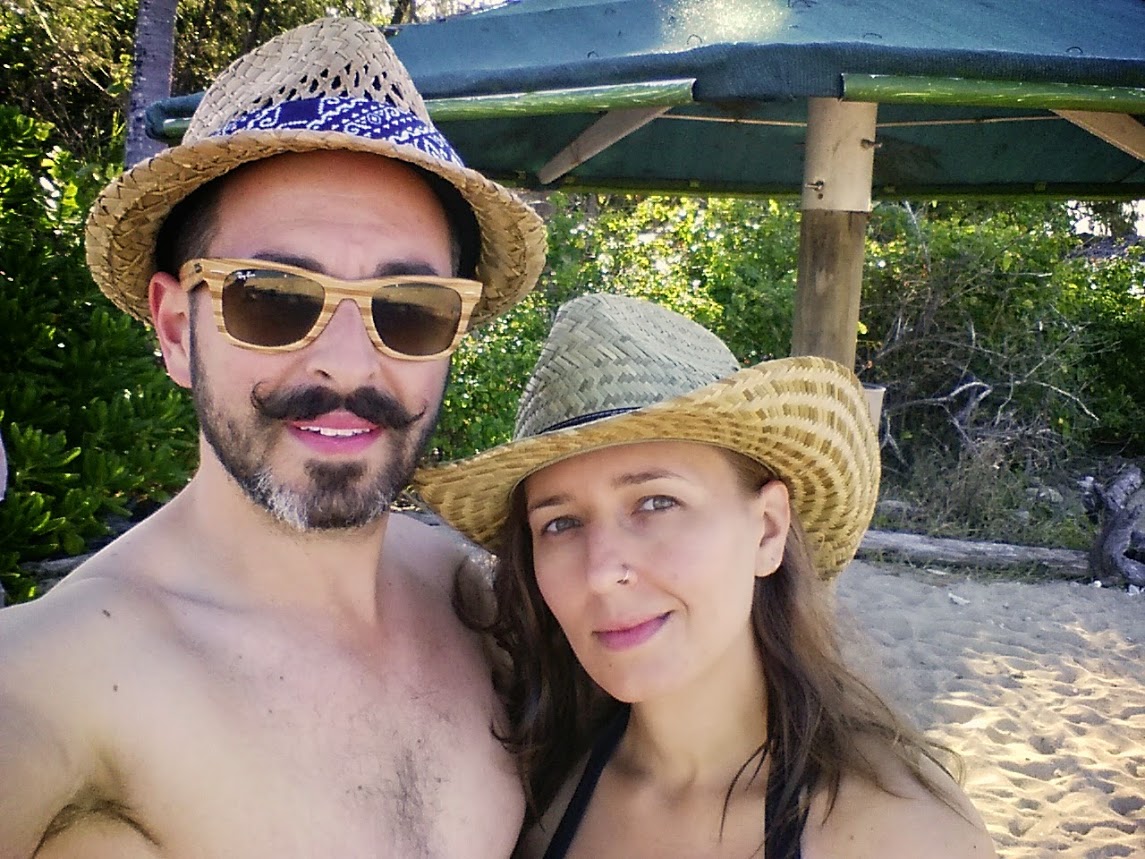 Remember me? I know, I know – I promised I’d write two or three times a week and then I disappeared for two. In my defense, I had to go to Australia and eat Tim Tams and snorkel. This was not optional. This was something I had to do, out of moral obligation to … the cookie industry? (Okay, fine. I haven’t totally figured all of this out. Also? Seriously jet lagged. Still.)

The good news: I am getting lots of work done on other projects (mainly the book), and I’ve written four chapters in the time it would normally take me to write ZERO chapters, so that’s something.

But I have really let the blog fall to wayside, as many of you have let me know via email, tweet, and missives written on the wall of my home in frosting (props to those of you who realize that your message would get across far better using that instead of blood).

@everywhereist Close your eyes, imagine thsd o/people checking every day for a new blog post. Can we expect deliverance? 18th is pretty long

(Oh, Petra, dearest, I know. Trust me, I know. I think about it anytime I do anything that isn’t working on the book.)

So, as I clean the walls of my home, here are a few photos from Australia (and then I’ll get back to discussing Asia, soon. Very soon. I promise).

This one is obviously a masterpiece: 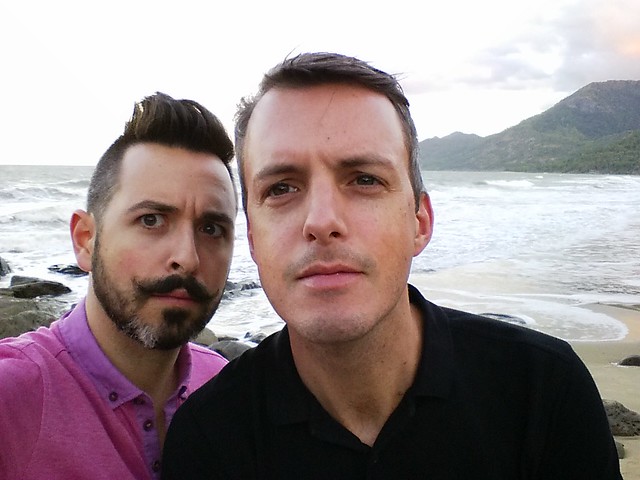 Rand and Ciaran in Port Douglas.

Ciaran tries to hide something from me, but I can’t tell what: 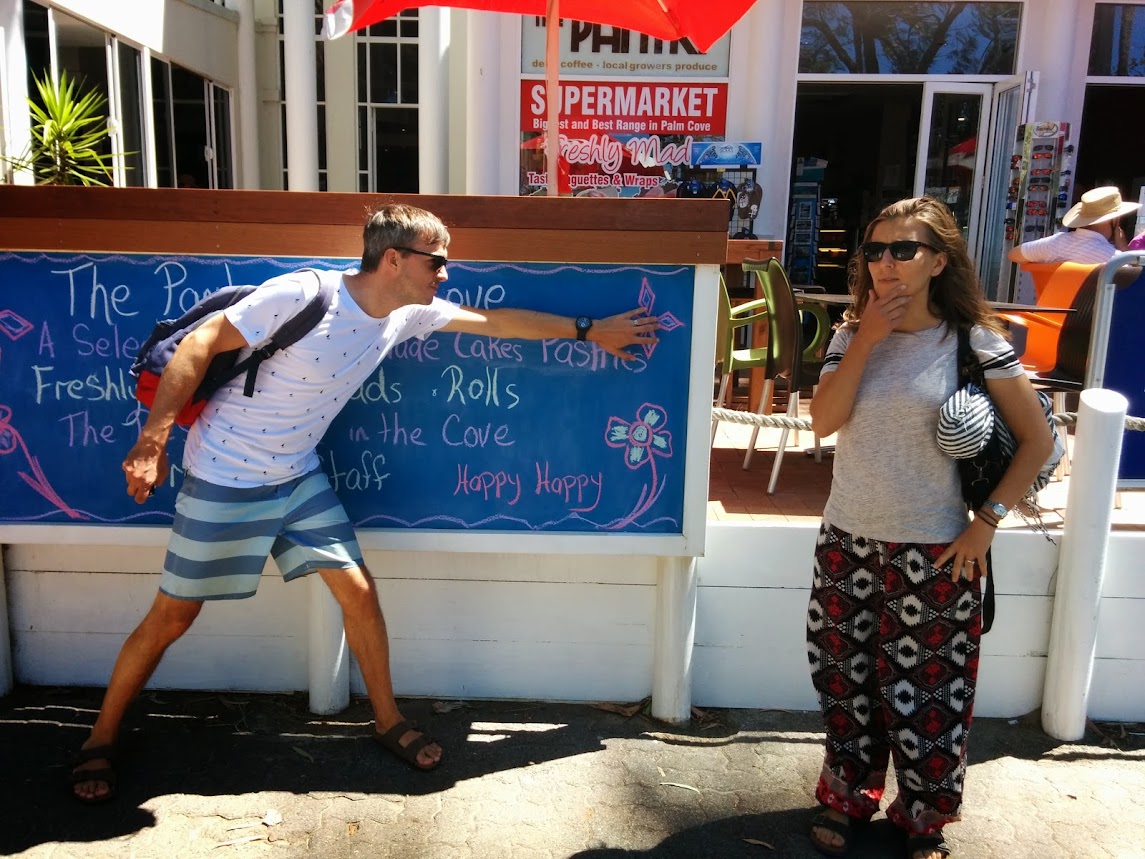 Please ignore the fact that I’m wearing Hammer pants in the above photo. THEY ARE COMFORTABLE and the waistband is elastic so I can eat lots of cake.

Also, holy shit, did that sign say they had cake?

In other misguided fashion news: 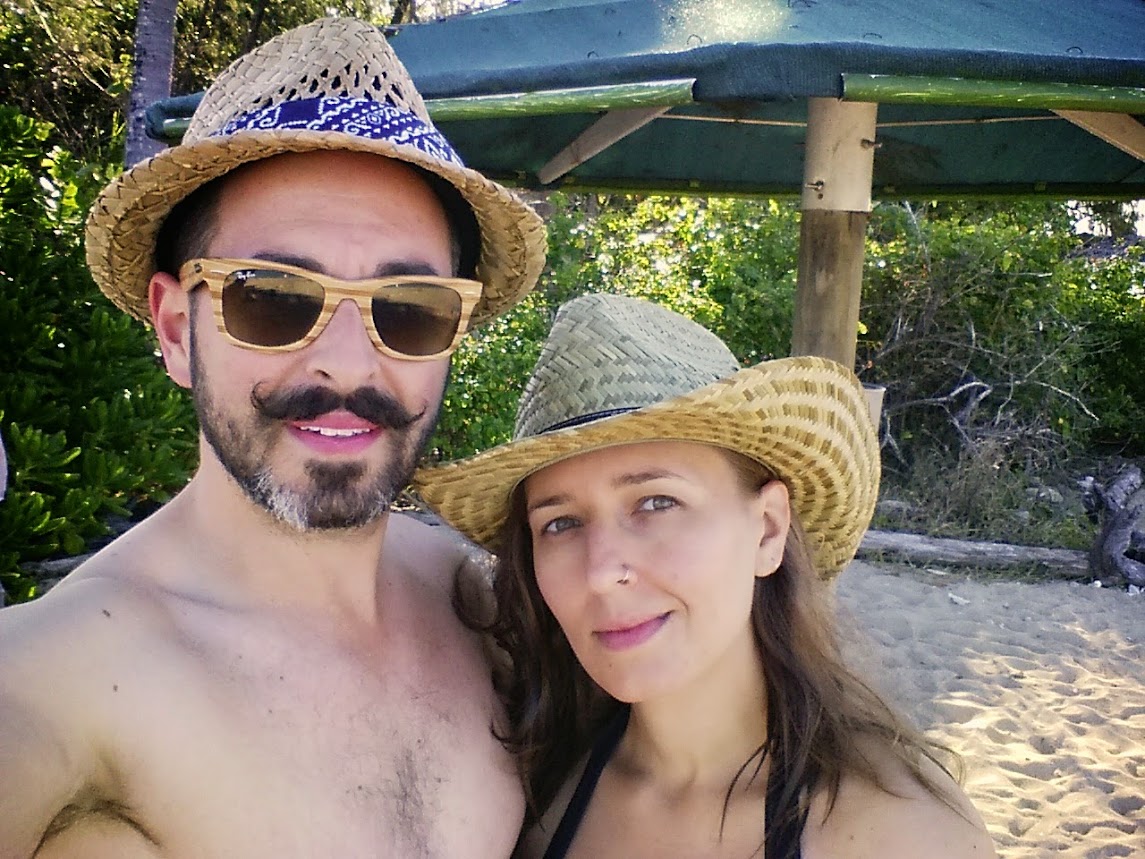 One last one, of Ciaran and his beloved: 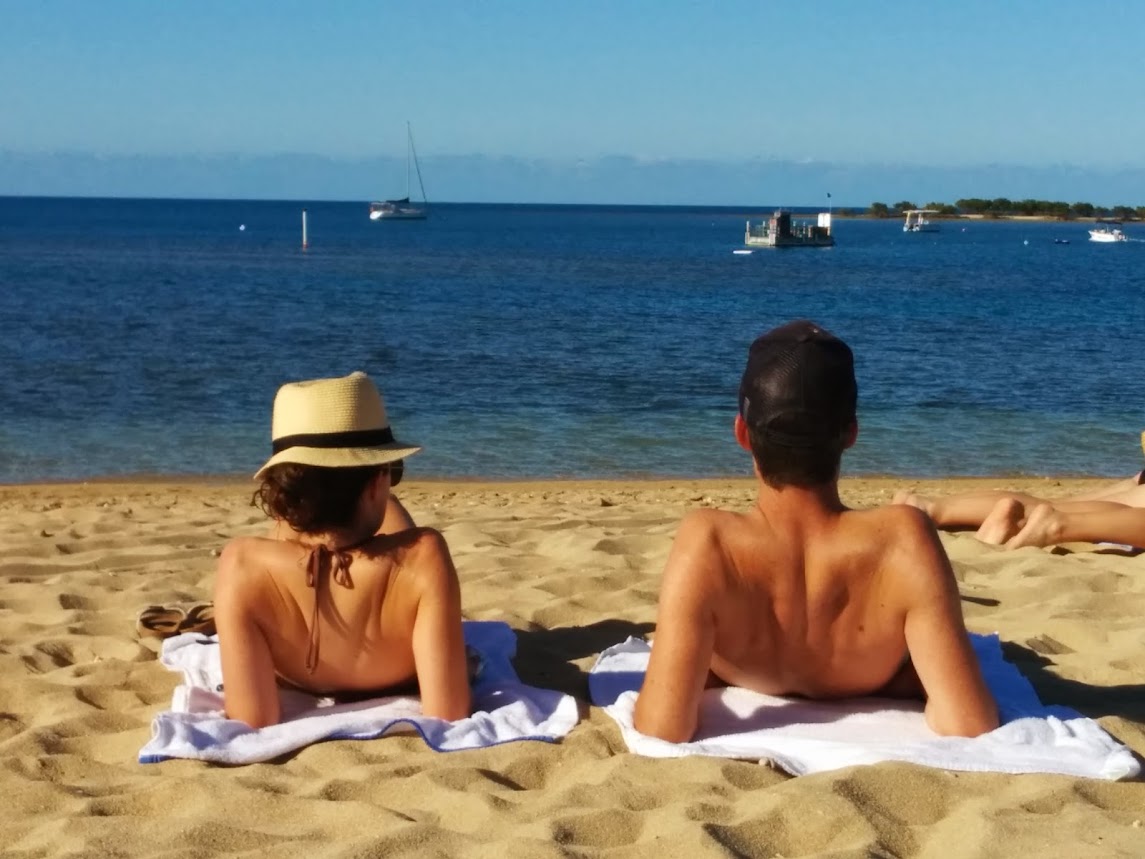 I feel like this is the makings of a Corona commercial.

And while I realize that it kind of sucks that the blog is on hiatus (for just a little bit! I swear!), I will try to be better about posting more updates regularly. Also, I’ve said it before but: there are five years’ worth of archives up. There are literally hundreds of posts to go through if you get bored, and some of them are actually pretty decent (and virtually NONE of them will appear in the book).

Oh, and I’m going back to South Africa next month. More on that soon, too.

Okay. Back to writing. Hope you guys are well.