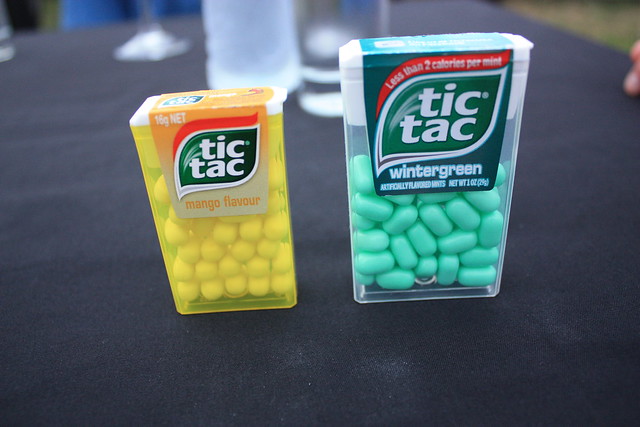 I think the pack on the left cost me about $1.50 in Siem Reap, which is on par with U.S. prices, not accounting for the size difference in the packs. As for the mango flavor, it was exactly that, and kind of enjoyable (though still oddly minty at the end).

I didn’t end up finishing the pack. Some children were begging us for money, and you aren’t supposed to give them any, so Nicci handed them a roll of Oreos she had in her bag. And then they came back, so I gave them the mango TicTacs.

And then they came back again, and I was just about to put my foot down about how we weren’t giving them money and I’d already opened my mouth and said, “OH NO,” when Nicci pointed out that they just needed helping getting the pack open.

So I opened the pack. And the three of them – the oldest no more than five or six, the youngest a naked infant in her arms, the middle one perfectly in between them in size and appearance, like Russian nesting dolls – ran off with their spoils.

If Nicci hadn’t seen them, I might have missed them altogether. Or just looked over them, and tried to ignore them, the way I do when people ask me for money in the states. Because I’m not sure what else to do.

I couldn’t take them home. And I wasn’t supposed to give them money. So I gave them my TicTacs. An exercise in futility if ever there was one.