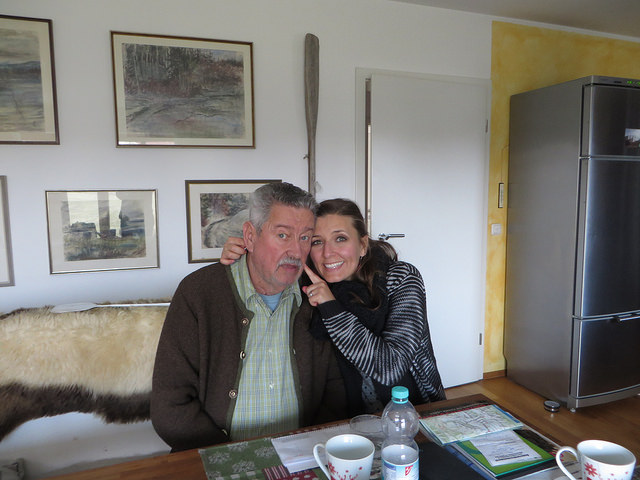 “You should try to get a photo of your dad smiling,” my friend Kurtis suggested to me before my last trip to Germany.

“That’s near impossible,” I told him. And though I was well aware of this fact myself, I still attempted to do it. We all have our Sisyphean tasks. Wile E. Coyote attempts to catch the Road Runner, my dear husband tries to perfect meat ragu at least twice a month, and I try to capture my father smiling for posterity.

I’ve never questioned my motivation, never wondered what I was trying to get out of all of it. I suppose that if I’d managed to get an image of him, looking at the camera and smiling, I’d feel as though I’ve accomplished something, but I’m not sure what.

That photo of him smiling – if I even managed to get one – would be a fiction. It would convey something false, not about my father’s happiness, but about his disposition. He is not a smiler. It just isn’t something he does. 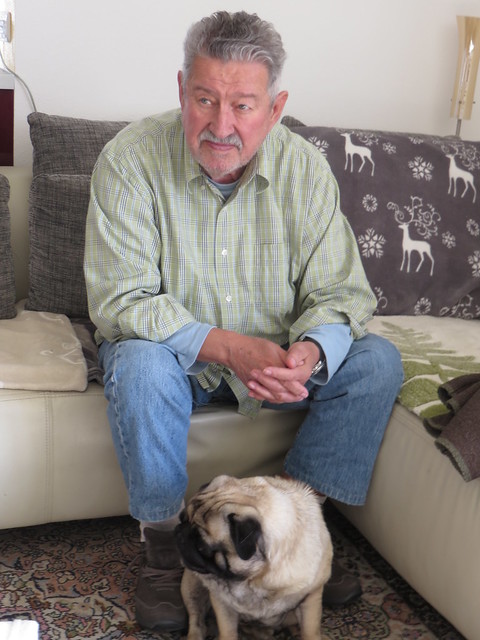 This is about as happy as he looks in pictures.

And still, I try to make him.

“I want to  take a picture with you,” I told him on this last visit.

He genuinely asked this, utterly confused and a little annoyed as to my motivations. As though I’d said to him, “I want to train this rooster to lay an egg.”

“Because I want a photo of you and me together from this trip,” I said.

I went around and sat down next to him.

My dad resolutely ignored this request. His failure to smile wasn’t even an act of defiance, like all the times in my adolescent years that I forced my mouth into a straight line even though the corners wished to curl up. It was simply as though he hadn’t heard me. Dad did not compute. 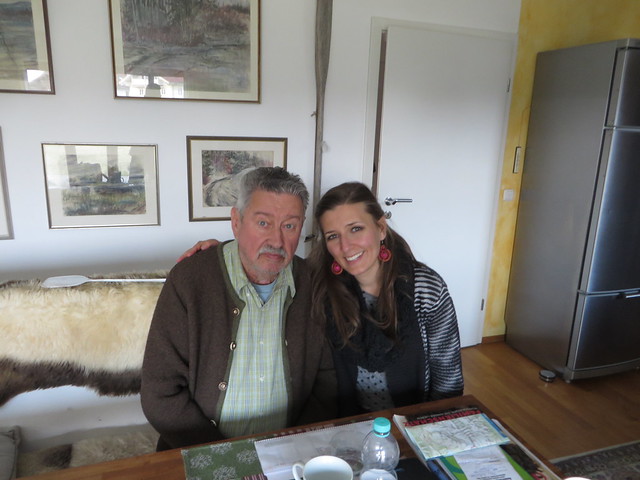 The photos did not come out well. Rand’s hand was jittery, perhaps out of fear of what making such a request from my father would bring forth, so the images are blurry. And my father did not smile. He just looked bewildered.

Even when I tried to press my fingers into his cheeks and tried, literally, force it. 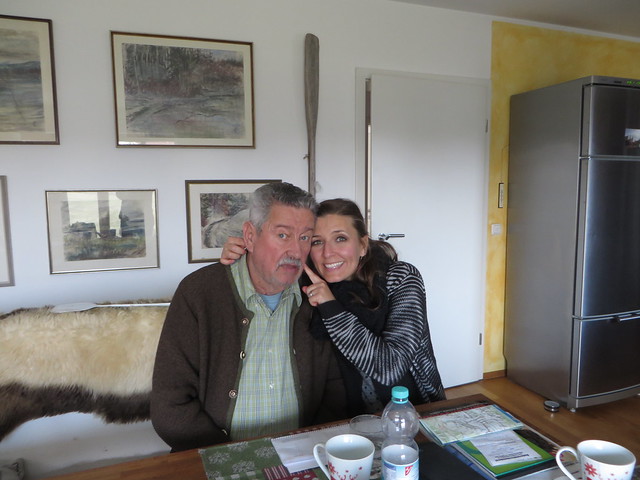 Later on I tried again, thinking perhaps I would have better luck behind the camera.

“Dear god, Dad, can you just smile in one photo? Please?”

This was the result: 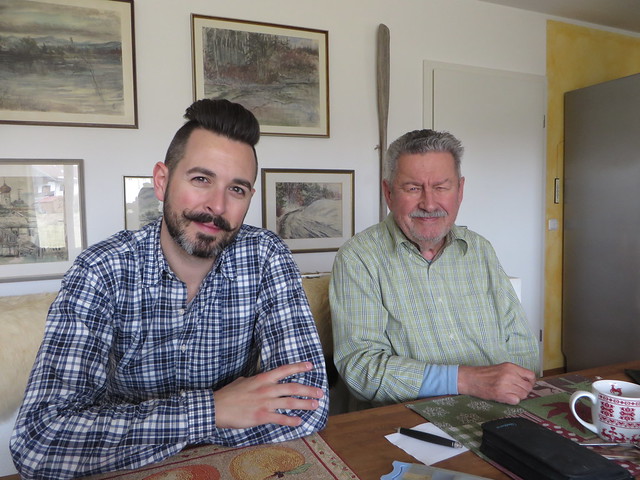 I gave up, and sandwiched myself between my father and my stepmother, each of them unsmiling, like always. I like this photo. It makes me smile, because it is brutally honest. They are not unhappy. They are simply not smilers. 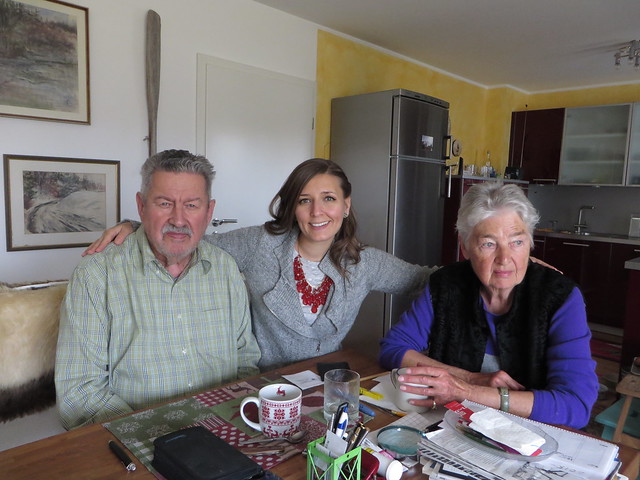 I’ve stopped trying to create the narrative that he’s something other that what he is. My dad does not grin, and is not inclined to cuddles or silliness (though sometimes he giggles. It’s the craziest thing). He is not patient, and while he is never short of words, he is not one to talk about his feelings. But that doesn’t mean he doesn’t have them. He doesn’t shirk responsibility. He is smart and well-read and meticulously organized (this latter characteristic, I proudly get from him).

And even now that I am well into my thirties, he sends me a check for my birthday, and sometimes for Christmas, with the instructions, “Buy yourself a nice present.”

He loves me. But he won’t smile for me, or anyone else. 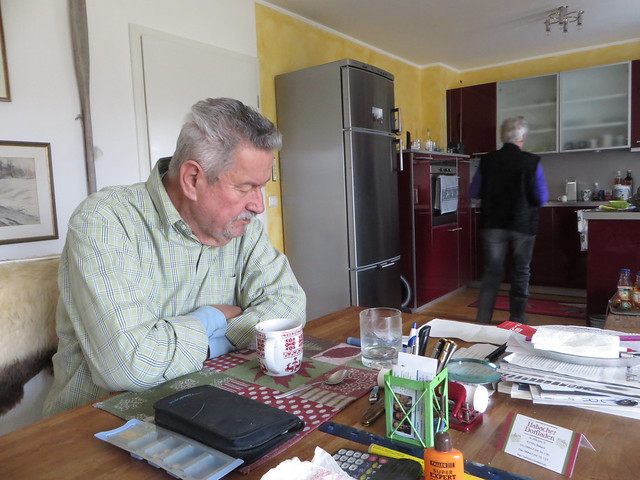 My father in his natural state. Grumpy.

And that’s okay, I guess. Sometimes, you just have to accept people for who they are. Because even if it doesn’t make for the best picture, at least it’s real.