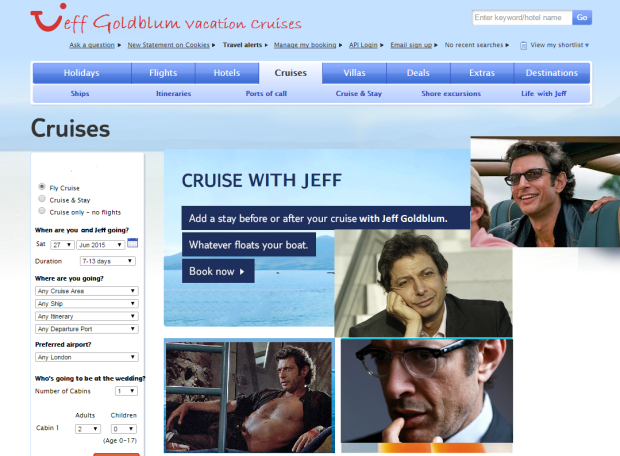 I am kind of an asshole.

This should not be surprising for anyone familiar with the blog. I haven’t exactly done a great job of concealing it. But I feel that I should probably start off this post by stating it, plain and clear. I have several reasons for this:

But the biggest reason that I’m admitting to being one is that it explains my immature and asshole-like actions (ones which I will recount, in detail throughout this post).

Here’s the thing: because of this blog, I get a lot of email. Some are delightful, filled with links to Jeff Goldblum t-shirts, or stories about brain surgery and cupcakes.

But a large percentage of the mail I get is from some shady company that wants me to publish a guest post for their client, who specializes in something evil, like offshore gambling or clubbing baby seals or timeshares.

I get these emails, even though I make it clear on my About page that I don’t want to receive them. And that if you email me about this stuff, I will report you to Google and make fun of you on the blog. But I still get emails about EXACTLY those things I don’t want to hear about.

Usually, I just delete them. Unless I get a follow-up email, asking me what I thought of their infographic/press release/sketchy offer to buy my kidneys. And then the only reasonable response is to do exactly as I promised.

Here’s how I wasted my and other people’s time recently. Enjoy.

This guy sent me an email about joining their affiliate program, which I promptly deleted. Then he sent me a follow-up email in which he managed to sound offended and also really sarcastic. 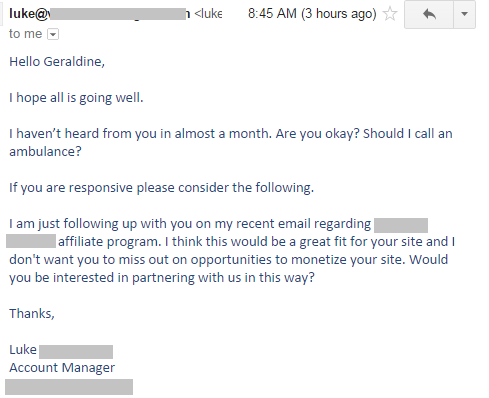 IF I AM “RESPONSIVE”? Oh, hell no. Nobody out-sarcasms me. 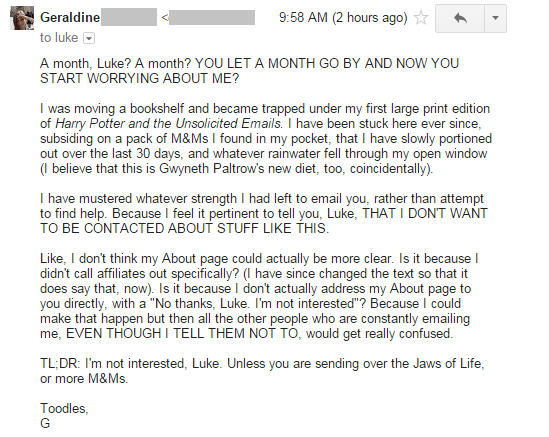 This was from some herbal supplement place. The press release was long and rambling, and they kept talking about how their products aren’t drugs. Which automatically made me suspicious.

I decided to miss the point entirely: 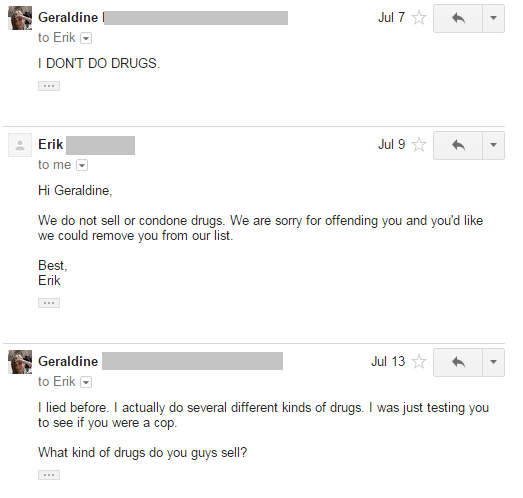 Outcome: No reply. Worst drug-dealers, ever.

Jenny sent me an initial unsolicited spammy email that I deleted. Then she followed up.

A bigger person would have ignored the email.

I am not a bigger person. 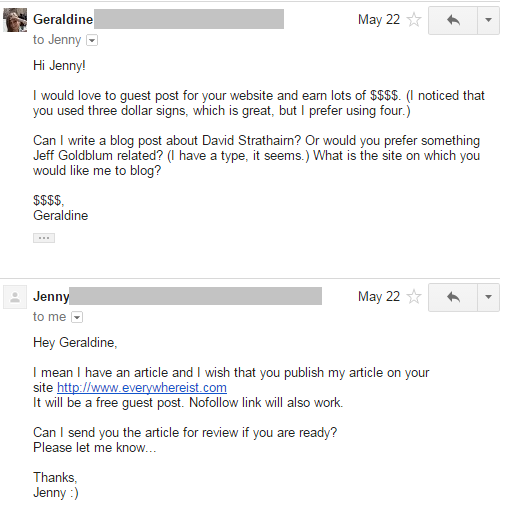 I decided to just get really confused by what Jenny was asking for. 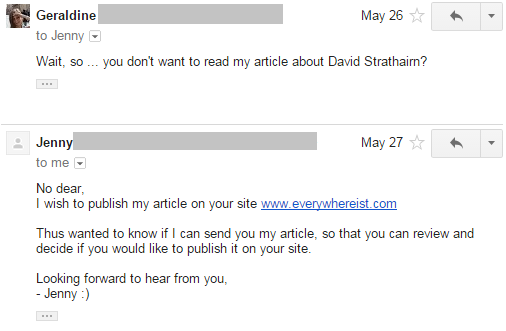 I love how she calls me dear, when she really means “crazy bitch.” 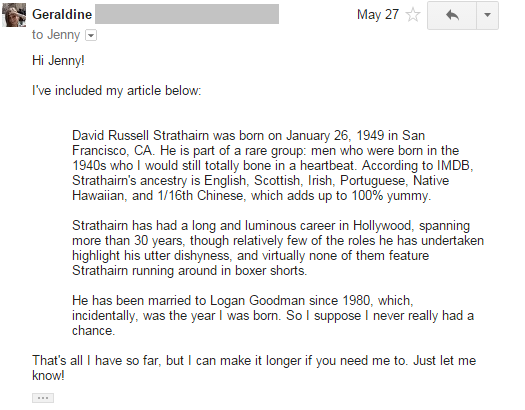 At this point, it became apparent that English is not Jenny’s first language, and I didn’t really want to mess with her much more, because that’s a shitty thing to do. She probably doesn’t live in a first world country and is making crap money sending out spammy emails.

My problem is that I usually can’t glean that from the first few emails, especially when they’re signed “Jenny Roberts” or “Katie Smith” or “Amy Jenkins.” And by the time I realize it, I’m already an asshole.

But you knew that about me already. 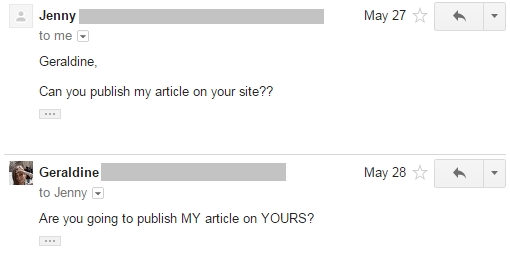 For those of you who don’t know, Turkish Delight is one of the worst candies on the planet. Remember how sometimes your mom or grandmother would get a Whitman’s Sampler box for Valentine’s Day, and you’d occasionally bite into a chocolate that was just weird jelly inside?

That’s Turkish Delight. EXCEPT WITHOUT THE CHOCOLATE COATING. I recommend giving it to someone you hate, as it’s actually worse than receiving no candy at all.

For reasons that hurt my brain, someone thought that: 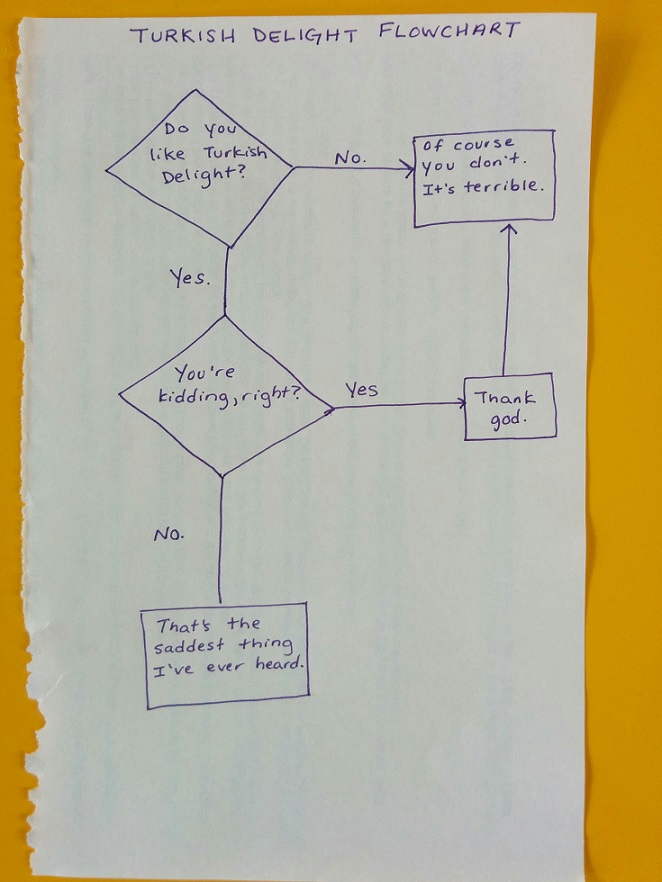 Poor Joe attempts to appeal to my conscience. Joke’s on him. I don’t have one.

Outcome: I didn’t have to eat Turkish Delight.

In my defense, I ignored Kate initially, but she KEPT EMAILING ME. 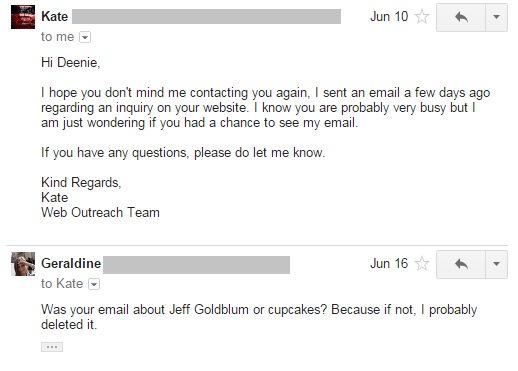 It’s pretty clear that I’m not interested, but Kate emailed me again. And I ignored her, again.

BUT THEN SHE FOLLOWED UP.

And I had no choice but to mess with her. 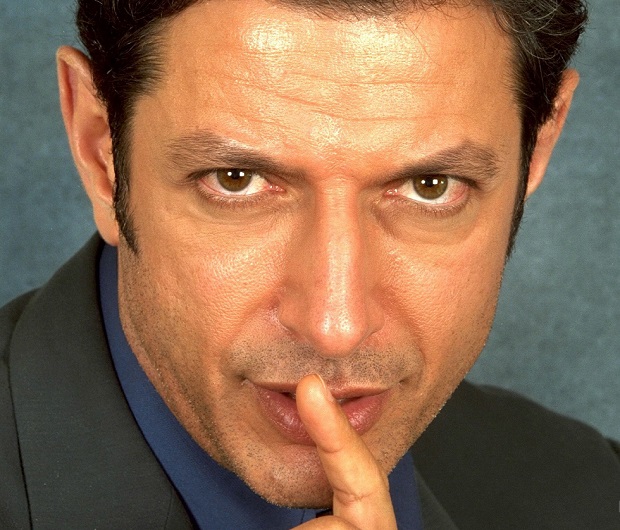 I don’t know what’s up with Kate, but she’s completely ignoring my emails and carrying on like this exchange is normal. Naturally, I’m elated. 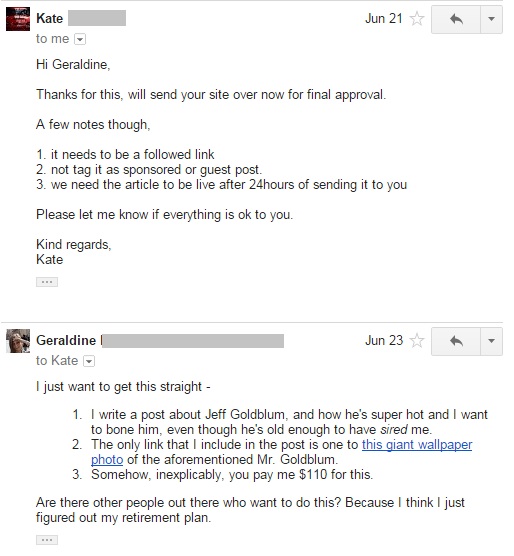 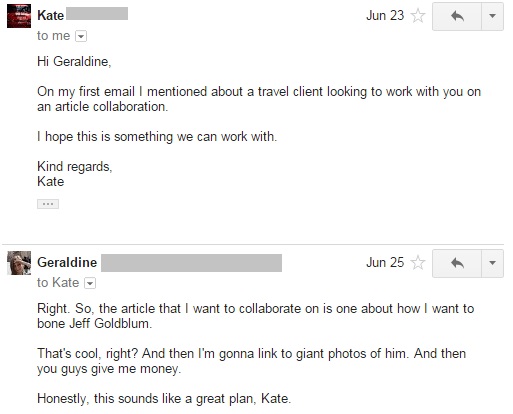 I guess Kate sobers up by this point, but it’s too late, because I’m drunk. 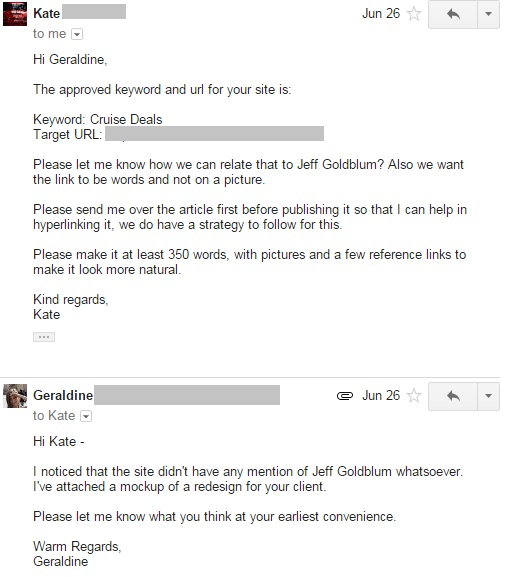 I’m really proud of this. I was actually able to match up the fonts pretty well, and use the client’s logo, too. 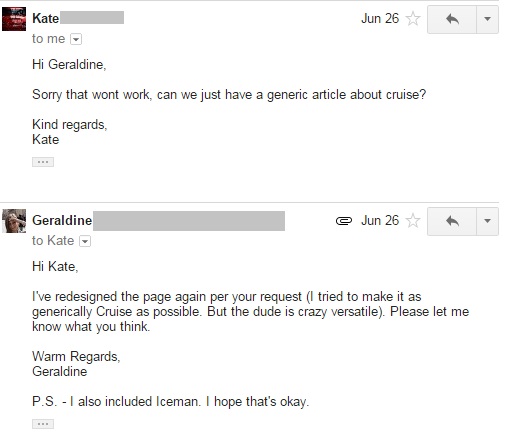 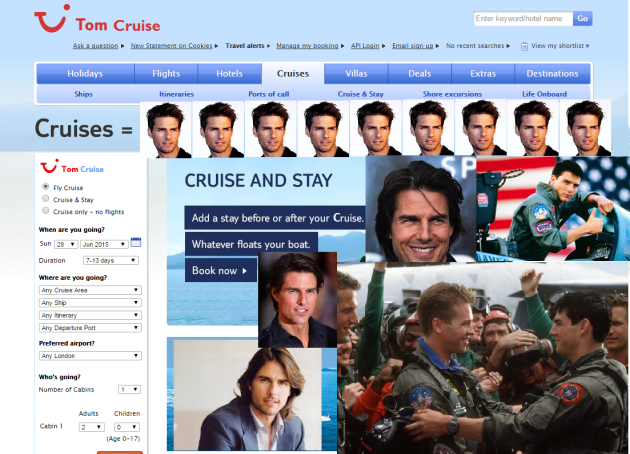 Kate starts to lose patience with me. 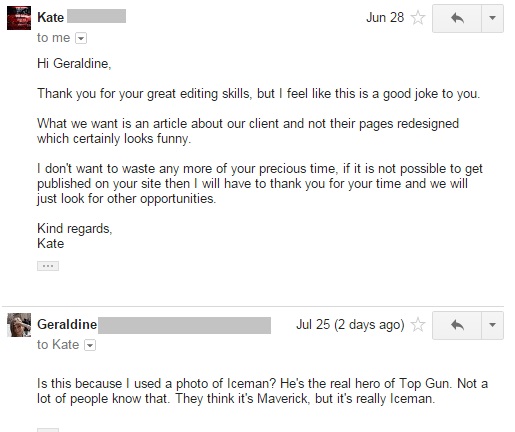 Outcome: Iceman is the true hero of Top Gun.

I should probably go do laundry or something.