Skip to content
Posted in: Nothing to Do With Travel, Rants and Raves

There is something perversely wonderful about tonight, Jon Stewart’s last night on The Daily Show, coinciding with the Republican Presidential debates, of which Donald Trump is a front-runner. 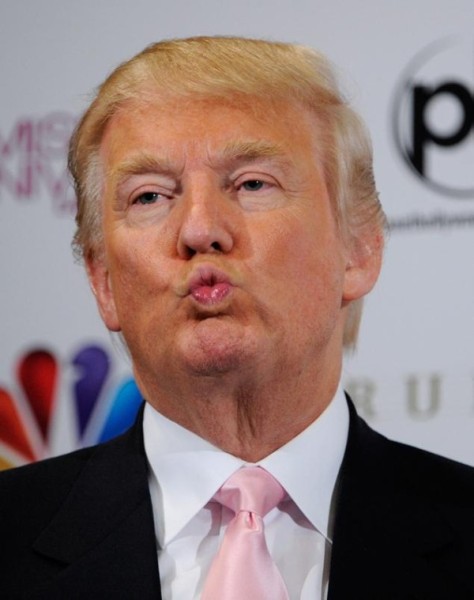 Like, he’s actually the front-runner. That is a fact. There’s something like 28 people vying to be the Republican nominee (it’s starting to look like some weird, post-apocalyptic version of Hollywood Squares),  and the two at the head of the pack are THE DONALD AND HIS HAIR.

According to Twitterverse, he’s done absolutely nothing to prepare for tonight:

Reports out of camp Trump say he has done no formal debate prep sessions, had no mock Q & A, and conducted no practice debates.

I’m not going to lie: that is one of the best things I’ve ever heard. Naturally, I’m going to be glued to my television.

And you, dear reader, are absolutely right. I’m fairly sure it’s written in the constitution that it is our duty as Americans to get absolutely shit-faced while watching D-level celebrities screaming about all the things they will do when they are King of America. Or, at least, it will be after Trump is elected Commander-in-Douche.

In my infinite spare time (because I’ve been unemployed since forever. THANKS A LOT, OBAMA), I’ve devised a way for all of us to get good and sloshed while watching the “debates.” Enjoy.

(Note: I recommend starting with something that has a low alcohol level, like wine or beer. If you go straight for vodka, you will be incoherently drunk by the first commercial break.)

Nothing to Do With Travel, Politics, U.S.