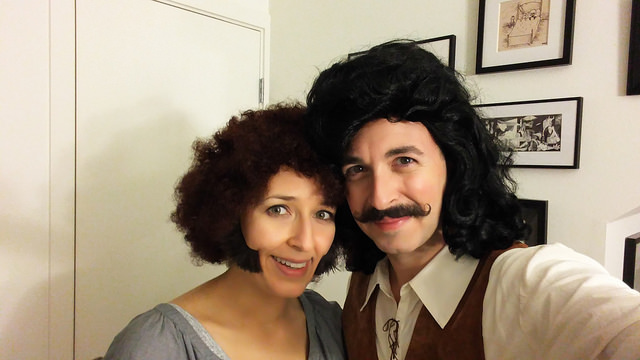 There are spans of time in my life that can be characterized by a theme (there was The Beatles Period in the late 90s, The Carey Grant Epoch in the early 2000s, The Age of Veronica Mars not long after that). This may happen on its own – we’ll see recurring motifs or images, or a song or a person or an idea will follow us from one city to the next. Sometimes we shape the circumstances of our lives to fit into a theme that we’ve chosen.

Rand said that these last few months have made 2015 the year of The Princess Bride. 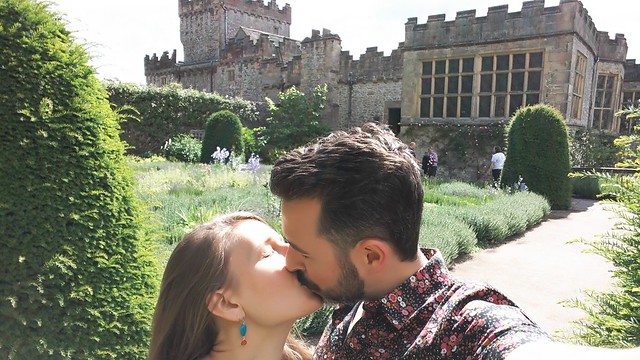 Rand and I at Haddon Hall (aka, Humperdinck’s Castle) this summer.

I am inclined to agree. I occasionally pushed things in that direction – telling Rand that we needed to visit Humperdinck’s castle and Cave Dale (the hill down which Westley and Buttercup tumbled) when we were in England in July. Insisting that we visit the Cliffs of Moher (aka, The Cliffs of Insanity) when we were in Ireland just a few weeks ago (I’ll write about that soon). But there were a number of things that fell into this motif on their own.

The park outside our house plays outdoor movies on weekend nights in the summer. Every year Rand and I tell ourselves we’ll go, and every year, we forget, or decide that it’s too much bother. But this year, we managed to catch the end of one.

You needn’t bother guessing. You already know what film it was.

There’s the time that I, a month or two ago, came by Andre the Giant’s obituary, written by William Goldman, the author of the book on which the film is based. I read it aloud to Rand, my voice catching on the penultimate line.

Finding Andre again on a sticker by Shepard Fairey on the street art tour we did while in London last month. Countless other memes and quotes and songs and images, all of which found their way to us.

And so with this year’s Halloween costume, I tell you sincerely: I am not sure if we chose it or not. I don’t mean to contest the concept of free will, but I just don’t know if there was another option for us.

This Halloween, we portrayed the greatest couple in The Princess Bride.

We were Fezzik and Inigo. 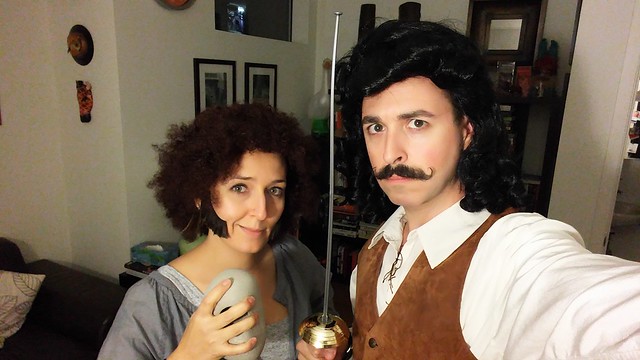 And while it felt absurdly, ridiculously fitting, I still had my doubts in the months leading up to Halloween. Andre the Giant’s height was never properly recorded (accounts vary), but the consensus was that he was around 7’4″. These were big shoes to fill.

Maybe I’d be better off portraying Man in Black?

“You have to be Fezzik,” Rand insisted. He was right. There was no other option.

In the end, I found the resemblance to be rather uncanny. 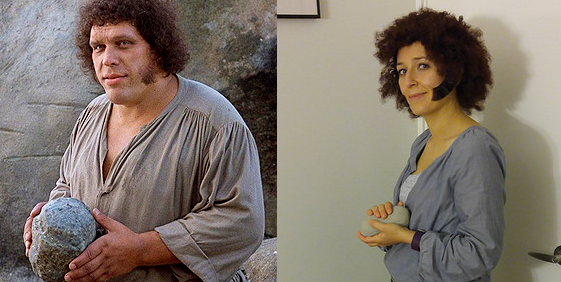 Besides, if there’s one thing I’ve learned from being short (besides the fact that concerts will all look the same – a forest of people surrounding you like sequoias, the soundtrack the only variable) it’s this: your height in no way precludes you from being a giant. 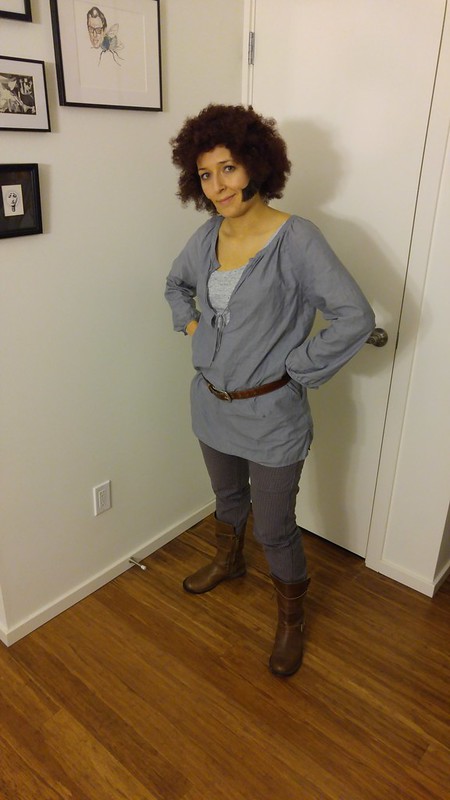 Rand didn’t look too shabby, either. 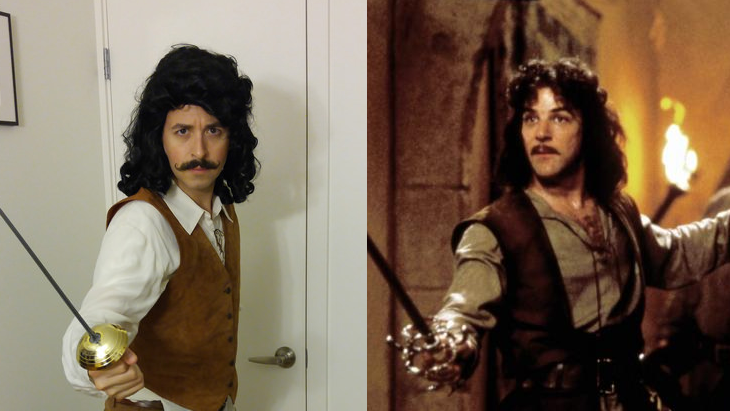 He kept quoting different lines from the movie, and next to Westley, Inigo has some of the best.

To which I replied, “Anybody want a peanut?” (Fezzik, I’d soon realize, doesn’t have a lot of lines.) 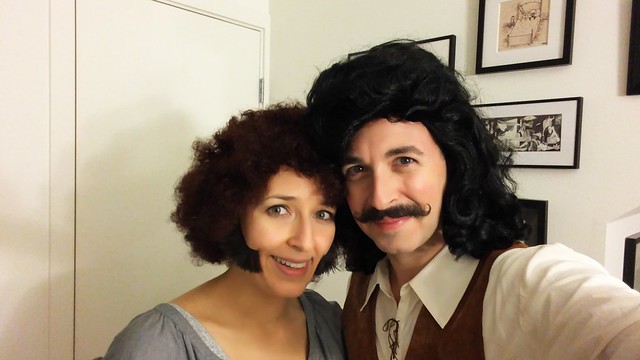 More often than not, though, Rand would just look at me and say, softly, “Fezzik, it’s you.” I had no real reply to that, other than this, which I am sure you are dying to see: 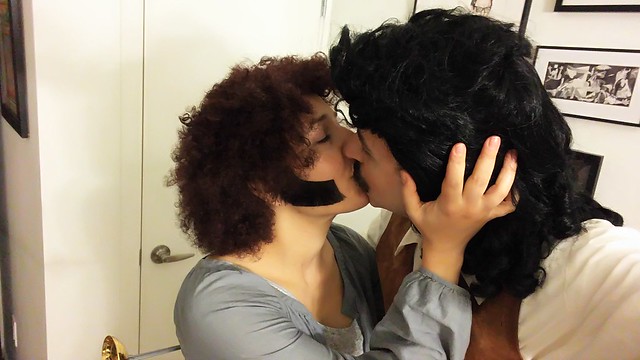 I suspect this fan-fiction exists already, somewhere in the bowels of the internet.

There was one casualty to all of this, as you may have already noticed: Rand’s beard. I tried to persuade him to keep it (at one point in my desperation, I begged him to at least leave a goatee. I call this “hitting rock bottom.”) He has repeatedly explained to me that it will grow back, as hair so often does. I keep staring at his naked face. 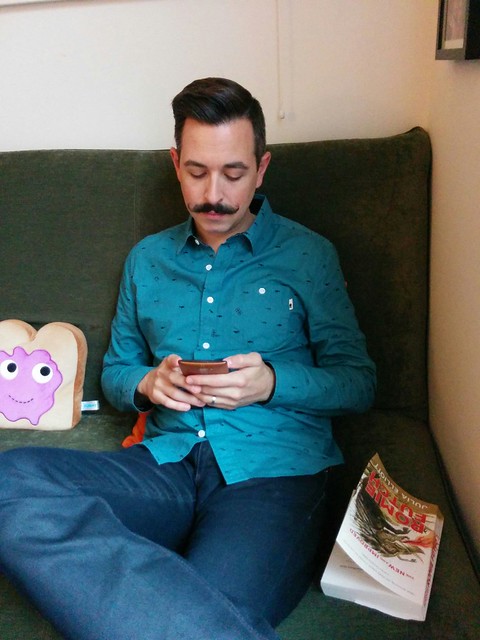 I remember  it from a long time ago. 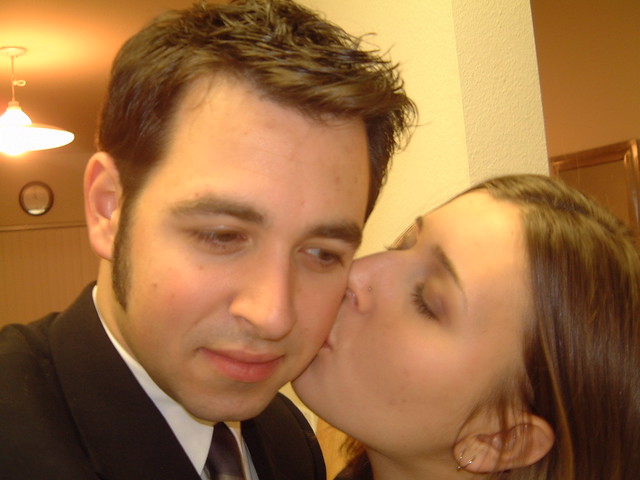 Rand and I in 2002, a few months after we started dating.

It is all at once familiar and foreign. Like a movie you’ve watched a hundred times before, but haven’t seen in years. It all feels new, and yet you know nearly every line.

This was the year of The Princess Bride. It’s coming to a close now, and we gave it the best send-off we could. 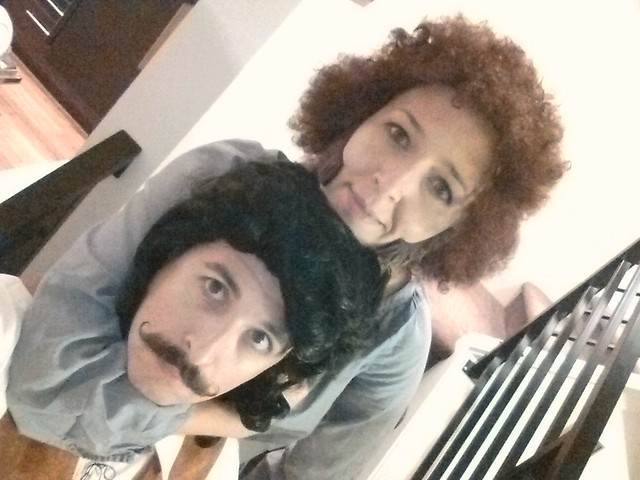 Doing anything else this Halloween would have been, well … you know.

Halloween, Nothing to Do With Travel, Princess Bride