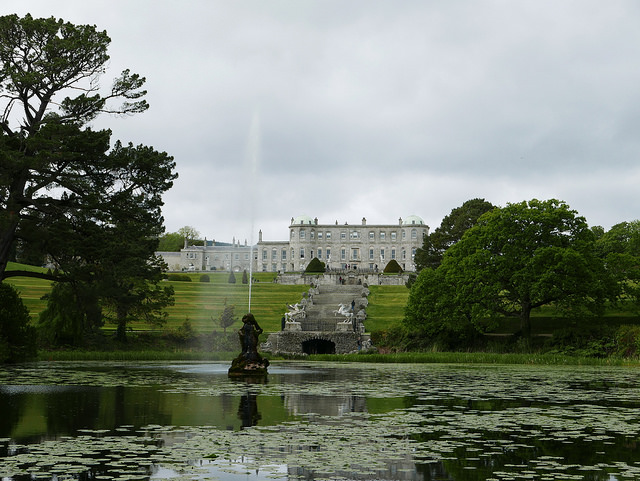 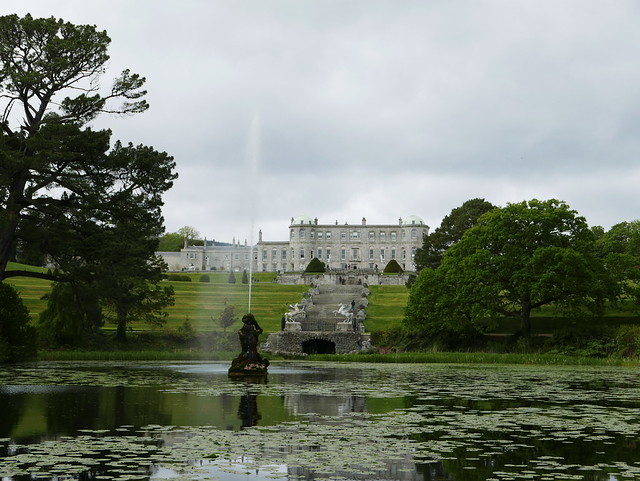 Our last trip to Europe took us to Wicklow, just outside of Dublin, for a few days (before we skipped off to Spain on a rather terrifying Ryan Air flight that will henceforth be referred to as Kegger at 30,000 Feet). Rand’s conference hosted us at the Powerscourt Hotel, which is in the middle of a lovely, expansive estate in which we absolutely did not belong because we’re terrible at acting civilized. I can’t go five minutes without making a fart joke.

I can’t go five minutes without farting, to be perfectly honest.

On the first day it was gorgeous, but chilly, and though we were in the throes of jet lag (punctuated by ravenous hunger and extreme crankiness, which, I realize, isn’t all that different from the status quo) the gentleman at reception insisted we go out and look at the grounds. 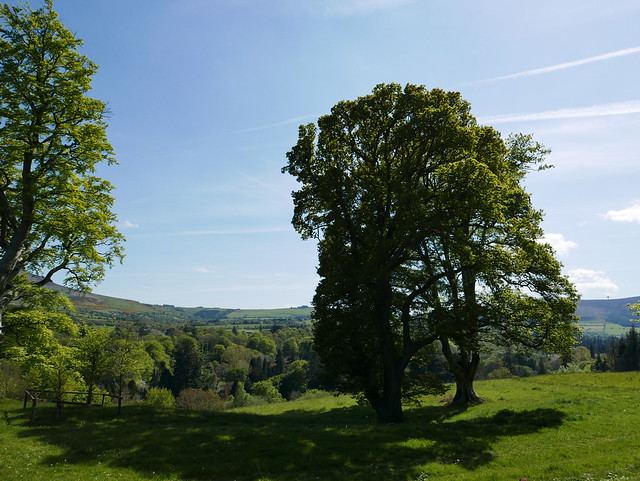 “Today is our summer. It’ll be gone tomorrow,” he said teasingly, and I resisted the urge to kiss him full on the lips.

So Rand and I walked around under an Irish sun. 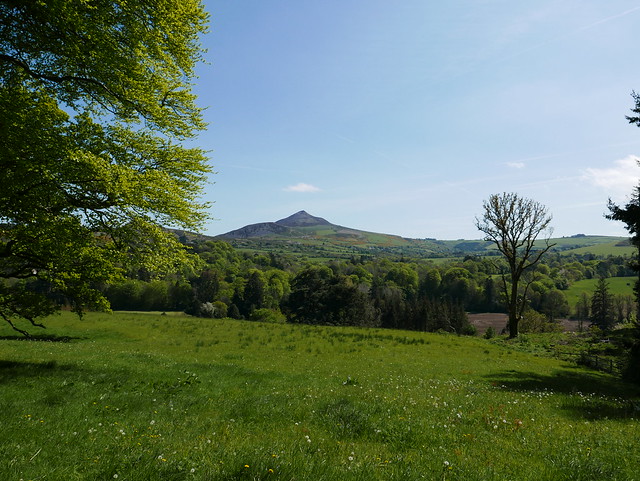 And the wildflowers were out and even the cemetery was lovely. 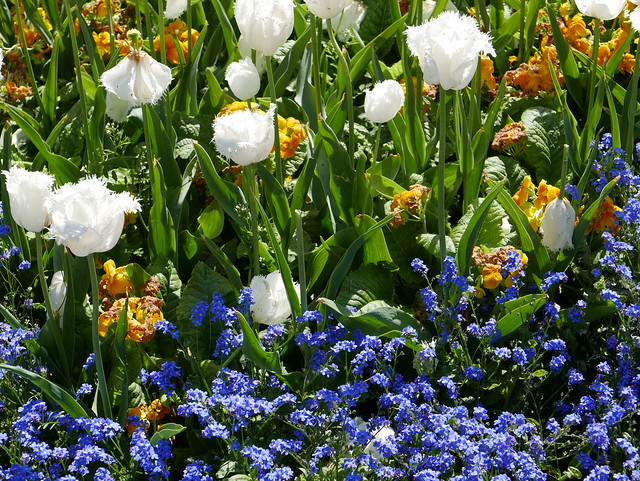 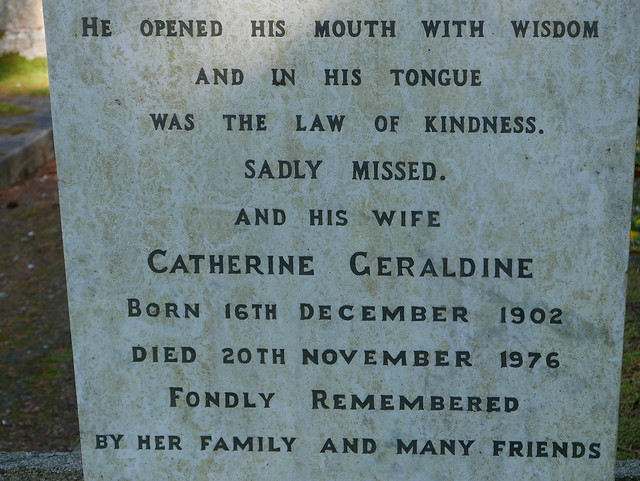 Sometimes I lament the fact that no one has my name until I realize that lots of people do, they’re just long gone.

The next day we took to the gardens, this time under a cloudy sky. I suppose everything was a little less lovely for it, but not much. The Gardens require a ticket for entry, and I fought any moral opposition I had against paying to look at plants and bought us admission for two.

And it proved well worth it, even though we’re talking about plants. The gardens were expansive and well manicured and sort of magical. 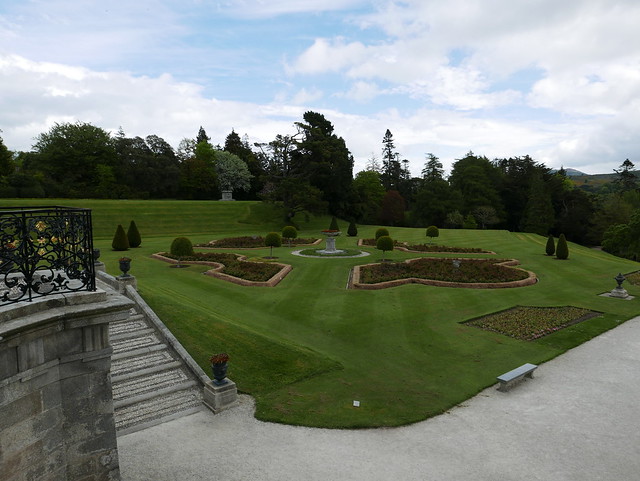 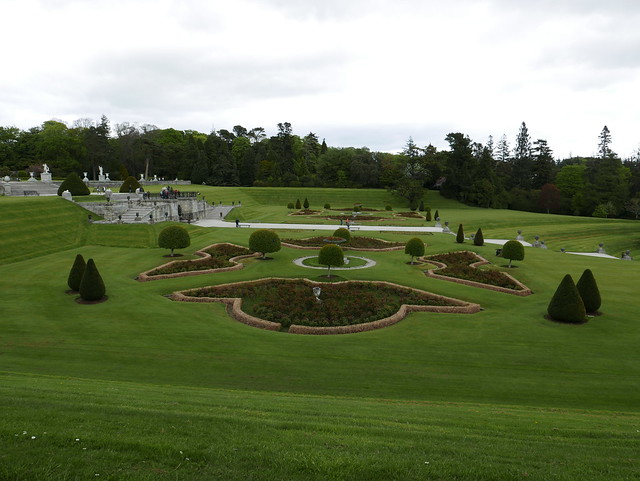 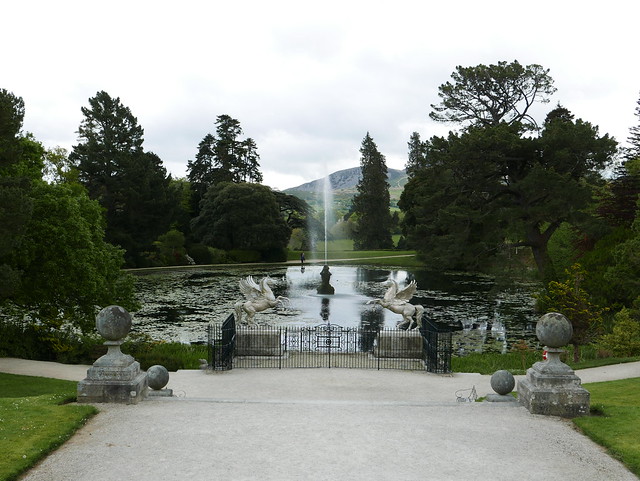 But since my first language is sarcasm, I decided that my only true recourse was to be underwhelmed and annoyed by all of it. 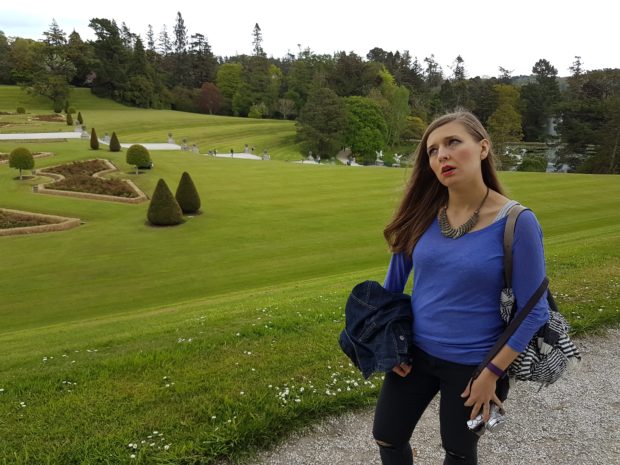 I mean, the gardens were only ranked third on National Geographic’s list of top ten gardens. Third. It’s like, ARE YOU EVEN TRYING AT ALL? 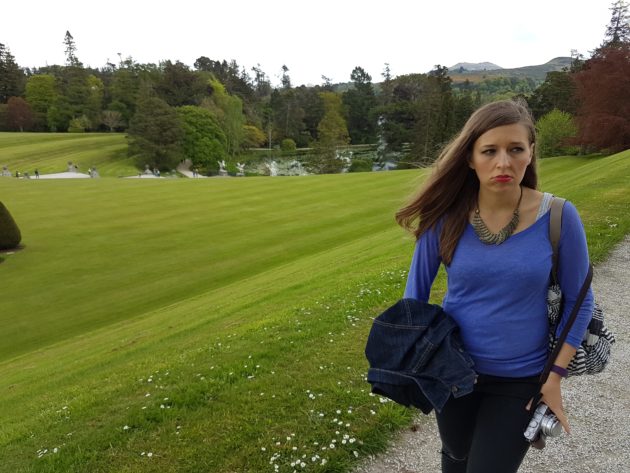 We found a tower that stood in one corner. 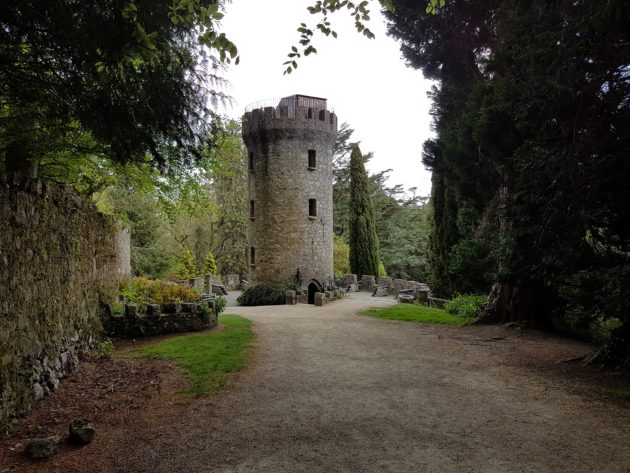 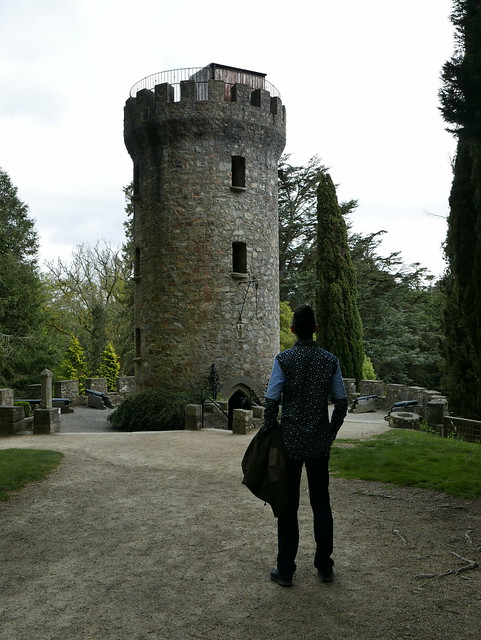 We walked on paths and I sat on a bench that was so high my legs had no chance of touching the ground. 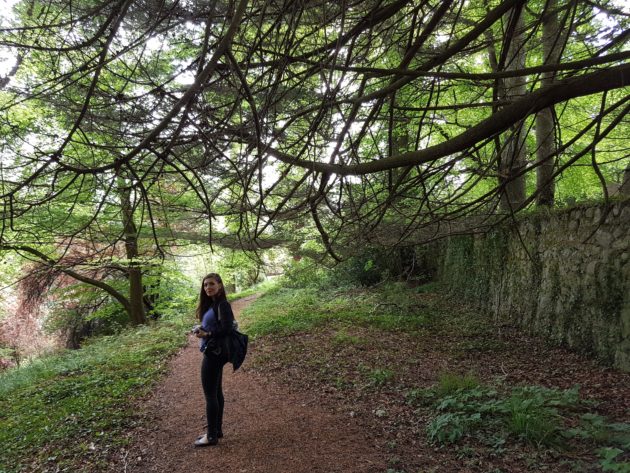 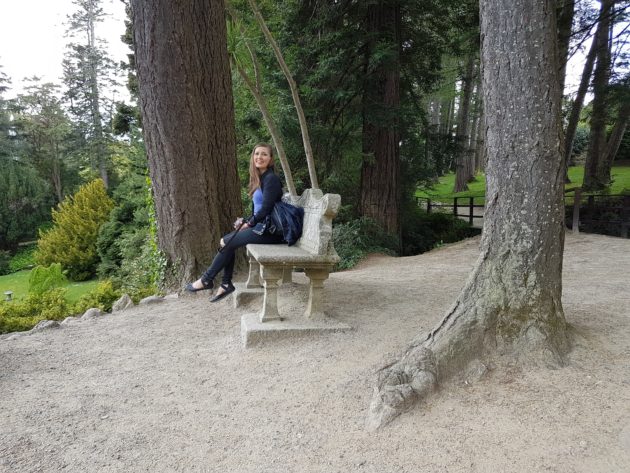 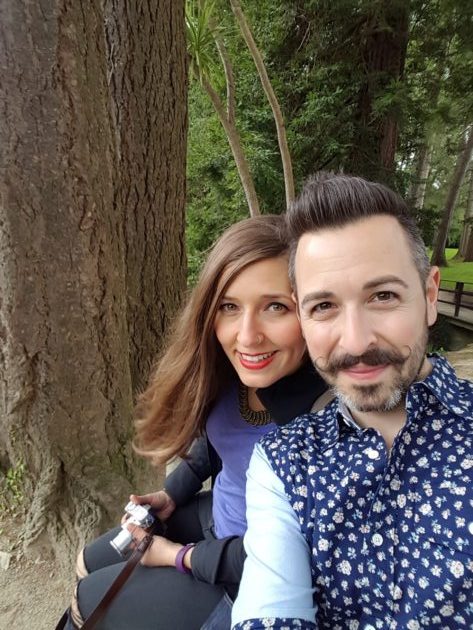 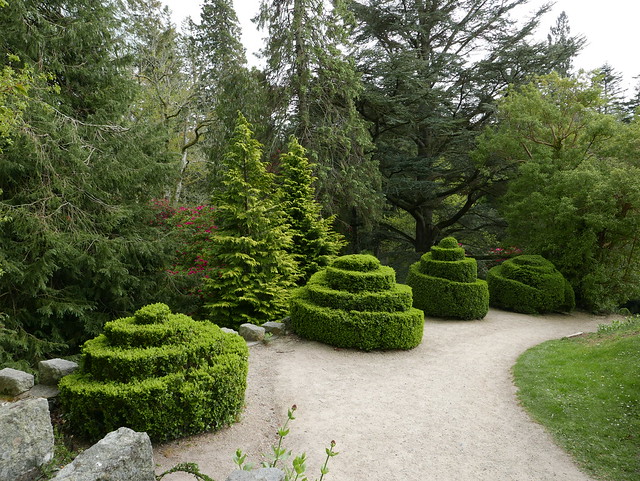 We explored the pet cemetery … 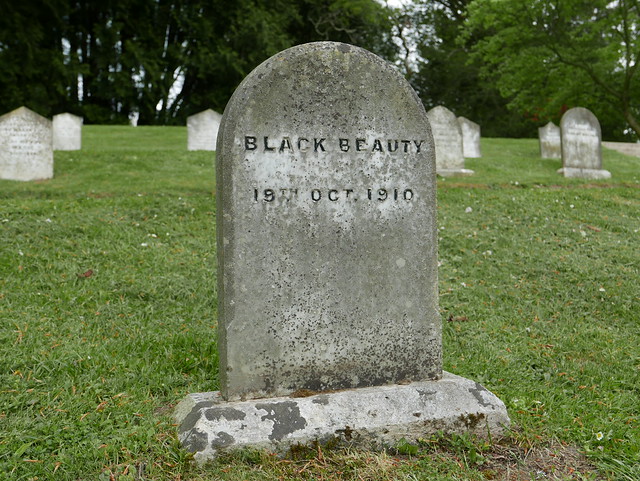 and the Japanese Gardens … 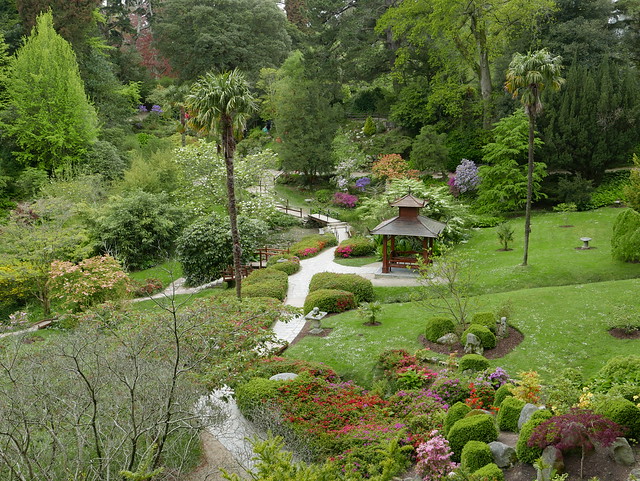 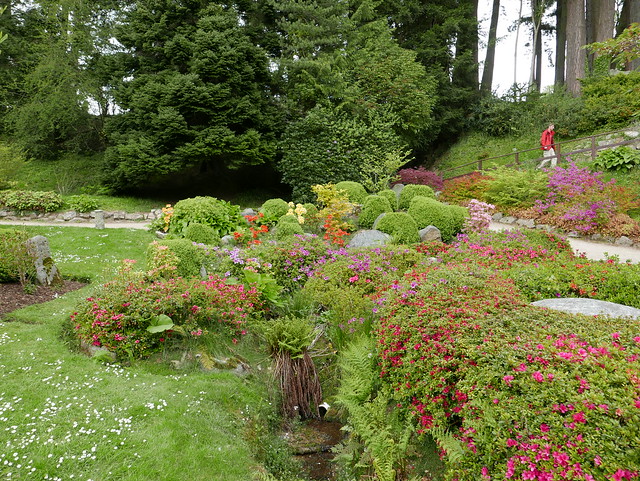 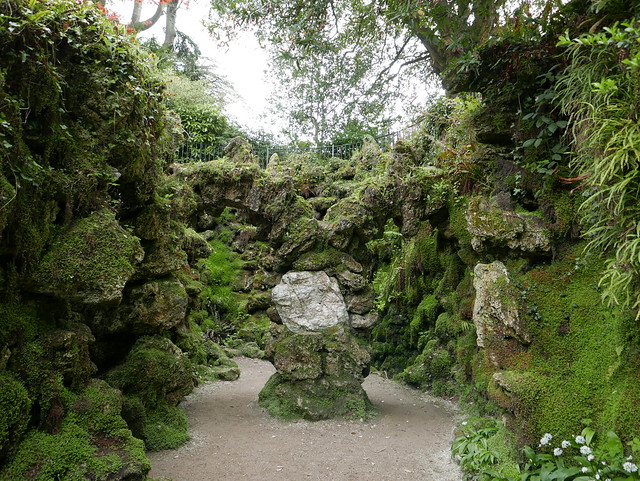 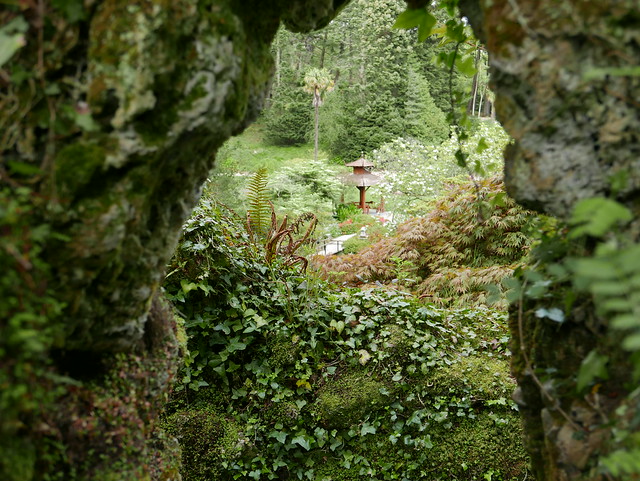 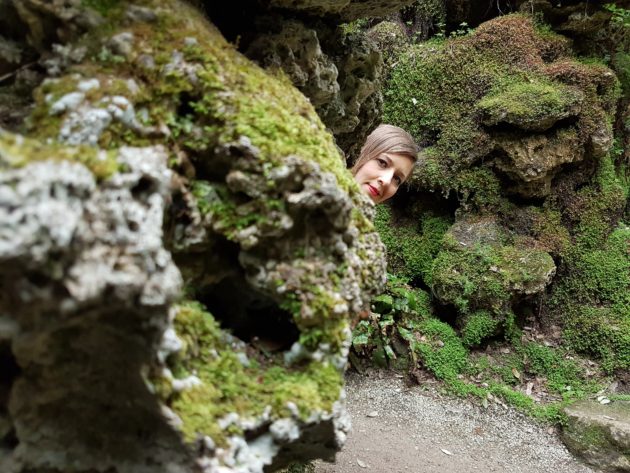 And then there was a magical waterfall or some bullshit. 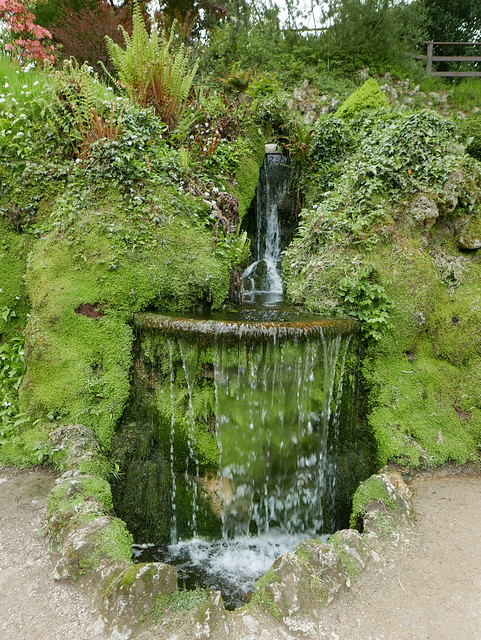 At one point we paused and I took a photo of us. In it my hair is a mess and my skin is a disaster and the entire thing is utterly perfect and I think I may never take another selfie again because this is my opus. 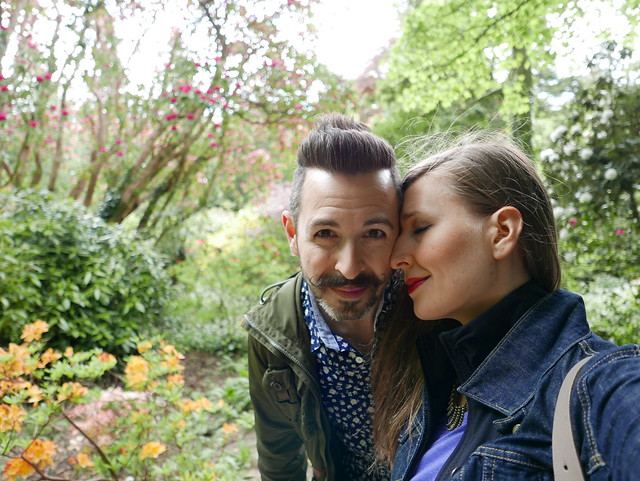 The gardens are okay, I guess. Whatever.