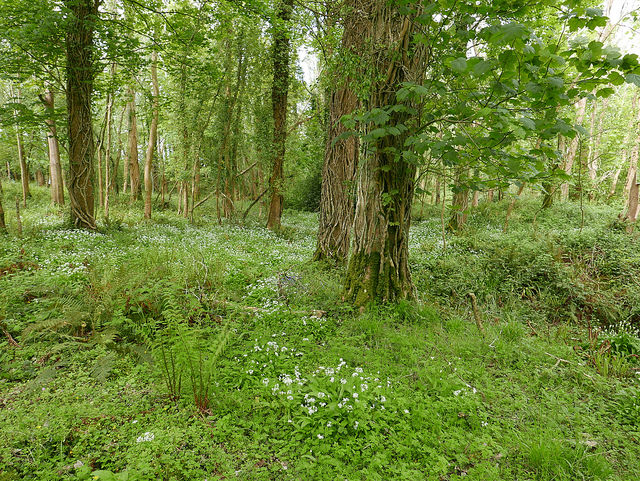 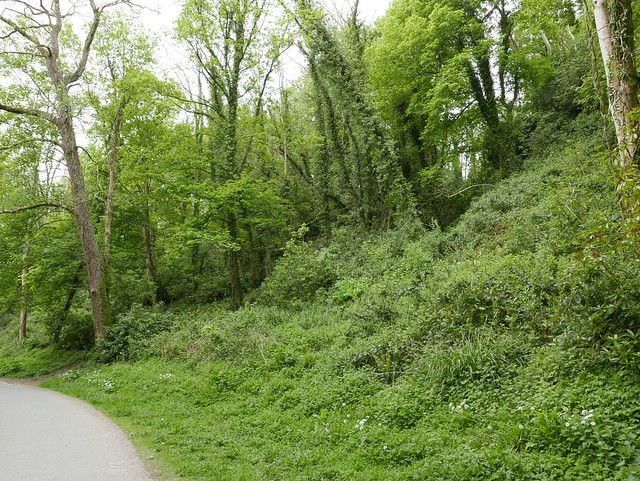 See that tangle of woods at right? That’s where I thought it would be a good idea to walk though.

Two roads diverged in a wood, and I—

I took the one that was well-trodden and safer and less likely to be the stomping ground of rabid raccoons.

Sometimes I think Robert Frost was an idiot. And then I realize that no, it’s just people misinterpreting his words. His most famous poem is also the one that is most easily misunderstood.

Read it again. And then read this. And this.

A lot of people perceive the poem as Frost saying he is taking the less popular of two choices. He’s not. He notes that both choices are pretty much equal – but that you are always going to wonder about the path not taken.

Still, even if we incorrectly assume that he’s saying to take the road less traveled, there is still something profoundly wrong with that sentiment – because it makes you think that traveling a path that thousands of people have walked on before you is somehow wrong.

It’s not. Sometimes, there is a very good reason why the vast majority of people chose one path over another. It might be that the seldom-used path might be full of blackberry bushes and animal feces and hasn’t been well maintained. It might go to nowhere. It might be dangerous, and not in a “the risk is worth the reward” kind of dangerous, but in a very obvious “you are going to fall off a cliff and die and the last photo of you will be a blurry selfie that was SO not worth it” kind of dangerous.

(Also, “less traveled by” is such a grammatically problematic statement. It’s like Frost was trying to come up with shit that, a century later, pretentious people could quote at high school graduations. Jesus Christ).

Being defiant and contrarian doesn’t necessarily make you right. Don’t get me wrong: some of the biggest societal advancements ever made have come from people looking at the status quo and defiantly taking a different path. But I don’t think that mentality should be extended to, say, the goddamn woods.

Why all of this preamble? Because I did something really stupid when we were back in Ireland. Rand could tell something was wrong the second he arrived back at our hotel room. I had just returned from my own outing, and sat, quietly, scraped up but still in one piece.

“I’m fine,” I told him, preempting any concern. “I’m fine.” There was no real damage. My brand-new camera didn’t have so much as a scratch on it. My jeans were a bit dusty from where I had slid, but that was it. They were already torn at the knees to begin with. He asked me what happened.

“I was stupid,” I said. A mixture of low-blood sugar and jet-lag and bad judgment.

We were in Ireland, at the Powerscourt Hotel. The day was gorgeous. I walked along a well-maintained, vehicle-accessible path that led me down a hill to a small, winding river. There were people pushing strollers and dogs wandering off their leashes and the occasional low hum of giant, doddering bumblebees. I imagined how I would tease Rand about it, stuck in his conference. 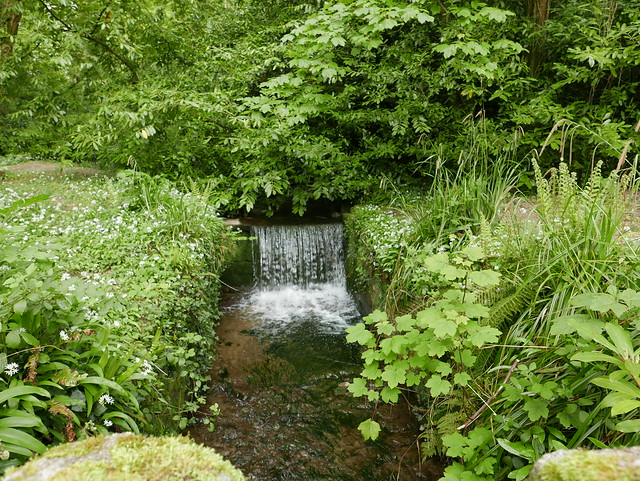 “Ugh. It’s only nice if you like wildflowers,” I’d tell him. “And the brooks aren’t that babbling. It’s all so stupid.” 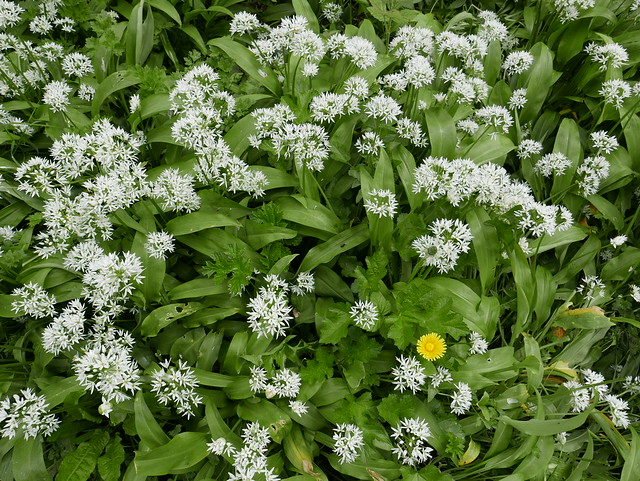 I’d sent him a quick text before I left, letting him know where I was. That’s a good idea when you are about to go off on your own: let people know where you are headed, and when you are planning on being back. Also please let the record show – I did one smart thing that morning.

As I walked, I felt experienced that peculiar mix of shivering and sweating, my internal thermostat having gone completely haywire thanks to jet lag. I’d just eaten but was starving, and decided that I needed to get back to my hotel room quickly, before I started to feel sick or dizzy.

Ideally, I should have gone back the way I came. Instead, I noticed a path that cut sharply up the wooded ridge at my left, eventually meeting the road high above me, the one that I had originally walked down on. I could slowly follow the road all the way around to get back there, or I could simply take a shortcut by following the path through the woods. 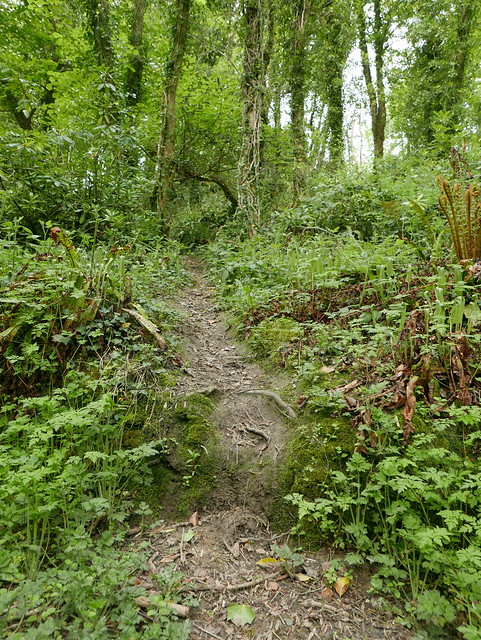 What I thought was a path. Spoiler: it was not.

I decided to take the shortcut. The road less traveled by. Like a moron.

I can’t quite remember when I realized that the path wasn’t actually a path. It was simply a groove that had been carved out by draining rainwater. But surely some folks had chosen to go this way, right? By the time I’d climbed halfway up the ridge, occasionally scampering on my hands and knees, I concluded that no, they probably hadn’t. The not-path wound up the hill and dropped off sharply in the parts, into rocks and bramble, and I as pulled myself up with branches and tried to find footing in the increasingly-muddy terrain, the drop became worse and worse. First it was 20 feet, but it soon grew to 30, then 40. 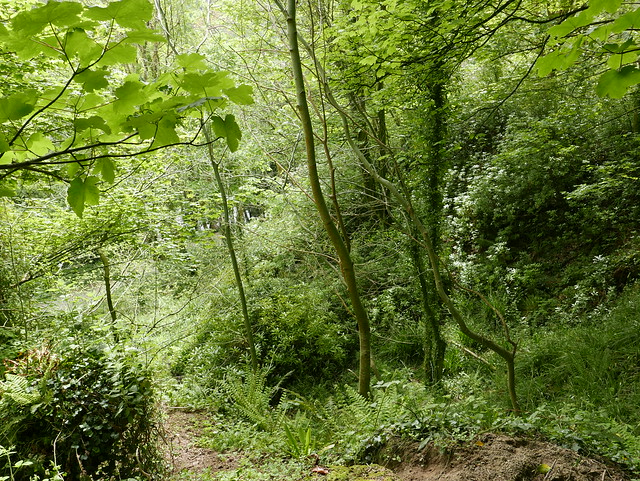 At first, I snapped photos casually and after a while I started taking them manically as a means of calming down and pretending that I had control over my environment.

In my mind, I could hear Rand’s worried voice.

But I was so close to reaching the road, and honestly, turning around and heading back down seemed like it would be a lot, lot more dangerous. Besides, this was a well trafficked area. If things got really, really bad, I could shout for help, right?

As long as I didn’t fall and get knocked unconscious.

Slowly, carefully, I pulled myself up to the top. Now muddied and exhausted, I exhaled deeply and looked around. 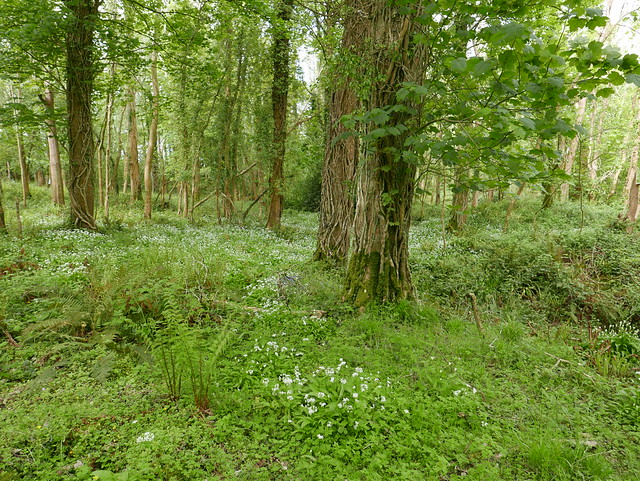 There was no road.

I was just further in the woods.

I tried to stay calm, but I felt panic rising in my chest. Real panic. Not like what I’d experienced when I couldn’t find my keys or thought we’d miss our flight. But actual, legitimate, I might have really done something irreversibly stupid and dangerous kind of panic.

And sometimes, when that sets in, the only thing your brain can think to do is double-down. WHICH IS A TERRIBLE IDEA. But I went with it, anyway as options were thin and I was hungry. The path had to be close by, right? I started to walk, slowly, further in, and realized I couldn’t see the road at all. Not a single trace of it. And that everything here looked more or less the same. If I kept going, it wouldn’t take me long before I completely lost my way.

I had to go back down.

I walked back to where I thought I’d come up. Funny thing about steep climbs – it’s much easier to go up than down. I grabbed a stick, jabbed it into the ground for leverage, and slowly began to inch my way down. 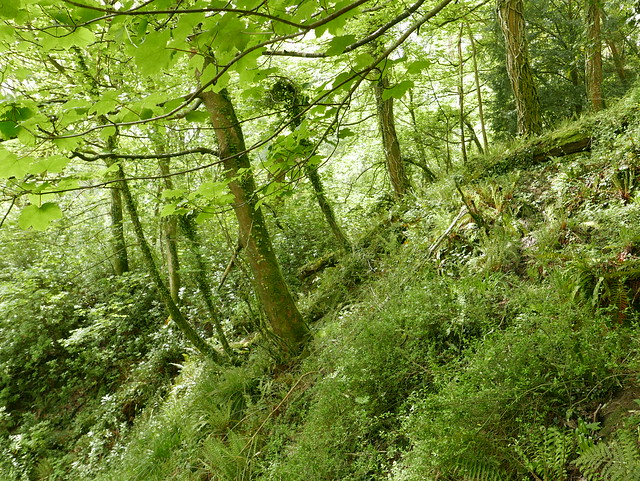 This was taken while holding my camera level before I went back down. Yes, this is how steep the climb was.

The stick broke. I slipped. I caught myself. I skidded again, a few more times, never more than a few feet, but enough to send my heart racing. I leaned back, so that if I did lose my balance, I wouldn’t fall head first.

I trip a lot. On hikes, I usually stumble at least a few times. Rand, if he’s within arm’s reach, usually catches me. (Ugh – I know. I know. It’s insufferably adorable.) I don’t say that to be melodramatic or overly earnest. It’s just something that he’s learned to after being married to a person with inner ear issues and heavy feet.

When he’s not around, I usually stumble, and careen into something, and laugh manically, in a rather unadorable way that is completely unlike how heroines in romantic comedies behave. Sometimes I hit the ground, hard. I get scraped up. And the sheer powerlessness that overcomes me in situations like that often compels me to cry.

Looking back, it’s a miracle I didn’t crack my head – or at the very least, my camera – on that ridge. Back in the hotel room, I threw my clothes in the sink and took a cool shower. Under the water, a dozen cuts across my hands and knees made themselves known. I stared, disbelieving. I hadn’t felt then at the time.

When Rand came back to the room, I told him what had happened. He hugged me.

“It’s okay,” he said, gently. And this time, it was, but all of it – my panic, my scrapes, my racing heart – could have been avoided.

Sometimes it’s best to stay on the path. It’s there for a reason. Mostly, so you don’t die and end up as food for bunnies and deer and whatever other adorable flesh-eating creatures live in the forest. Sometimes, the view from the paved road is just as nice.