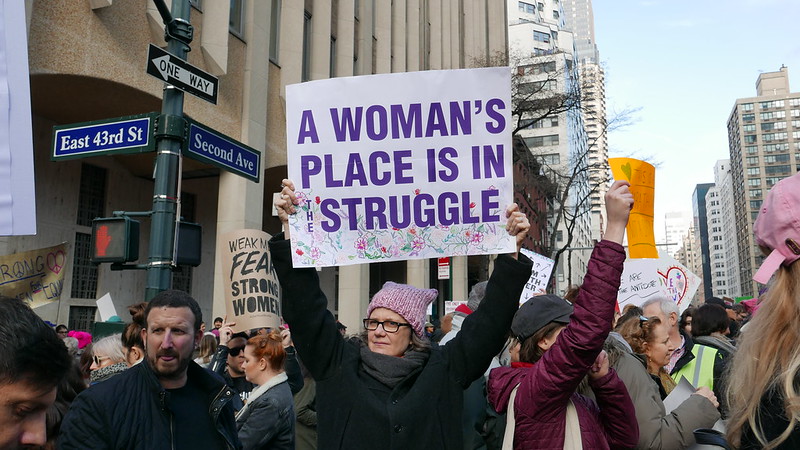 Rand and I talked about going to the Women’s March in D.C. – we rolled the idea around in our heads, but realized that we’d already be in New York that weekend, and attending the march there seemed like enough. He and I were both fighting colds, and I told him that we could skip it if he didn’t feel up to it, but he told me that he wanted to go. So we walked from our hotel near Bryant Park to Midtown east, and with every block the crowds grew thicker and thicker. 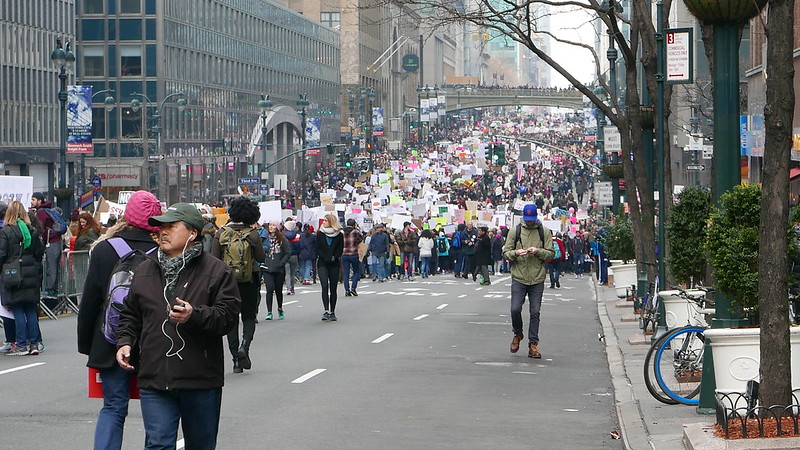 My opinion about this election cycle hasn’t been a secret – I tried to prepare myself for the worst, but a week into Trump’s regime it’s clear that I couldn’t even fathom the worst. Yesterday morning brought a ban on admitting Muslim refugees, punitive measures for sanctuary cities, and a demand that all EPA reports go through presidential approval (aka censorship) before being released to the public. Today our relationship with Mexico collapsed, and the entire senior staff of the State Department resigned. Women’s rights, public schools, LGBTQIA, BLM, and voting rights are all under attack. A wall is to be erected between Mexico and the United States. Oh, and Mary Tyler Moore died. (That last one can’t be blamed on the President, I don’t think. BUT STILL.) 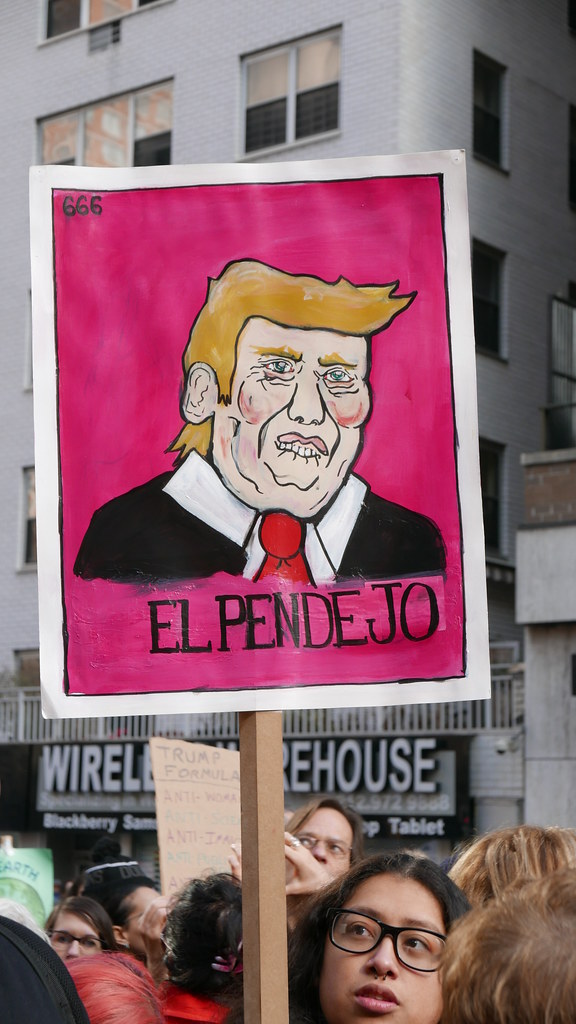 Everything is bad right now.

But on Saturday, I felt a little better. More than I had since November 8th. It wasn’t that I necessarily thought that things would change in a concrete, tangible way, or that the current regime would look at the crowds and say, “Huh, it appears that everyone hates us. Perhaps we should endeavor to be less evil.” Instead, it was that I felt less alone. The Women’s March reminded me that there are millions upon millions of people who share my views. That the planet is full of humans who love those who are different from them, who believe that a woman’s body is hers and hers alone, who feel that our trans brothers and sisters are deserving of respect, that black lives do matter, and that everyone should have affordable (hell, even free!) healthcare. 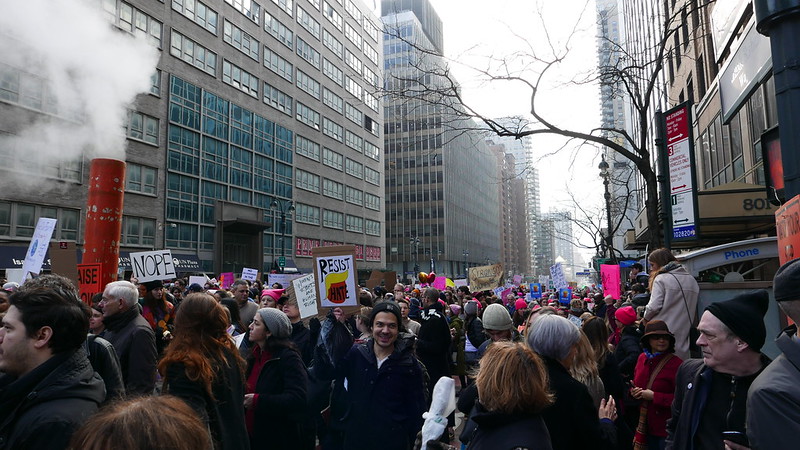 The sun even emerged for a whisper of time. We listened to the music and the chants and conversations of like-minded souls. We marveled at the seas of people – crowding the streets block after block. 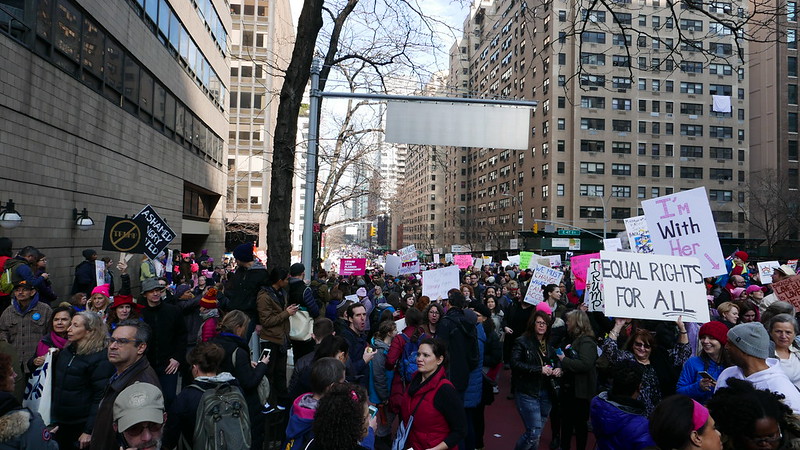 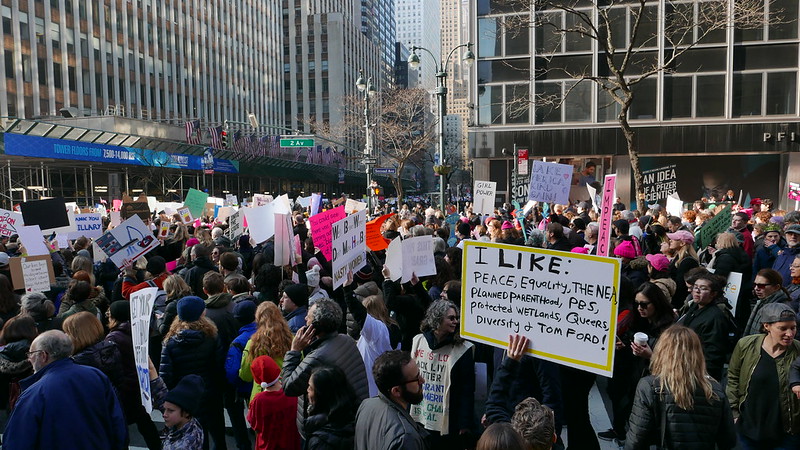 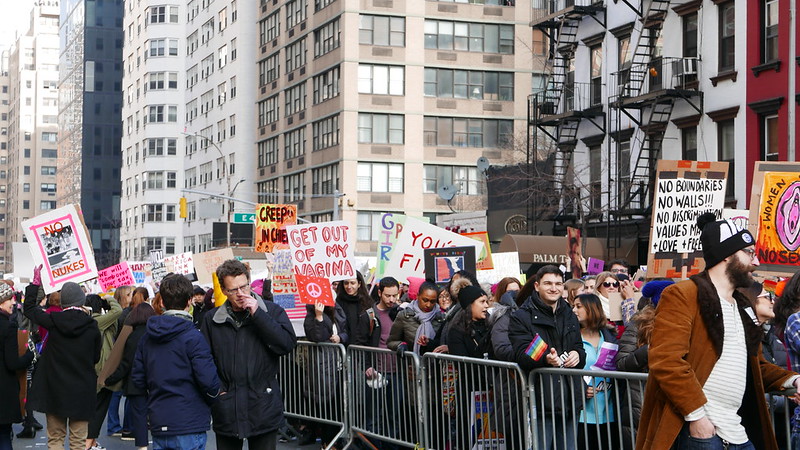 And for a little while, I felt hopeful. 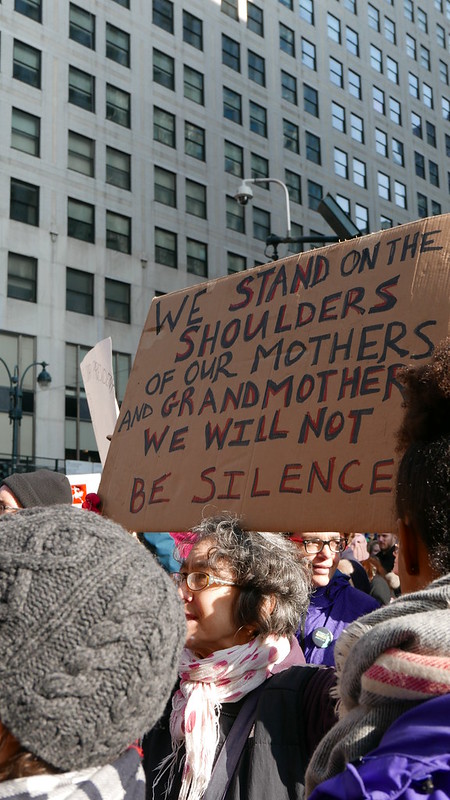 If you follow me on Twitter, you’ll notice that I went from tweeting about my life and my travels to tweeting more and more about politics, and my feed now is mostly a snarky rant-filled string of tweets that all portend our doom (oh, and sometimes cat gifs). 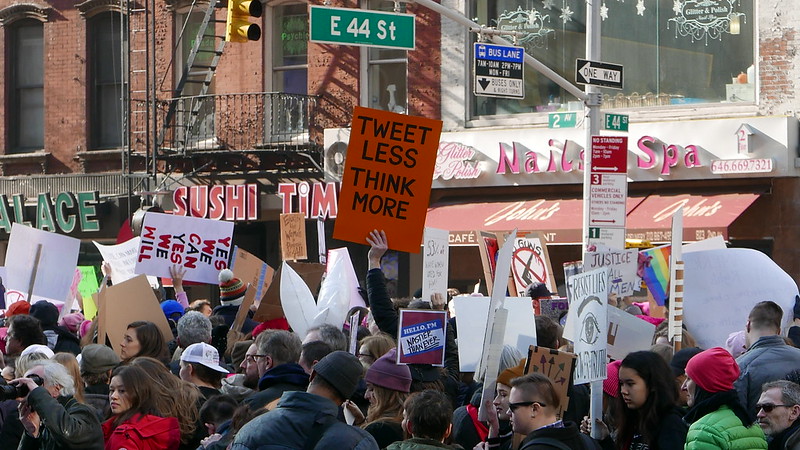 Honestly, I should take this advice myself.

It’s hard to keep perspective. It’s hard to maintain hope. And it’s strange, in the wake of all of this, to have a personally fulfilling project coming to fruition. I’ve wanted to publish a book since I was a kid, and here I was in New York City, meeting with my agent and editor and publisher. Talking about blurbs for the book. I have never been more personally excited about my career. And I’ve never been more concerned about the future of American Democracy. 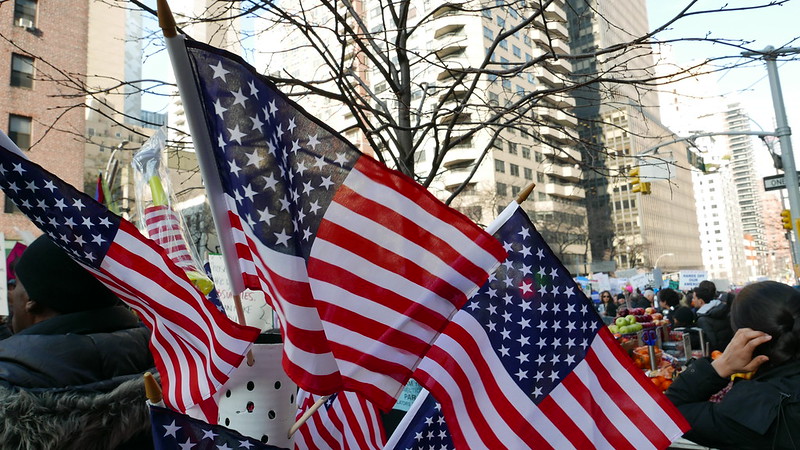 One clearly overshadows the other. Whenever I start wallowing in the hopelessness of it all, friends are quick to note that “things are going so well” for me, and that I “have so much to look forward to.” I try to keep that in mind. I try to hold space in my heart for all of these feelings – sadness, despondency, helplessness, resolve, anger, defiance, hope. At the March, I saw all of those emotions reflected back at me. 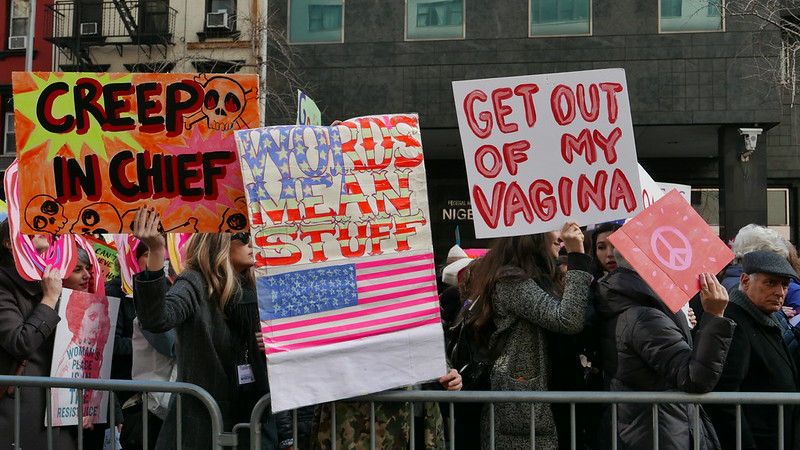 These little girls all wore hats that read “THE FUTURE IS FEMALE” and started screaming with delight when one of their parents said they could get a treat at a coffee shop. 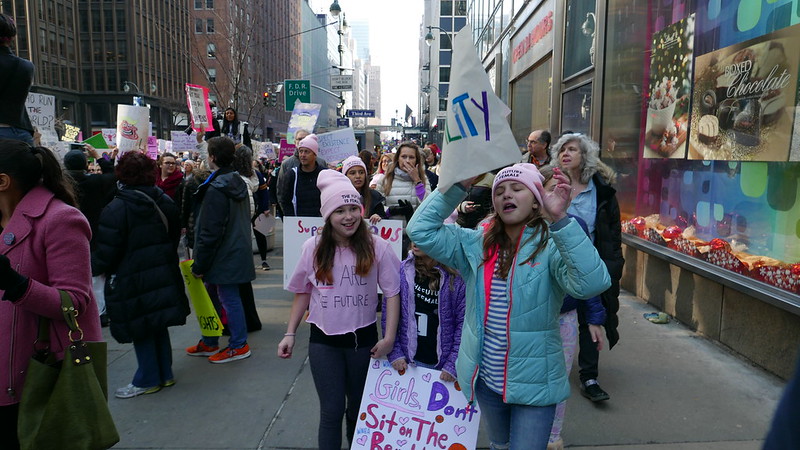 These “I’m With Her” signs were everywhere. A reminder of what we’ve lost, how much we stand to lose, and that ultimately we are not alone in our grief and fear. 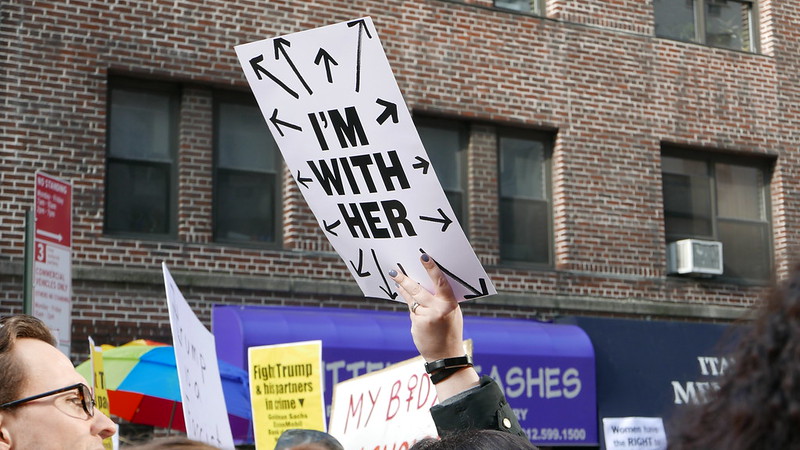 I even had occasion to laugh. 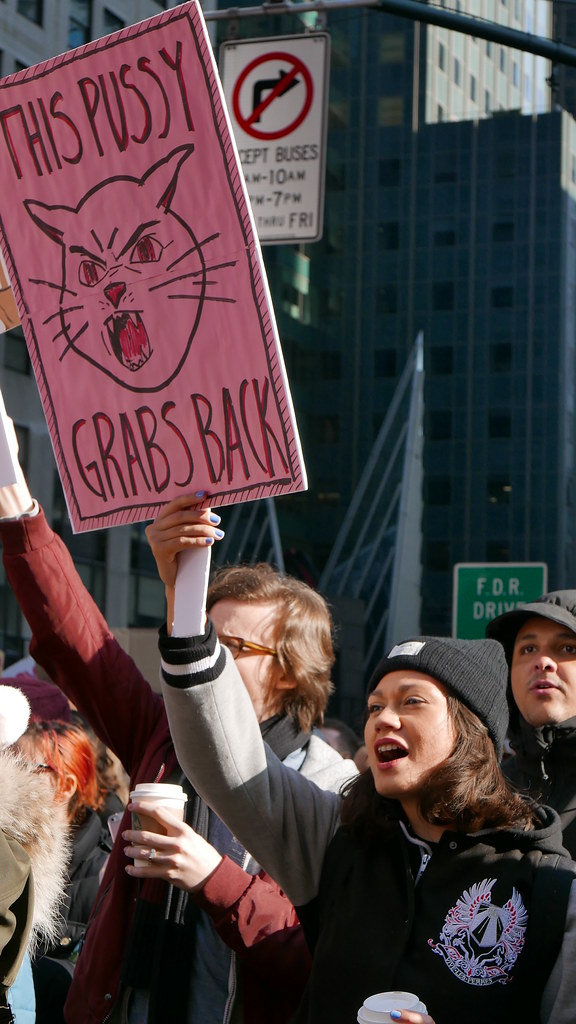 We didn’t stay for long. We just wandered through the crowds, took some photos, cheered and smiled and laughed with people, many of whom had far more cause to be scared than I do thanks to my safe, white, cis-gendered, heterosexual body. I promised myself I’d focus. I wouldn’t wallow in my rage. I’d think about what I could do to make things better in these next four years and beyond. 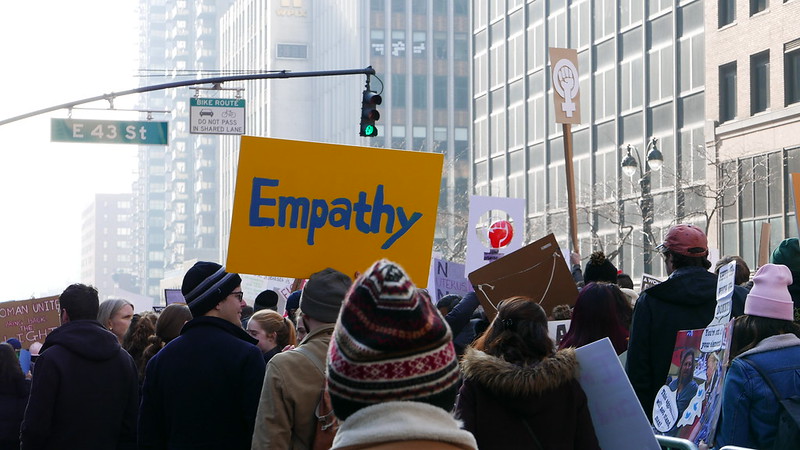 We walked back towards Bryant Park; we had a train to catch. Leaving the crowds behind, I didn’t feel as alone or scared or worried as I had been. For a little while, I felt that glimmer of a feeling so familiar to me eight years ago – I felt hope. It wasn’t much, but it was nice to know that after all that’s happened, it wasn’t gone for good.