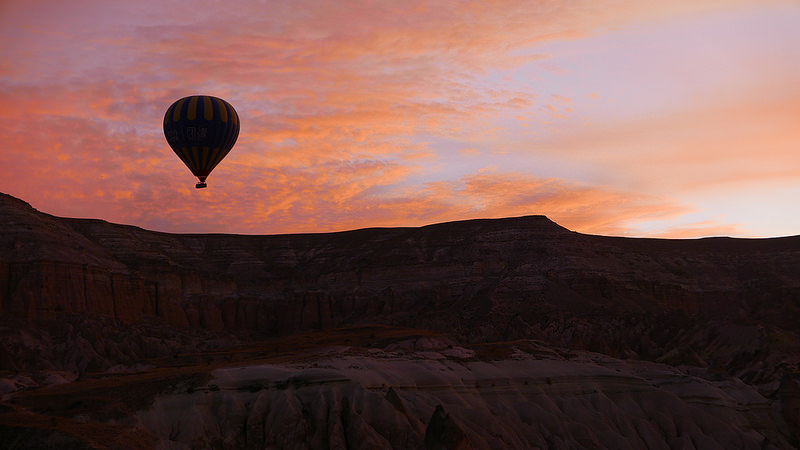 So, I’m not done telling you about the hot air balloon rides in Cappadocia. I hope that’s okay. 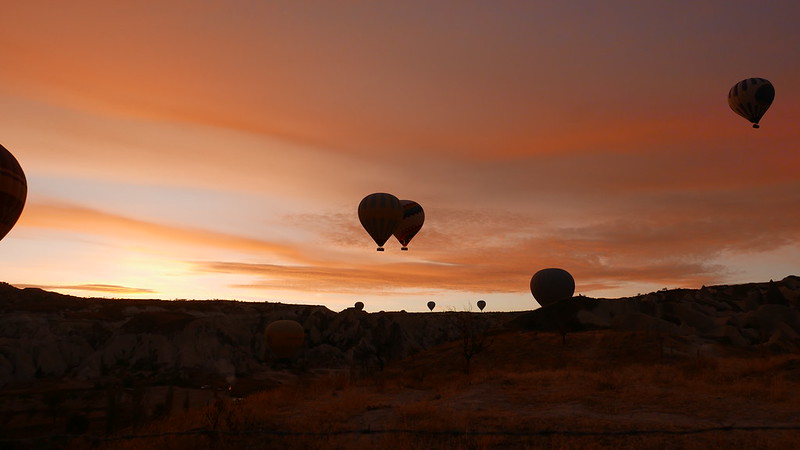 The thing is, even after we took our ride, both Rand and I kept thinking about it, and not long after he said to me, “Hey, what do you think about getting up early and watching all of the balloons take off?”

There’s this weird thing that happens with Rand ALL THE DAMN TIME when we travel, where I have to decide whether I’m going to stay comfy and warm in my hotel under a pile of covers, or whether I’m going to go out and have an experience that may or may not be unforgettable. I should note that all of these unforgettable experiences seem to be scheduled for the crack of dawn. And Rand, who will scarcely get up before 9:30am on a normal day, will bounce out of our hotel room at 5am while I’m rethinking my marriage vows.

(I kid. I like him. But I may not have been so eager to spend my entire life with him if he’d been a morning person.) 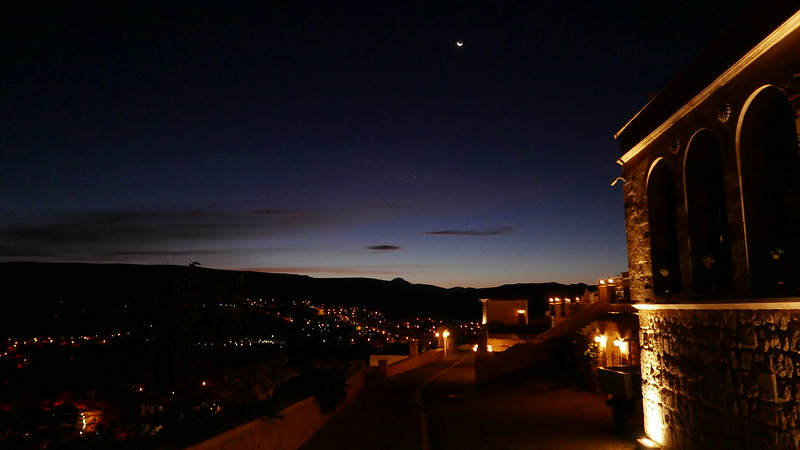 Our hotel arranged for a taxi to pick us up the following morning. Our driver was a lovely chain-smoking man in his 50s who did a terrible job of hiding the fact that he thought we were insane. He drove us to the launch site and sat in his warm car, gently shaking his head while we hopped out to stand in the cold. But by the end even he had stepped out to take photos alongside us.

That morning was clearer than it had been on the day that we went up. We watched the balloons fill – the loud rush of the heaters echoing again across the hills – and saw them slowly turn upright. 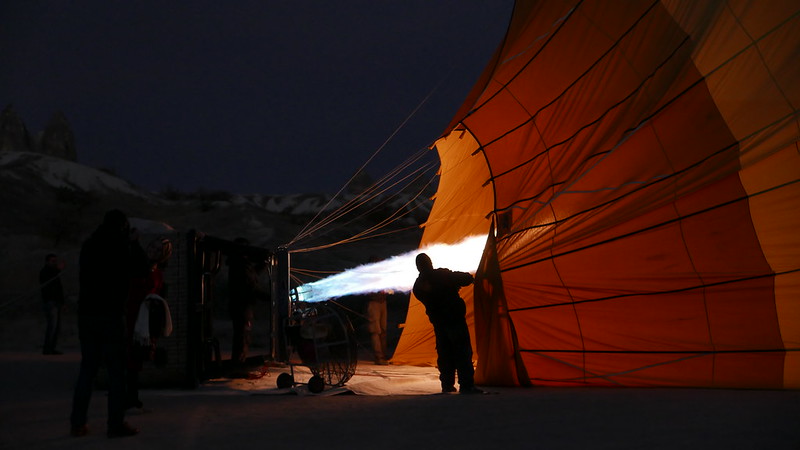 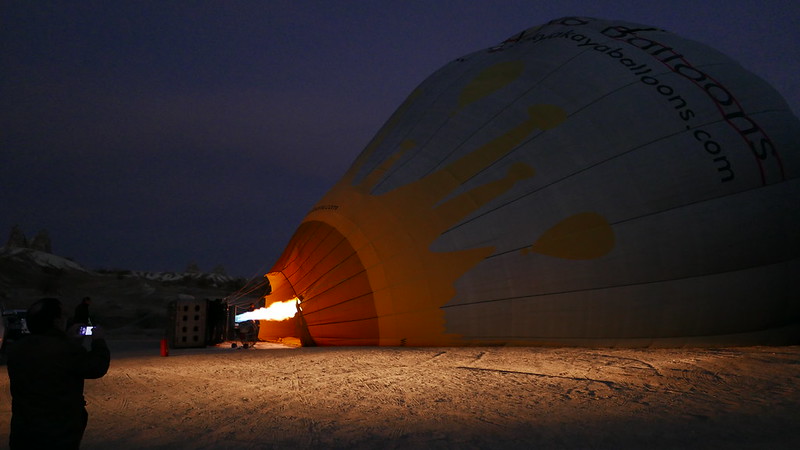 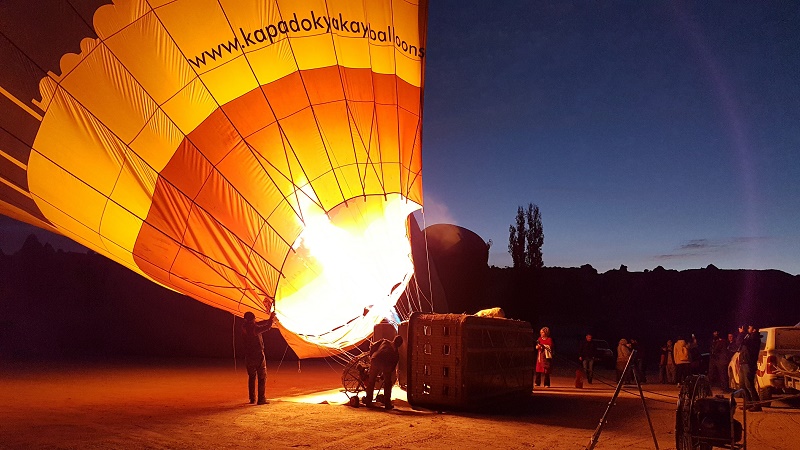 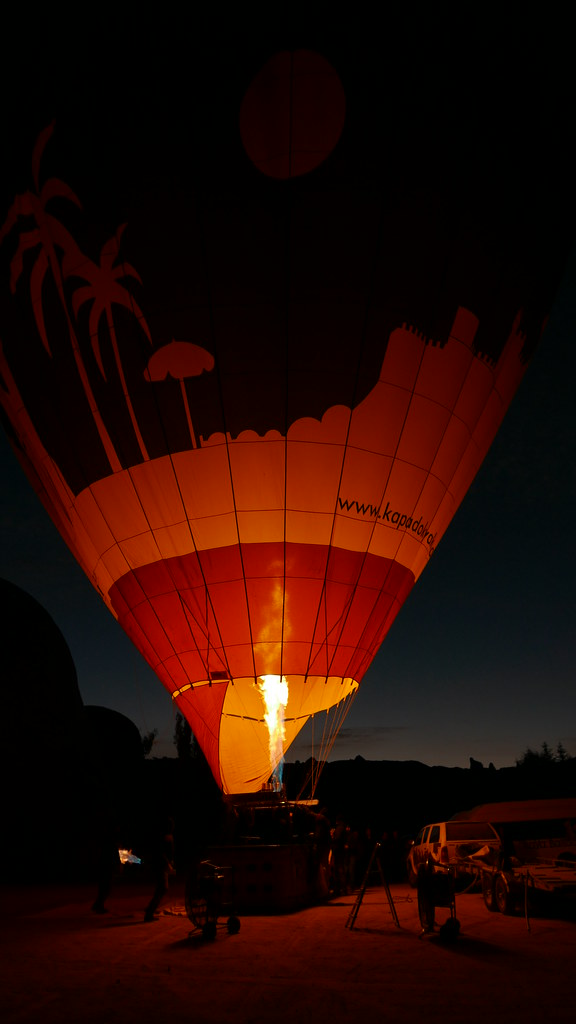 They sat there for a moment, looming, dark and silent. 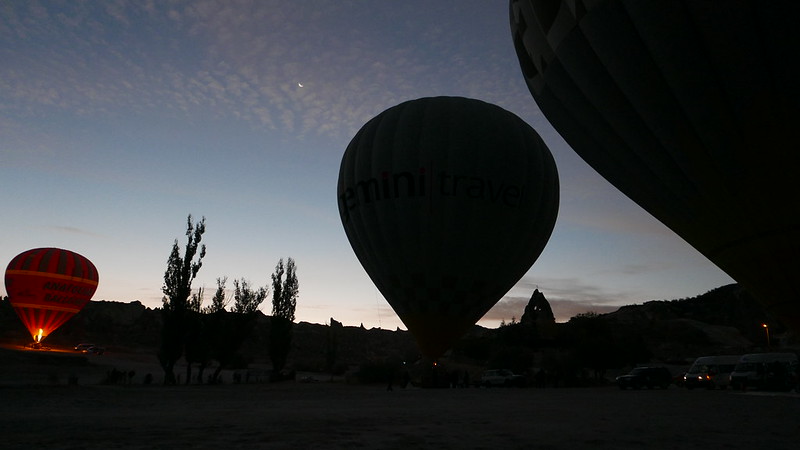 Until the heaters ran again, making them glow. 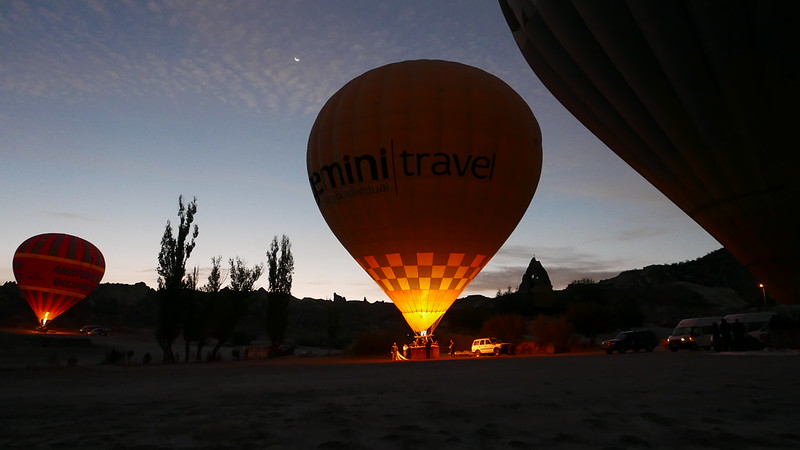 And then, the sky still dark, we watched them float into the sky. 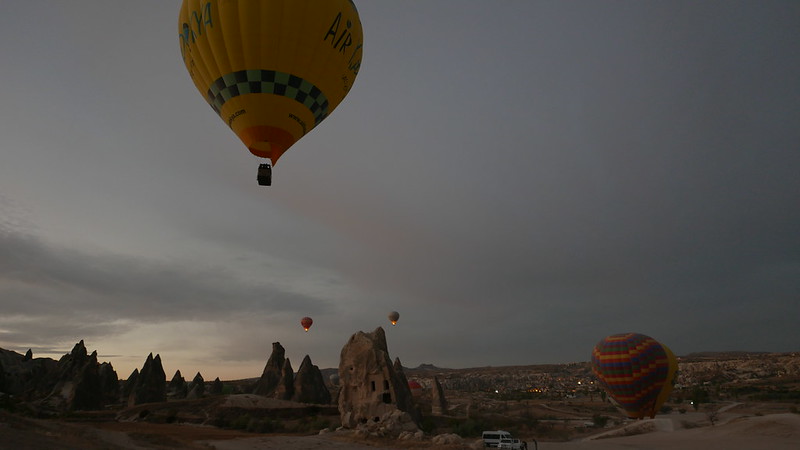 Our driver took us to a ridge that overlooked the launch site, and we saw the balloons rise from the valley below us. Sometimes they would seem to race each other. During our flight our pilot had explained to us that the balloons touching was not concerning – it was when the baskets bumped into one another than problems arose. Fortunately, that’s rare. 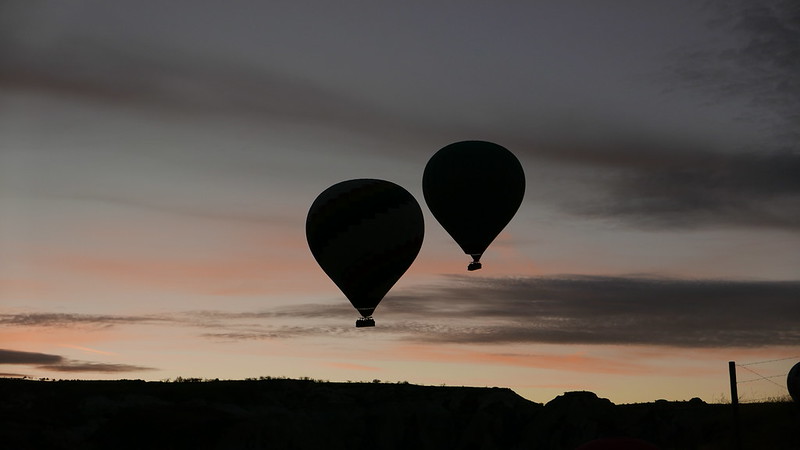 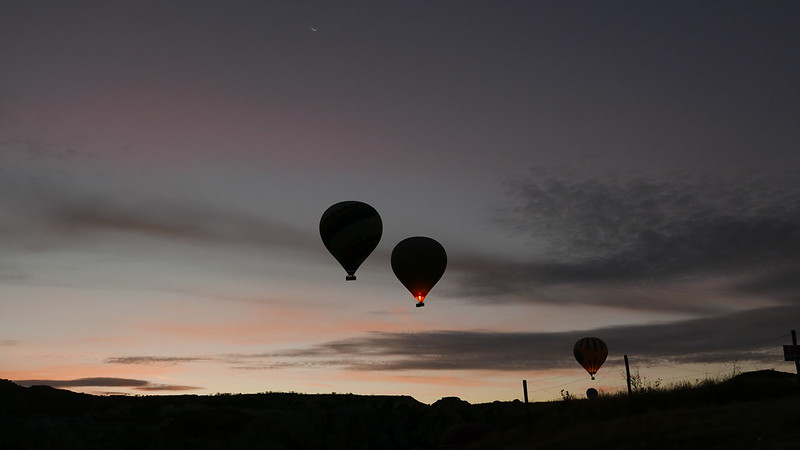 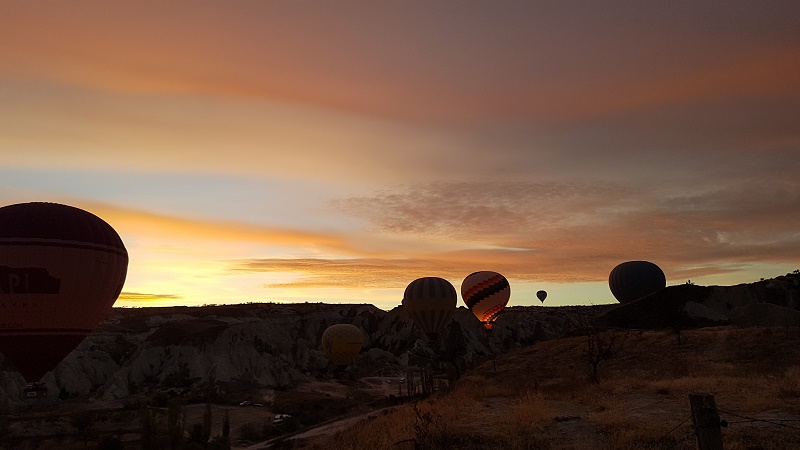 Our balloon ride had been miraculous, but the sky on this morning blew it out of the sky. 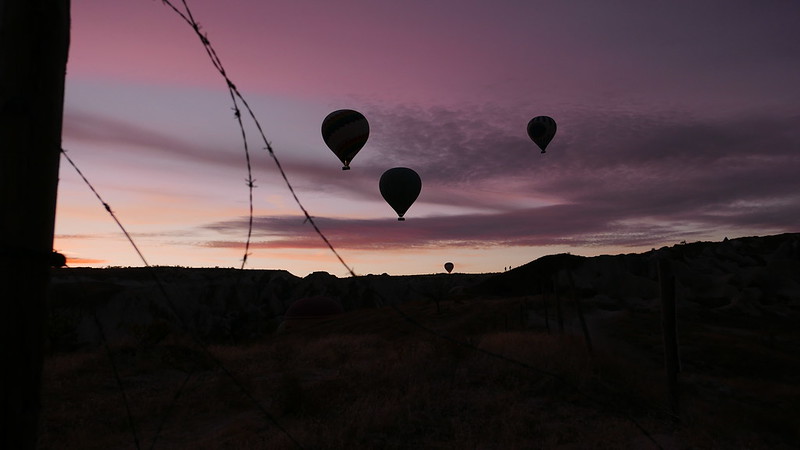 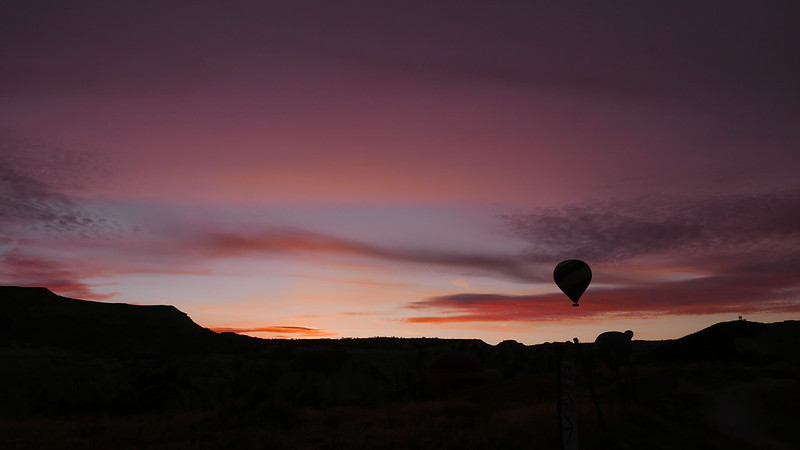 The sun began to rise, and with it, more balloons. 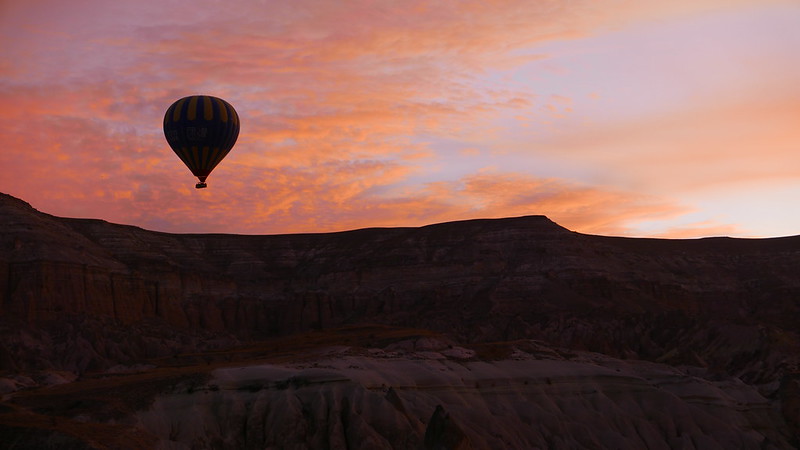 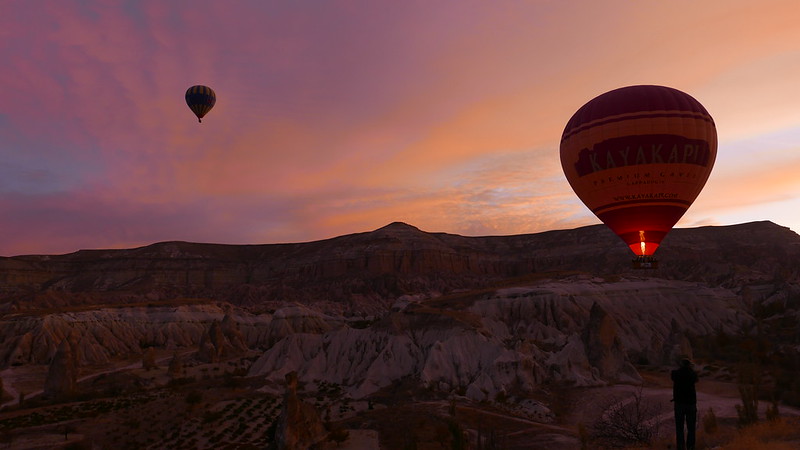 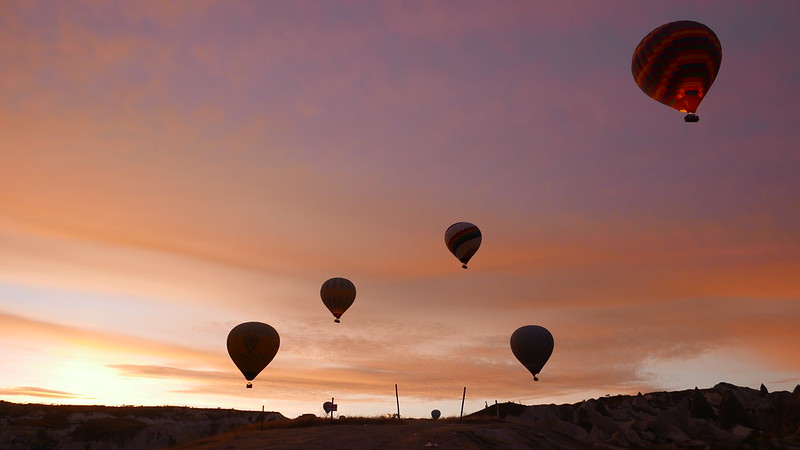 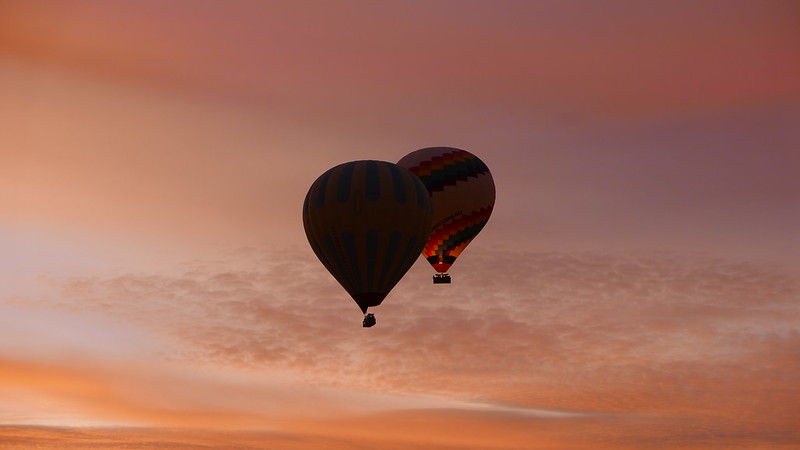 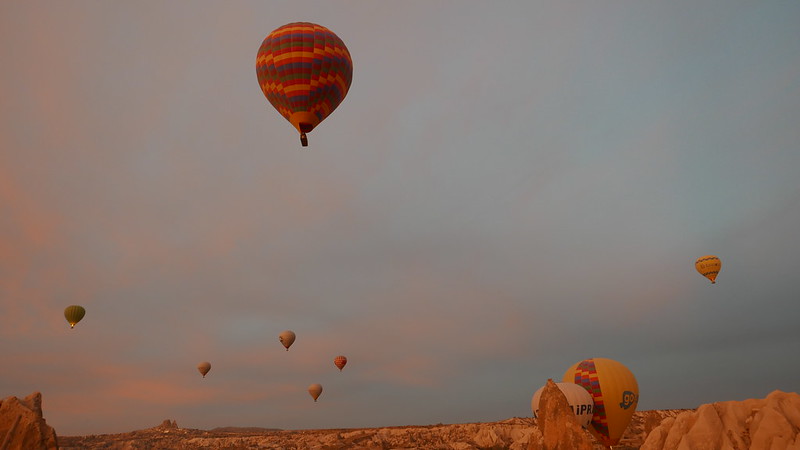 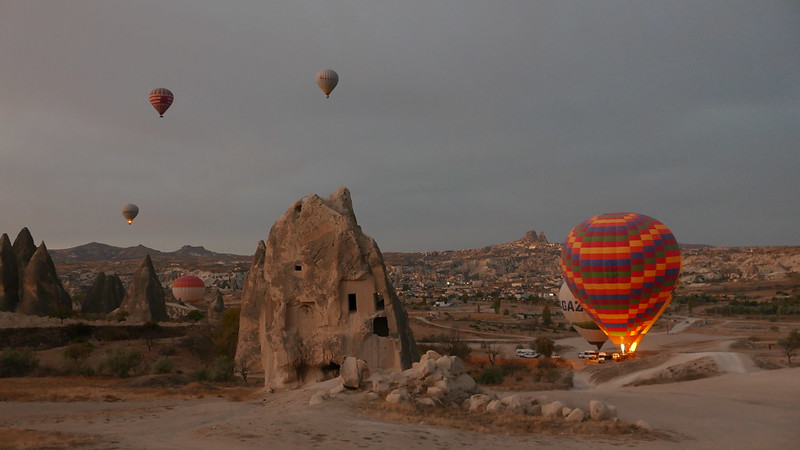 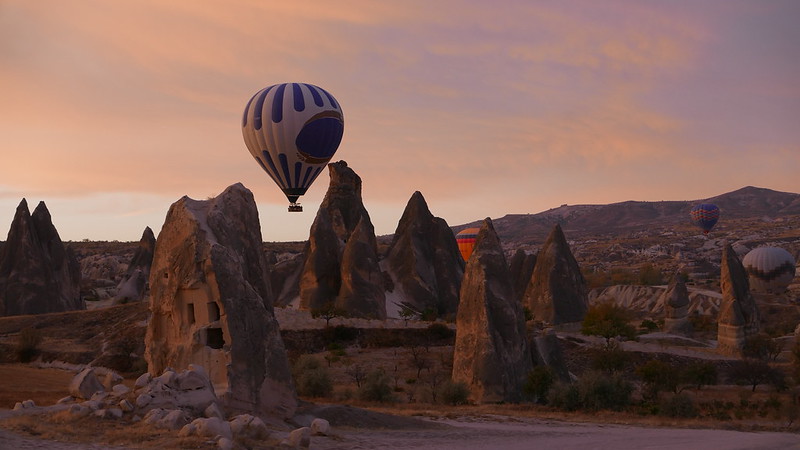 And once again, as it had been on the day we took our flight, the sky was soon filled with them. 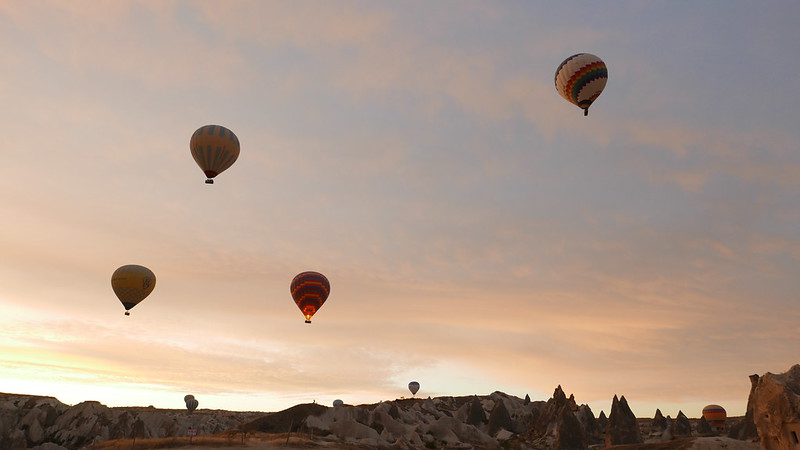 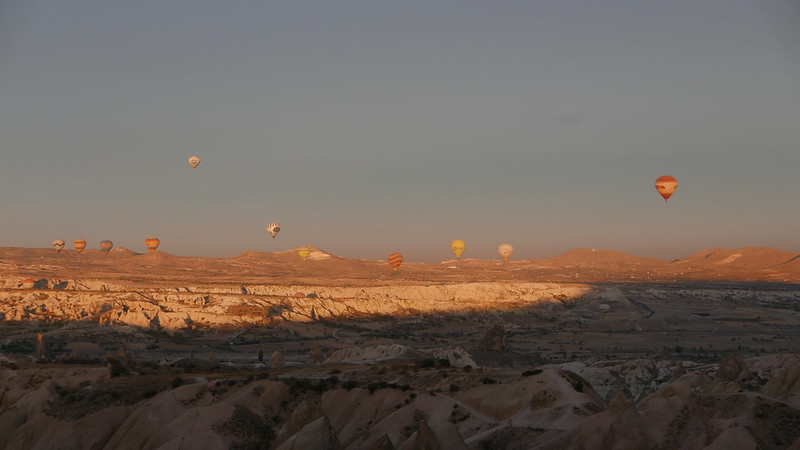 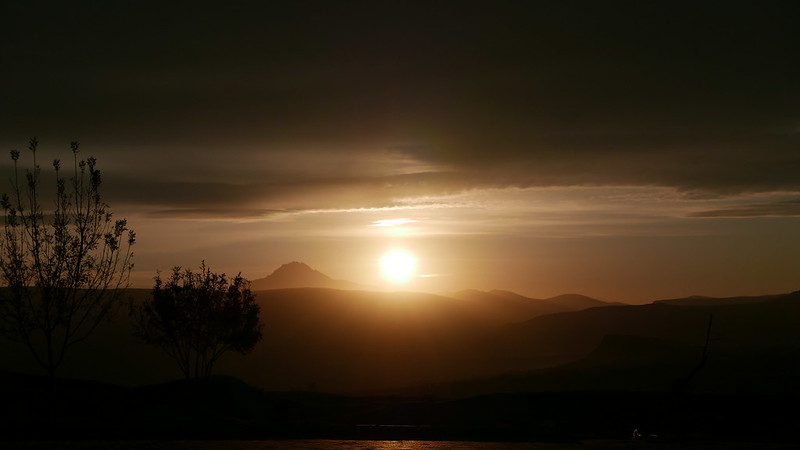 In a blink the sun was up, in a blink it was daytime. Slowly, Cappadocia began to wake. We were a six-hour drive from the Syrian border. If someone had left by car – if it were possible to leave – they could have reached us by lunchtime. But the only thing stopping us from seeing the sunrise was that we had to pull ourselves from our beautiful hotel bed. That was it. We got up, we watched the sunrise, we took photos. Later we’d wander through towns and eat lamb and we’d go home. Easily. Safely. 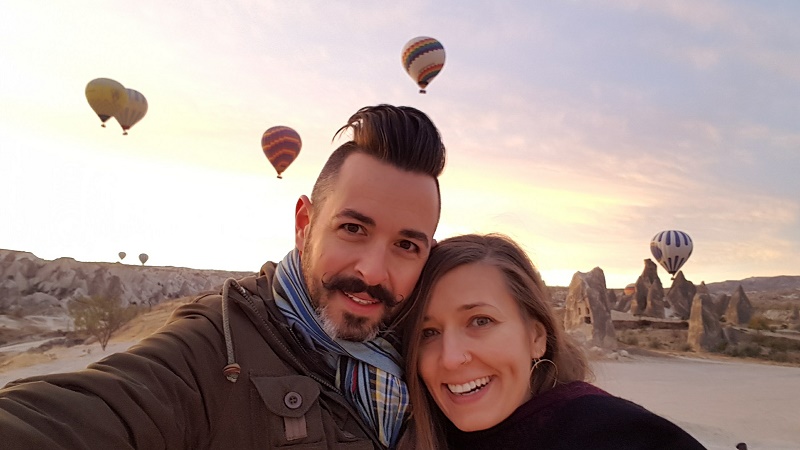 We climbed into the cab. The driver had the heater running for us, and the inside smelled faintly of stale cigarette smoke. I tucked my hands into my armpits, trying to warm them up.

“So,” Rand asked me as we headed back to our hotel, “was it worth it?”

“Always,” I told him. In my world, when this is the biggest decision I am faced with, stepping out into the darkest with him is always worth it.