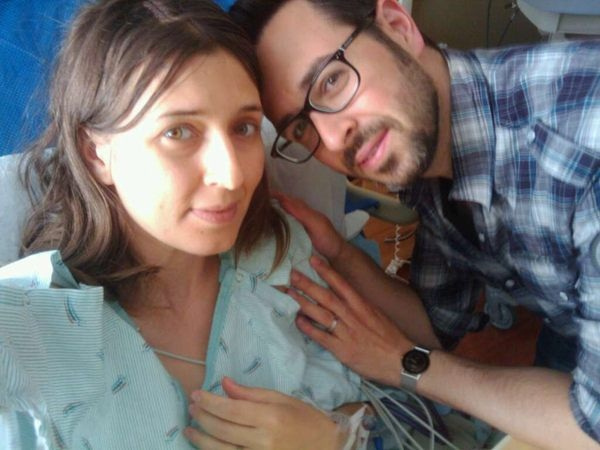 It’s been four long years since my brain surgery, and I’m now so removed from the experience and most of its consequences that I almost need to remind myself that it happened. In the weeks before, when the tumor on my hypothalamus was an unknown variable, my friend Mindy said to me, “Hopefully, one day this will all be just a really weird story you tell people.”

For a long time, that seemed like an impossibility – it felt like my brain surgery was a defining moment in my life, if not the defining moment. It felt giant and inescapable, consuming huge parts of my personality.

“I’m Geraldine. I had brain surgery.”

It felt like there was no other story for me to tell. 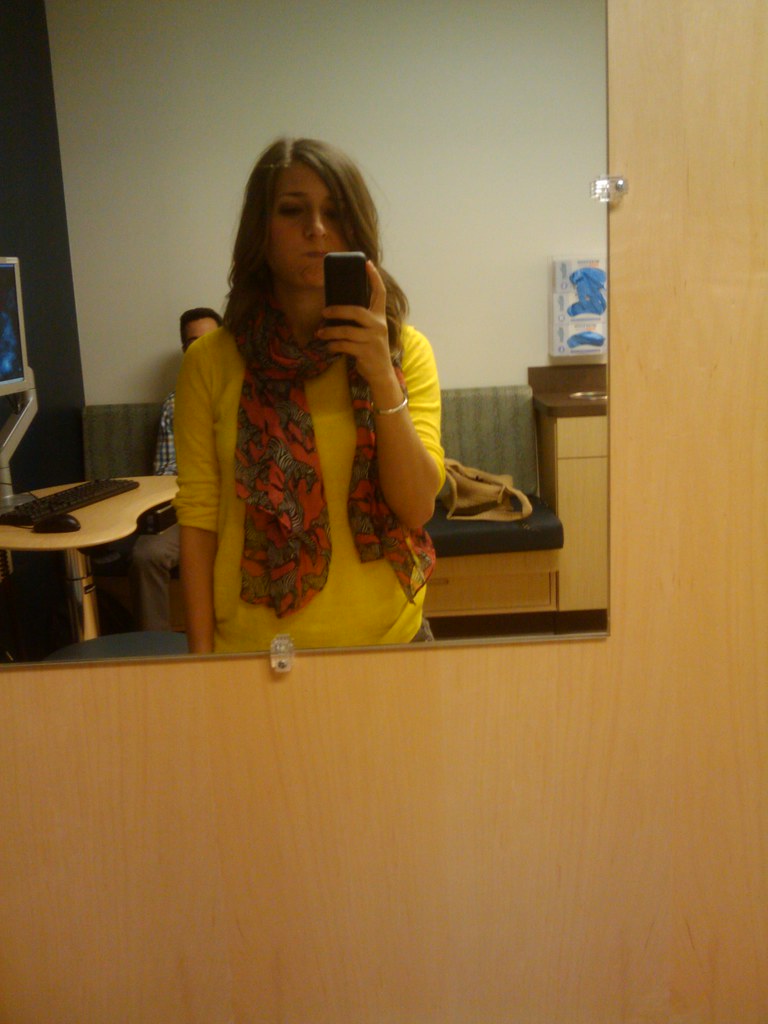 Self-portrait in my neurosurgeon’s office.

For a long time, I just wanted to feel like myself again – a struggle that took on a life of its own. I was so consumed to getting back to “normal” that I was anything but (it did not help that every time I saw someone who I’d last seen before my surgery my first question was, “I’m the same, right? I haven’t changed?”). I was so eager to get back to doing the things that made me me – like ineptly writing and ineptly working out and competently baking and consuming elaborate sweets – that I offered myself no room for recovery, no room for empathy, no room for error.

Three months after my surgery, I messed up a pie. I’d overfilled it, and it leaked onto the bottom of the oven, where it instantly burned. My kitchen filled with smoke. I panicked – not simply because I’d wasted time and money and perfectly good pastry, but because I’d placed so much of my self-worth into that dessert. I’d regarded it as a sign that everything was back to normal – look, I’m even making pies again! And then I screwed it up.

I stood in my kitchen, crying and yelling at Rand. The intensity of my outburst was understandably confusing for him. I remember his voice as he tried to comfort me, the worry hiding behind the calmness of it. I remember shouting, “NO, EVERYTHING IS NOT FINE.”

The screaming is never really just about the pie.

Before my surgery, I was frustrated by the lack of information I found about what it was actually like to have a brain tumor removed. The Mayo Clinic had a couple of articles, as did a few other health-related sites, but none of them were written by people who’d actually experienced it themselves. That’s why I’ve written so extensively about my brain surgery on this site – I figured I could help put my experience out there for others. I didn’t anticipate that the comments section of those posts would become a sort of forum for people experiencing the same thing.

I’m glad there’s a community of people comforting one another, but I don’t spend a lot of time there myself. It’s still too hard, four years out. Every now and then, someone will leave a spate of comments filled with worried, hyper-specific questions. I get angry at myself for not having answers. I get angry at them for reminding me of how I felt during that time. It’s not fair, but there it is. 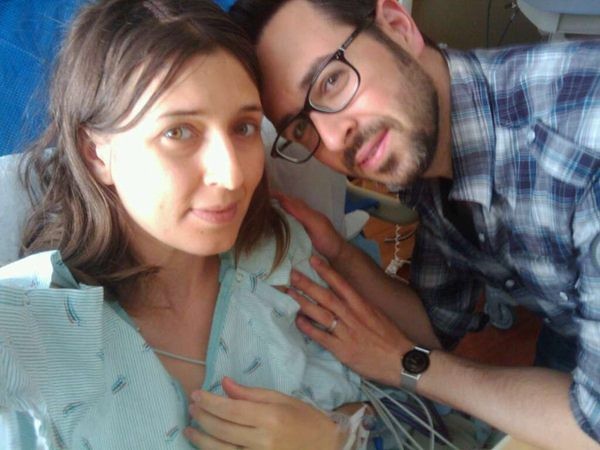 Rand and I in my hospital room, after I woke up from surgery.

Occasionally, I get emails from people who’ve found my blog, or from a friend of a friend who’s about to go through the same thing. They’re worried. I find myself at a loss for what to say. I can’t tell them about their brain surgery. I can only tell them about my own. I type out the words, “Everything will be fine.” I remember when my mother said that to me before my surgery. I want them to believe me. I wanted to believe my mother.

I had that question, too. (See Pie, screaming about.)

And the answer is: I don’t know. Every case is so specific. I’ve had friends who were home and walking about the day after their brain surgeries – whereas I was still in the hospital and barely aware of what was going on. I slept for most of the first week. I had zero attention span. The first time I managed to pay some bills after my surgery (an undertaking which was both physically and mentally exhausting), Rand was so proud he cried.

We went out with friends 12 days after my surgery and I could barely string two sentences together. We left for a trip not long afterward and by the time I’d finished packing my suitcase, I’d forgotten what was inside. I felt foggy for weeks and weeks. My headaches got way worse before they got better. I had no energy. I couldn’t write. I was a raging monster because of the steroids. EVERYTHING SUCKED. It was two months before I’d started to feel like myself again. Note: not two months before I was back to “normal,” but two months before I could even entertain the thought that I might one day be a functional human again. 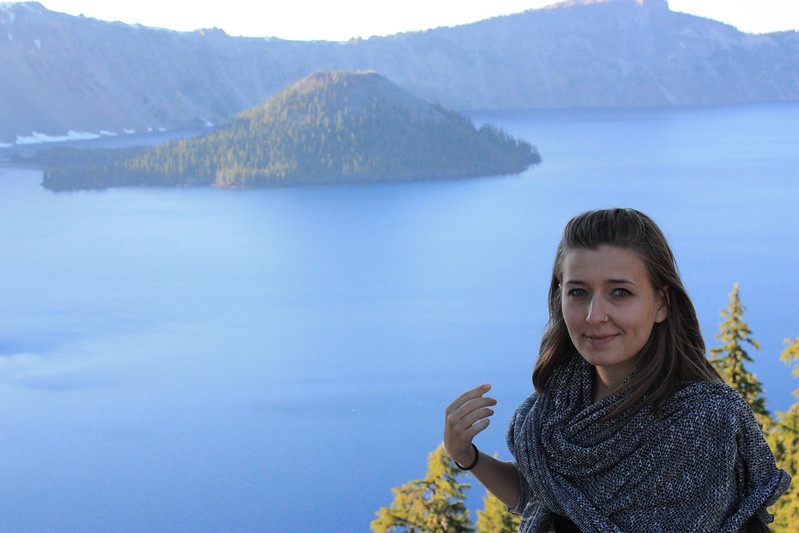 Our first trip after my brain surgery. My face was still round from steroids and I am, as you can probably tell, exhausted.

It was another year before I’d successfully baked another pie.

A lot of people write to me because they’re worried about their hair. And then they immediately start to apologize because they think it’s so ridiculous that they’re worrying about their hair after everything that’s happened. I tell them not to feel bad about it. Because the thing about brain surgery is that the hair is the first thing people see. It’s a tangible, incredibly visible indication that something big happened. In that haircut is the evidence that we are not back to normal. It’s not just about the hair – it’s about being sick and having tumors and having brain surgery and being scared and wondering if we’ll die and wondering what will happen to our families and wondering if we won’t be ourselves anymore.

It’s never just about the hair.

I gave myself a year – an arbitrary date by which I told myself that things would be back to normal. Doing so helped me maintain my sanity on those days when I forgot basic words and the names of friends I’d known for years. But a problem occurred when I reached that date, and things still weren’t back to normal. That’s when I realized: they might never be. I cried a lot during those months. I cried when I learned of the death of a friend to brain cancer. I cried when I learned that my neurosurgeon had died of another type of cancer. I cried because I felt guilty for being sad. Relatively speaking I was fine, and yet I wasn’t.

The thing about brain surgery is that, for many of us, we’re so focused on getting back to normal that we forget to grieve. I told Rand, months after the fact that “I wish I hadn’t needed brain surgery.”

And he stared at me for a beat before saying, “Well, of course.”

It was such a simple, normal way to feel, but I’d not given it any credence. Long after my surgery, I started to. I accepted that even though the outcome was ultimately as positive as I could have hoped for, the experience still sucked. And after that, things slowly got better. I can’t say if I just start to accept that things were different now, or if I actually did return to some semblance of normality. I think it was a combination of both.

I’m not the same person I was before my surgery – there is a dent in my skull and a cadre of experiences that suggest I never will be. But the people who know me see me uninterrupted – there is no line of demarcation between old Geraldine and new. There are days when I don’t think about my surgery at all. Sometimes I genuinely forget that it happened. Mindy was right – it’s now just a weird story, and one I tell far less often than I ever imagined. 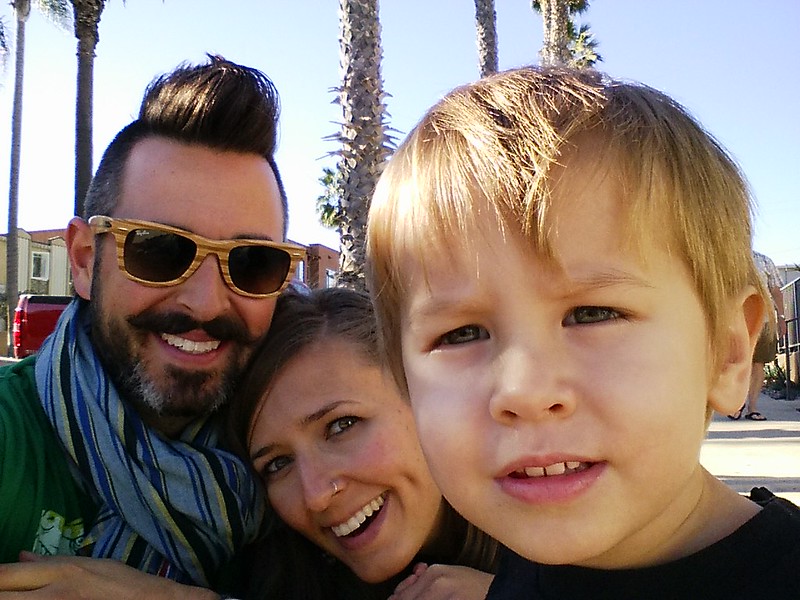 My nephew was born right after all this happened. I suppose one day I’ll tell him about it. Or perhaps not.

And so when people ask me when things will get back to normal for them, I don’t really have an answer. But the thing is, one way or another, you’ll get there. You’ll either find way your way back, or you’ll accept that things have changed and that normal looks a little different now. You just need to give yourself time. Time to heal and grieve, time to grow out your hair and to screw up a couple of elaborate desserts.

Last week, I made a key lime meringue pie. 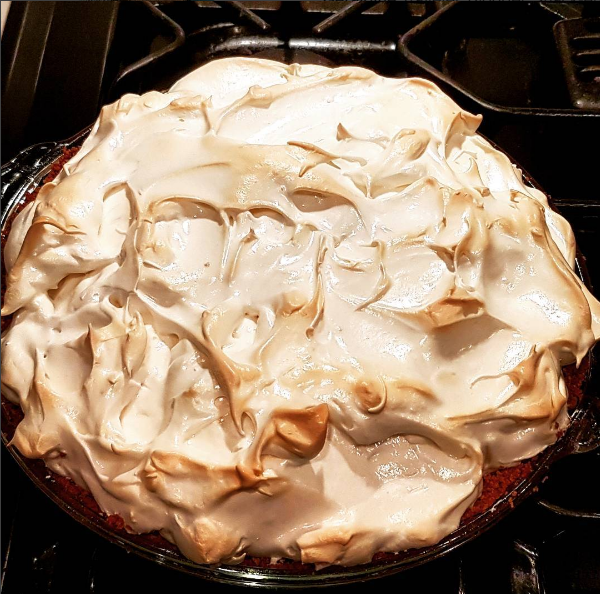 I brought it over to Mindy’s house. We, along with our beloveds, ate more of it than we probably should have, while we talked about all manner of things. My brain surgery never came up.