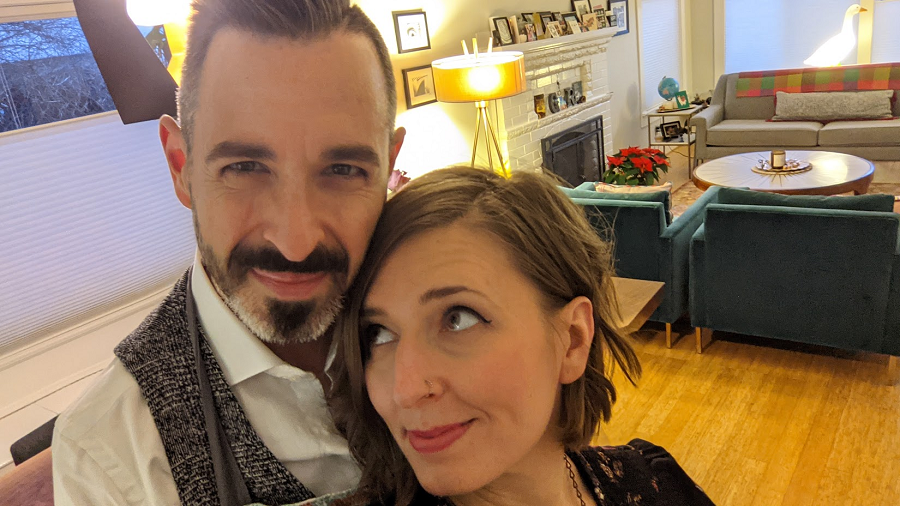 A funny and unexpected thing happened, once I was through being sad about missing the holidays with my family.

The admission comes with a hefty dose of guilt. But after the downheartedness started to wane, we sort of … had an lovely time?

I know, I know. Look, I sort of feel like a jerk typing it out. Everyone knows that as an adult, the holidays are about spending time with your family and feeling guilty. You aren’t supposed to have fun. You’re supposed to quietly navigate the minefield of familial drama that began decades before you were born.

Okay, fine. I’m being a little glib. Because there is a lot of fun stuff, like watching the younger generations open presents and hearing how school is going and sneaking sweets with them because they are the only ones who truly appreciate sugar the way I do. I even sort of wanted to hear my mom and her sister have the same screaming fights (“We’re not fighting, darling, we’re Italian, that’s just how we talk.” – my mom) they’ve been having since 1973. It sort of stabs at my heart hat I didn’t get to do that. Truly. (Shoves stale Christmas cookie into her mouth.) IT WAS AWFUL.

But also: it was not that awful? 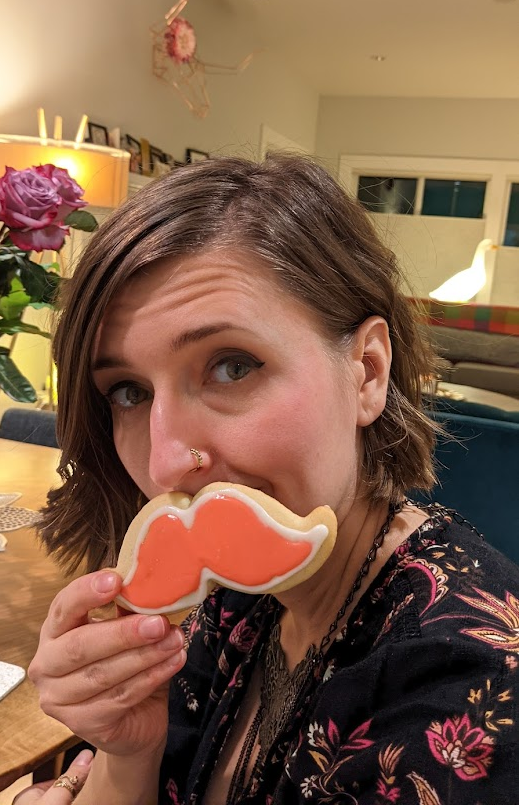 I’m only making mustache cookies from now on for Christmas.

These past two years have been all about missing out on so many things: birthdays and weddings and even funerals. The FOMO has been strong. Hell, it’s not even the fear of missing out. It’s the acceptance of it. That life has changed, and that there are things we just wouldn’t get to do. Your heart starts to scar over after a while. It barely hurts anymore. Or maybe it does, and you’re just too tired to feel it. But what I hadn’t experienced in a long time was JOMO – the joy of missing out. Of being able to appreciate sitting on the couch in my bathrobe, staring at the snow. That only comes from making a choice (logical though it was) to stay home.

It helps that there’s light at the end of the tunnel. This variant, while highly contagious, seems less devastating (crosses fingers, knocks on wood, throws salt over shoulder, draws cryptic shapes on the ground with charcoal). And after nearly two years, Walter Reed has announce they’ve developed a new vaccine that will be effective against all variants of Coronavirus. That makes it a lot easier to cancel plans. Or, as Rand noted, to reschedule them for a few months from now, when not so many people will be traveling, and we’ll know a lot more.

And so, we had a quiet Christmas. We decided to get dressed up, in a way that we can’t when we go see family, because California is often too warm, even in December, and it’s too much trouble to pack nice clothes, and besides: in the chaos of my family preparing a holiday meal, whatever we are wearing is sure to get spilled on. He made dinner, like he usually does, but this time he was wearing a tie. 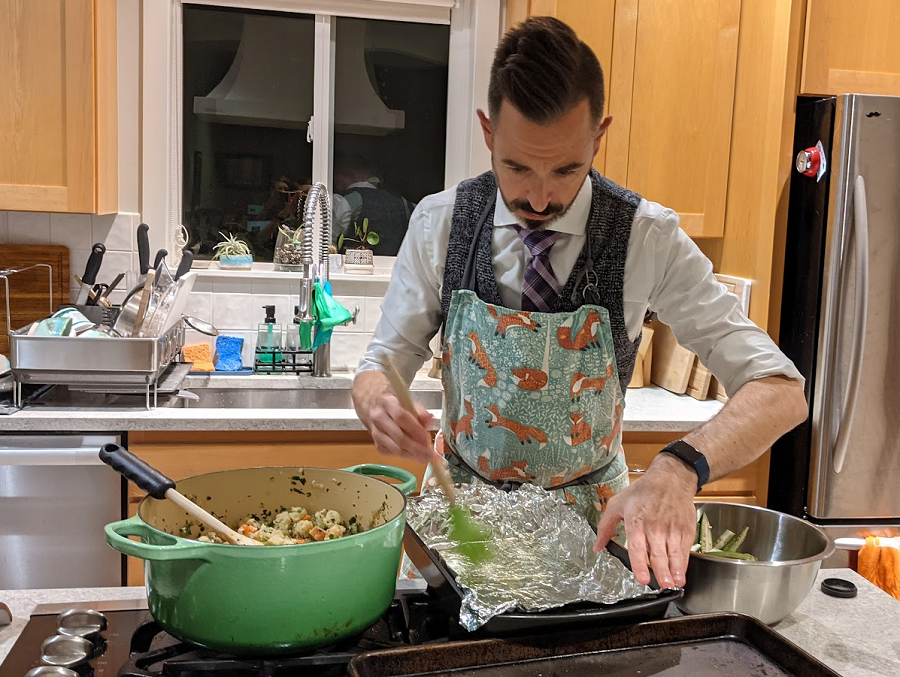 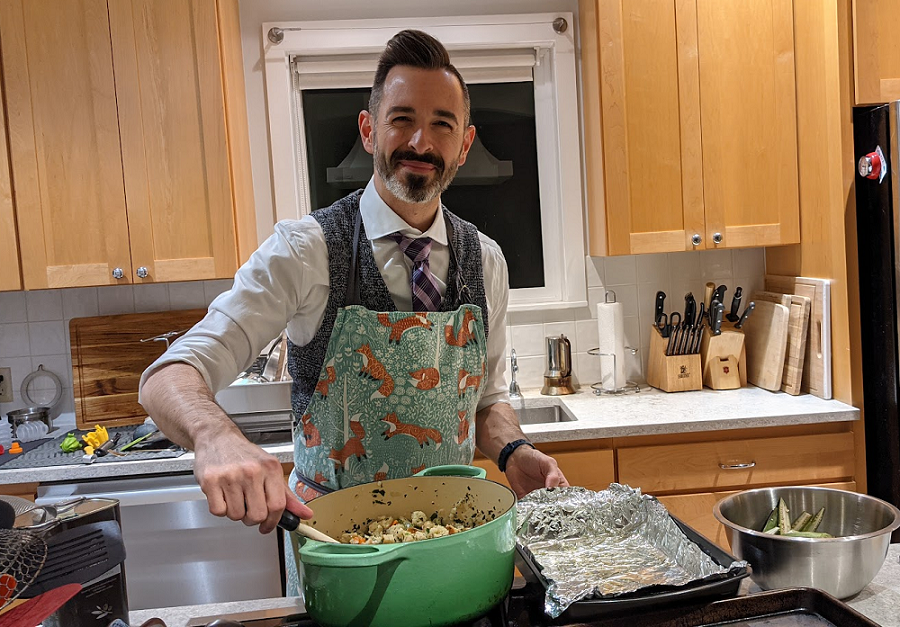 We danced around the kitchen while he cooked, and I played Christmas music for about two hours, which is roughly our annual maximum intake of Christmas music. I called my family, and sent them well wishes, and then Rand and I swabbed our noses and two of our friends did the same, and we sat down to dinner. At no point did anyone throw an entire pile of mismatched cutlery (some of which has been chewed raw by the garbage disposal) on the table in a huge heap, shouting, “THE TABLE’S SET.” The stuffing was not inexplicably sweet like that one time my mother threw the glaze that was supposed to go on the ham into it. No one cried. 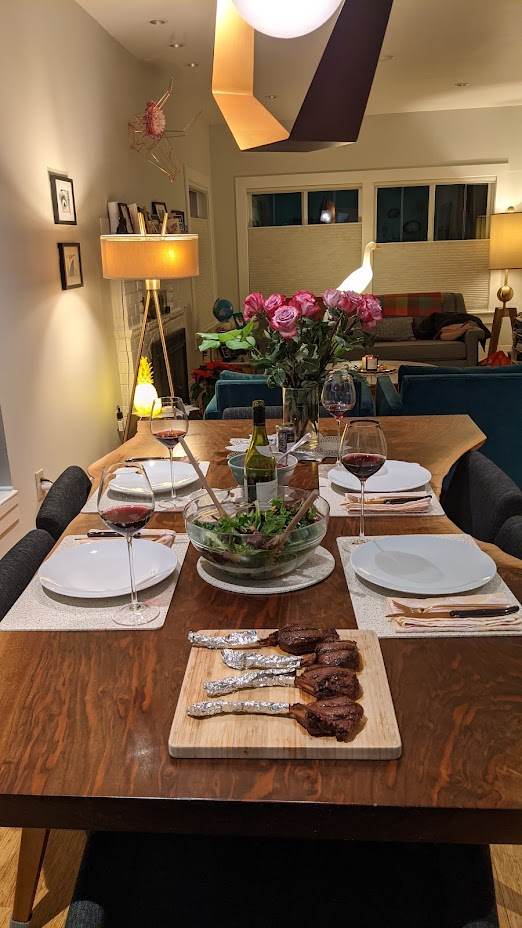 We ate dessert and watched a movie and changed into pjs. And nothing awful happened. 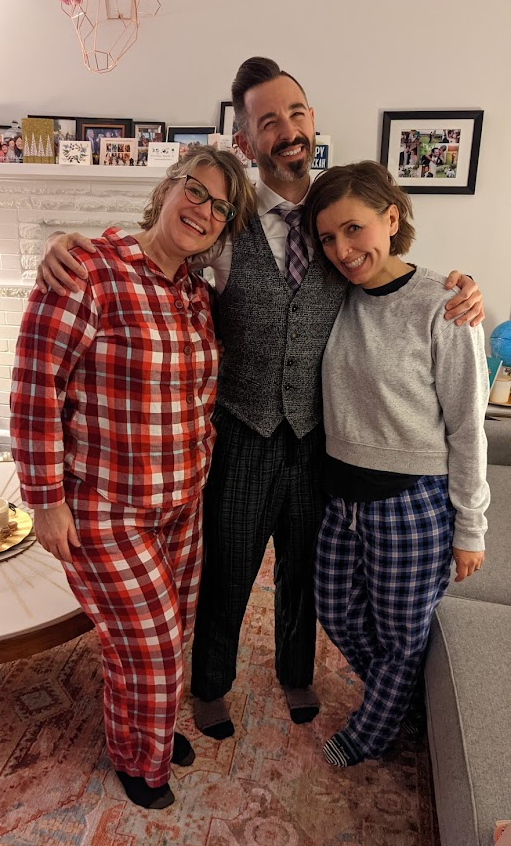 “I’m worried,” my cousin said, “that after the Christmas you’ve just had, you won’t want to come down and spend it with us.”

“No, no,” I said, twirling around my living room like a Disney princess. “We miss you all so much. We’ll be back down soon.”

But this year, stuck at home? Look, I’m just saying: there are worse things. There really are.