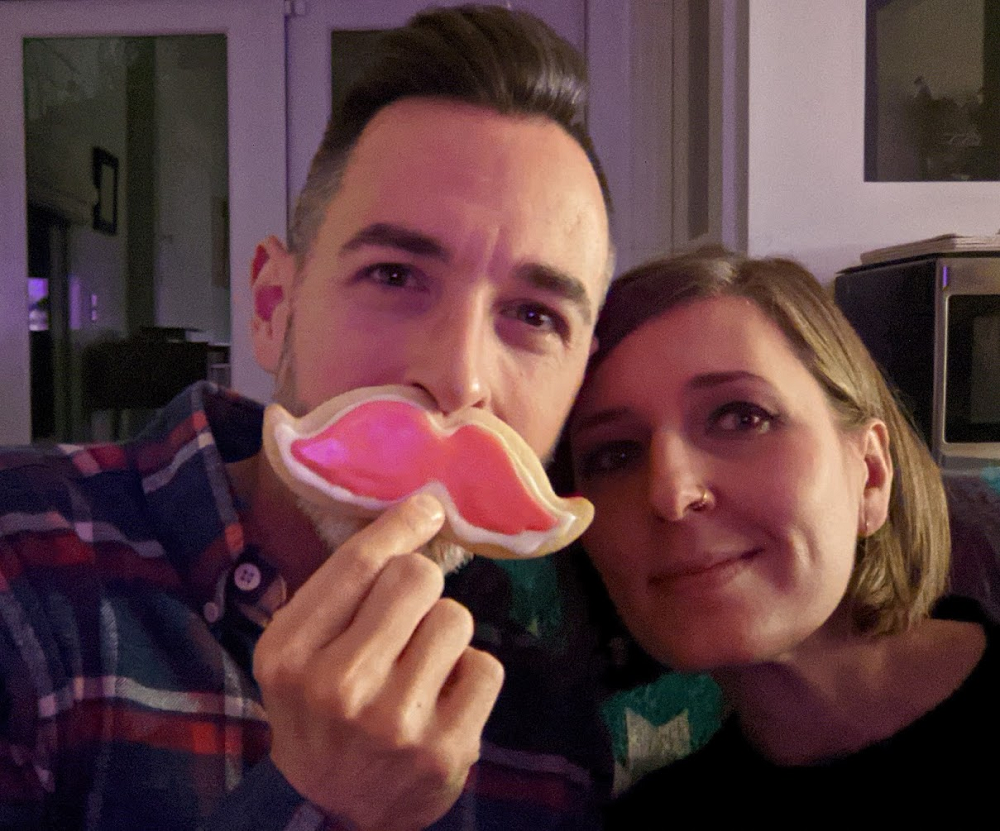 Last Christmas stands out as one of the worst of my life. Perhaps more even than the year when my father had just died, because at least then we were around family. But last year Rand’s grandmother had just died, and we were alone, and there wasn’t an end to that loneliness in sight. 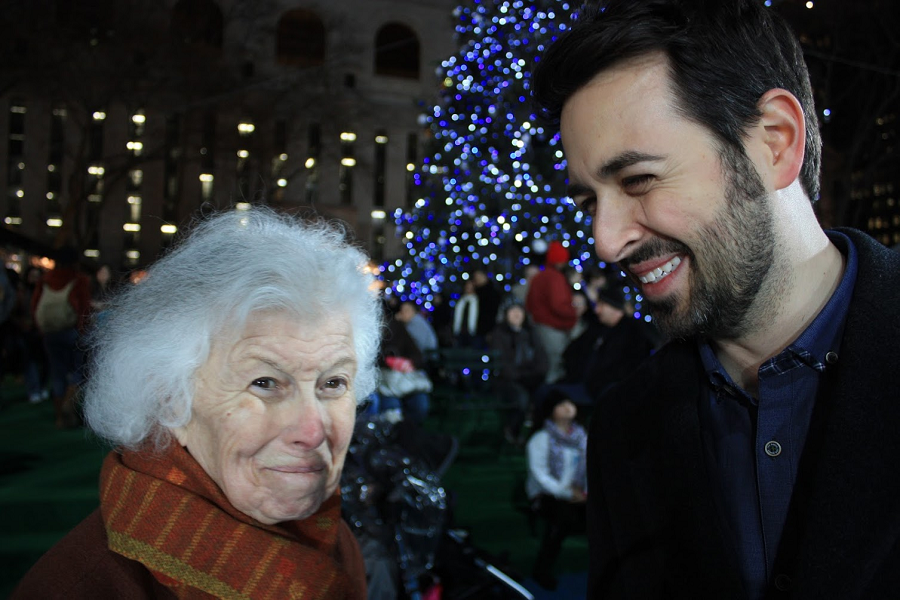 I remember we tried to smile through it, but the grief and the sadness were there, hovering over everything. You can practically see it in the pictures. 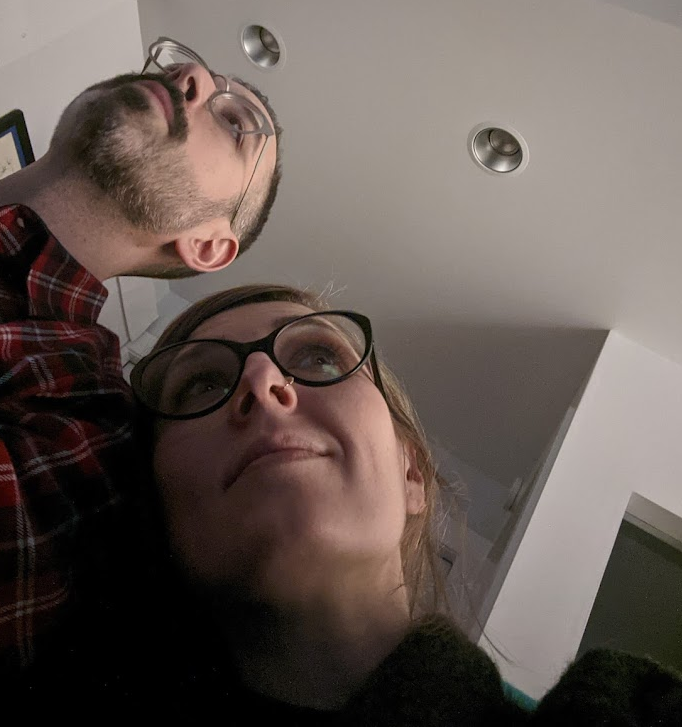 This year, we’d planned to go down to California to see my family, but as omicron cases started rising, and as every single destination we’d intended to visit became a hotspot, we ended up cancelling our trip. I cried exactly once, the night I realized I’d miss my nephew’s third birthday, and Christmas with relatives for another year. I cried because last year was so awful, and I didn’t want to do it again. And then I felt too frustrated and depleted to even cry, and I just sat around, like a slowly deflating parade balloon, melting onto the couch.

My cousin sometimes talks about a Christmas he remembers from when we were young – one I’m too small to properly recollect. It was in an old duplex we lived in when we first moved to Seattle, when my family first moved to America. If I’ve matched the pictures from the right year, there’s snow on the ground, and my uncle has thick sideburns, and I have the sort of receding-hairline mullet that grow on toddlers when they are bald for too long and their parents refuse to cut the hair that finally grows in. My cousins usually ran around like feral raccoons, and I was destined to watch from afar, deemed too young and too female to join in. But the holidays and the cold meant they were confined to the house, and in the pictures they are clustered together, and I am with them.

One of my cousins would tell me, years later, that in that moment, he was the happiest he had ever been, and also so sad. I asked him why.

This concept seemed impossible to me the first time he said it – that we would never all be under the same roof. But the years passed; older relatives died, and we younger ones drifted apart like flotsam on the surf. I try to reach back and hold on to the memory of that Christmas, but it’s too far gone for me. It’s more just a feeling, a tugging in my heart, a sense of everything in its place, and also of loss, all at once. I don’t even know if I have the photos anymore. They may have been lost in the fire at my mother’s house. I’m not sure.

Sometimes the longing and the heartache feel like they’ll crush you, and yet you feel so grateful, because you know it means your heart still works. You can feel so happy and sad at the same time. That’s where I am this year. I smile through it, because god, there’s so much to smile about. I’m with Rand, in our home, and there’s a promise of snow tonight, and yesterday I may have made the world’s gayest Christmas cookies.

How you can not smile at that? 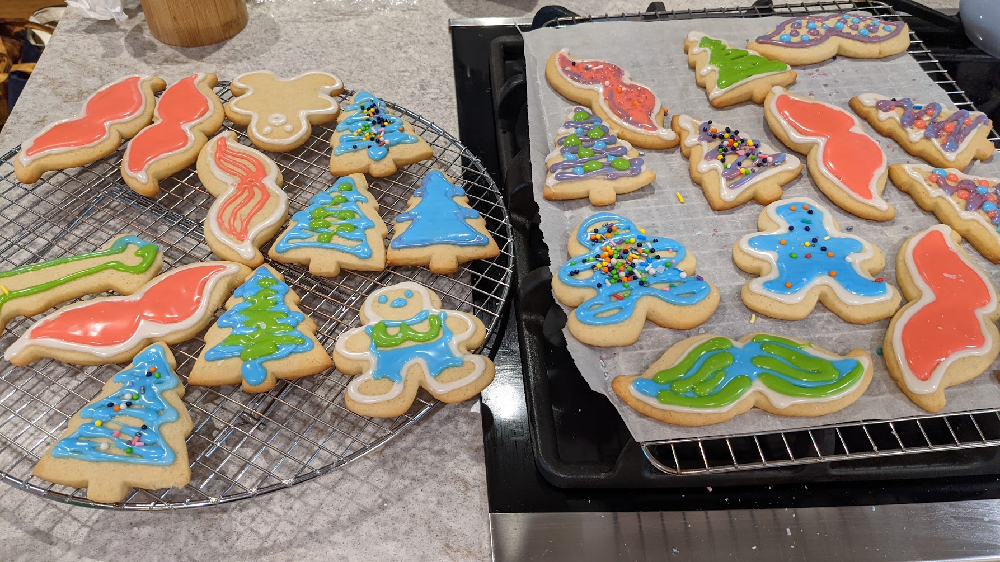 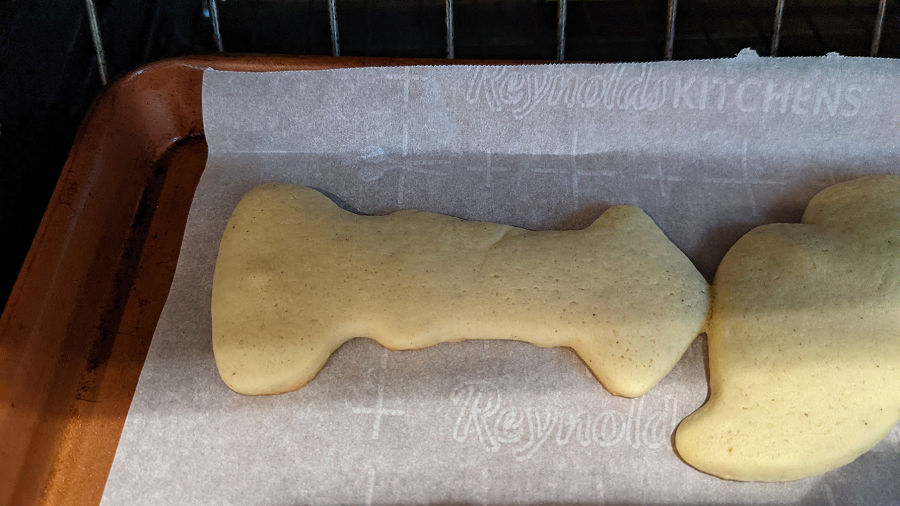 This was supposed to be a Space Needle cookie cutter. I … yeah. 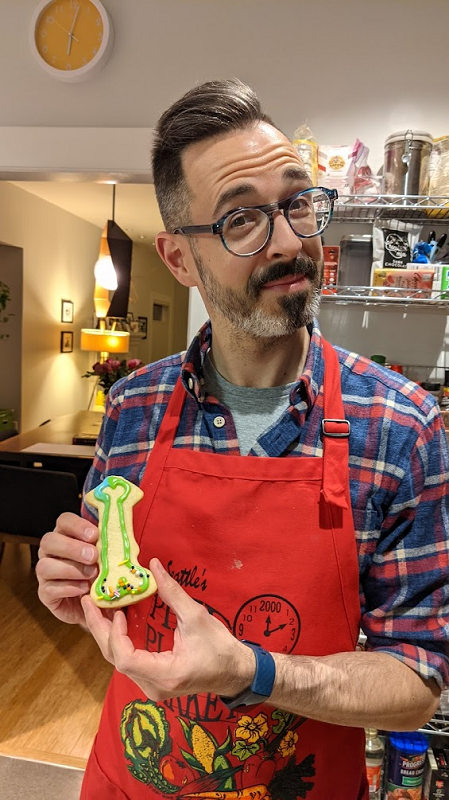 Him: Baby, did you … did you use sprinkles for pubes? Me: I call them “Jingle Balls.” 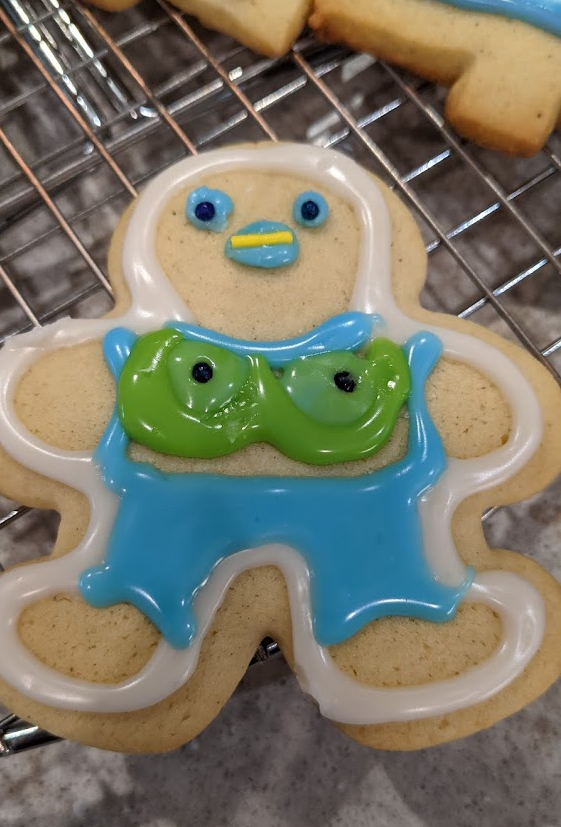 This one is my horcrux and I love her.

Maybe that’s the whole lesson here, if there is one. You think of the people who’ve left you, and you hold on to the memories, squeezing them in your heart. It hurts but holy hell you wouldn’t give it up for a second. 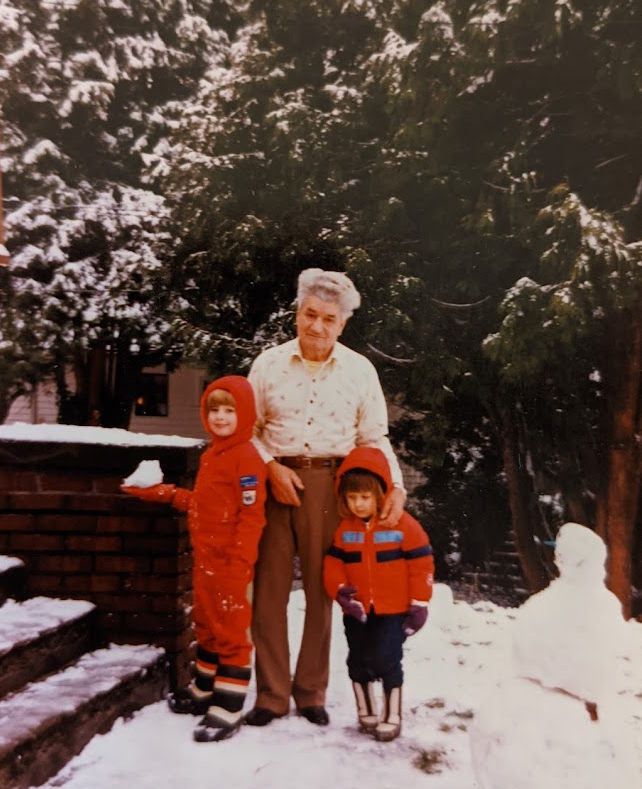 If you are lucky (and god, am I lucky) there is always good to be had. And even if it passes, even if it’s fleeting, there’s always more good on the horizon. Sometimes it just happens, and sometimes you have to try like hell to make it for yourself, but just look. There are ridiculous cookies and a twinkly-eyed man in an apron, cooking for you. And I tell myself to enjoy it, because it may never be like this again. But then I remember: it’s been 21 Christmases now, and he’s still here. 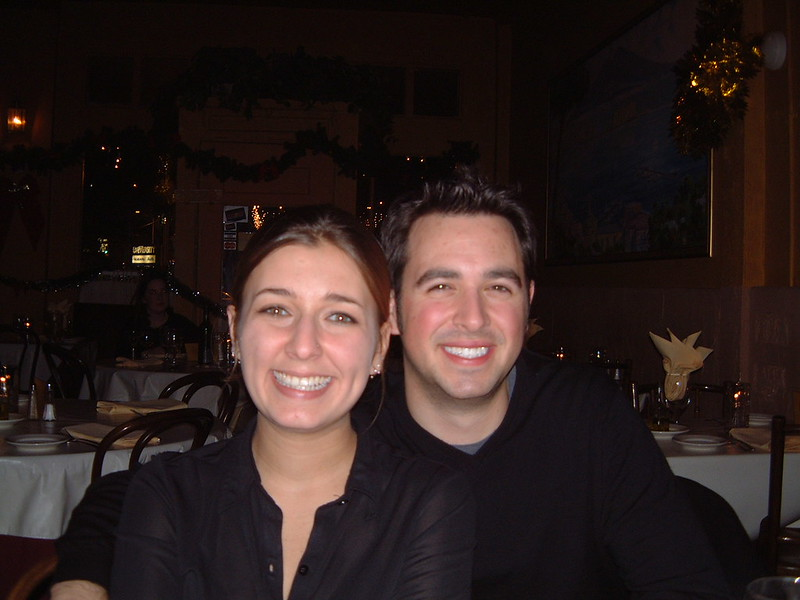 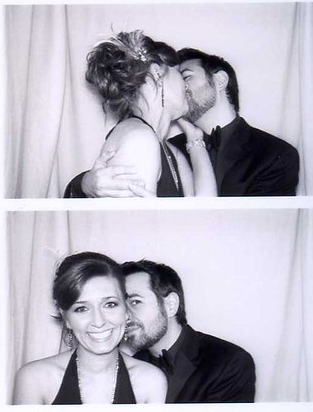 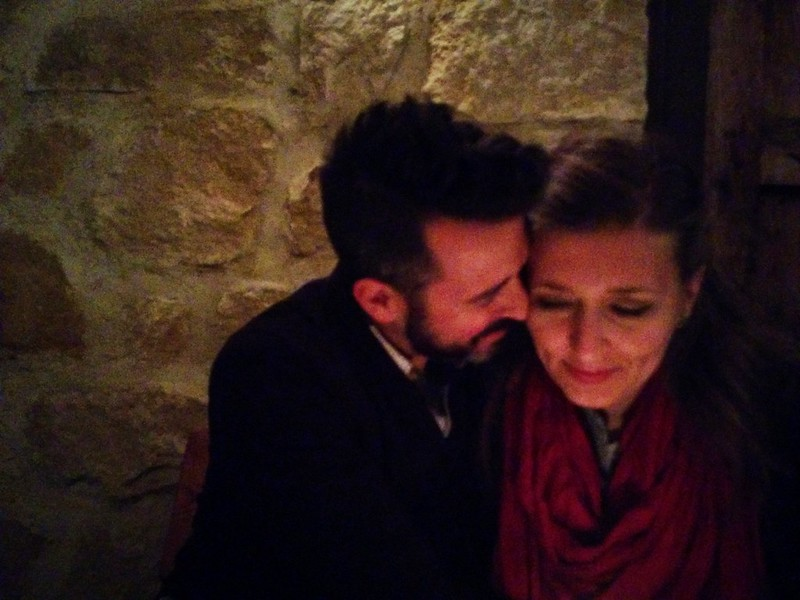