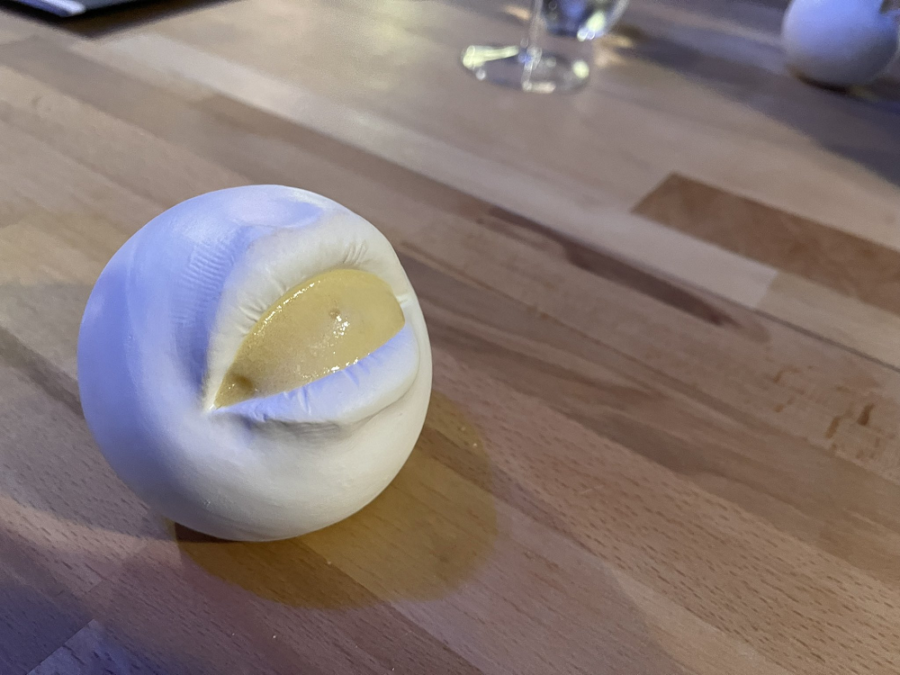 In the last few days, I wrote a review that escaped out of my hands and started running all over the internet, and it was not unlike that time when I was ten and my hamster got out of its cage and pooped everywhere. What I could not have imagined – what I at my most creative could never have foreseen, my sweet babies, was that the chef from Bros would reply to my review. I was not aware that blog posts merited rebuttals from chefs (this sort of thing never happens to Pete Wells.) (I am not, I realize, Pete Wells.) He demanded that his statement be printed in its entirety.

He began, as all good manifestos do, with a picture of a man on a horse. 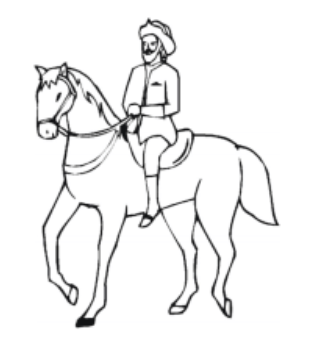 I must admit, at this point, I was somewhat demoralized; I have spent an entire career trying to be funny and this punchline is better than any joke I have ever written. This was brilliant. I mean, the set-up was an absolute nightmare, but holy hell that punchline.

In Chef Floriano’s rebuttal he explained that “Preparing food that is liked is like making a drawing of a man on a horse. It is not that hard, but most people will admire you.” He dismissively noted that “Many people are able to make good food. Your grandmother could do it. My wife does it great.” Which is a pretty condescending thing to say when your wife is one of the chefs at Bros.

He then posted another image of a horse – this time it was Jacques-Louis David’s painting of Napoleon Crossing the Alps. Some people are master chefs, and have numerous Michelin stars, he wrote, and he likened this painting to those restaurants. But he’s “bored” with it.

At this point, I began to wonder what the hell was going on and what this had to do with food. It was like our meal at Bros, in manifesto form. I also found myself offended on behalf of a French neo-Classical painter who has been dead for two hundred years, because this week has been nothing but surprises. 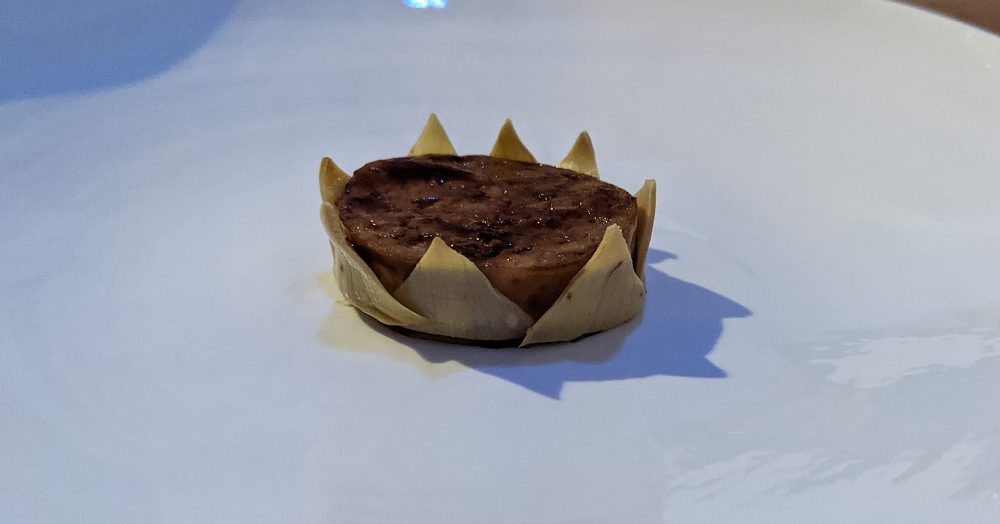 Then came the last page of his response. Another painting, this one abstract, in which Chef Floriano waxed on about contemporary art. And he listed a series of philosophical questions which, had I included them in a fictionalized version of this story, would be removed by any decent editor on the grounds of being too unrealistic.

“What is art? What if food? (sic) What is a chef? What is a client? What is good taste? What looks beautiful?”

It felt like he was trying to get himself declared incompetent to stand trial, and truly, well done, sir. Go commit more culinary crimes, no jury will convict you.

But the thing is, when I look past the misogyny, and arrogance, and the dripping condescension of the piece (and holy hell is there a lot of it) I actually agree with the statement that he’s making about art.

“Does art have to be beautiful? Not necessarily. It has to challenge you to understand. If it’s beautiful, that’s even better.”

And, that’s true. I can’t argue with that statement. Look, one of the great gifts of my miraculously charmed life is that I have been able to spend time in galleries and museums and installations all over the world. And there is no doubt that art can be challenging. Often the best art is. It makes you feel something, even if that something isn’t necessarily good. It sparks a reaction. It causes discussions. It can be painful or horrifying or upsetting. Sometimes it’s beautiful, but not always.

I agree with him when it comes to art.

But a restaurant is not a museum, or an art gallery. If anything, the stakes are even higher, because you aren’t simply creating, you are creating something for someone. Every meal that comes out of the kitchen at Bros. is for a paying customer. It is for someone who has a minimum expectation of what a meal should be. A meal might be innovative, or cutting edge, or require a great deal of technical skill (and indeed, many of the dishes at Bros. were). But if it is insubstantial, or contains something that the customer is allergic to, or it simply doesn’t taste good, then what the hell does it matter if the chef thinks that he’s created art? He’s still failed at being a chef. 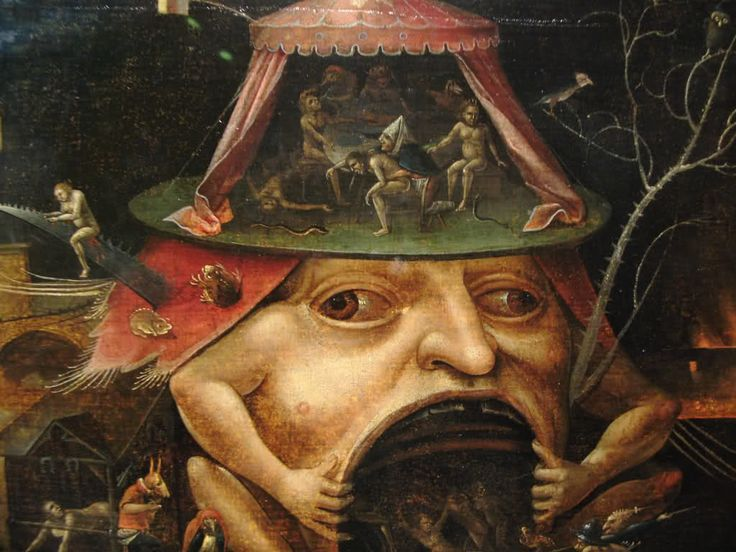 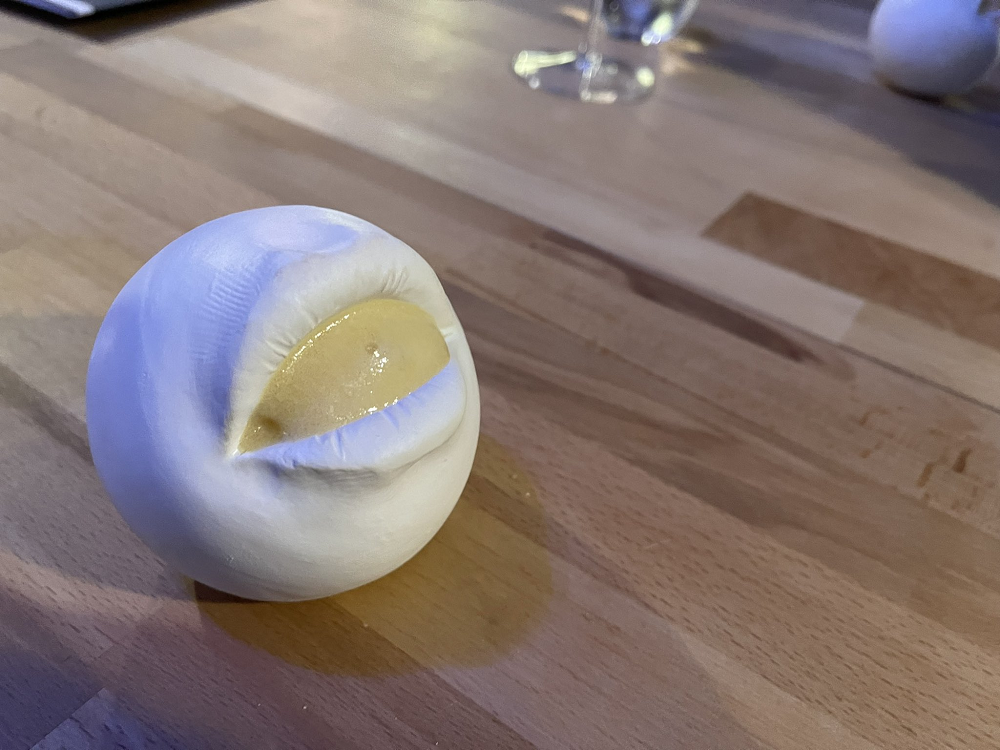 Over the last week, I’ve been accused of not understanding a meal that I ate. By Chef Floriano in his rebuttal (where he doesn’t deign to call me by my name but instead refers to me as “Mrs. XXX” – an attempt to insult me which has inadvertently resulted in giving me the best nickname I’ve ever received). By Chef Isabella, as she laughingly said that we just “didn’t get it”. I’ve had readers hypothesize that my inability to appreciate this meal is due to me not understanding Italian culture or speaking the language fluently. This strikes a particularly deep nerve. Growing up, I was teased for my mother’s accent. I was ridiculed for speaking a weird language and talking with my hands, for having a strange (i.e., foreign) family with odd traditions. And now the criticism leveled against me is that I am too American, and not Italian enough, to appreciate what was served to me. It’s a strange thing, to know that you simply can’t win. But also, it’s extremely irrelevant: these shouldn’t be requirements for enjoying a meal. And even if they were: I meet all the prerequisites.

(Someone went so far as to say I was too puritanical to appreciate the food that I ate, the first time in history such a criticism has been leveled at me.)

But if one is to argue that appreciation of a meal lies in understanding the artistic vision behind it, then some onus is on the chef and the staff to communicate that vision to the patrons. They cannot simply turn their nose up at our questions and our dietary restrictions and later on, our criticisms. And even if those artistic explanations were provided, they still haven’t succeeded at creating a positive dining experience. Because as Dan notes here, “a meal needs to satisfy on a basic level.”

I’m all for food that gets customers to think, to step out of their comfort zone — as with any art. But a meal also needs to satisfy on a basic level, even if it’s not conventional. Is there a place for a restaurant meal that punishes the customer? I don’t believe so.

And besides that, the beauty of good art and good food is this: you shouldn’t need to understand something to love it.

If food is a type of art, it is one that cannot exist without taking into account the relationship between the artist (the chef) and the consumer of their art (the client). Cooking, if done properly, is inherently an empathetic act. It’s an act of love. And if I am to reflect on all of the best meals that I’ve had – whether they were roadside stands or Michelin-starred restaurants, they shared one common theme: the person preparing the food cared about the people around them. They cared about their customers, and they cared about their staff. And that radiated through everything.

The chefs at Bros don’t seem to value empathy. They actually seem to eschew it.

I don’t waste time, I don’t care about others, I’m focused on what is important. I’m always fucking showing what I’m made of! 🔥 @Brosrest #bros #bebros #brosland @GuideEspresso pic.twitter.com/L8gl8M9mnH

It did strike me that the entire crew apart from the woman head chef (who is also his wife) was male. And the service hinted at a culture of fear (the odd silence, the unwillingness to engage with you in Italian, all of it).

I hope someone does the necessary journalism here.

It’s unfortunate. I think if they cared a little bit about the people around them, I think if that talent and innovation and artistry also included a bit of love and humility, they’d probably create something truly remarkable. But cooking from a place of love is a remarkably challenging thing. Not everyone can do it. My grandmother could. And my husband? He does it very well.