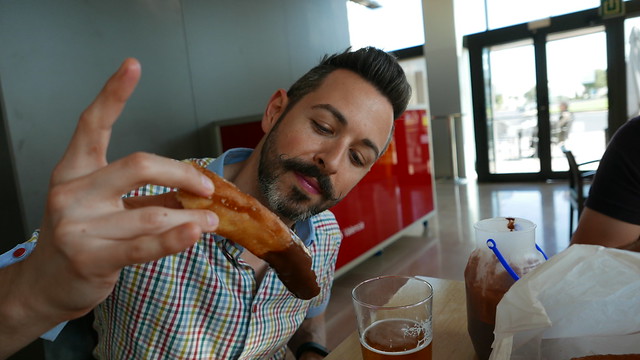 The proprietor stands behind the counter, eyeing us warily.

Lisa and I look at each other.

This sounds like a lot, even to me. The man behind the counter is doing his best to withhold judgement, but I see his eyes bug out at this number.

“How about ten?” I suggest.

Even as these words leave my mouth, I realize how unlikely they sound. The three of us – Jon, Lisa, and I – have a sort of maniacal look in our eyes. It seems highly probable that we’re just going to go into the alley around the corner and mash the fried confections into our mouths under a searing Spanish sun. Even in a best case scenario, there might be five or six of us at most.

We end up getting ten churros.

Jon has a sort of half smile as he watches the exchange unfold. The man behind the counter laughs. He now understands who he is dealing with. That we don’t just want churros. We want an overwhelming amount of churros. A plethora of churros. We want more churros that we could possibly know what to do with. We specifically want too many churros.

“Un litro de chocolate? Or medio litro?” He is holding up a small plastic liter-sized jug, and gestures with his hand to see if we want it filled halfway up or all the way to the top. Normally, the chocolate is served in significantly smaller cups.

Rand has sort of a knack for having ill-fated churro experiences while visiting Spain. To the uninitiated, the fried confection is not unlike an American funnel cake (though I know I’ll get hell for saying that), and served with a deep, thick chocolate dipping sauce that varies from a dark and rich ganache to a significantly lighter custard-like sauce (in Valencia, we kept finding the latter). It is, without hyperbole, my husband’s favorite dessert and one that he seeks out with middling success. The issue is often the time of day – most churrerias are only open early in the morning, or between the hours of 5pm to 7pm. The ones that we’d found that were supposedly open late were either out of churros or out of chocolate. More than once we’d sought out a place that Rand had researched online only to find that it had recently shuttered its doors permanently. Here he found churros but no chocolate. Look carefully at his face. His eyes are screaming. Rand and churros are star crossed lovers forever doomed to be apart, a concept which becomes substantially less romantic when you consider that one of the pair wants to eat the other.

I am determined that he will not miss out this time. The conference that had brought us and our friends into town ended the day before, and Lisa and Jon and I have spent the day eating paella and shopping while Rand has been caught up in a meeting. We’re determined to end our streak of hedonism with an act of largesse by bringing my beloved a shit-load of fried pastry and chocolate. I text him, and find that he’s already en route to another churreria (naturally).

I call him up and insist that he join us at the hotel, explaining nothing. And to his credit, he abandons his hope of getting fried confections without complaint and comes to meet us. If he is disappointed that he has been thwarted in his pursuit, he does not register it on his face as he crosses the street to see us. He smiles brightly and waves.

And then he sees the churros. And the medio litro of chocolate. (I will let the photos write the next few paragraphs, if I may.) 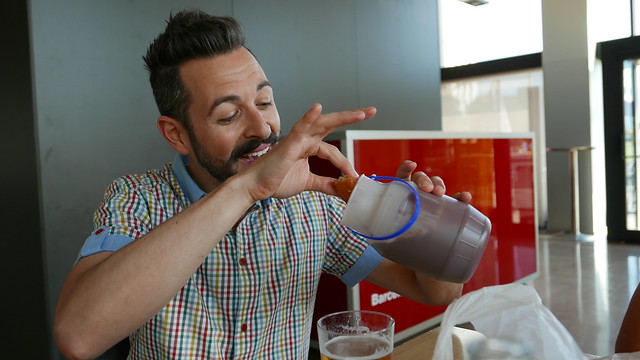 I was about to make the tired joke that he doesn’t look at me like this. But he does. Fifteen years, and he still does. Pray for him. 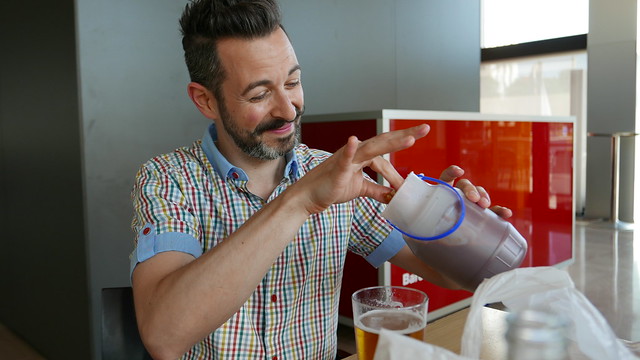 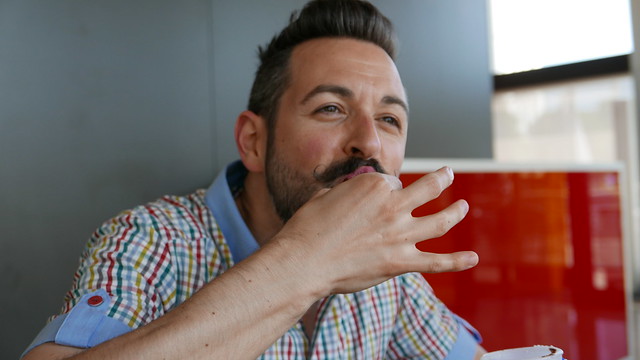 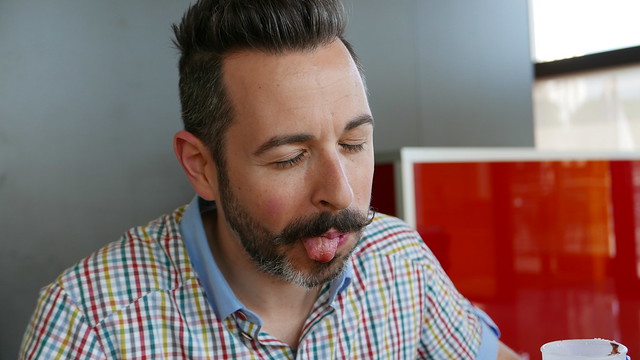 Later I notice the rather remarkable similarity between my beloved and Carrie Fisher’s dog, Gary:

His reaction to it all is a joy to watch. Anyone who tells you money can’t buy happiness has never seen my husband’s face when presented with 10 euros worth of churros. 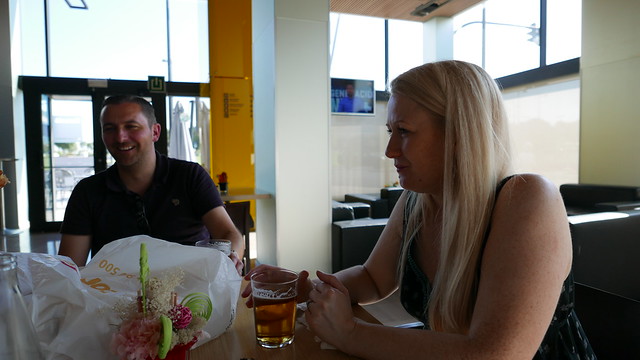 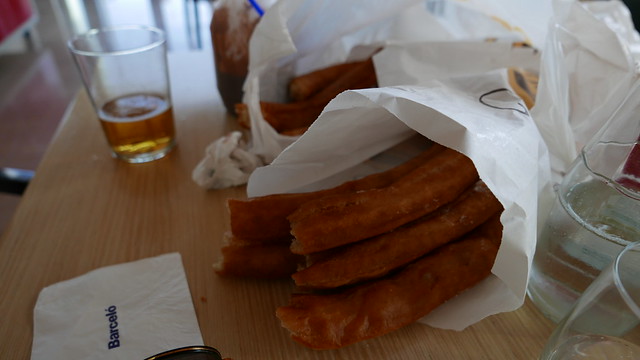 Ten churros. Four people. The math, if you look closely, works out perfectly.