I was driving past our old neighborhood a few days ago, when I spotted this: 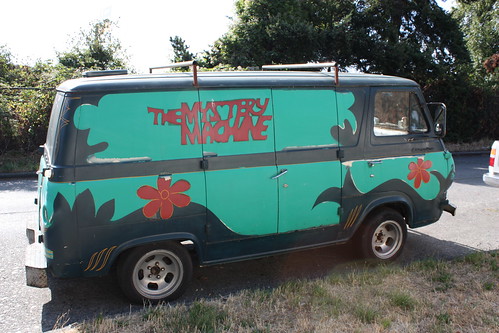 Apparently all it takes for a grown woman to nearly pee her pants with happiness is a real-life version of the Mystery Machine from Scooby-Doo. I didn’t get any photos of the inside because 1.) I read somewhere you shouldn’t climb into strange vans, even if they’re awesome, and 2.) there didn’t seem to be anything to see. The inside looked a little gutted, and the van itself had seen better days. It had several flat tires and a ticket for being parked in the same spot for too long (which was quite heartbreaking). I suspect it will be towed by the time this post goes up. 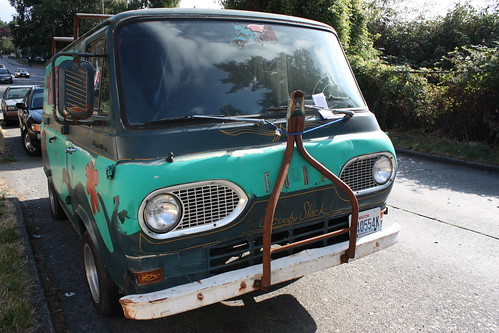 Notice the ticket on the front window. 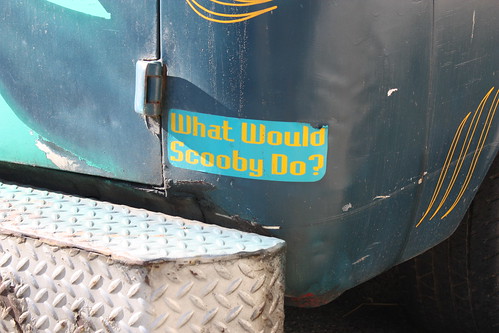 And while I saw a few stoners in the area, there was no Great Dane to be found.

Nevertheless, I’m glad I managed to get a few pictures of the Mystery Machine. I had seen it a few times before, but was worried it was going to fall into the pile of Seattle sights no one gets to see, like the kid who dresses up as Link, the lobster orchestra car, or Tom Skerritt.