I was trying to think of a more clever name for this post, something like “Tuesdays with Dharmie” or something, but I think he might sue me if I called him that. Not because he’s overly-litigious or anything, but that title is awful.

I’ve mentioned Dharmesh on the blog before – he’s a colleague of Rand’s, but referring to him as such makes him sound stodgy and boring and not the sort who would be up for hopping in a car and driving to dinner, despite the fact that no one in the vehicle had any idea where we going. Oh, and I, directionally challenged and spacey, was the driver.

So, no, he’s definitely not stodgy. So perhaps I should just say, “My friend Dharmesh” instead.

This is a post about the dinner I had with my friend Dharmesh, while we were in San Diego a few weeks ago.

The first night, Rand was busy with something-or-other, so we had to go out without him. This already makes an evening exponentially less fun, so to counteract it, I invited our friend Lauren.

Lauren, who could have a conversation with an ice-sculpture.

Lauren, who is really good to have in your corner when you are still jet-lagged from your U.K. trip and running the risk of falling asleep at the dinner table, which will probably make Dharmesh incredibly self-conscious and be a story he taunts your husband with for the rest of time.

“I took your wife out to dinner. She nearly drowned in her soup.”

And were that to happen, Lauren is the sort who’d grab the back of your head, pull it out of your soup, wipe off your face and check to see that your airways passages were unblocked. All while telling a story about the time she was in Minnesota and found “Spaghetti-Os” in the “Ethnic Foods” aisle (she loves telling that story).

Anywho, where was I? Ah, yes: dinner with Dharmesh and Lauren.

Who are both vegetarians.

This was a bit of a problem, because, despite being somewhat of a hippie mecca, San Diego has relatively few vegetarian restaurants. Even places which should be vegetarian have a healthy dose of bacon on their menus, which somehow, along with avocados, became indicative of California cuisine. Eventually we decided on a place called “Tapenade” in La Jolla, which had a somewhat reasonably-sized vegetarian menu (“reasonably-sized” is three entrees and three appetizers).

So we hopped into the car and away we started rolling … with absolutely no idea where to go. What happened next will remain one of the great mysteries of my travel career. Dharmesh and Lauren tried to find where we were going on their respective phones. But remember, we were in a moving vehicle, so actually finding out where you are and where you need to be before you pass a necessary turn or exit is nearly impossible. Plus, I drive like a drunk moth with an an ear-infection. They would shout out directions to me, things like, “Make a right onto Pearl Street”, or “We just need to get on La Jolla” and I would freak out, because I’d have no idea where those streets were. So we’d slow down, and check what street we were on, and inevitably, it would be the street we needed to be on.

“Get on Pearl Street!”

“Wait, just let me check where we are … holy shit. You guys, WE’RE ALREADY ON PEARL STREET!”

It was totally one of those, “The murderer is calling you FROM INSIDE THE HOUSE!” moments, only awesome. It happened no less than 6 times. And despite having absolutely no clue where we were going, we pulled up to restaurant only 2 minutes late for our reservation. It was a travel miracle.

The food at Tapenade wasn’t bad. The company was better. 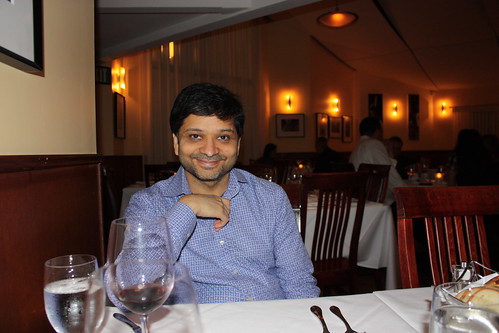 Dharmesh is apparently totally cool with taking two women out to dinner at once. I may need to ask him a bit more about what he was like in high school. 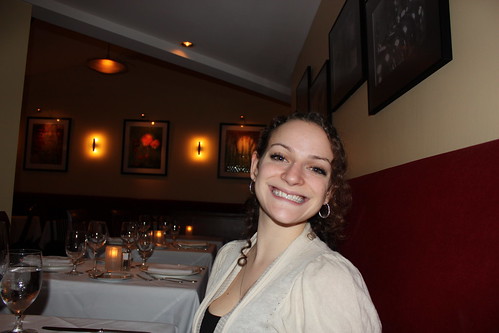 And Lauren is effing adorable, as per usual.

Oh, and there was food: 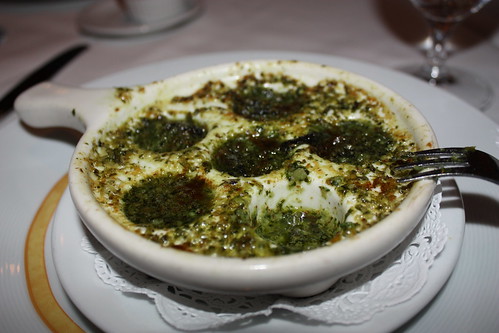 I ate every single one of these snails by myself. And for the record, I'm pretty sure you can eat invertebrates and still be a vegetarian, but that's just me. 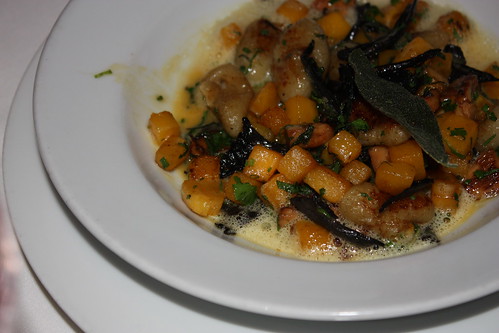 I think this was gnocchi with browned butter, sage, and squash. 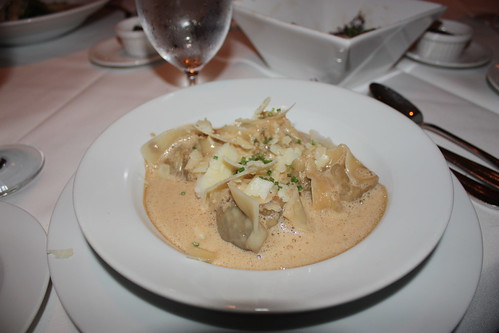 I can't remember the specifics of this pasta, so I've just labeled the photo "mushroomy goodness."

And because the restaurant was, for whatever reason, nearly deserted, I set up my camera on a ledge and used the auto-timer to take some photos of the three of us. It didn’t exactly work … 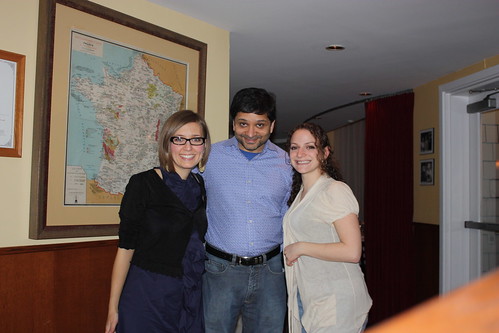 This photo actually isn't that bad. Except that Dharmesh looks about 11. It's like we kidnapped a middle-schooler and took him out to dinner. 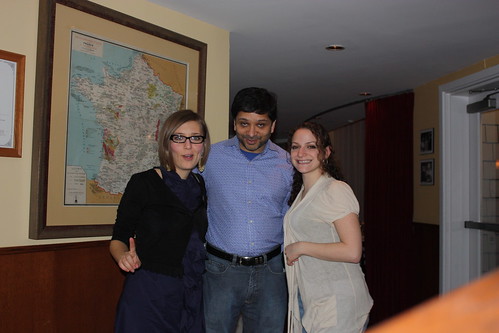 Finally, someone must have seen the flash of my camera and felt pity for us, because they offered to take our photo … out-of-focus. 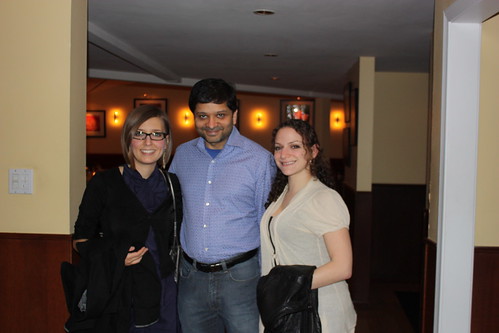 I was promised we would ALL wear dresses. Two people fell through on that.

But perhaps my favorite moment of the night was when I asked Dharmesh if he knew Lauren’s boyfriend, Todd, and he suddenly said, “Oh, you’re that Lauren.” Which cracked me up, because at my wedding, when our friend Todd showed up with new his girlfriend Lauren, I said, “Oh, that Lauren!” Clearly, her reputation precedes her, in the best possibly way. Because when you find out the girl your friend is dating is actually the one who, years ago, discussed a shared love of discount shopping with you while you ate cannoli on the Lower East Side, you know that the world is a good place.

It’s a similar feeling one gets after having dinner with Dharmesh. And that Lauren.