“… I think it’s repellant in every way. In fact, I think most Scottish cuisine is based on a dare.” – Mike Myers, So I Married An Axe Murderer
–

I didn’t find haggis repellant: just for the record. It tastes like all other offal, like liver or kidneys, which I rather enjoy, even though my aunt describes them as “tasting of urine.” (Note: never tell her you love something she hates, because she will try to destroy it in your heart. She doesn’t mean to be evil … she just is.) Trube told, the hubby and I rather liked haggis. I wouldn’t eat it everyday, nor do I think it would make good hangover food. But as a bite here and there? Pretty fantastic.

All in all, Scottish food has a fairly bad reputation (especially stateside. Tell me the last time you visited a Scottish restaurant), but there are definitely some culinary bright spots during our trip to Glasgow.

We ended up eating quite well in Scotland – thanks to our hosts and our own willingness to try new things. The seafood (which sadly, I neglected to photograph at any point during our trip) is also extremely high-quality and very fresh. All in all, we had a great time, and the Scots really do get a bad wrap about their food. It’s not like the restaurant scene in Glasgow consists of a bunch of drunk guys eating whatever the hell they find on the ground or something … 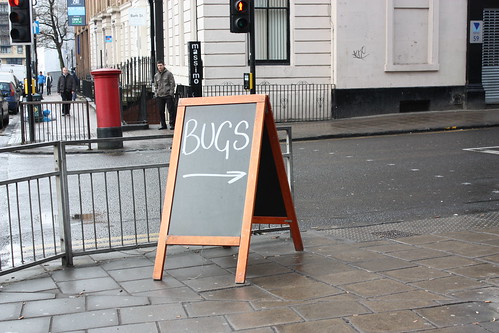 I have no idea what this is about.

Maybe someone just lost a bet.