I’ve noted before on the blog how strange my upbringing in Florida strikes me sometimes. Compared to Seattle, it is a radically different place: flatter, more conservative, and somehow weirder.

I remember being devastated when we moved away in the middle of my freshman year of high school (this will remain a sore spot in family history for decades, but that’s another story). And while I wish that certain things had played out differently (because walking into a cafeteria as a freshman in the middle of the school year and knowing no one is absolutely terrifying) I am very, very happy that I no longer live in Florida. Not because I don’t love it or the people, but because so much of the stuff I see when I travel down there is so ridiculously jacked up, that I have to take photos.

Behold some of the crazier sh*t the hubby and I saw on our last trip. 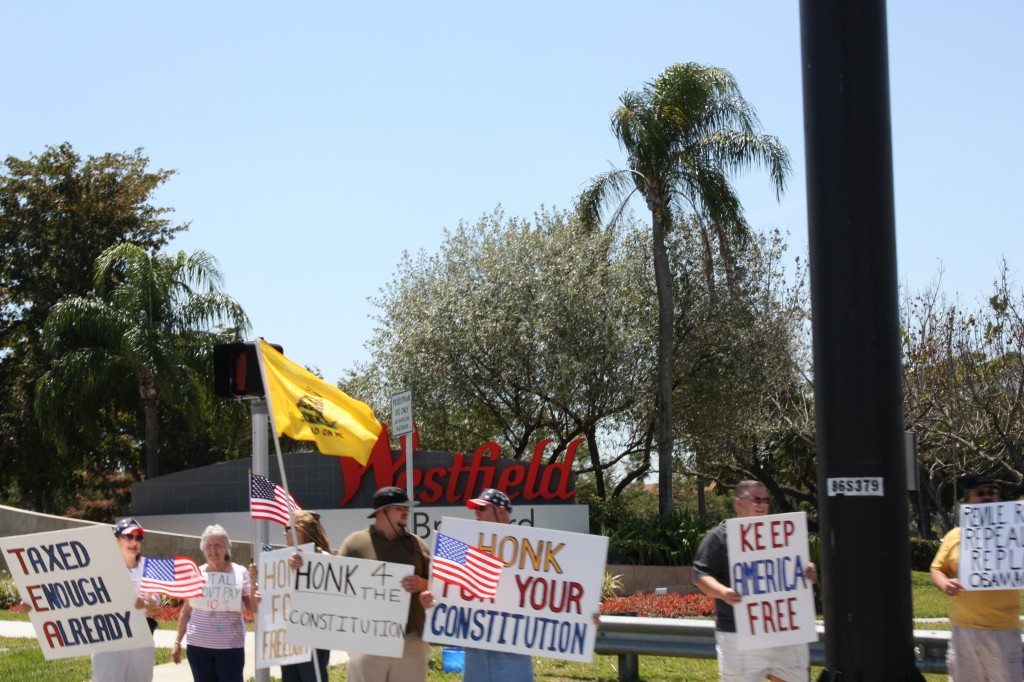 I wish we had photo-bombed them with a sign that says, "Honk if you're scared of black people." 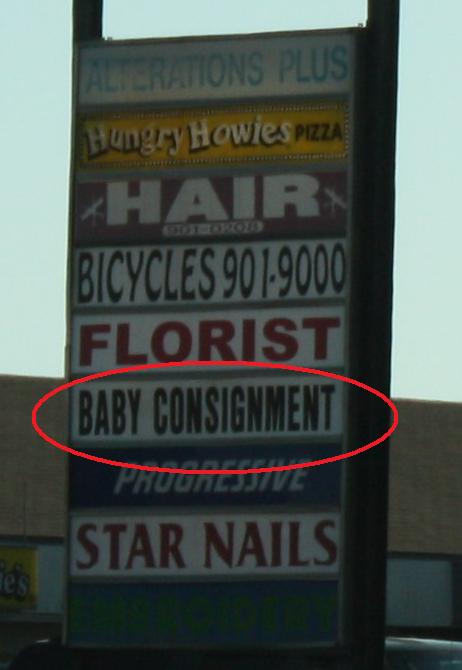 Well, I guess consigning your baby is better than just giving it away.

3. Back of Publix-brand chocolate raisin packaging 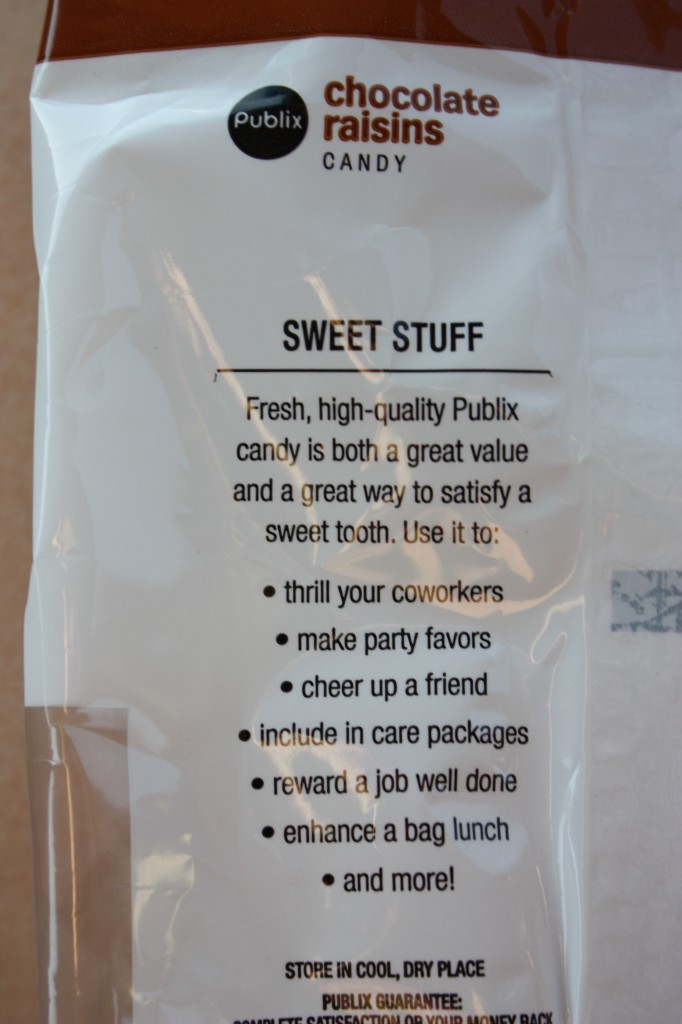 I am SO glad they included this. I can't tell you how many times I've bought a bag of candy and thought, "NOW what the hell do I do?" 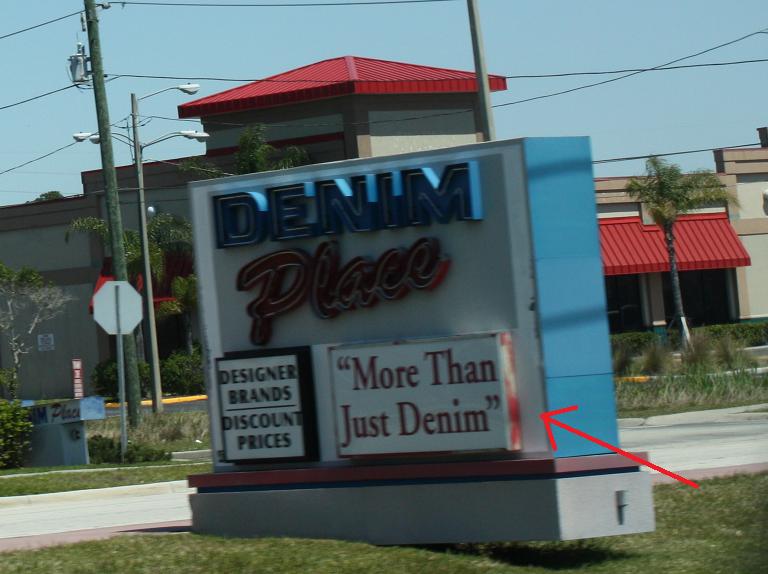 I had some crack about why it's not called "More than just Denim Place", but now all I can think is that "denim" is a weird word. I mean, it looks weird, right? 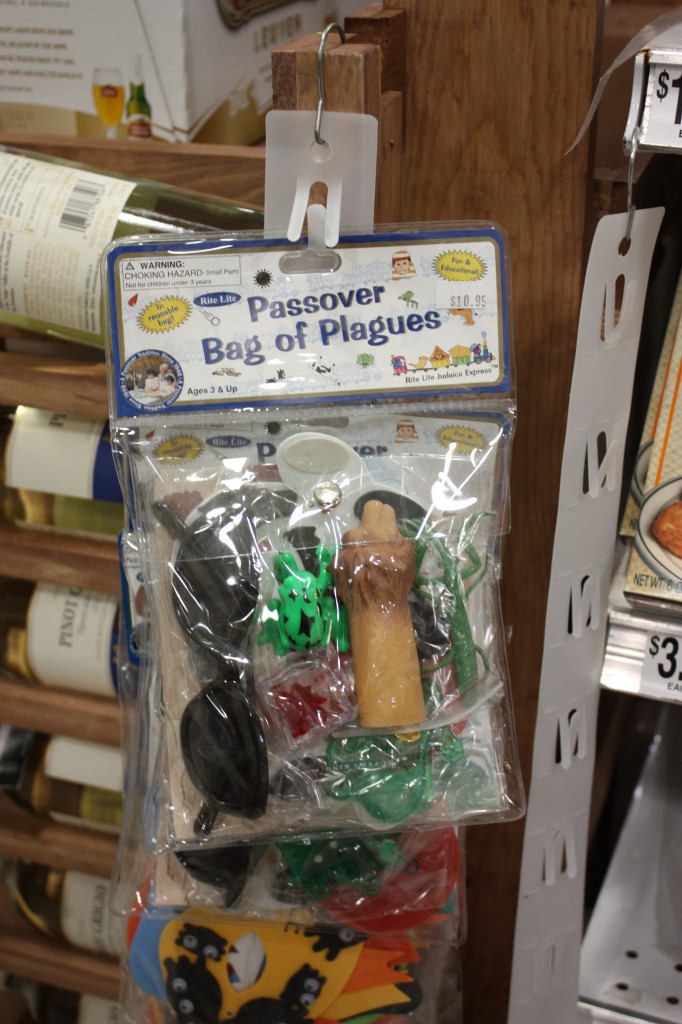 Bubbe either has a wicked sense of humor, or she's had another stroke. 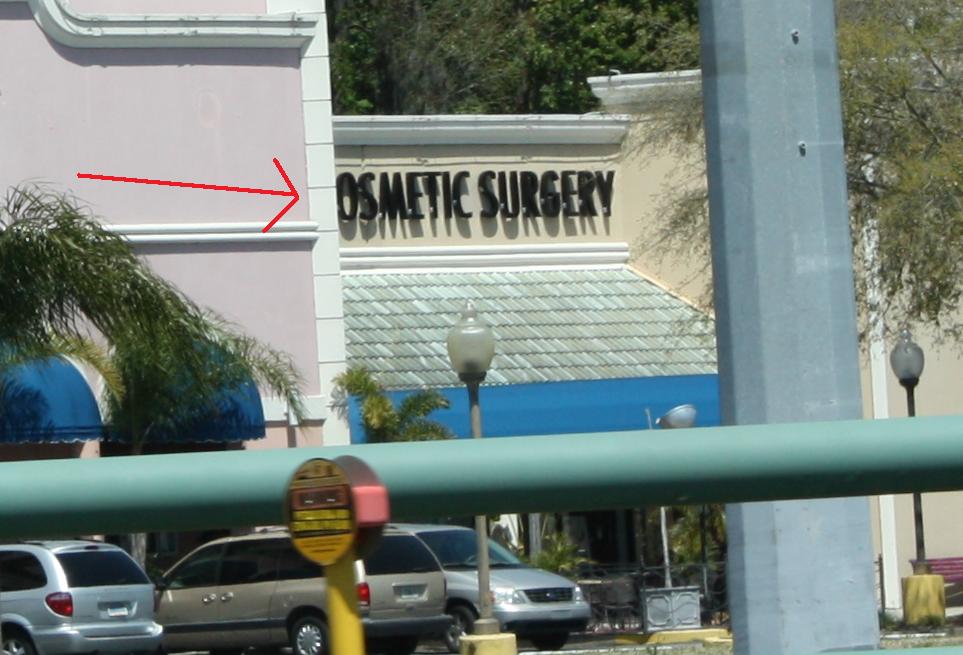 It was next door to a bar. 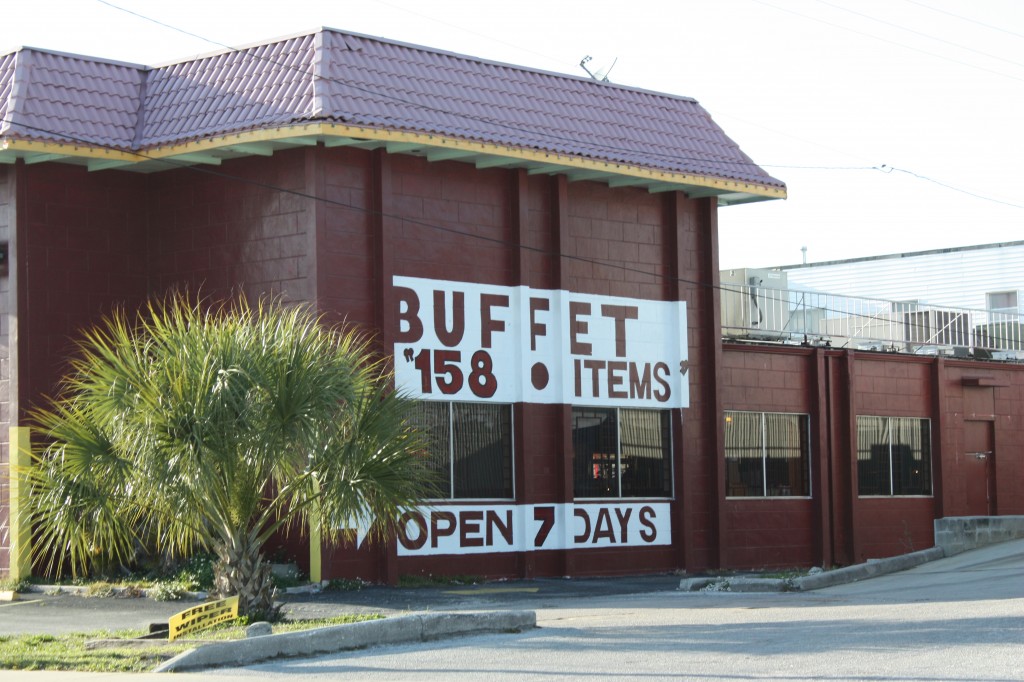 I guess this is slightly preferable to 158 "items". 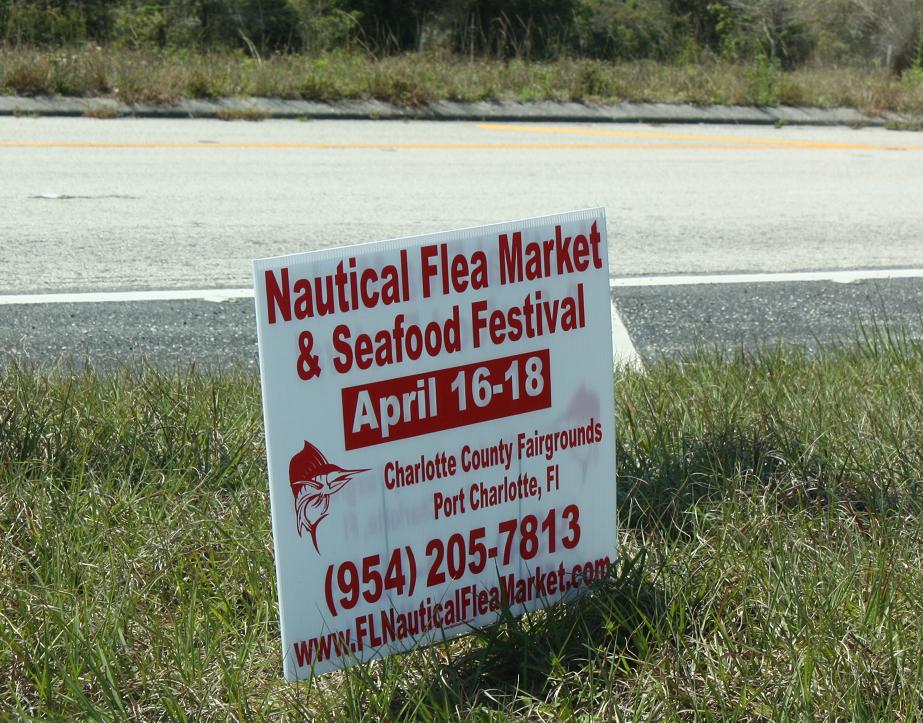 If there's one word I like to see in combination with "seafood", it's "flea". 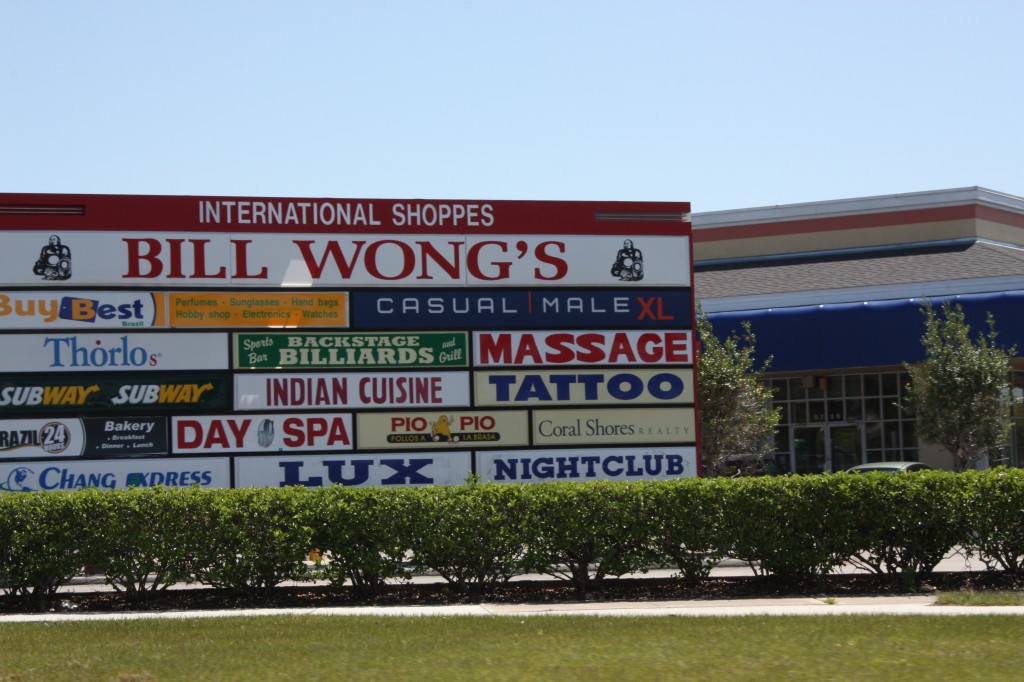 You had me at "MASSAGE TATTOO." 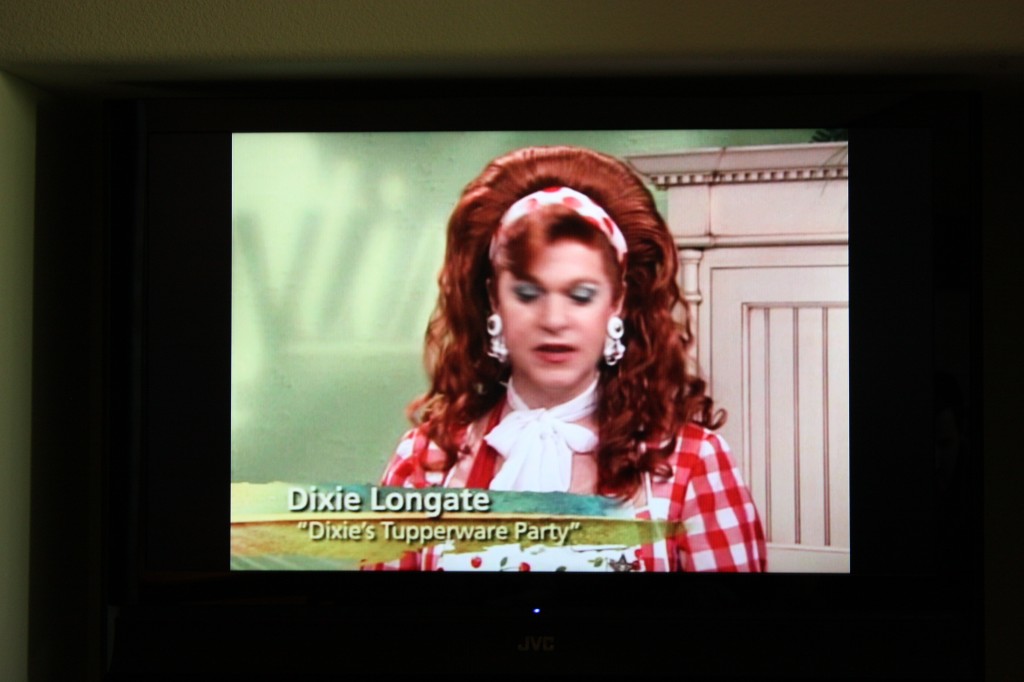 This is a drag queen named Dixie Longate. She was being interviewed by, I shit you not, Lindsay from MTV's The Real World: Seattle.

My brain now hurts. I think I need a massage tattoo.