I like you, I really do. You are at the top of my list of attractions to visit in Munich. I had a ridiculously fun time roaming through all of your exhibits and halls, and I became acutely aware of how little I know about … well, everything.

In particular, I enjoyed the Astronomy exhibits. I mean, really, what’s cooler than space? The answer is NOTHING.

NOTHING IS COOLER THAN SPACE.

So I geeked out, pressed my nose against the cases that held old telescopes, marveled at actual pieces of a real space station, and had a grand old time, right up until I saw this: 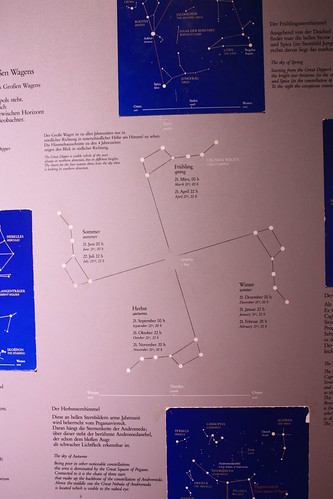 How do you say "WTF" in German?

UM, WTF DEUTSCHE MUSEUM? THERE IS A GIANT SIDEREAL SWASTIKA HANGING ON YOUR WALL. HOW DID NO ONE NOTICE THIS?

I appreciate that you are trying to show visitors how constellations appear differently in the sky during different times of the year. That’s an important thing to know. In fact, James Cameron actually changed the sky above Rose and Jack in his re-release of Titanic after Neil DeGrasse Tyson pointed out that it wasn’t accurate in the original (the constellations that appeared in the sky were not the ones that would have been visible, given their time and location).

That being said, COULDN’T YOU HAVE PICKED ANOTHER CONSTELLATION BESIDES THE BIG DIPPER? SERIOUSLY. THERE WERE LOADS OF OTHER ONES TO CHOOSE FROM.

May I suggest “Schwan”? Or “Slangentrager”(The Serpent Holder)? 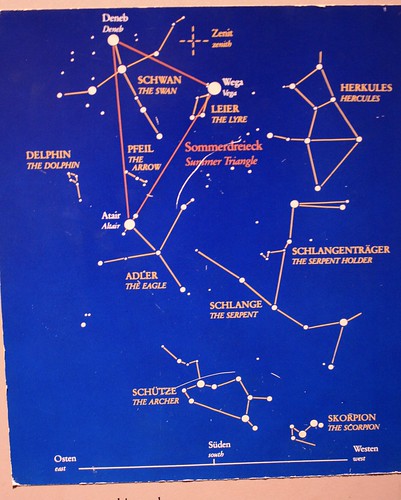 ALSO, DO YOU REALIZE HOW BAD THINGS ARE WHEN I SUGGEST SOMETHING CALLED “THE SERPENT HOLDER” AS A PREFERABLE ALTERNATIVE?

Look: I realize that was probably just a huge oversight. I do. And I know that I have a very sensitive eye for this sort of thing (I once spotted swastiskas in the facade of the Brooklyn Academy of Music and promptly freaked out, even though the building predates WWII by decades). But it really seems like someone should have caught this. I mean, it’s ginormous. And obvious. And – hello – IT’S AT THE DEUTSCHE MUSEUM. THIS IS NOT THE IMPRESSION YOU WANT TO CULTIVATE AMONGST TOURISTS.

I was hoping this was an isolated oversight, but then I saw your exhibit on digital printing: 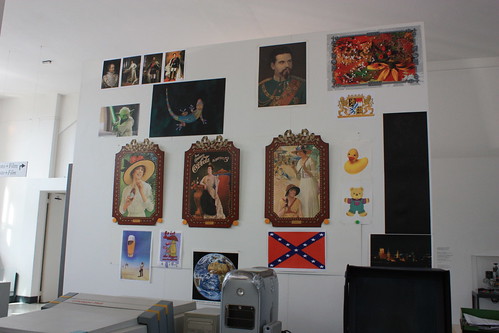 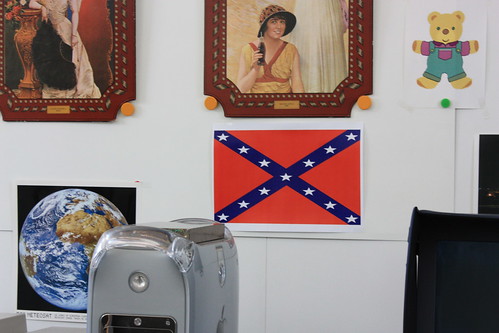 YOU HAVE A CONFEDERATE FLAG HANGING RIGHT NEXT TO A PICTURE OF AN ADORABLE TEDDY BEAR. EXPLAIN TO ME WHY, OUT OF THE MILLIONS OF PICTURES AND ILLUSTRATIONS YOU COULD HAVE USED, YOU WENT WITH ONE OF THE MOST POLARIZING IMAGES IN AMERICAN HISTORY.

Call me when you fix this, okay? I’m going to go lie down. All this capslock yelling is exhausting.