Rand had read about Buttercloud Bakery online, and decided we needed to go there for breakfast. This might have caused me to squeal a little bit. 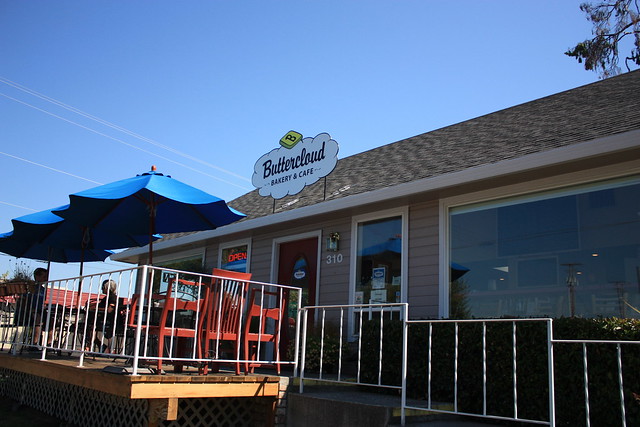 I like having breakfasts at bakeries. I like having practically any meal at a bakery. Hell, I’m beginning to think that maybe we should have gotten married at a bakery, but that would have been risky, because I likely would have ran off with a baker, or possibly just a very big cake.

Plus, the name sounded positively unhealthy: Buttercloud. YES. Yes. A good name for a child, if you think about it. “Buttercloud Fishkin.” 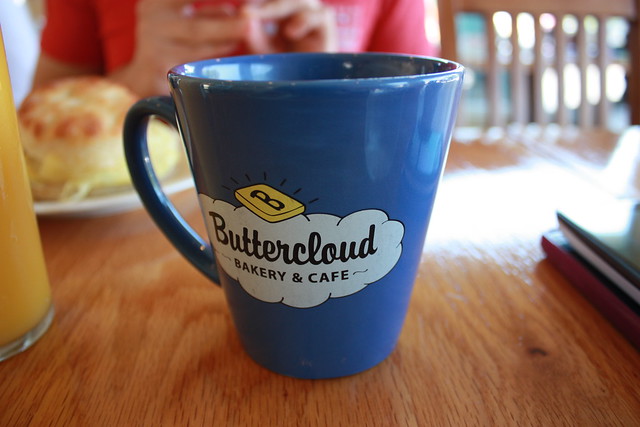 The interior was bright and welcoming, the staff cheerful, the prices very reasonable. The entire place smelled of coffee and fresh biscuits, the latter of which we learned is their specialty, and is the base for their breakfast sandwiches. Rand ordered one, and I decided to follow suit, to ignore the voice inside my head that whispered “Cake for breakfast … cake for breakfast …”. 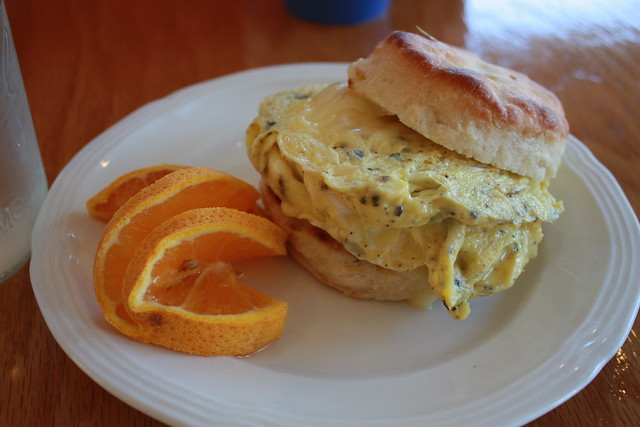 I got one piled high with roasted vegetables and a side of romesco sauce, because every now and then you need to do something wild and unpredictable, and for me that means eating zucchini. 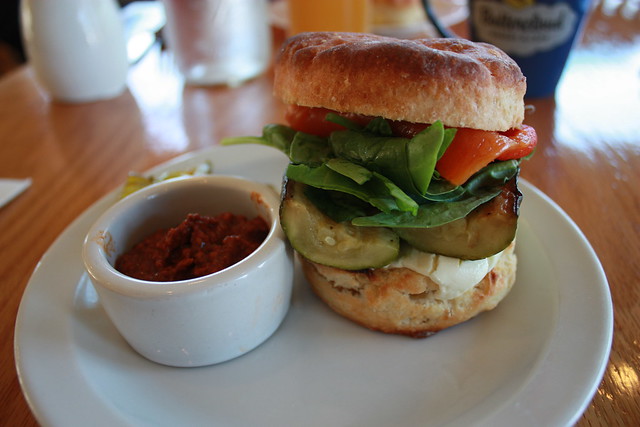 The biscuits were fresh and light, and to be honest, not all that rich tasting. My fingers weren’t greasy afterwards, and the breakfast didn’t sit heavily in at the bottom of my stomach.

This was, obviously, unacceptable. So I went back to the counter, and looked at what they had to offer. A few beautiful cakes, and danishes and … 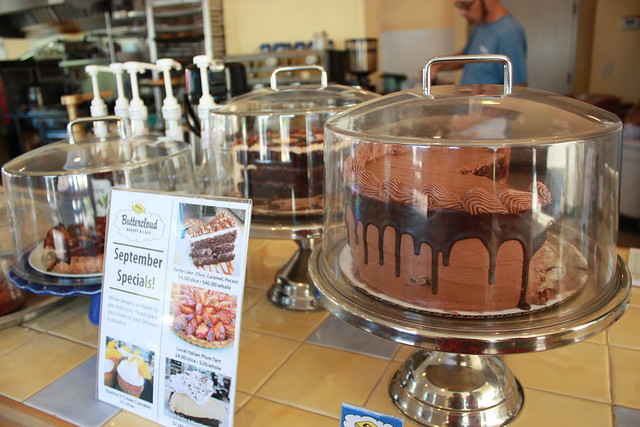 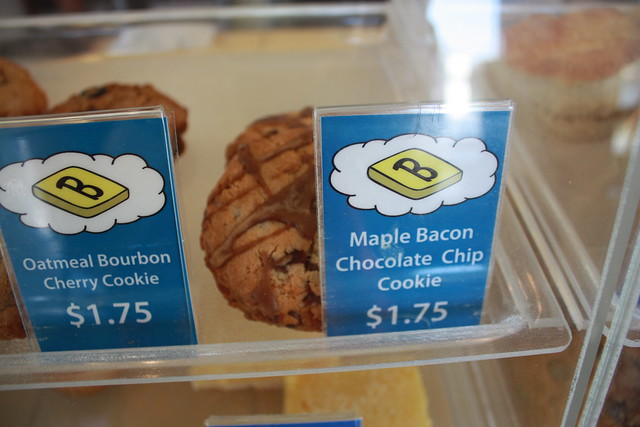 “It’s for later,” I explained to Rand, as I cradled the cookie to my chest. And I made it all the way to the car and halfway out of the parking lot before taking a bite.

“Shut up,” I said, in a preemptive strike against judgement, my mouth full. “It’s later.” 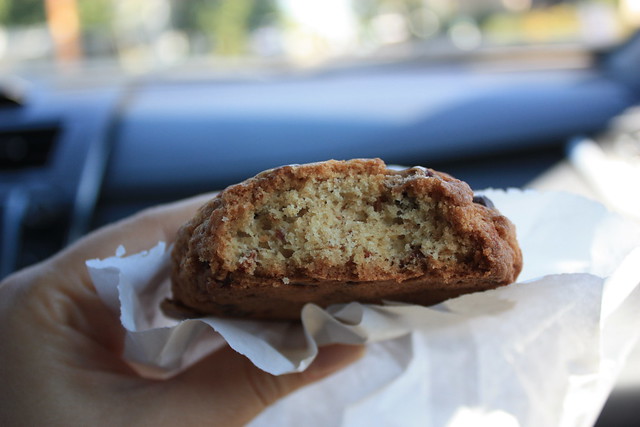 Sadly, it didn’t live up to my expectations (though to be fair, how could it?). It was more like a scone than a cookie – far too dry and crumbly, and someone had been a bit stingy with the bacon and the chocolate.

Lesson learned: If you have breakfast at a bakery, just ordered a damn slice of cake.