The other day I was jogging. 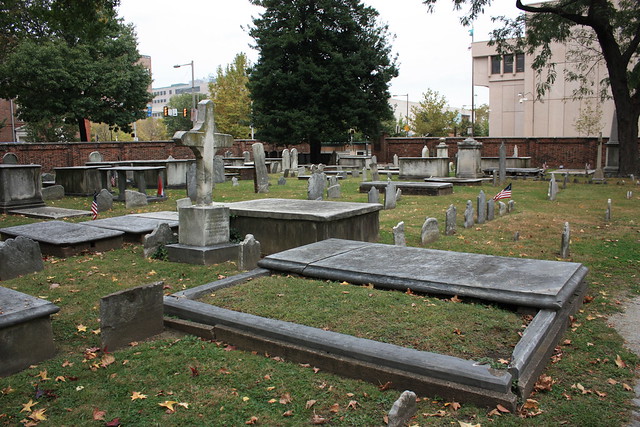 It was awful. The jogging, I mean. The cemetery was lovely.

I find them kind of peaceful. I suppose my mom instilled that in me, which is weird, because she’s reared me to be terrified of so many other things (like thong underwear and undercooked chicken). 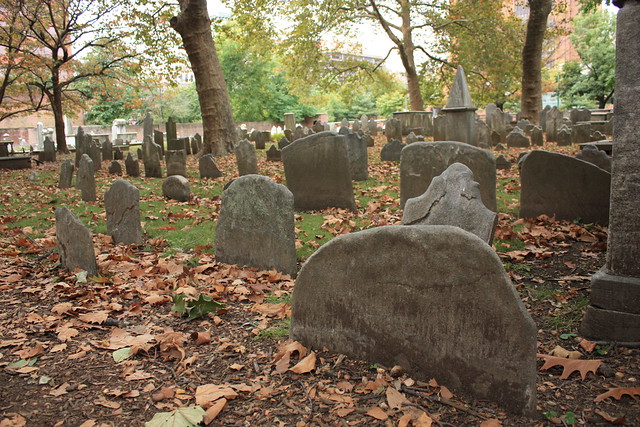 But not cemeteries. In mom’s words, what on earth could harm you in a cemetery?

That sentiment clearly stuck, because I’ve found that I’ve frequented a lot of them. In Oregon. In Kansas. And most recently, in Philadelphia.

I was in town during the government furlough, which meant that nearly everything of historical note was closed. The graveyard where Benjamin Franklin was buried was, however, open. 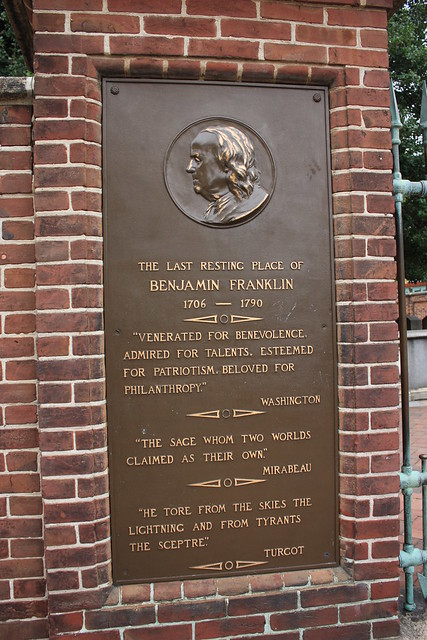 He’s interred at Christ Church Burial Ground, in downtown Philly (though when the cemetery was founded, in 1719, the spot was considered to be on the outskirts of town). Independence Hall, the Liberty Bell Center, and the Benjamin Franklin Museum were all nearby, their doors shuttered as part of the government shutdown. 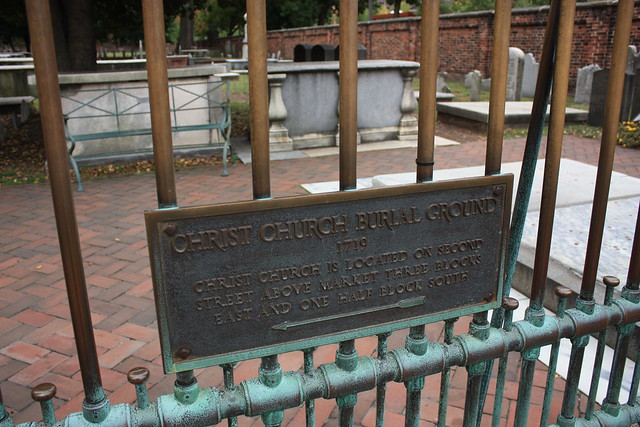 But Benjamin Franklin’s grave was something I could see. Indeed, anyone can see it. It sits on the northwest corner of the lot, bordering the sidewalk, so you don’t even need to pay the paltry admission ($2) to get a look at it. 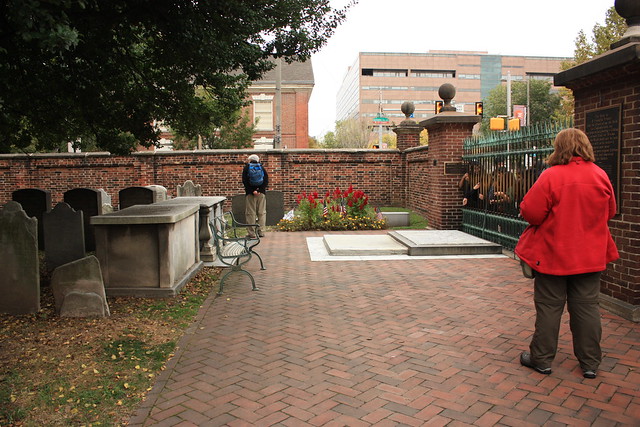 I did, though. I mean, it was $2. And besides, what else was I going to do? I was saving a fortune on this trip because everything else was shut.

I headed straight for Franklin’s tomb. It was covered in pennies. 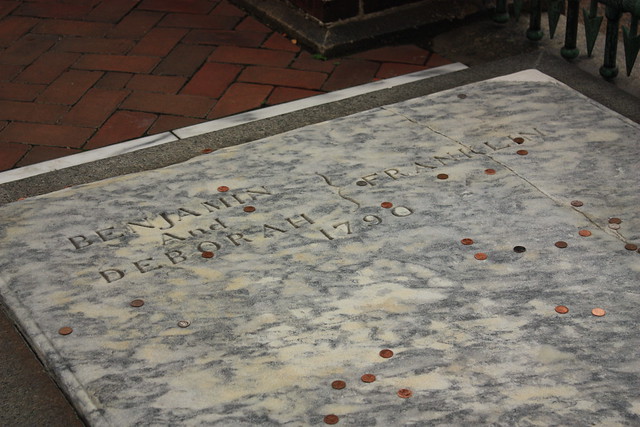 Tossing coins on the headstone is said to be good luck – as well as an homage to the famous Philadelphian, and his “penny saved is a penny earned” maxim (to ironic effect).

Or so I learned from the teacher who was addressing his class just on the other side of the fence. What his students have saved on admission they were now gleefully chucking onto the grave. 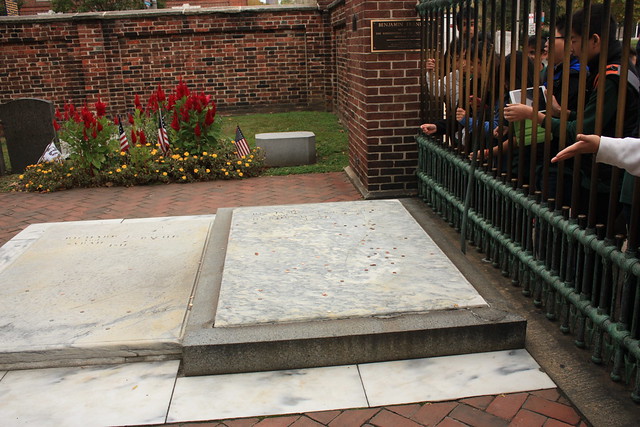 One of them missed – their penny bounced off the marble and landed in the dirt. He asked me to grab it and place it on the tombstone. I obliged. His classmates thought all of it was hysterical. Their noise and laughter filled the chilly air; they sounded like a flock of geese.

When they left, I had the place mostly to myself, except for a pair of tourists with British accents. They asked me why everyone was throwing pennies. I told them what I’d learned, pretending that the information was more than 2 minutes old to me. 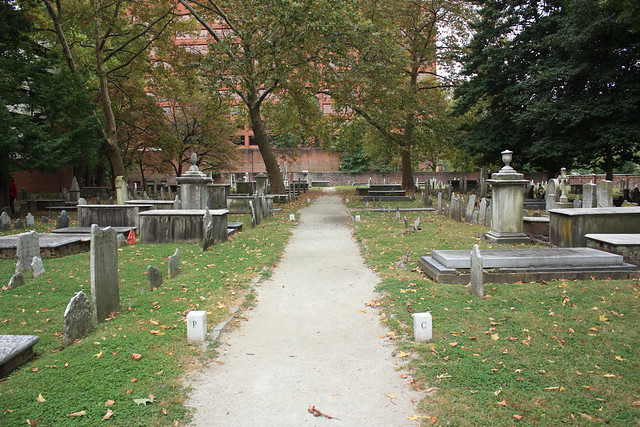 I think they left with the impression that I was a very courteous and knowledgeable woman, and I was content with that, inaccurate as it may be.

The money collect from Franklin’s grave (which amounts to hundreds of dollars every year) is used for upkeep of the cemetery.

There are a lot of rumors going around (can it be a rumor if someone has been dead for two hundred or so years?) that Franklin was a bit of a playboy. There’s no corroborating evidence of this, save for the fact that he had an illegitimate son (who went on to be royal governor of New Jersey. I am unclear on how this is different from being the regular governor of New Jersey, but it sounds impressive).

Still, regardless of whether or not he was able to seal the deal with any semblance of regularity, it sounds like Franklin appreciated the company of women, and I find that comforting. Life can’t be all about signing Constitutions and drafting Declarations of Independence, and establishing Philadelphia’s first fire department, and inventing the bifocal (on a personal note, thanks), and writing almanacs. You need other things, like passion and corsets. When he wasn’t experimenting with electricity, he gave his life balance by experimenting with electricity, if you know what I mean. Wink-wink.

And what a long life it was. Fraklin died at 84. His wife, Deborah, had passed away 16 years earlier. They are buried side-by-side at Christ Church. 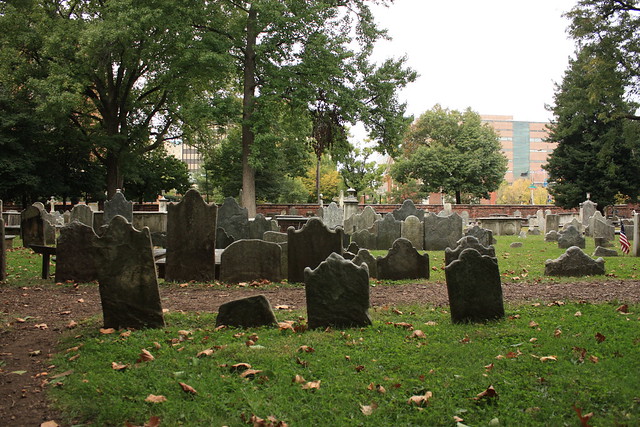 They are not the only historical individuals of note interred at the cemetery. Christ Church is the final resting place of four other signers of the Declaration of Independence – George Ross, Francis Hopkinson, Joseph Hughes, and Dr. Benjamin Rush. 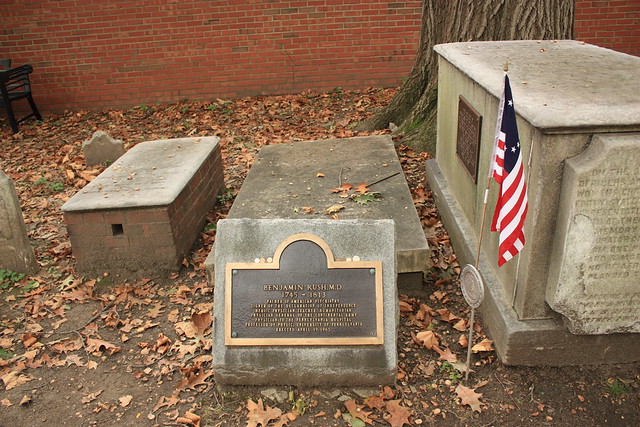 Of those four, Rush was perhaps the most well-known. Credited as “The Father of American Psychiatry”, he was a renowned and popular physician, and his views on mental illness were incredibly progressive for the time (his views on the education of women were decidedly more complicated. He was vocal that girls needed more than simply rudimentary schooling, but still felt that women were the inferior sex, and were unfit to receive the same education as men). He also helped to found the College of Physicians of Philadelphia, of which the Mutter Museum is now part.

There are other graves of note – you can find an expanded list here. 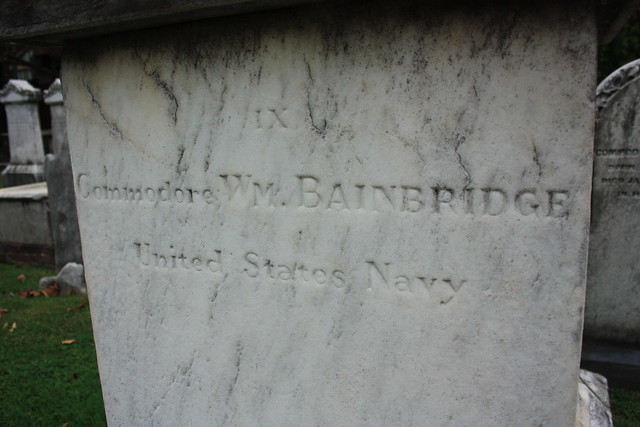 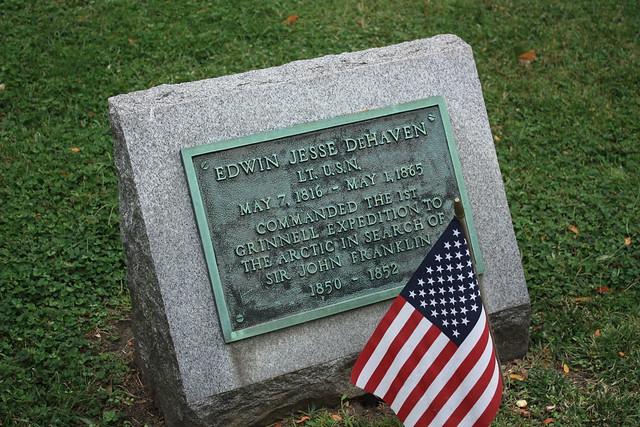 I found them all to be fascinating – looking into the past via chiseled stone. 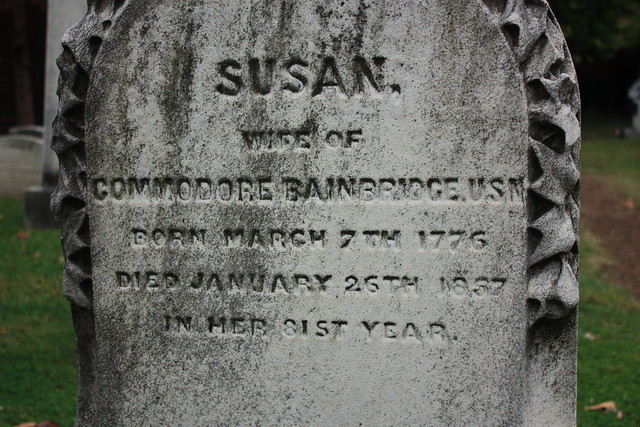 When apparently all you were told about a woman was who her husband was. 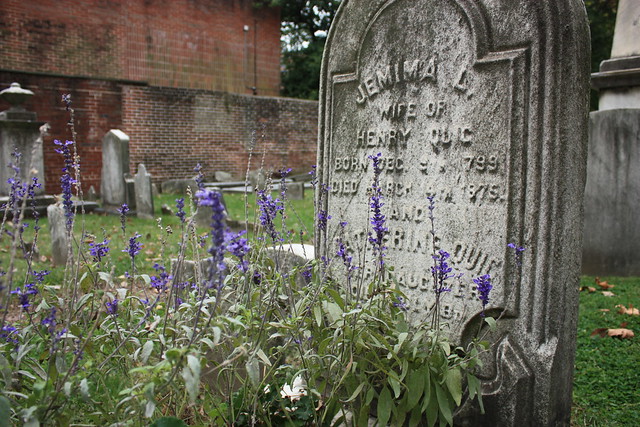 Honestly, though, whether you go just to see Franklin’s grave, or whether you take the time to wander throughout it, Christ Church Burial Ground is just a nice, pleasant place to go for a walk. 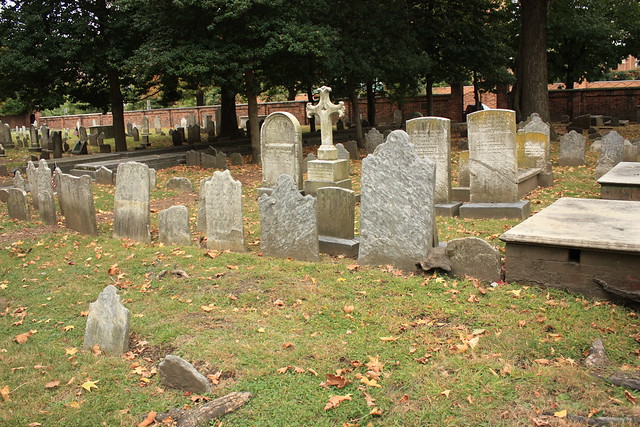 At least, I think so. But then again, I like cemeteries.