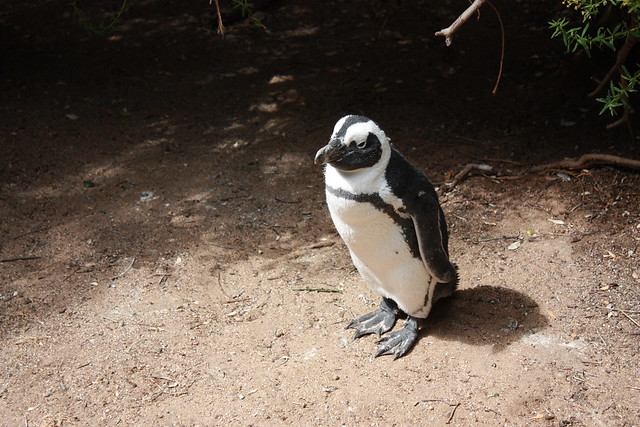 I love how annoyed he looks. Like, “Ugh, I got dressed up for this?”

I was in the process of working on a post about the Holy Grail. My family is Catholic, so I figured it was kind of important, because the grail marks the point in time when we all should have started feeling really guilty about stuff.

Anyway, I was thinking about the post, and drafting a few lines in my head, when all of a sudden my inner monologue interrupted me. It simply said this:

Um, excuse me? I’m writing about the Holy Grail in Valencia, thank you very much.

But I’m writing about Valencia right now and-

Penguins? You want me to write about penguins?

Um, yeah. PENGUINS. What are you not understanding about this?

THERE IS NOTHING MORE IMPORTANT THAN PENGUINS.

There has to be something.

What about global warming?

… which we care about why?

Well, because we’re damaging our planet and our ecosystem, and there are species out there that are very vulnerable to fluctuations in our planet’s temperature.

Polar bears come to mind, and whales, and … oh.

Yup. Everything important all comes down to penguins.

We encountered them way back in South Africa. This is still a concept that I have trouble with: that penguins live in places that aren’t perpetually covered in snow and don’t run around wearing little bow ties. TV was a great parent, but it lied to me in so many ways.

But it’s true: some penguins live in warmer climates. There is one kind that lives and breeds exclusively in Africa. It is called the African penguin, a name that totally loses points for originality. Then again, if it were up to me to name penguin species, we’d have a problem.

And by “problem”, I mean everything would be awesome forever and ever.

If you want to see African penguins in their natural environment, there is a colony of them at Boulders Beach, which is a relatively short drive from Cape Town.

Whoever named the beach probably came up with the name African Penguin, too.

Even before you get to where most of the penguins are (lounging on the beach, often, but not always, covered in a patina of their own feces), the signs are pretty incredible. 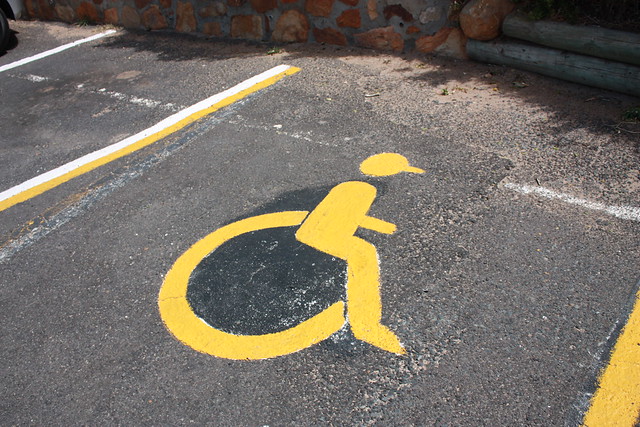 In the parking lot, this denoted a wheelchair accessible spot. 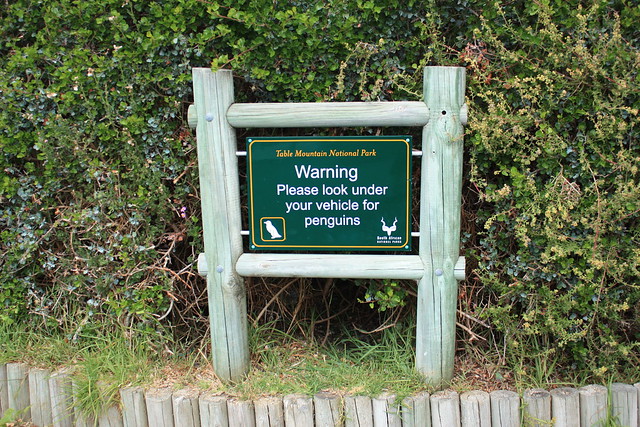 You know what? I’m just going to do this from now on. Wherever I am. 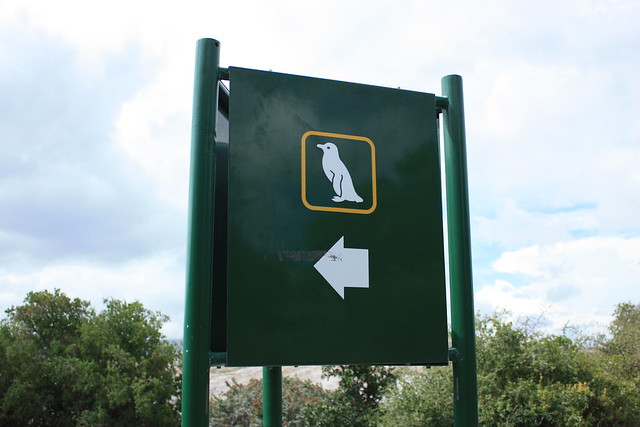 I see and obey. 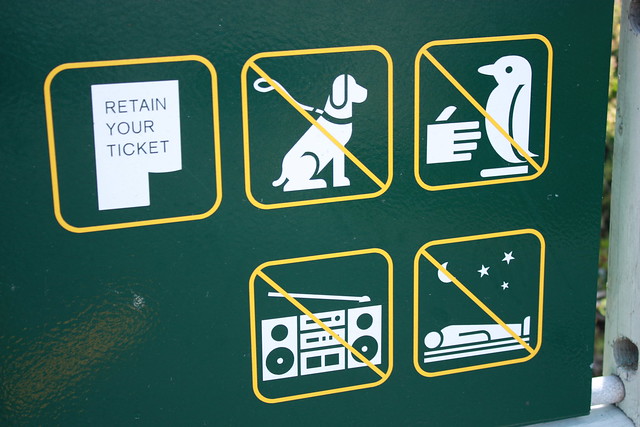 I’m most upset that I can’t own an 80s style boombox or attempt to shake a penguin’s hand. 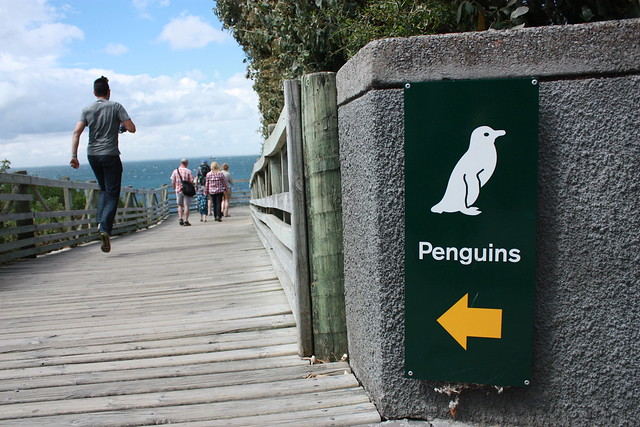 This photo just makes me so happy. Notice that Rand is actually airborne with excitement.

Apparently you aren’t supposed to hug any of the penguins. This bummed me out, until I actually saw the little buggers. Here is the sad truth that you must know:

You really don’t want to touch a penguin. At all. They’re gross. Like, really, really gross. They smell like poop and dead fish, and they’re usually awash in at least one of those substances. They make this awful sort of bleating sound, and if you actually get a glimpse inside of their open beaks, you will see untold horrors. 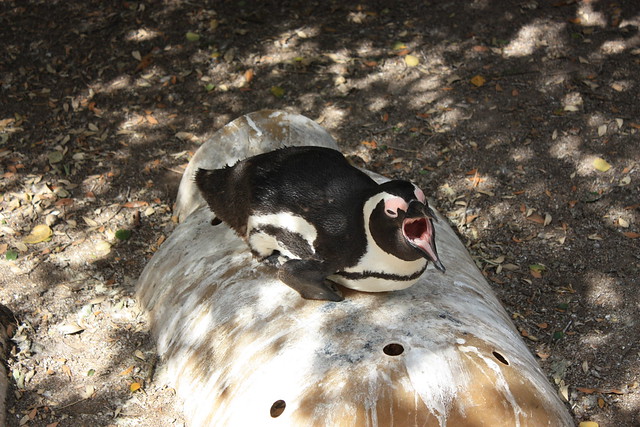 Remember the sarlacc pit that Boba Fett gets tossed into (and remains stuck there for, like, ever)? That is sort of what the inside of a penguin’s mouth looks like.

So you can’t get that close to them, but you wouldn’t want to, anyway. Which works out perfectly, because Boulders Beach has plenty of raised walkways where you can view the penguins from a safe distance. And from a distance, they are wonderful. Goofy and adorable and perpetually overdressed. 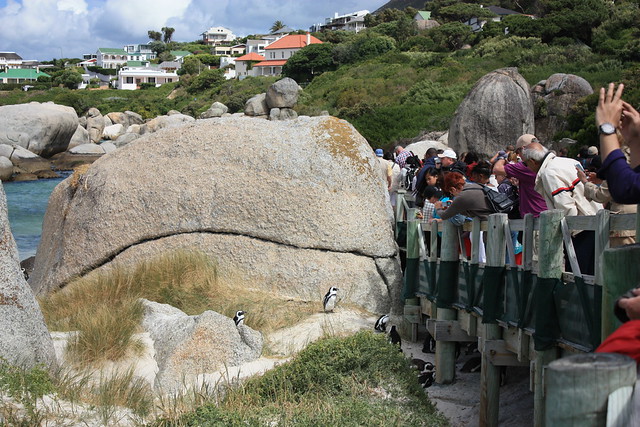 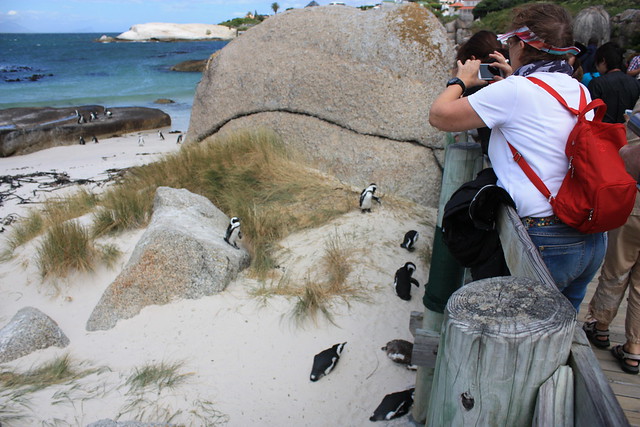 Note: there will be crowds. Especially on a beautiful, sunny day. 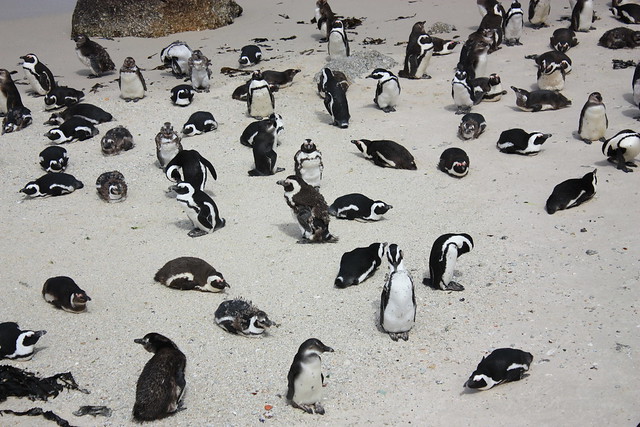 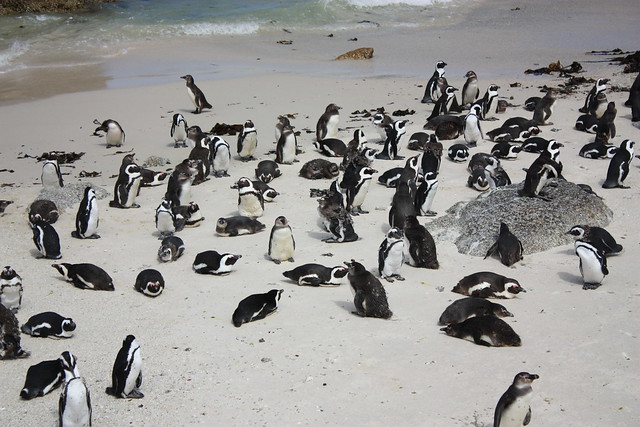 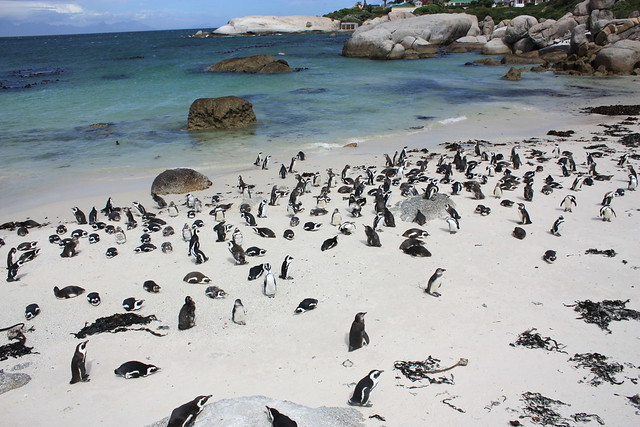 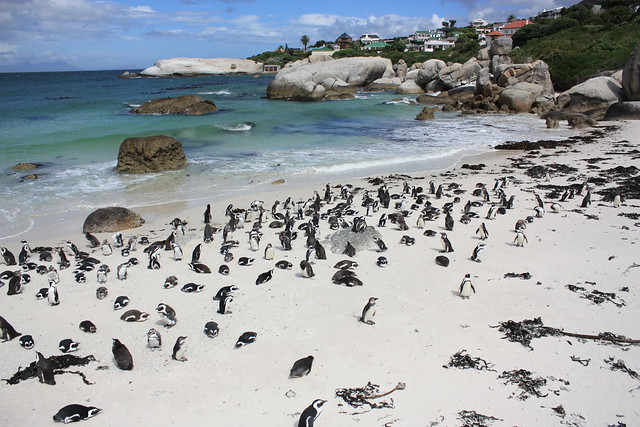 It’s a magical place to visit, especially if you aren’t standing downwind of the birds. 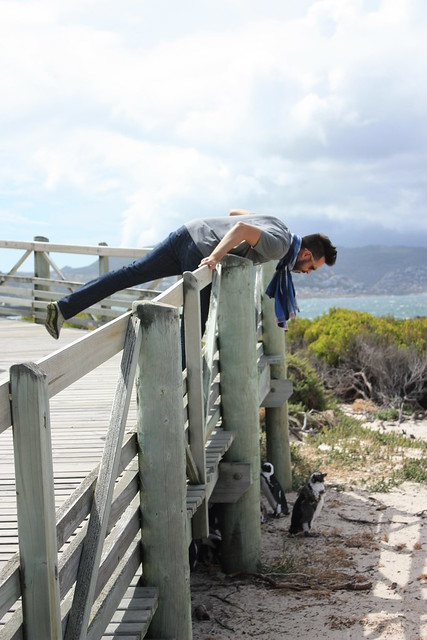