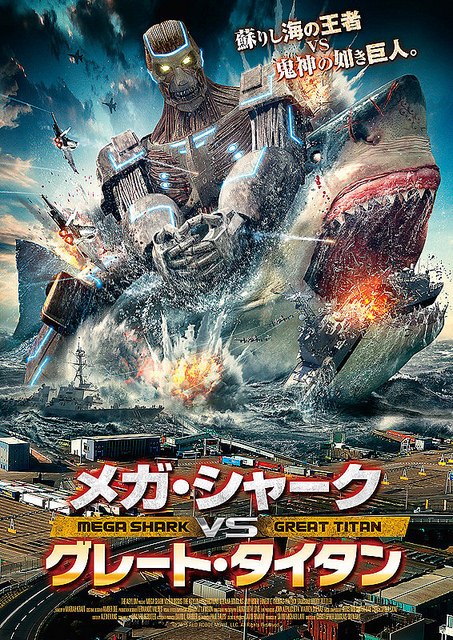 My brother is in a new movie, and this time I found out about it on Facebook, rather than having to stalk his IMDB page like a peasant. This is the poster for it: 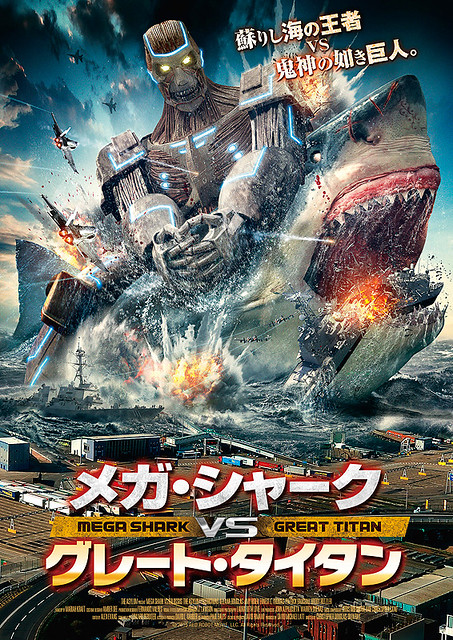 YOU GUYS. It is a giant robot doing the Double Axe Handle wrestling move (yes, I looked it up) on a giant shark and there are also a bunch of planes and ships and explosions going on.

I am going to wait a moment to let the sheer awesomeness of that sink in a little.

Here is the Japanese trailer for the movie:

I don’t speak Japanese, but here’s what I was able to glean from it:

Here’s the U.S. trailer, in which you can also see my brother (at 0:48). He’s the one talking about how the giant sentient robot is leftover from the Cold War (and he’s also in the still image below. OMG.)

I realize that’s a bit of a spoiler, but if you think about it, it’s kind of obvious. The sentient robot was going to be from the Cold War. Or outer space. Or possibly ancient Egypt. I mean, duh.

Also, I think that maybe the shark is mad about global warming. Which is totally understandable. This film clearly has an important message.

I intend to watch it at least a dozen times.

Edward, Family, Nothing to Do With Travel, W, WTF, WTF Wednesday