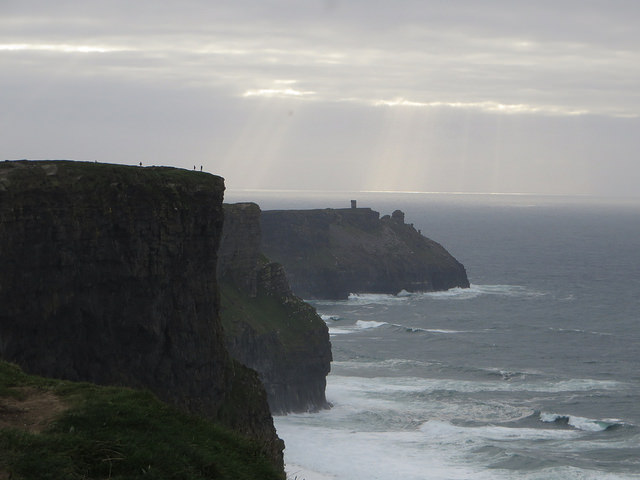 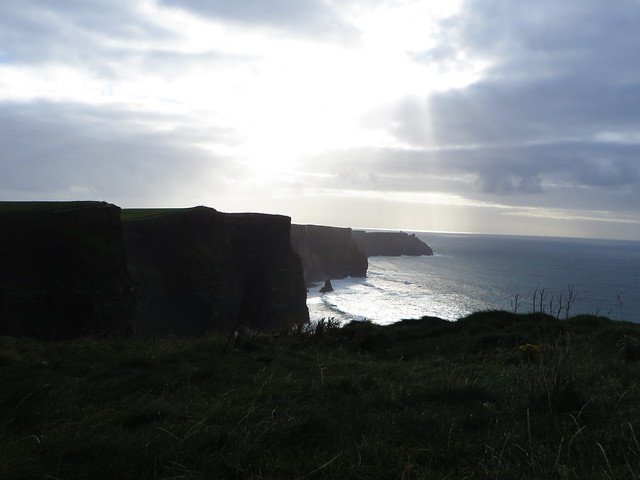 Every now and then, it’s nice to be indulged. I don’t mean all the time – like my nightly requests that we have orange flavored Hostess cupcakes for dinner (“If we did that as often as you suggested it, we’d die.” – Rand).

But once in a while, it’s pretty wonderful when everyone quietly acquiesces to your ridiculous ideas, and spends hours in the car because something caught your whim. 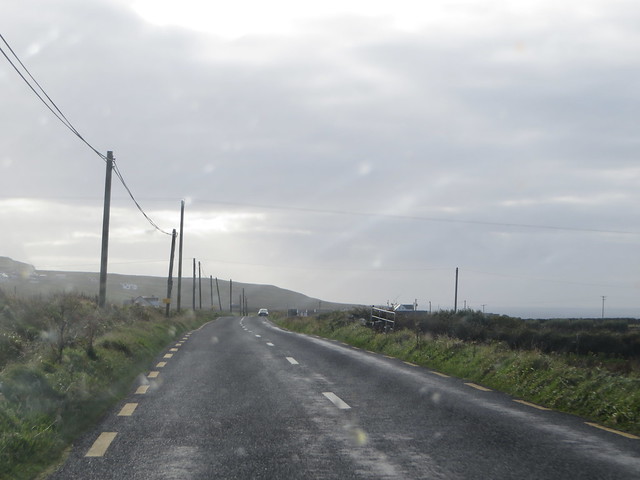 Late last spring, when Rand told me that we were heading back to Ireland in the fall, I insisted that there was the one thing I wanted to see. I’m usually pretty amenable on our trips (well, sort of). I usually don’t insist (for the most part.) But this time, I had my sights set on a specific destination: The Cliffs of Insanity. 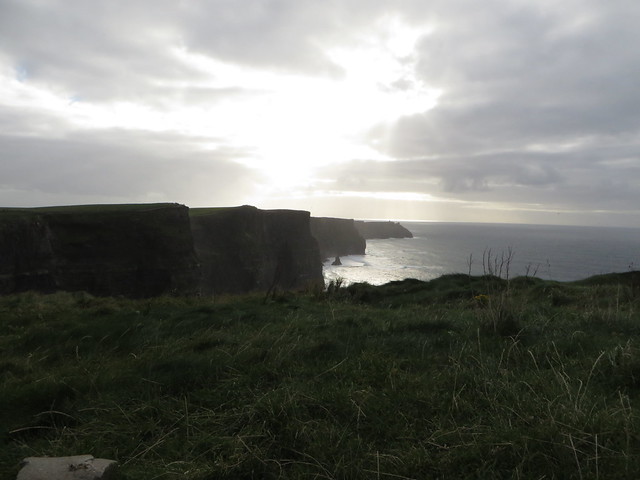 What better way to wind down the year of The Princess Bride?

Now, to answer all your questions:

The cliffs are mostly made of sandstone and shale, and the drop to the rocks below is around 200 meters. They are a pretty incredible sight to behold. 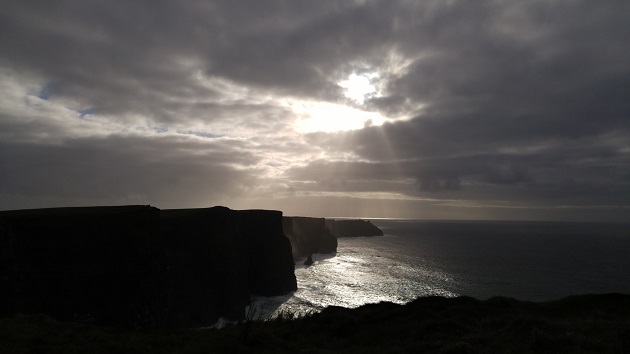 The Visitor’s Center makes it clear that if you go past a certain point, they assume no responsibility for what happens to you. 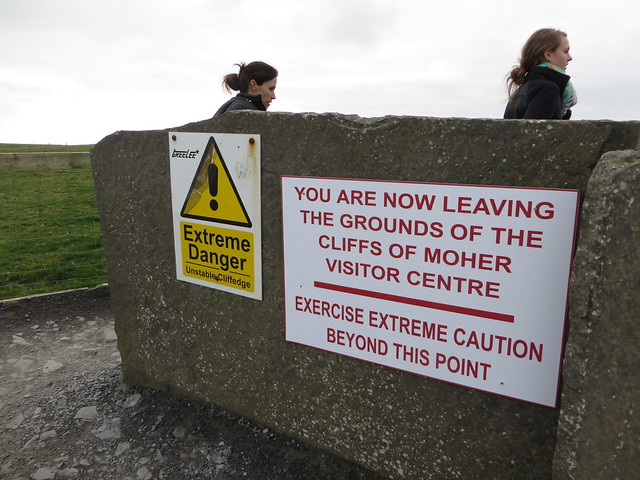 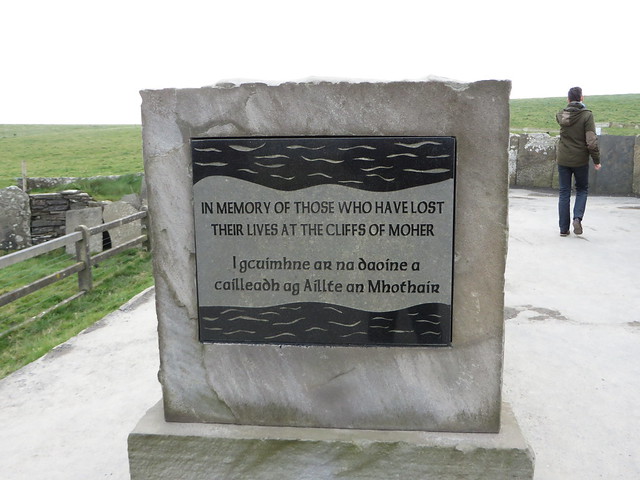 Completely ominous sign, and my husband walking straight passed it.

Some people chose to be risky. 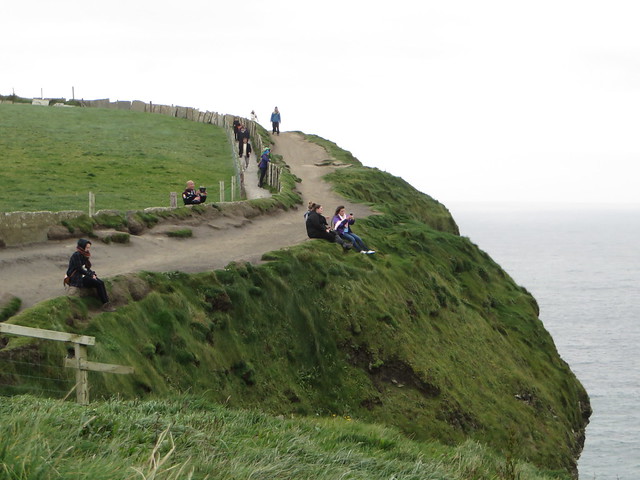 We stuck mostly to the path on the left shown above, shielded by a restraining wall. We would eventually wander to the path on the right (which was, despite being adjacent to a sheer drop, far better maintained), but kept to the wall and away from the cliff. There was no dangling of our legs over the edge, like the mad people shown above. No leaning back to take selfies that might have been our last. 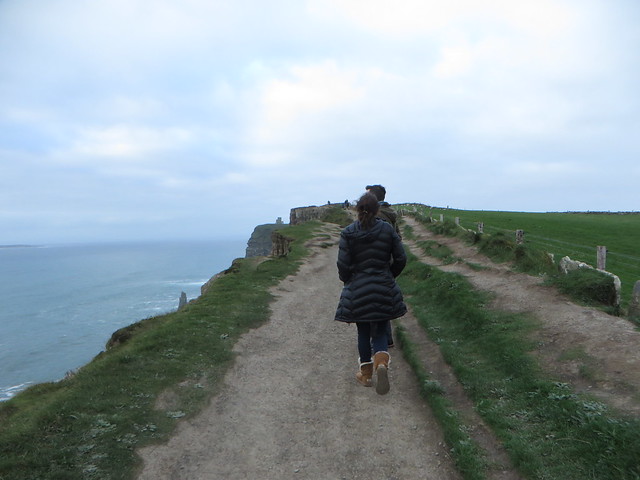 For those of you worried that we were too close to the edge, fear not: there was a good 10 feet of distance between us and it.

There was no tomfoolery. 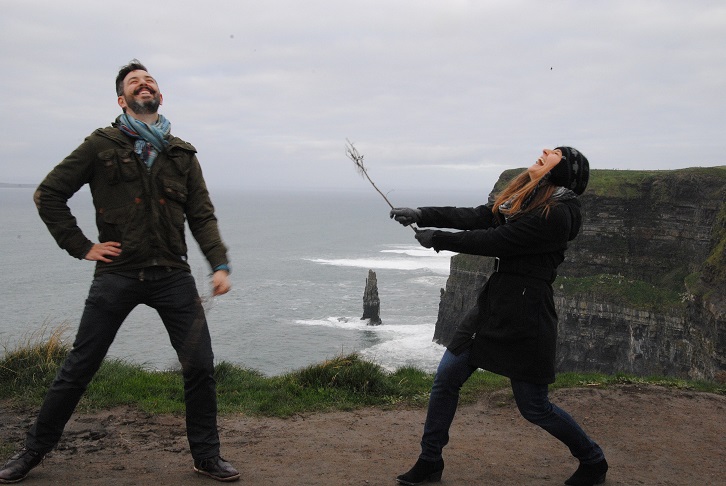 Okay, maybe there was a little, but it was done while paying close attention to where the precipice began.

This was where Westley chased Inigo and Fezzik and Vizzini, in search of the kidnapped Buttercup. This was where the Man in Black and Inigo fought, at first left-handed, and then right. (Okay, fine – so technically it was on a Hollywood set. But it was supposed to be at the top of these cliffs. Suspension of disbelief. WORK WITH ME, PEOPLE.) 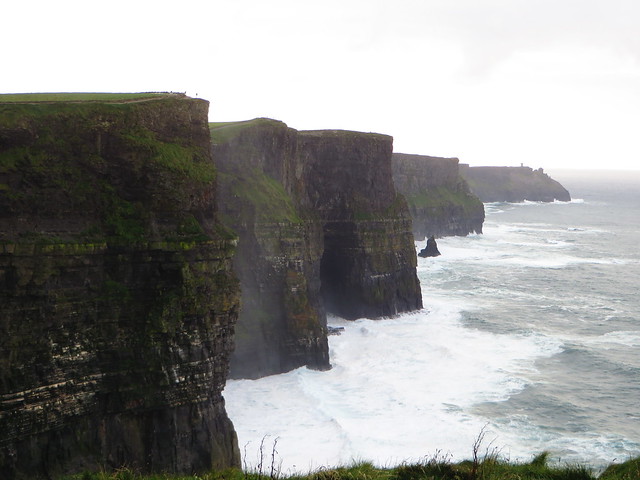 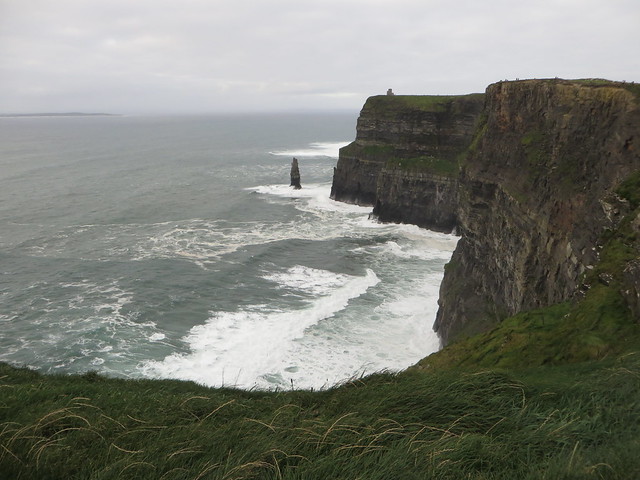 We couldn’t just leave without pretending to fence one another while holding branches in our left hands, could we? 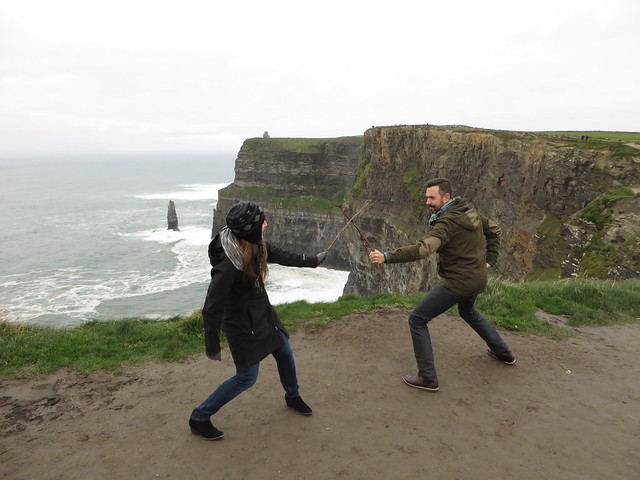 There was really no other option.

I first tried to get Wil and Rand to pose for a photo, but apparently Wil is not as well versed in The Princess Bride as Rand and I. 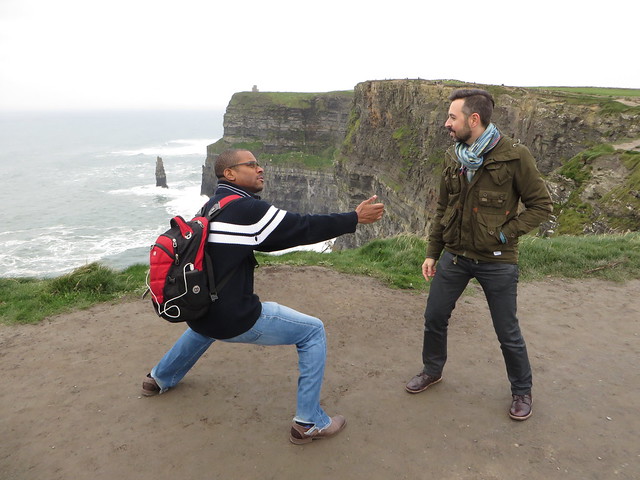 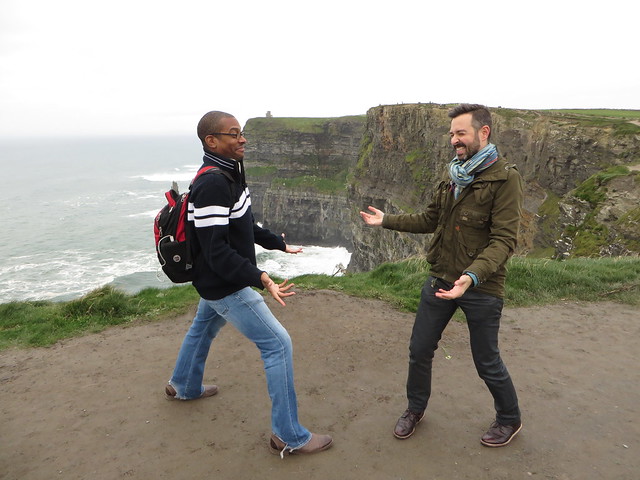 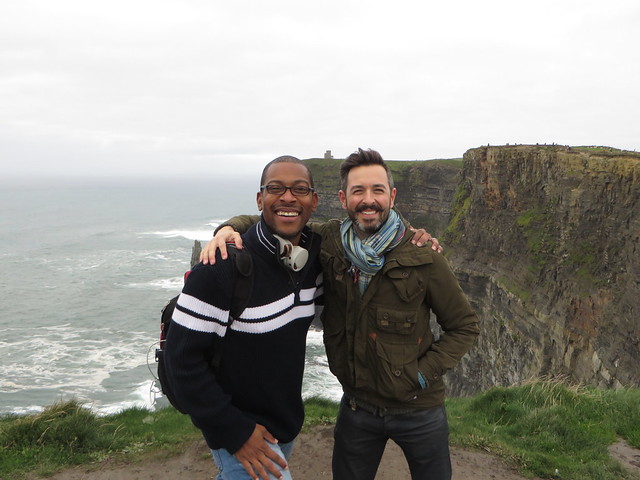 So I took over. I’ve been practicing for this moment for nearly my entire life. 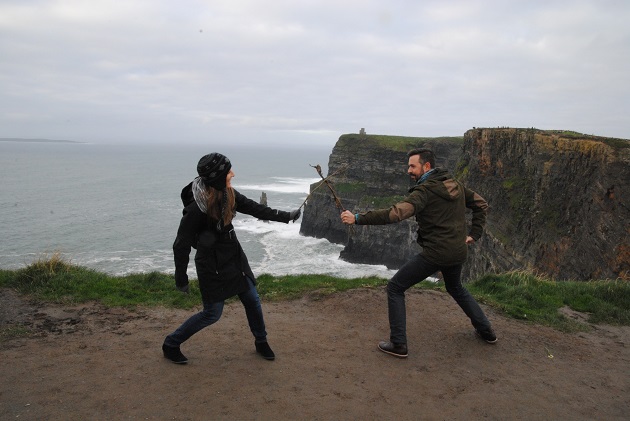 You can’t just jump into this kind of dorkery. It is a talent one hones over years and years. 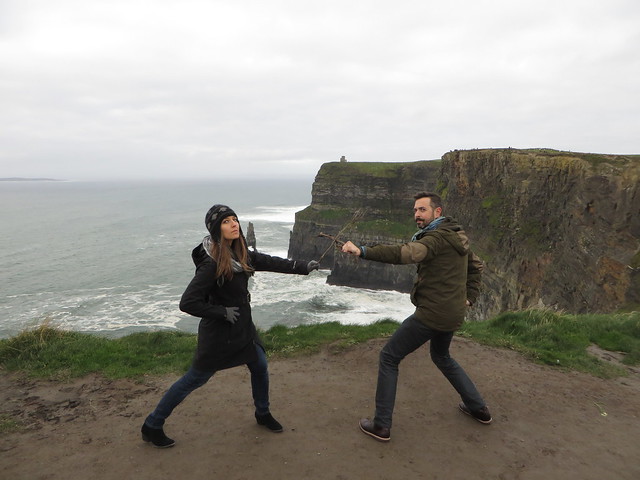 That’s how Inigo was subdued by The Woman in Black. 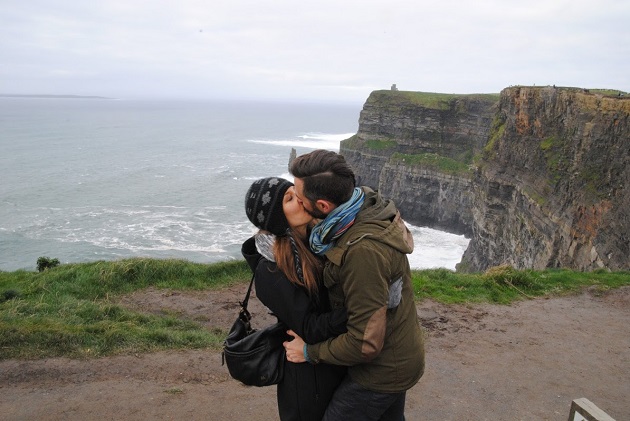 Or maybe it was the other way around? The point is, subduing happened.

During our visit, the sun broke through the clouds. Because sometimes the weather decides to indulge you as well. 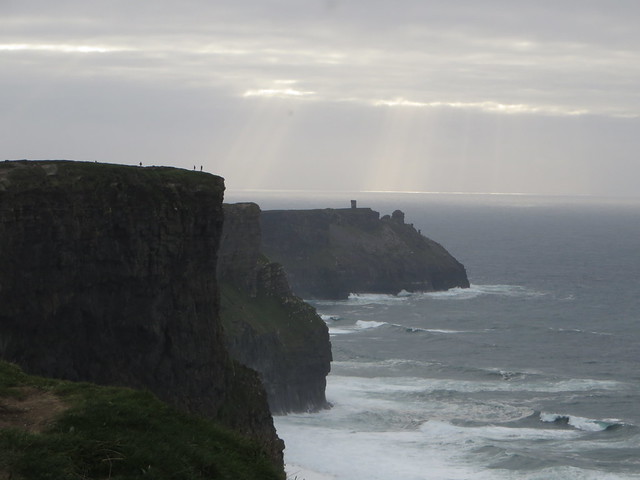 And everything was beautiful in a way that it almost never is. 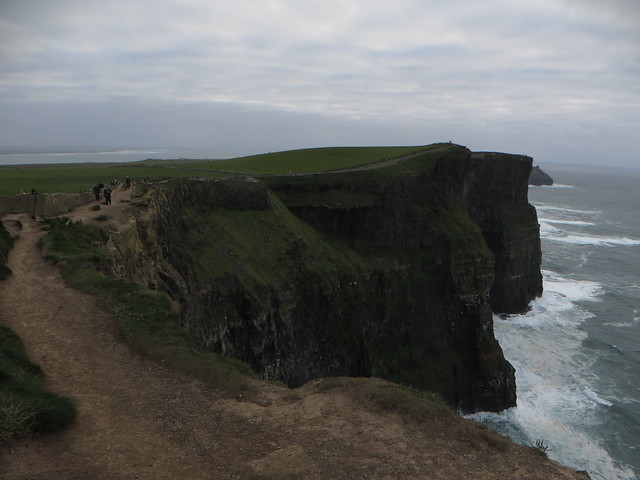 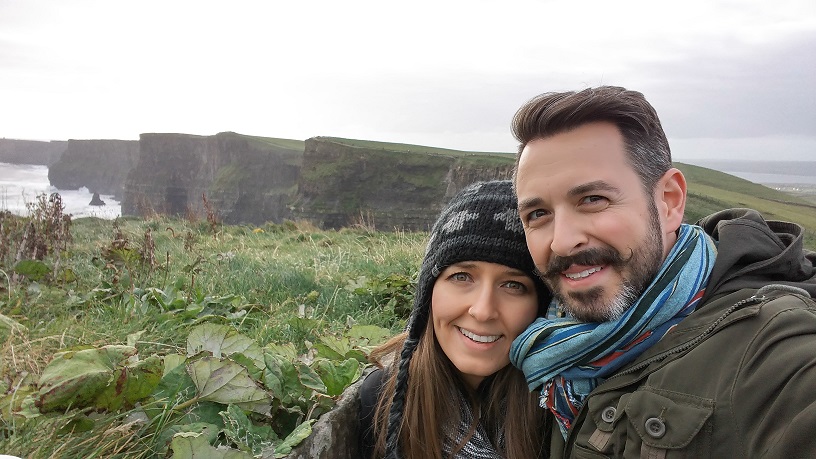 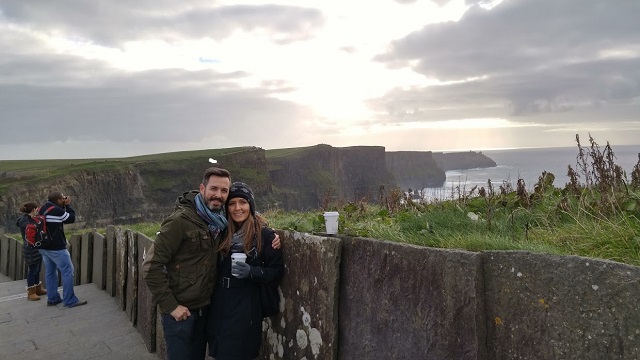 I hoped everyone had enjoyed it as much as I did. They certainly seemed to.

I love how Wil looks like a total goober in this one.

Sometimes, all you really want is to be indulged. And if you are very lucky, your travel partners will do just that. They will drive you to the Cliffs of Moher. They will brave the wind and cold with you, and not become completely exasperated when you speak only in movie quotes. And your beloved will hold you and kiss you near the edge of Ireland itself. For a brief moment, you begin to think there is no earthly request you could make that would be rebuffed. 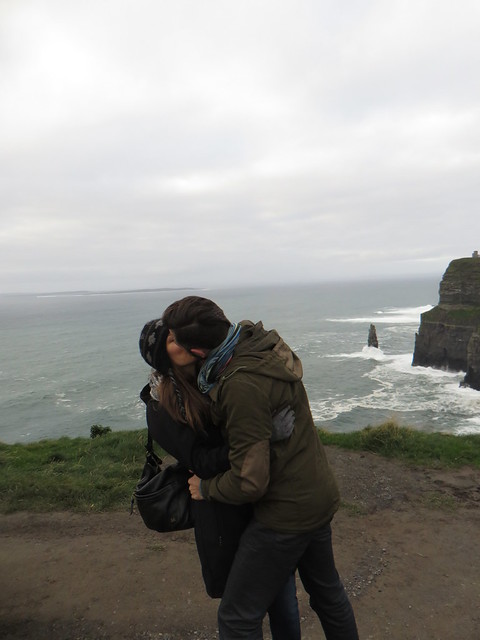 And then you will suggest cake for dinner, and be utterly denied.