We found ourselves at the Oklahoma City National Memorial by accident. We were walking back to our hotel on our last day in town, and we passed it, quiet and looming in its spot adjacent to the main road on which we walked. We’d hoped to make a pilgrimage there but had accepted that we wouldn’t have time, and then there it was: unavoidable.

On April 19, 1995, the federal building that stood on this spot was bombed, in what became the deadliest act of domestic terrorism to have occurred on U.S. soil. 168 people died in the attack, including 19 children who were at a daycare located inside of the building. Most died not from the blast itself, but from when the building collapsed.

At the north and east end of the memorial are pieces of salvaged granite from the original building, which comprise the Survivors’ Wall. It is engraved with the names of the more than 600 survivors of the attack. 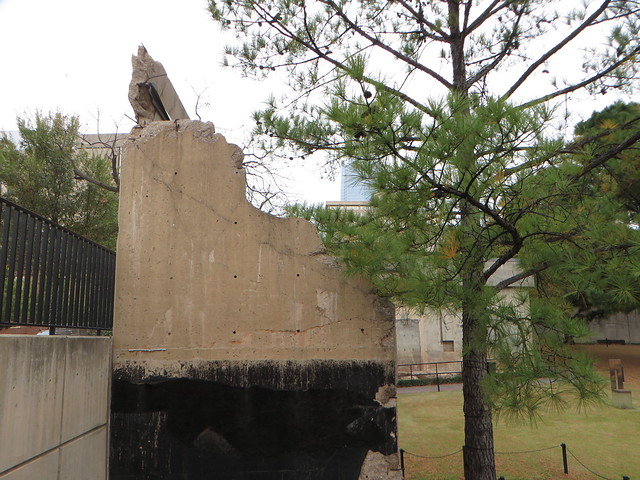 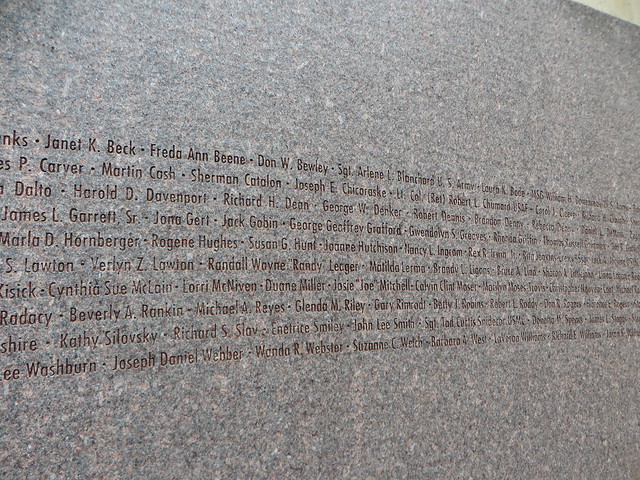 Precisely where the building had once stood are nine rows of metal chairs – a row for each floor of the building. Each chair is engraved with the name of someone who died in the bombing. There are smaller chairs to denote the children who perished. 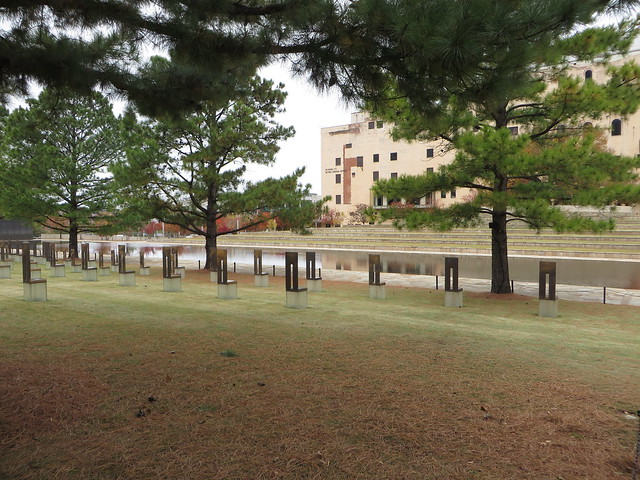 At the center of the memorial is a large reflecting pool, and it is flanked my tall pillars at either side, denoting the time of the “last moments of peace” (9:01) and the time when “recovery began” (9:03). 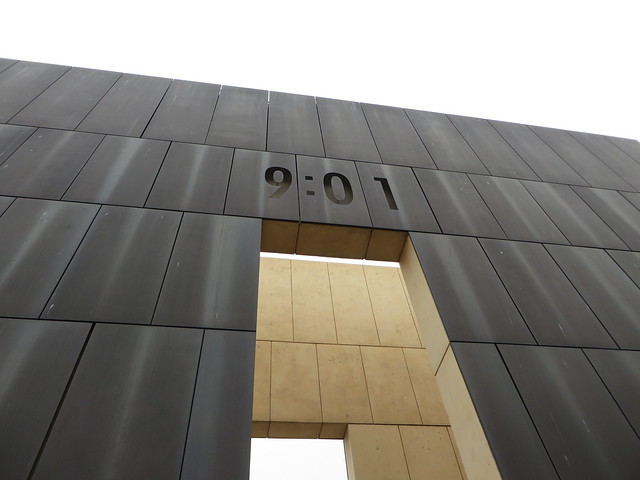 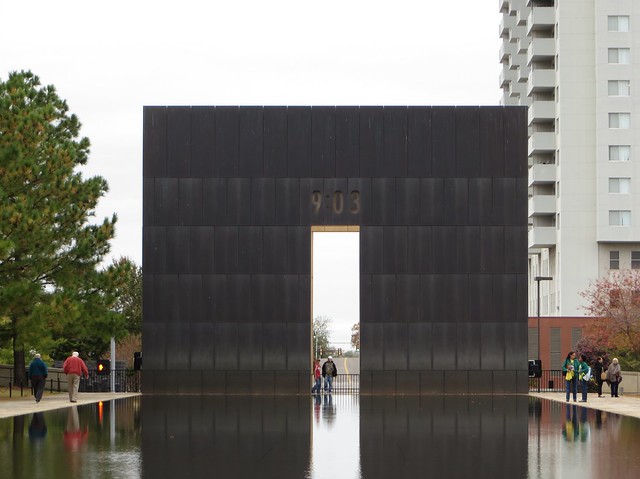 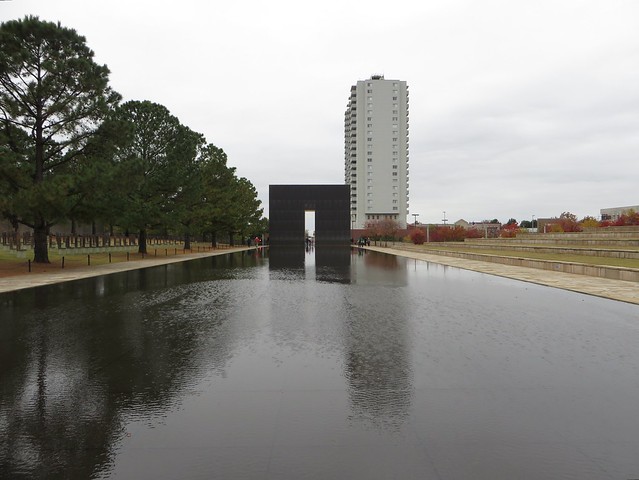 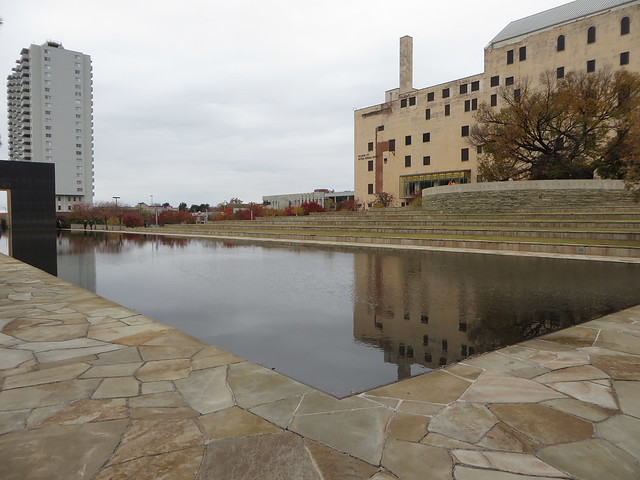 It is an incredibly beautiful, if somber, place. I’m glad we were able to see it, even if we did happen by it on accident.