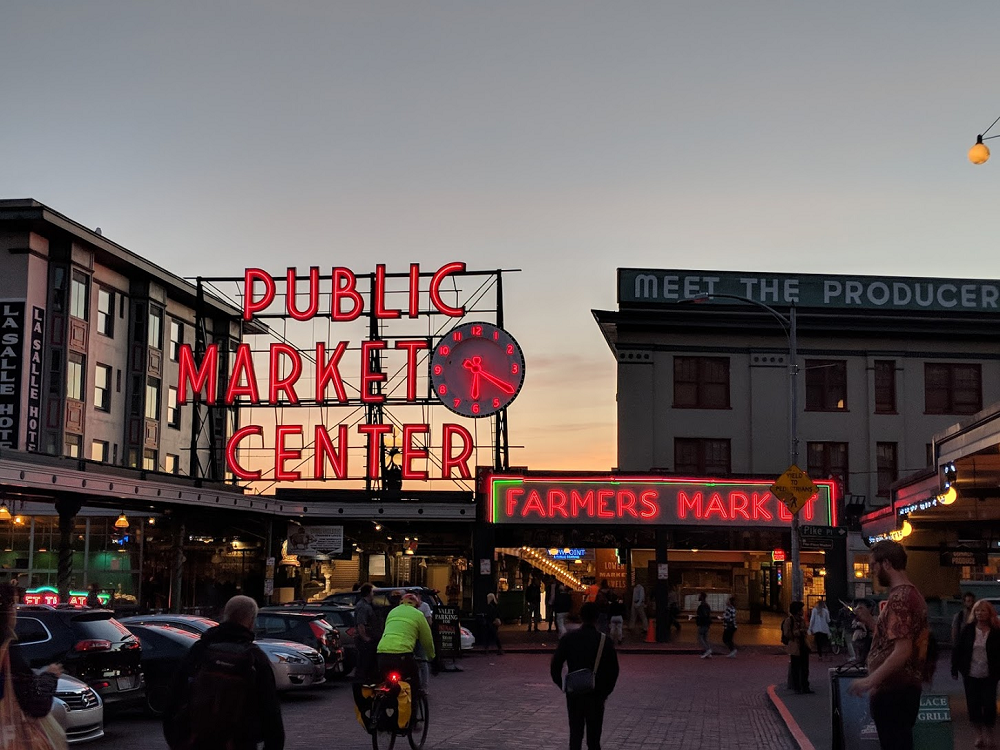 My city feels strangely still right now. I normally hear the sounds from the elementary school nearby, or people walking their dogs, the swish of cars driving by on the street. But it’s oddly quiet at the moment, the only sound the squawking from a few irritable crows whose life mission is to make sure I wake up at some ungodly hour and to interrupt any coherent thoughts I have during the day.

I live in Seattle, the epicenter of the U.S. Coronavirus outbreak. My town has, over the last week, folded in on itself, a slow-motion capture of an amoeba being poked, only with more panicked trips to Costco (I’m bad at analogies.)

Locally, Seattle Public Schools have been canceled for the next two weeks. Big employers are telling people to work from home. Restaurants are closing by the dozens – and Asian restaurants in particular are being brutally hit (while nationally, hate crimes against Asian Americans are being reported). The governor has called for a cancellation of gatherings of more than 250 people. We can’t seem to get testing kits for the virus, because that would mean knowing just how widespread this all is (the Seattle doctor who first discovered the outbreak in the area was told by the CDC to cease and desist her testing).

Stores are selling out of toilet paper and disinfectant and limiting how much people can buy. 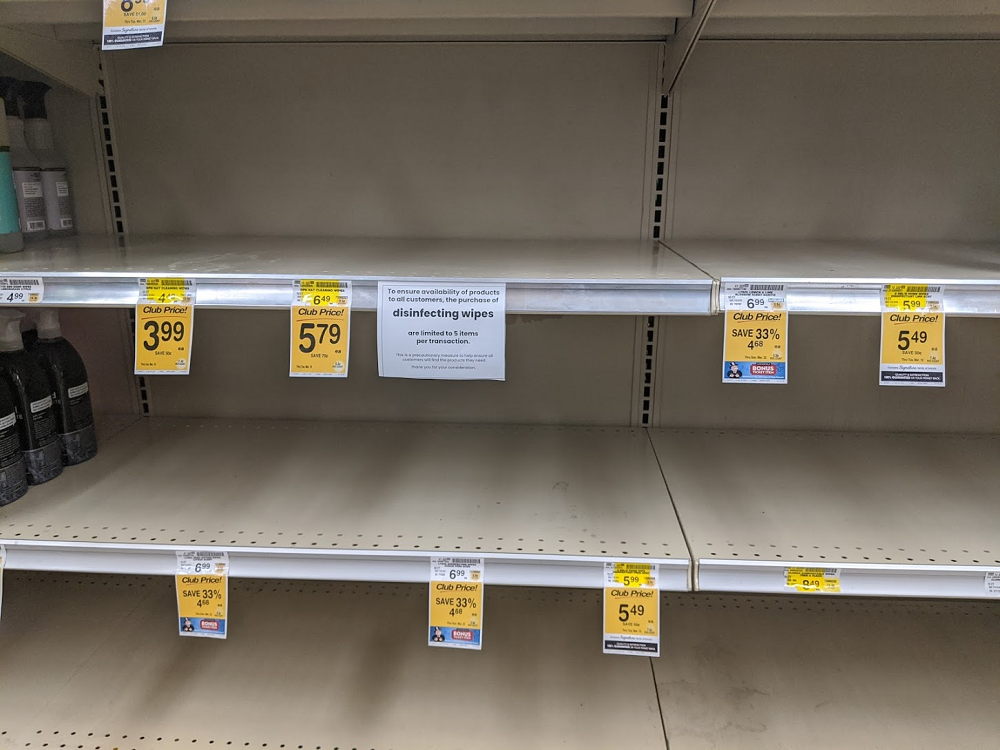 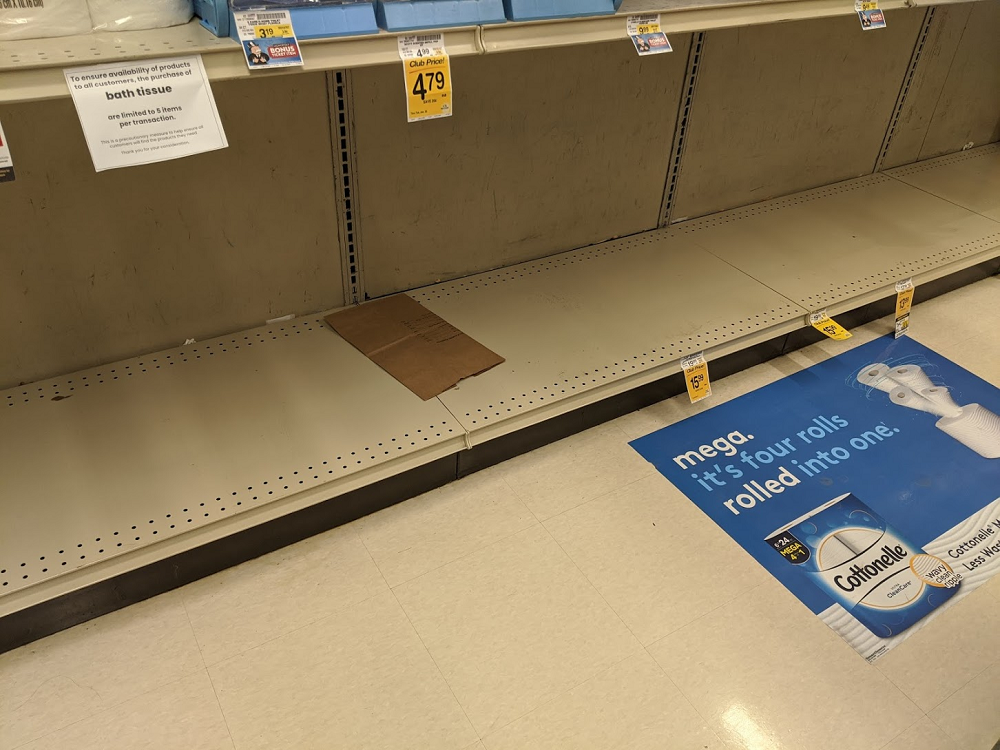 Yesterday, the President instituted a ban on travel to Europe (with exemptions to the countries where he has golf courses). Rand and I postponed trips to Italy, the U.K., and Minneapolis, as a bunch of conferences have been canceled.

And I am sitting in my office, typing at a keyboard that I have just wiped down with a disinfecting cloth. Everything in my office has been disinfected. The keyboard, the mouse, the monitor, the stretch of desk underneath it. I didn’t stop there. I ran Lysol wipes over light switches and door knobs and banisters yesterday, I wiped down faucets and the edges of sinks and random stretches of wall that seemed to incur more contact with humans. While others stocked up on bleach and soap and toilet paper, I took stock of what I already had and shrugged. I grabbed another bottle of Clorox, just in case. I already have so many spray bottles of bleach throughout the house. So many rags and sponges and anti-bacterial wipes.

Being a germaphobe during an epidemic is a strange thing, because it’s like you’ve been training for it your entire life.

I am tempted to judge people frantically stockpiling items in some vain attempt to protect themselves from invisible harm, but let’s be real: that’s how I live my life. My pantry is full. I buy lots of hand soap. I have so, so, so many rolls of paper towels. Somehow, the accumulation of all of these things in my home makes me feel safe. It makes me think I’m ready for anything, even when I’m not. It gives me some semblance of control over the things I cannot control.

“We have fifty rolls of toilet paper,” I told Rand.

“Oh, god, why did you buy fifty rolls of toilet paper?”

“Should I get more?”

A friend once used a dish towel to wipe something off of my floor, and I nearly threw him out of my house. (They aren’t called floor towels.)

Last weekend I coughed in public. As people at the end of an aisle scattered, I wanted to yell at them: Now you know. Now you know what’s it like to be me all the time. Convinced, at any given moment bacteria will jump from the ether on to you. When I was 11, I washed my hands constantly, because I was certain that I was going to get cholera. Cholera. (Which, honestly, it was Florida, so perhaps it was a fair enough concern. But what 11-year-old even knows what cholera is?) After I used the bathroom, I’d splash my hands with rubbing alcohol.

I’ve always been ahead of the curve. 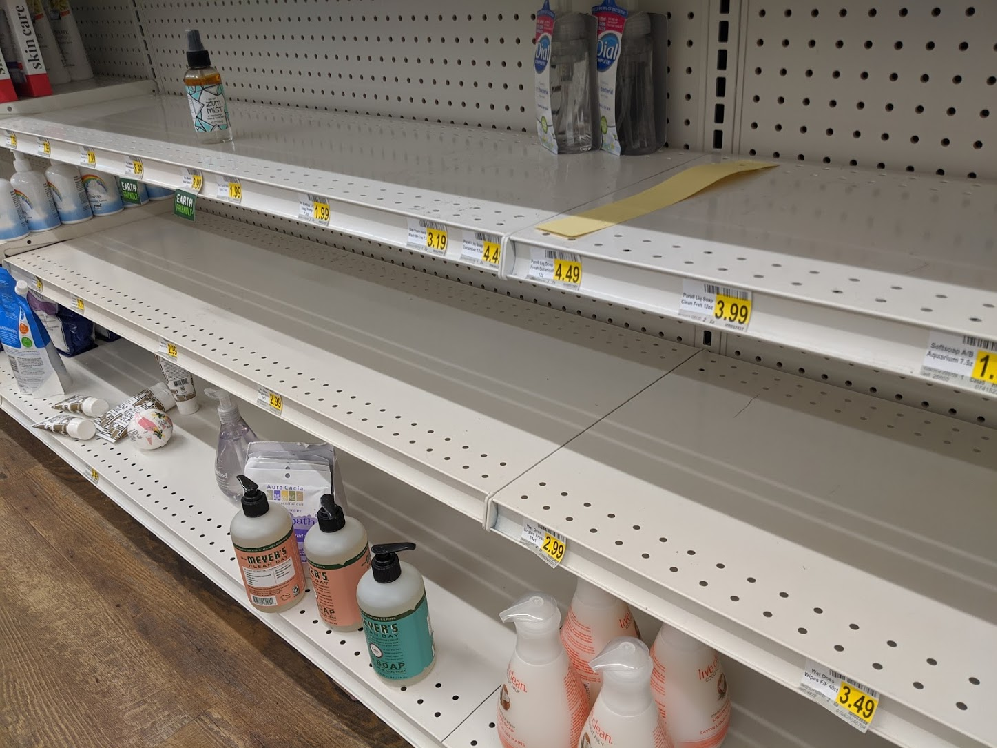 I wipe down my tray table and airplane seat with a disinfecting wipe every time I fly. I run it over the surfaces we might touch, and afterwards, I use Purell on my hands. I see other travelers watching me. I remember one woman starting at me and then giving her husband a look – an eyebrows raised, “that woman is crazy” look. I wonder how much toilet paper she’s purchased in the last few days. I wonder if she’d think I was crazy now.

When I got a brain tumor in 2012, I dismissed it immediately, because it was beyond the realm of things I could have prepared for with extra grocery trips and Clorox. My family of hypochondriacs went into a panic, while I blithely asked my doctor what the odds were that my tumor was a LEGO I’d shoved up my nose as a child. (“It is definitely not that,” he said, either the master of the deadpan, or refusing to indulge my joke.) It wasn’t until weeks or months or years later that I realized that perhaps it was a big deal. That brain surgery is a whole to-do. But it was beyond my scope of control so … *shrugs*

People always worry that their headaches are actually brain tumors. I was convinced my brain tumor was actually just a headache.

My mother came to take care of me in the aftermath of my surgery, keeping an eye on me while Rand was at work. She used my Swiffer to clean my floors but did so without attaching a cleaning pad. She just scraped the plastic holder along the floor, while I sat, staples in my head, thinking, “That is not how you clean,” but being unable to articulate the thought. Being unable to articulate any thought, really. It was the lack of control that got me, of course. God, I couldn’t even clean my house the way I wanted. Just imagine.

I text my cousins in Italy and make sure that everyone is okay. That my 94-year-old great-aunt continues to be fine. In Seattle,  I open up my cabinet and I stare at all of the cleaning supplies, at the piles of canned goods, at the rolls and rolls of paper towels and toilet paper. At things that were all here long before news of this epidemic broke.

“I think I’m getting sick,” my friends say, worried.